Being stuck indoors for a lot of the day over the past four weeks has solidified into a pretty regular schedule. I tend to start early, before anyone wakes up, with a 4-mile run. I don’t pass many people, and we all stay way (way) more than 6 feet away, but it still feels communal—just to be moving in space at the same time as someone else. After that, there are too many people outside, so I spend the bulk of the day at home, working and helping my wife homeschool our kids since the NYC public schools are closed.

We trade on and off with the kids so we can each get some work done. I’m a writer and editor and music manager. She’s an architect. So, yes, we’re inside for a lot of the day, but now and then we step outside on the porch, and if the sun is out, we’ll wander into our yard (we got the kids a tetherball set, for some self-contained outdoor excitement). We hang out there with our dog, too. Or we just sit in the sun, which I am realizing now is highly underrated (or usually overlooked). Otherwise, we’re indoors playing games, reading, and working. At night, we cook and eat dinner together, then we watch some kind of nature documentary (the kids are very into ants) or a LEGO show (the kids are into LEGOS of all sorts). Then we get the kids to sleep and hang out together, me and Jane.

Throughout this process–it’s weird to think of your day as a process, but that’s what it feels like right now—I tend to come back to the same songs over and over. I think it’s because at this moment, I’m really appreciating ritual and regularity. I’m almost superstitious to shift any of it up. So, these are the songs (and albums) I have been returning to over and over. First, there are three full albums that show up each day, but I’ll just list the first song of each. These punctuate the morning, afternoon, and evening.

“Everyday” by Yo La Tengo
I’ve been running to the album And Then Nothing Turned Itself Inside-Out. It is quiet, meditative, and feels like a sort of whisper in my ear when I’m running alone at 6am through a mostly empty city. “Everyday” is the first song on that record, but I am listening to the whole thing to about the 40-minute mark, and then finding myself back at my front door. Before all of this, I was listening to Vladislav Delay’s Rakka every time I ran, but I’ve wanted something less apocalyptic.

“placeholder” by Hand Habits
I play Hand Habits’ album placeholder first thing in the morning. Meg’s music sounds like a sunrise to me, or a morning prayer.

“Pink Moon” by Nick Drake
We end up listening to Nick Drake’s Pink Moon during dinner. It’s calming, and works well as background music—it doesn’t overwhelm the conversation at all. It’s mostly there as something comforting in the distance. It’s also a break from some of the music my kids play after they’re done with their schoolwork—they are really into blasting Panic! At The Disco, and surprisingly, traditional Russian music. Last night we put together a Frida Kahlo puzzle to an album called The Best of the Red Army Choir by the Alexandrov Ensemble. They are also very into Ace Hood’s “Bugatti” and A$AP Ferg. 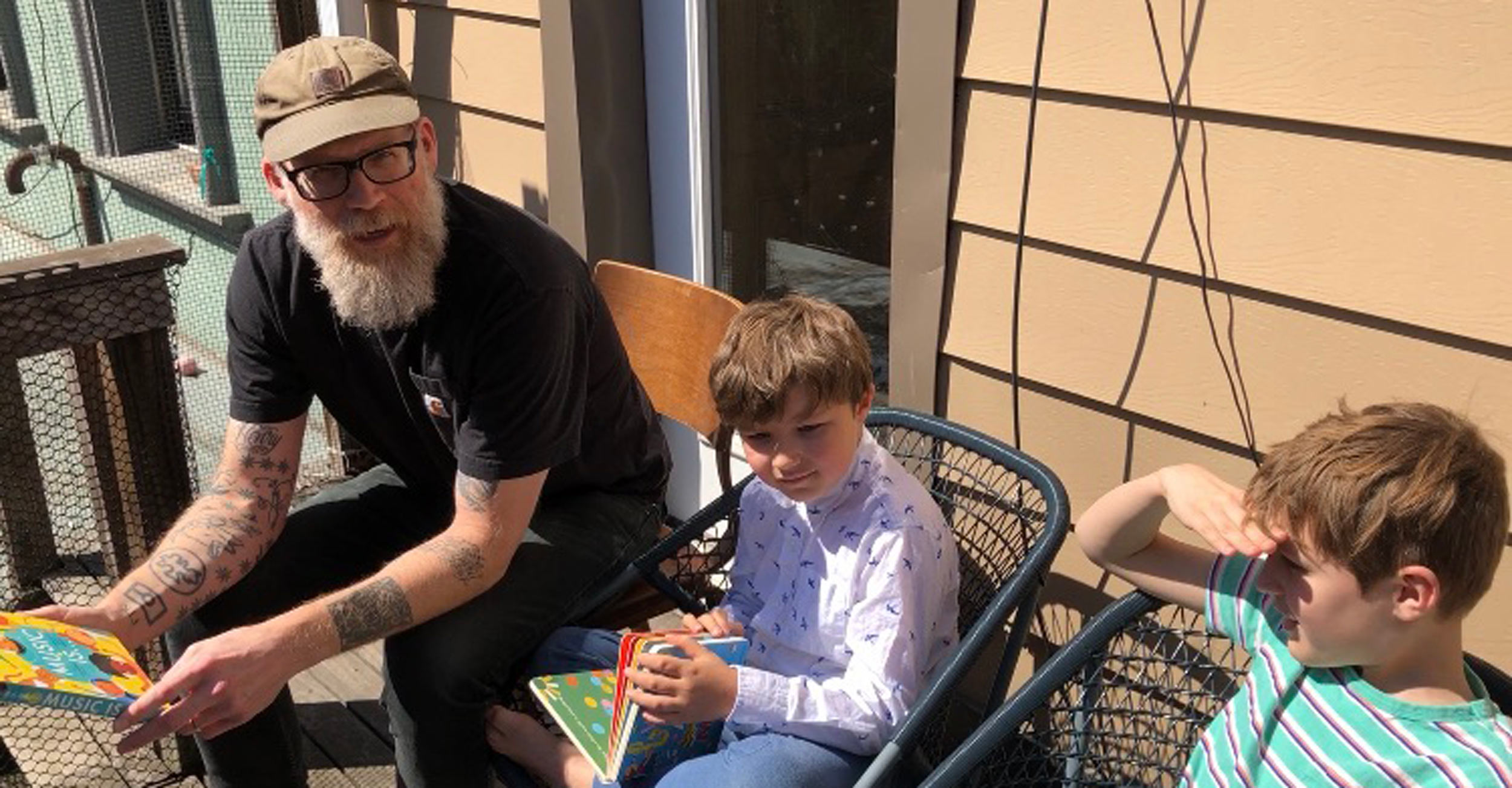