'Art for art's sake': How Casteel uses portraiture to connect with the beauty of her communities

The art of Jordan Casteel is grounded in empathy—in the space where the boundaries between the self and the other melts away leaving the impenetrable bond of compassion and understanding that lies at the very root of our humanity. Here, in the sacred realm of spirit, a mutual affinity between souls is distilled and preserved forevermore in mesmerizing works of art.

“My entire life, I would be the person described as a deeply empathetic, caregiver, leader, observer,” Casteel says. “It’s been a natural space for me to encompass because it is so inherent to who I am. I have always been curious about what people experience before they got in front of me: all the things that make them who they are. Then, when they are in front of me, paying attention to the subtle gestures, body language, and tonal shifts in a conversation that allude to something deeper or more meaningful.”

In Within Reach, her first solo museum exhibition (temporarily closed due to COVID-19) and accompanying catalogue, Casteel invites us into her world in a series of nearly 40 large scale paintings that celebrate the beauty of color as it exists in people, places, and the nature of art itself. Casteel’s encounters with the people of her community are so powerful and poignant, you might think she has known her subjects all her life—but many of the relationships begin with the first encounter to make their portrait. That’s simply Casteel’s way; she moves through the world with fluidity and ease, her curiosity guiding her to cultivate connections with people from all walks of life that populate the communities where she has lived and worked over the past decade. 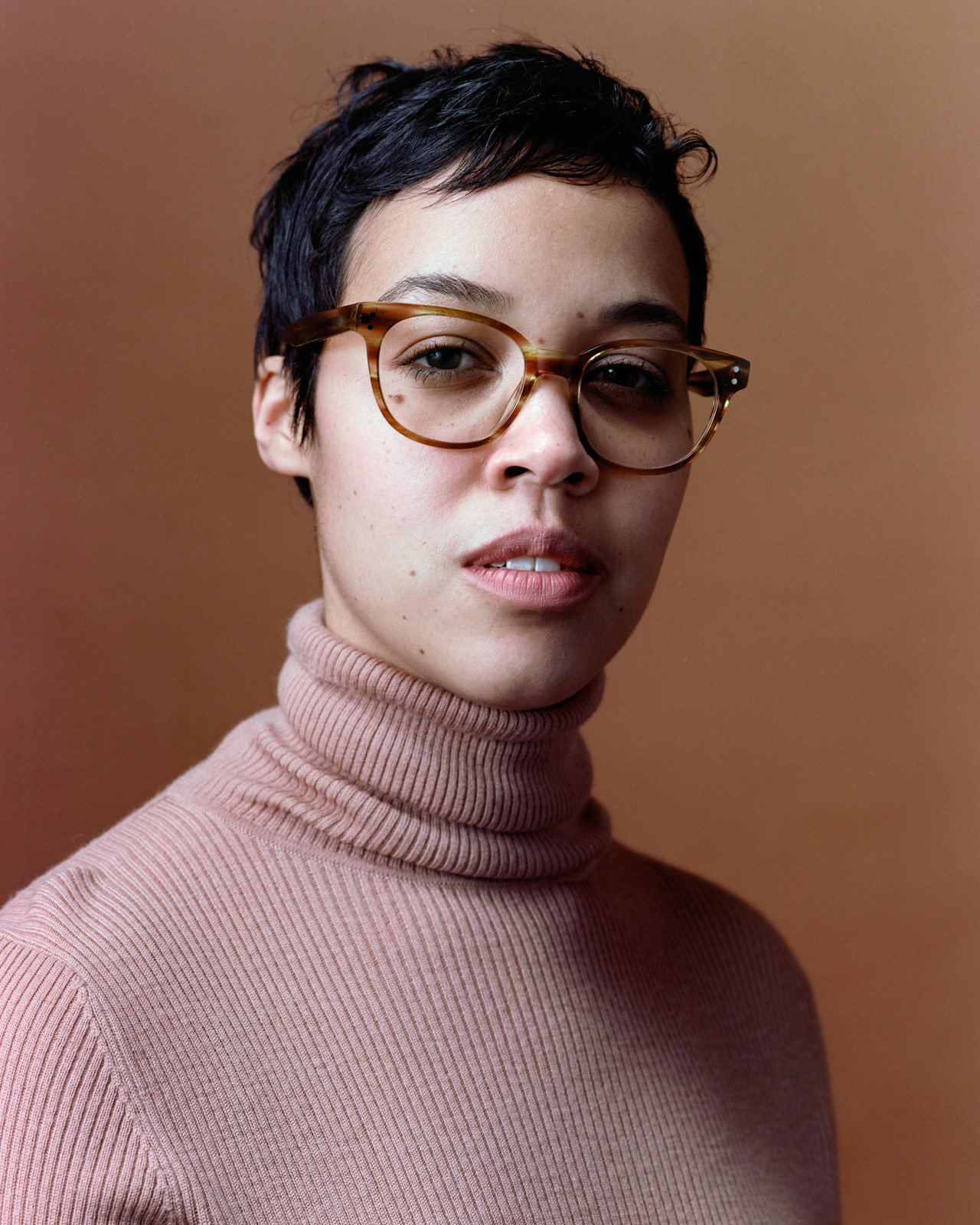 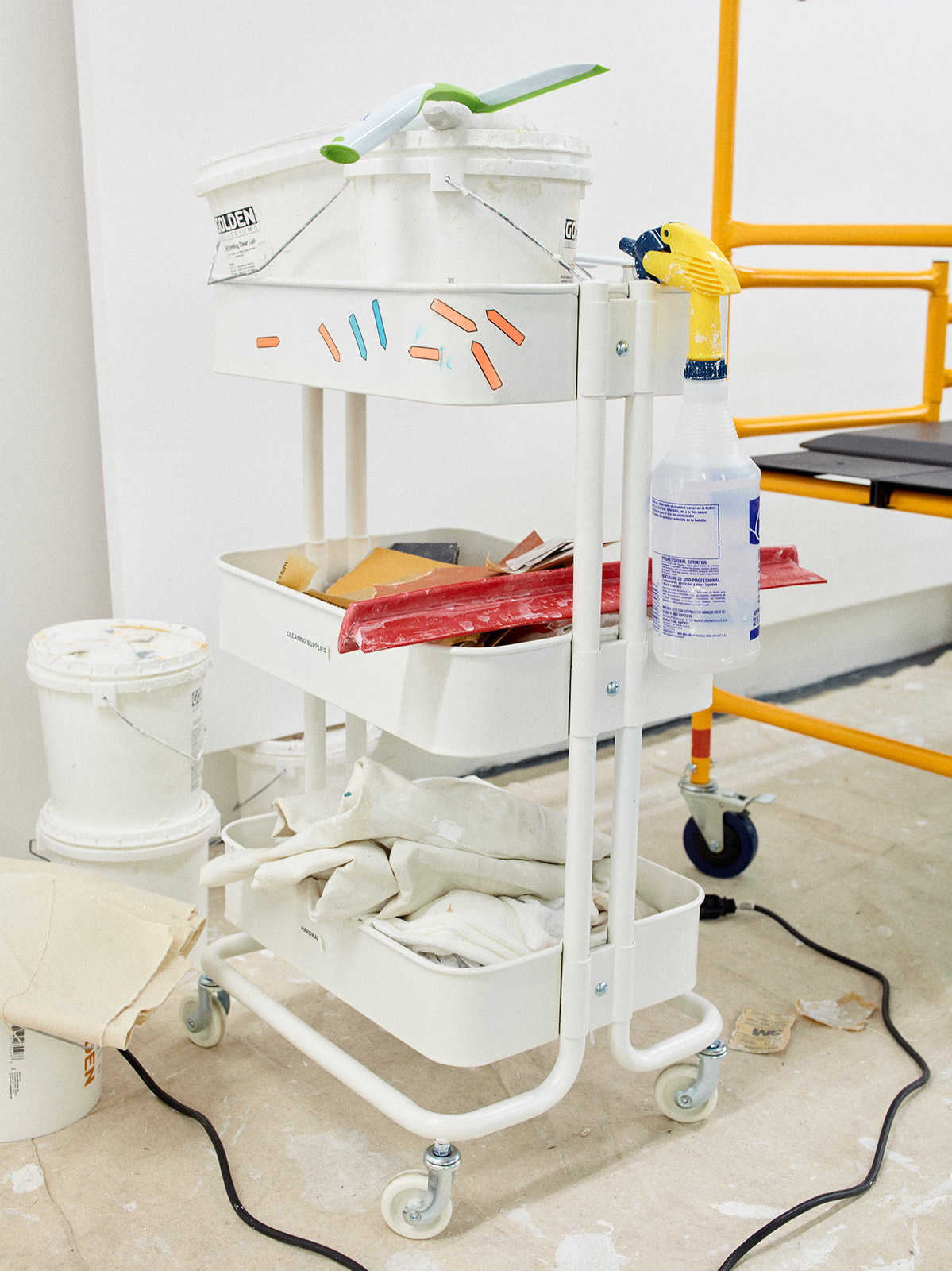 As a Black woman artist working in America at a time when the art world is finally beginning to recognize Black Art, Casteel’s experiences making portraits follows W.E.B. Du Bois’s concept of double consciousness. “It is inherently political in that I am doing this to begin with but it is worth noting that oftentimes there isn’t room to have a conversation about my love of material, the compositional decisions I am making, my desire to find balance within the frame, mark making as a whole, and the layered complexity of color in these paintings to ignite certain feelings and tell stories,” Casteel says.

“Sometimes that gets overshadowed by the narrative of my Blackness and the Black sitter, the obvious parts of the practice. When I say ‘Can I make art for art’s sake?’ I am also pushing to have the conversation with me that they would be inclined to have about Jasper Johns. Painting for me is an act of meditation. I’m not thinking about the world when I’m painting, which is why I love it.”

For Casteel, the portrait is a myriad of experiences woven together in a tapestry of paint, color, line, shape, and form that evokes the spirit of the people she encounters in different corners of her world. Within Reach features work from the celebrated series Visible Man (2013–14), a series of male nudes made while studying at Yale; Brothers (2015), portraits of family and friends; Nights in Harlem (2017), portraits of people she met on the streets of her adopted home; and recent cropped “subway paintings” and portraits of her students at Rutgers University-Newark. 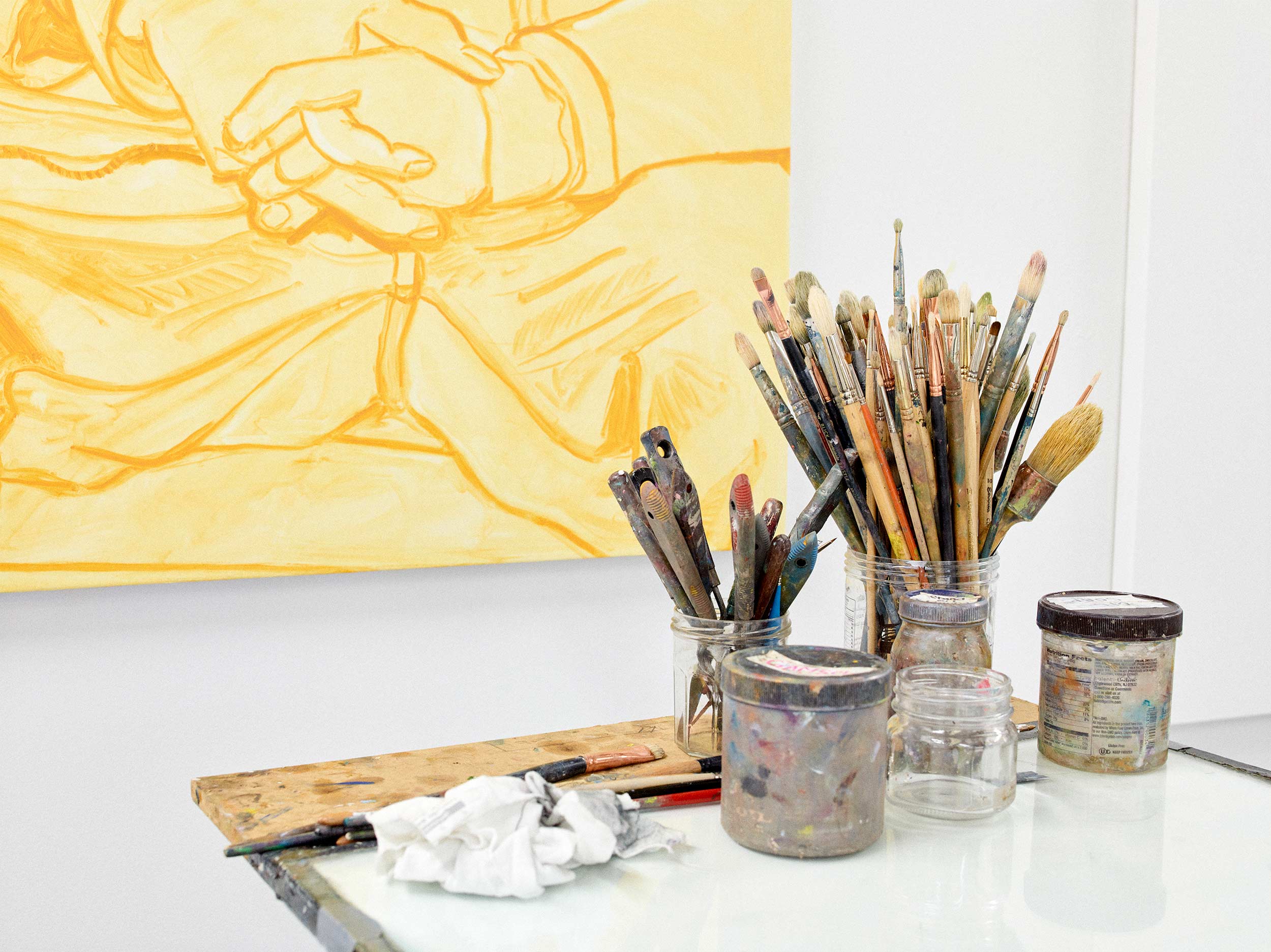 “These are the communities I am surrounded by. I have a hard time imagining popping into some random place and photographing the community and leaving. I think a lot about the way voyeurism functions in the world. When I was at the Studio Museum in Harlem as a resident, we used to joke about the double-decker busses that rolled down 125th Street and all the tourists were in there looking down at the community but only driving through, not stopping and spending time,” Casteel says.

“Real investment in community is something I am passionate about, and building those relationships, not just taking and leaving but being involved and introducing one’s self. The most important part about identifying a subject and finding them is that they are all a part of this landscape of my life and engagement with people who mirror aspects of my life or people that I love, and feel familiar in that way. They become my friends.”

Every portrait begins with a photograph that Casteel makes, then uses for reference as she paints alone in her studio deftly crafting each work. The element of time is an integral part of Casteel’s work. “There’s real instant gratification thanks to social media but in reality I haven’t really engaged with anything in the second I engaged with it. I love that painting distills it down to the most essential parts of our humanity,” Casteel says. 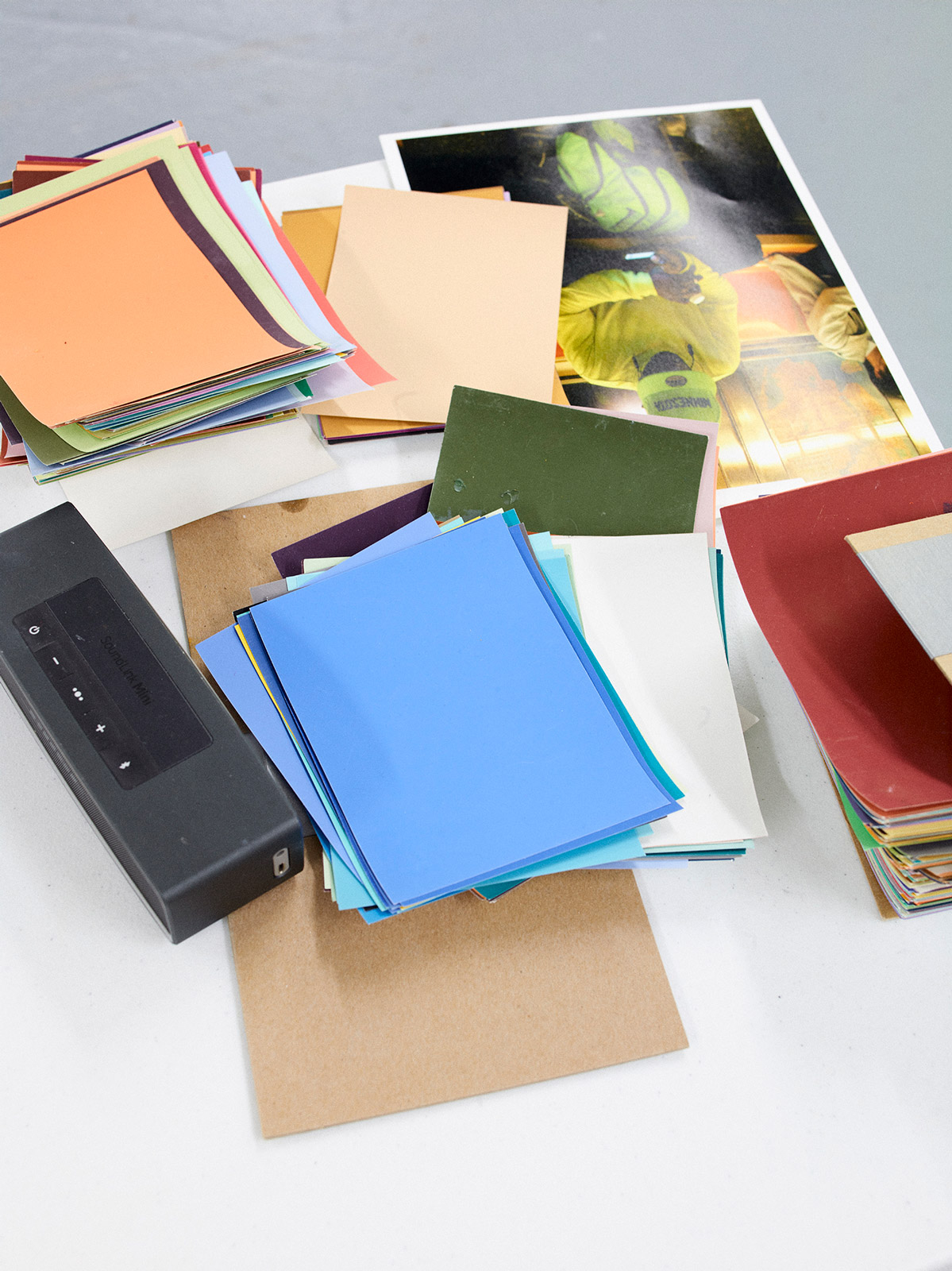 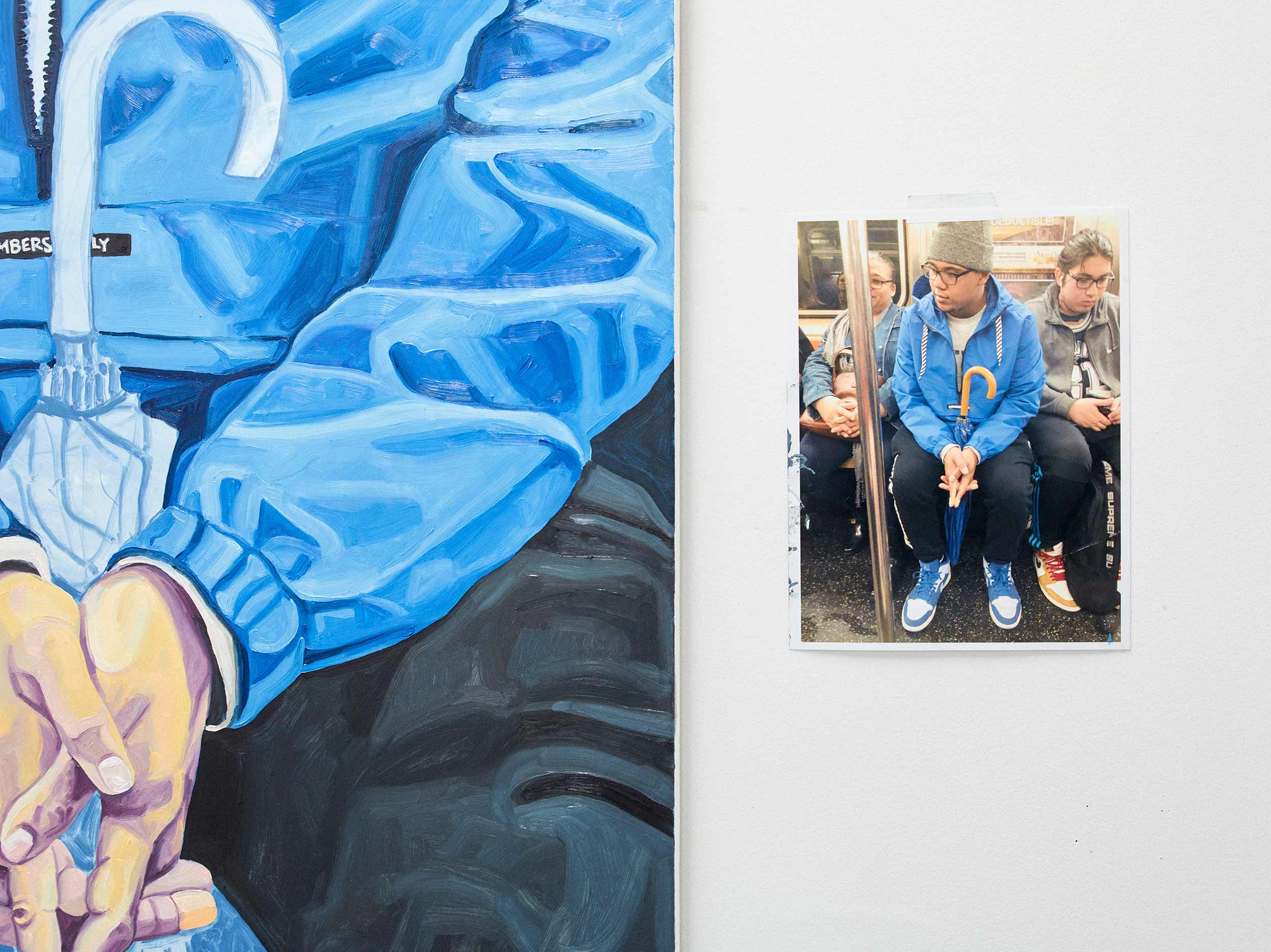 “My hand becomes the transcribing factor of humanity as it exists in the passing of time. Looking at a painting you can see and feel my presence with that object and person and investigation of that person and that space. My hope is that you as a viewer will be slowed down to observe something you might not have noticed otherwise. That something catches your attention and you think about the person in the frame and begin to ask questions and build inferences about who that person is, what they remind you of. You think of your own humanity and that only comes for me in painting.”

Here, the portrait is an entrée into another person’s life, a connection Casteel cherishes and preserves. After one of her sitters, James, saw his portrait at the Studio Museum in Harlem for the first time, Casteel began to understand the depth of power that her work could have. “When James saw his portrait, he exclaimed that he thought it was going to be something small; it was quite large and that was striking to him,” Casteel says. “He was so excited he went and got his wife and she hugged me and thanked me for seeing him as she’s always seen him and known him. When she said that it dawned on me the impact this work could have—that it was not only a transformative experience for me but for the sitters to see themselves lovingly represented by a stranger who then becomes family and to be able to share that with generations to come.”

Casteel describes the experience of one of her students, who attended the opening of Within Reach: “He said he was taken by the fact that when he walked in the door, someone who worked at the museum recognized him and ushered him upstairs. Once he got upstairs, he felt a sense of belonging because here were so many versions of himself on the wall. He said that we were clearly outnumbered by the amount of white people in the room but at the same time, he felt every painting towered over the people. He felt a sense of ease, belonging, affirmation and claiming of the space that perhaps he hadn’t felt [in a museum] before.”

Jordan Casteel: Within Reach at the New Museum in New York City is temporarily closed due to COVID-19, but an audio guide to the exhibition narrated by Casteel is currently available. Updates on its reopening will be provided on the New Museum’s website. 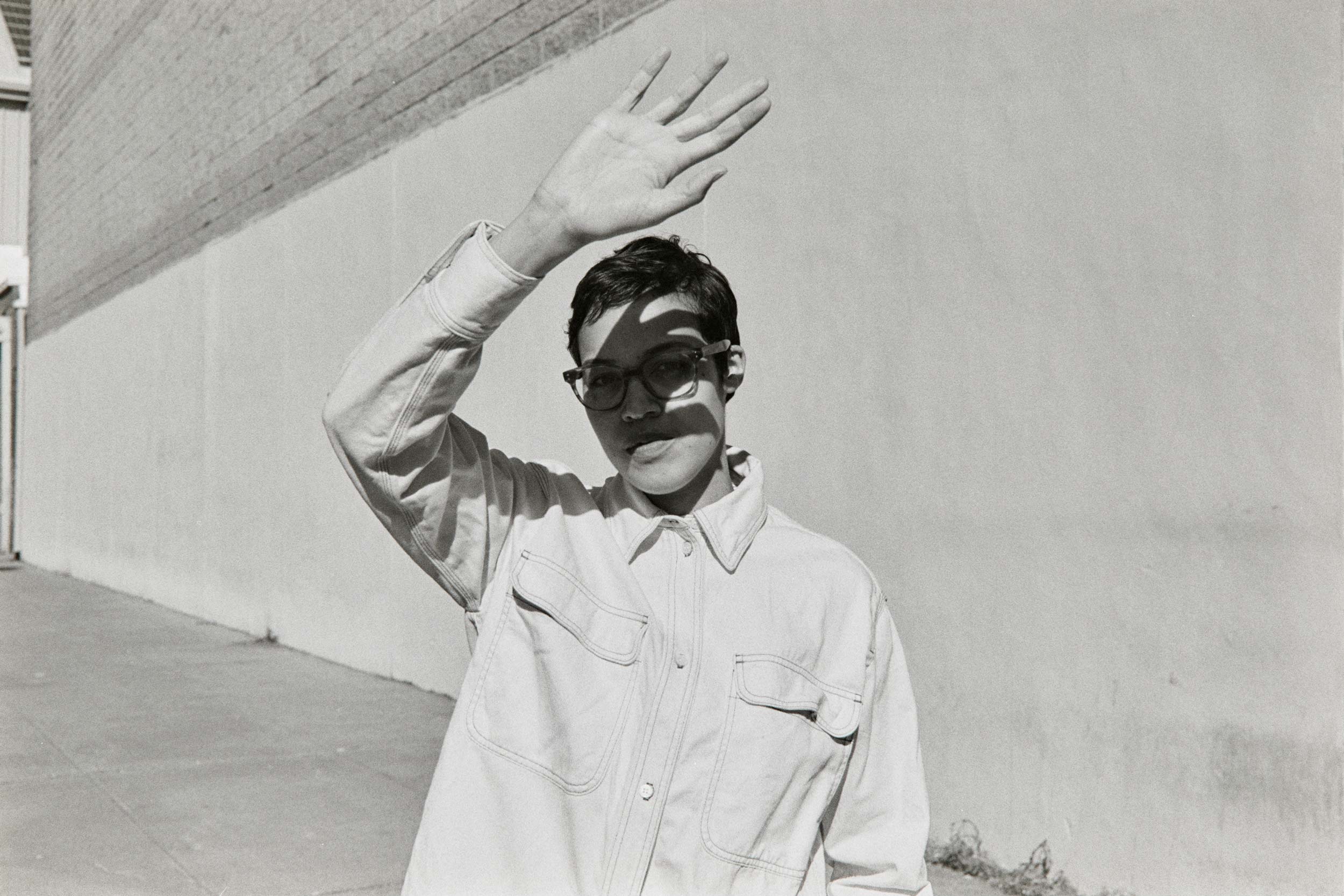