Fifty years ago, Nina Simone released “To Be Young, Gifted and Black,” a song written in memory of her dear friend, the playwright Lorraine Hansberry who died in 1965 at the tender age of 34. It became an anthem of the Civil Rights Movement that soon found its way into a 1972 episode of Sesame Street. Simone sang, “We must begin to tell our young / There’s a world waiting for you / This is a quest that’s just begun” to Gen X babies, who took the message to heart and paid it forward to the children of Generation Z, who fearlessly stand at the forefront of a brave new world.

With the Black Lives Matter movement centering issues of race in the discourse, the historically exclusionary art world has finally made space for Black Art. A wealth of established, mid-career, and emerging artists are breaking new ground, be it at auction houses, major museum exhibitions, on magazine covers, or with new books. Yet Black Art is far from a trend; it has informed the world for thousands of years in various incarnations in Africa and across the diaspora.

This point is beautifully illustrated in the exhibition Young Gifted and Black: The Lumpkin-Boccuzzi Family Collection of Contemporary Art, which pairs collector Bernard Lumpkin with critic Antwaun Sargent to curate a masterful showcase of some of the most innovative and influential contemporary black artists. The exhibition is a symphony of voices and visions from across generations all around the globe, creating a mellifluous confluence of style, media, and subject matter. Culled from the Lumpkin-Boccuzzi Family Collection, Young, Gifted and Black features works by David Hammons, Glenn Ligon, Kerry James Marshall, Henry Taylor, Mickalene Thomas, Lynette Yiadom-Boakye, Sadie Barnette, Jordan Casteel, Jonathan Lyndon Chase, Deana Lawson, Paul Mpagi Sepuya, and Tunji Adeniyi-Jones, whose work appears on the cover of the catalog. Here, Lumpkin and Adeniyi-Jones discuss how when the collector and artist work together, they can transform the narrative of identity, politics, education, and art history. 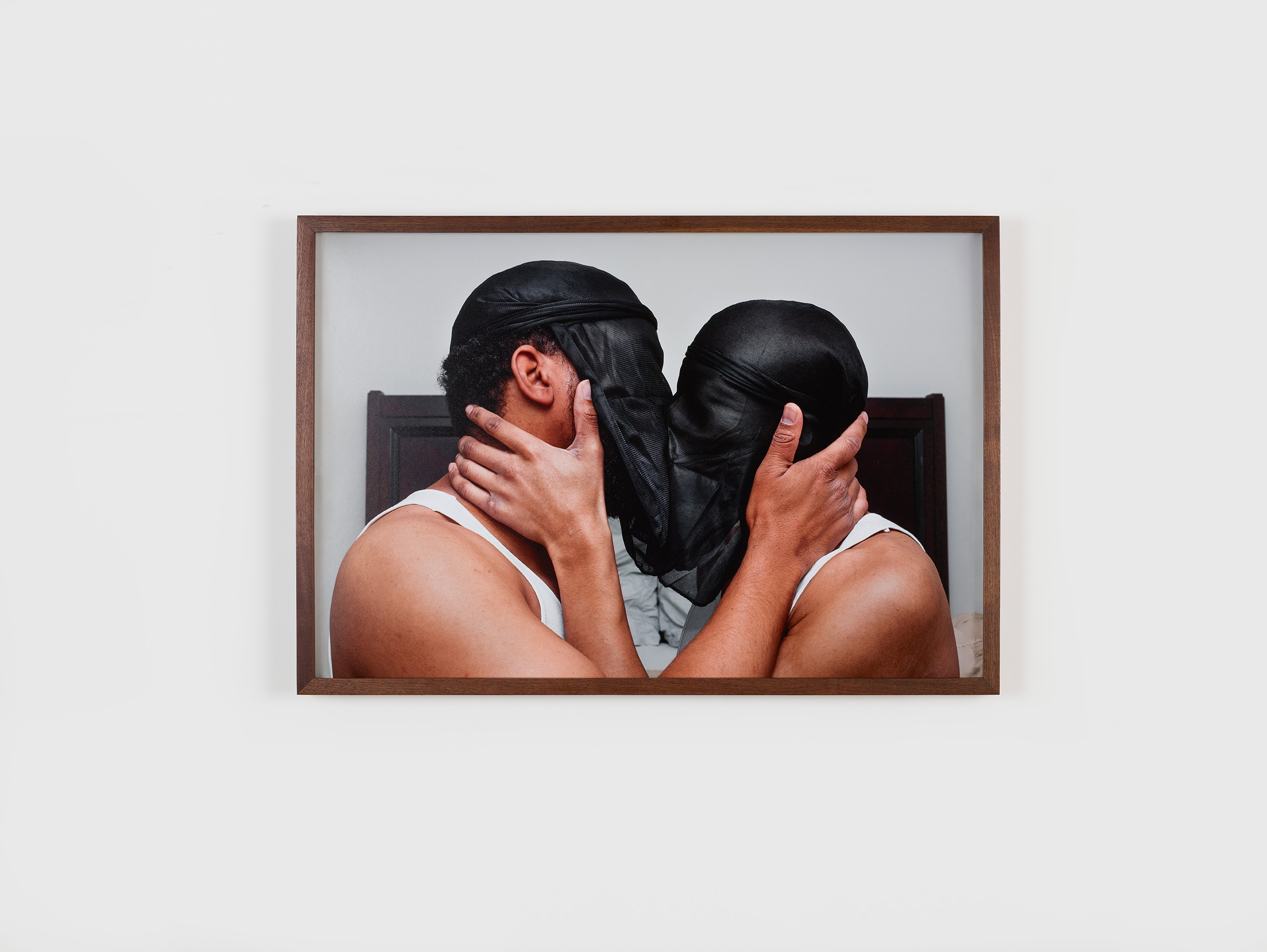 Tunji Adeniyi-Jones: [Black Art] is an incredible movement to be a part of and see it manifest. It makes me and several of my colleagues and friends feel validated and motivated to keep working. It’s almost like we’ve been chosen for this moment. It’s a wonderful thing to watch happen, to take part in, to collaborate with collectors like Bernard. We were introduced in a studio visit during my first year at Yale. From there we had a series of repeat visits and it’s been a great relationship. It feels like you are working alongside each other towards something when you have that level of familiarity, comfort, learning, mutual interest, and confidence.

Bernard Lumpkin: It’s exciting to see a conversation about diversity, equity, and inclusion, and how to better represent art history, how to tell a fuller, more inclusive story of contemporary art that has been brewing among curators and museum directors spill out. That conversation has resulted in the hiring of more curators of color, more women curators, the recruitment of more people of color to museum boards where the decisions around exhibitions and acquisitions happen. I always tell collectors that collecting work is the price of admission to something much larger if you want to embrace it. It’s a community. There is work to be done that can make a difference to the life of artists now and in the future.

Tunji: It’s important for people to understand the breadth and scope of blackness, the black identity, and the black experience. I think the tendency before this incredible, prolific moment has been to broadly categorize all Black Art as being one singular thing. What’s cool when you have a collection like this on display is that it includes such a vast array of artists coming from different backgrounds in that space of blackness—it’s amazing to see it all together in one place. That’s similar to what I experienced during my residency in Senegal [as part of the inaugural year at Kehinde Wiley’s Black Rock in Dakar]. It’s a fuller understanding of the multiplicity of the experience. 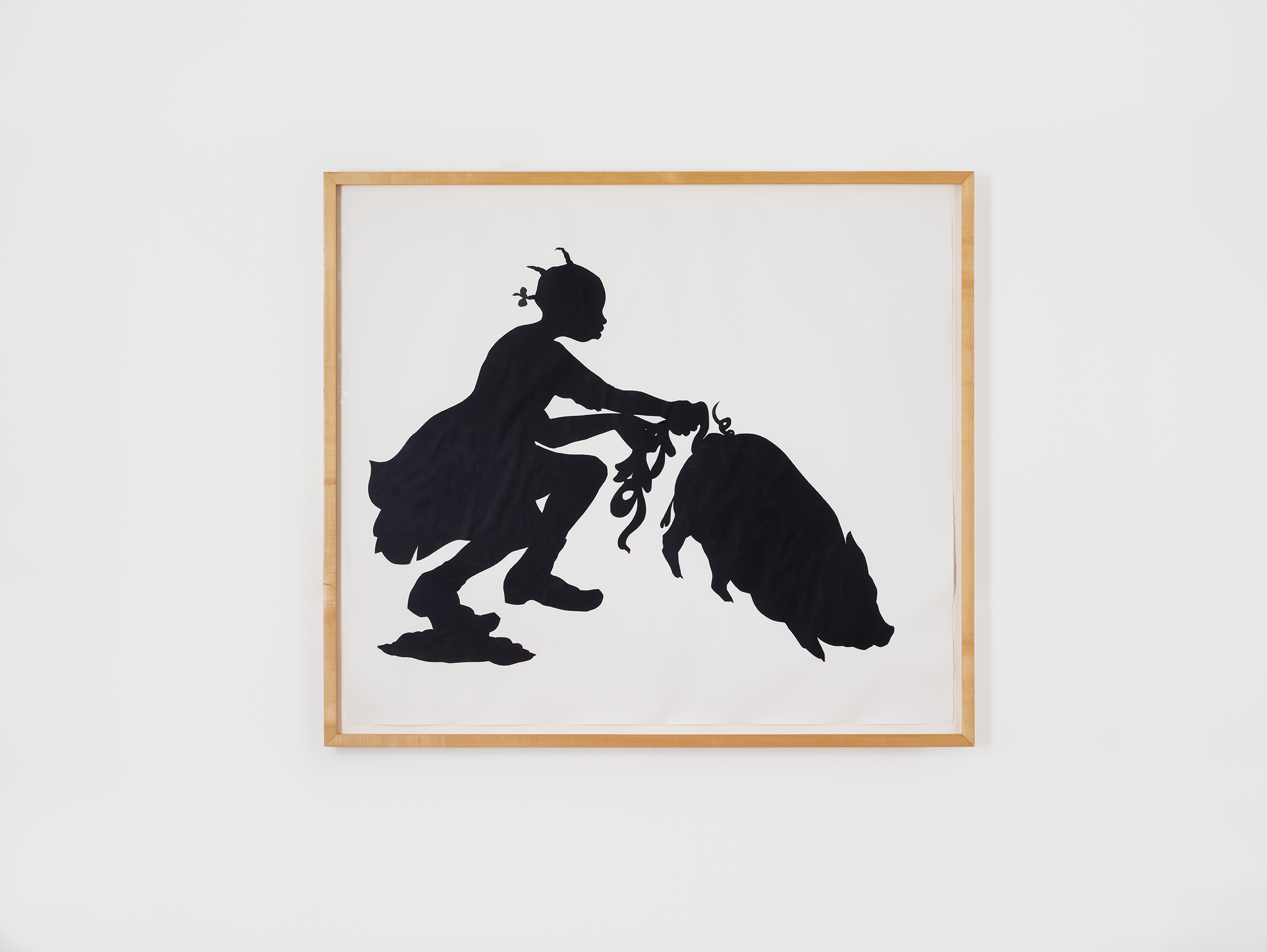 Bernard: The strongest collections are ones that showcase the vision of the collector. For me, the focus comes from a personal place: my family and stories having to do with my father being African American and my mother being Sephardic Jewish from Morocco, as well as the experience of being mixed race. I had been collecting art but not with the focus on artists of color. Then my father became sick with cancer and I was spending a lot of time with him. He told me stories about his family, growing up in Watts, wanting to be a scientist and make his way in the world. I became interested in bringing that conversation back into my work, especially after my father had passed away.

Tunji: Being in a collection like this gives me hope. As a first-generation British born Nigerian coming from London, you don’t see as many close and invested collector-artist relationships as you do here. It’s a special reassuring feeling that is incredibly encouraging, inspiring and very helpful. [I met gallerist Nicelle Beauchene through Bernard]. We all looked at each other like, ‘We trust this other person so it will all work out very well.’ Things rarely fall into place like that, and the results have been incredible.

Bernard: The art world has many different roles and people, and I always am reassured and gratified when an artist I believe in connects with a dealer, a curator, or another collector who will support the artist. That’s a positive part of the Black Art moment that we’re in. One of the things I have learned from Thelma Golden, Director of the Studio Museum where I’m on the board, is how for many years before museums, gallerists, curators, and auction houses were laying out the welcome mat to black artists, there was a network of collectors who took it upon themselves to steward and preserve the work, telling these artists’ stories, and setting the stage for the moment we’re in now. For many people, it’s a Black Art moment but the reality is artists like Alma Thomas and Howardina Pindell have made work and had collectors for a long time; now the larger art world is coming to the party. 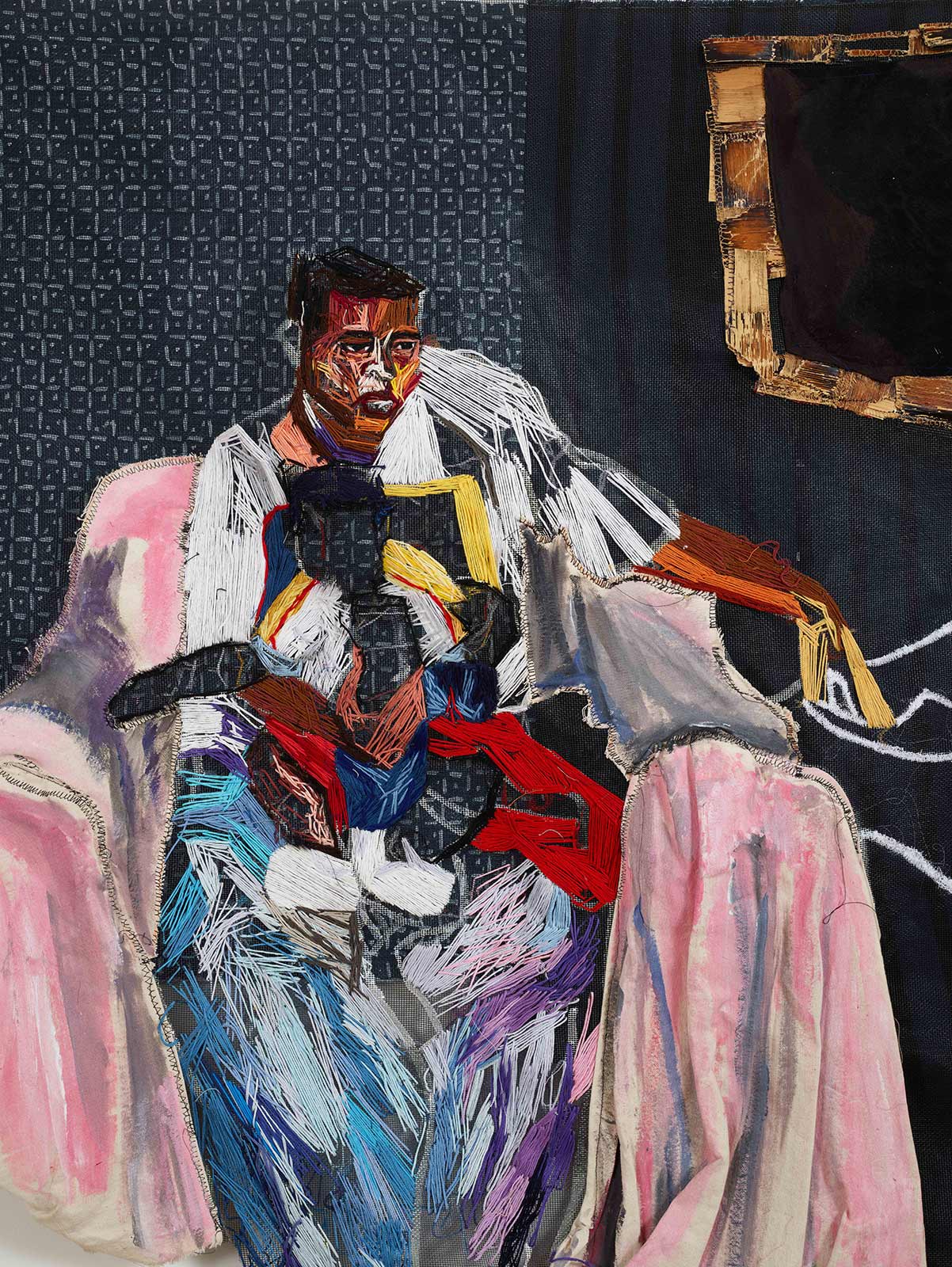 Tunji: Accessibility is a really important thing to address in the art world. To have that opportunity to see emerging artists in the early stage of their career in conversation with mid- and late-career artists—that curation and that dialogue has the potential to be life-changing. I would have loved to see a show like this in college.

Bernard: My father was a professor and my mother was a teacher, so education has always been a part of what people do in my family. It wasn’t enough for me to be a collector and enjoy it for myself. The collection had to have a larger focus and impact. When it came down to planning this exhibition, I took it upon myself to say, ‘Why don’t I use this as an opportunity to bring the art to people in places that might not otherwise get to see it?’ People can come and see themselves on the wall, whatever your background is. 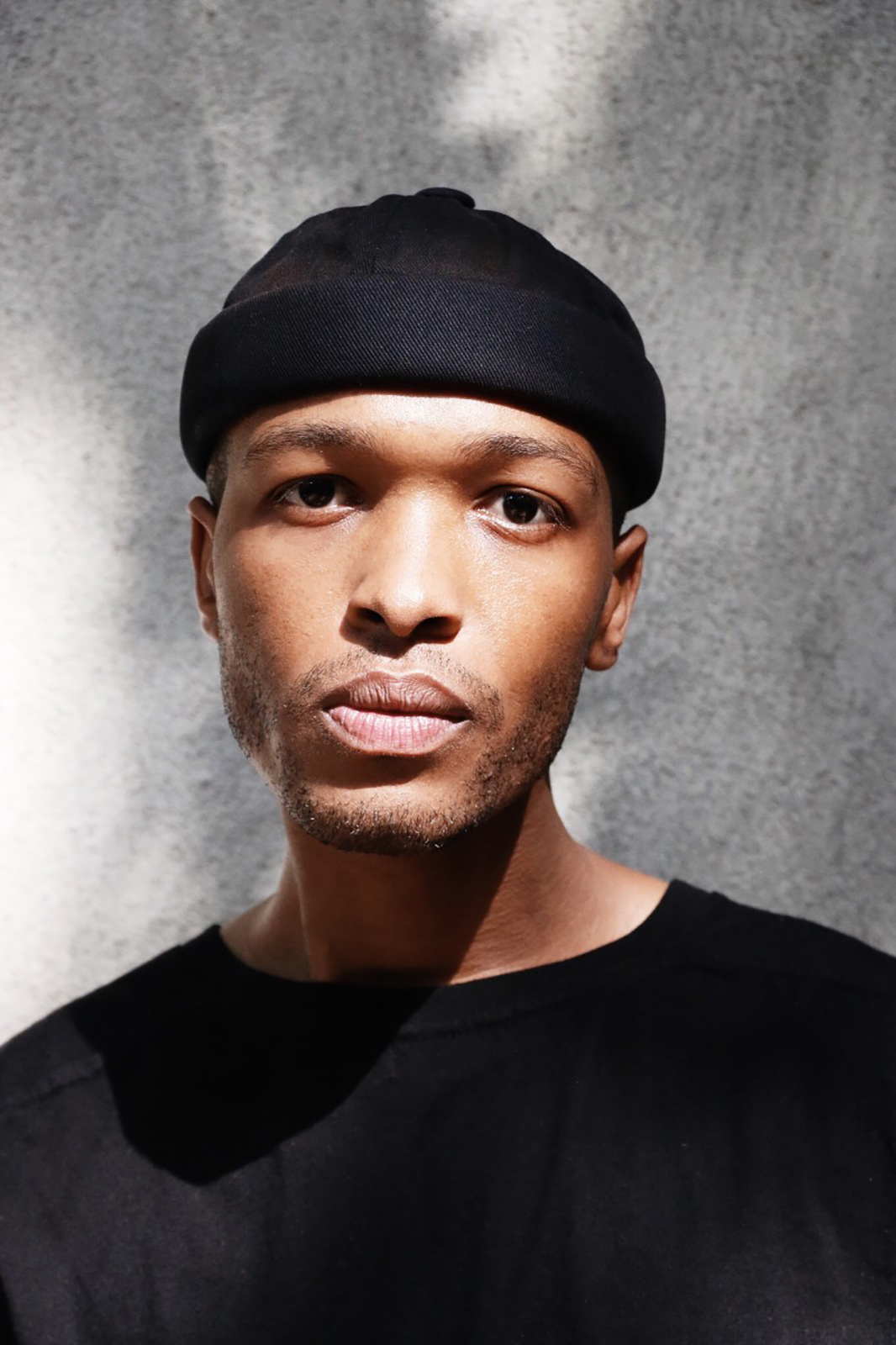 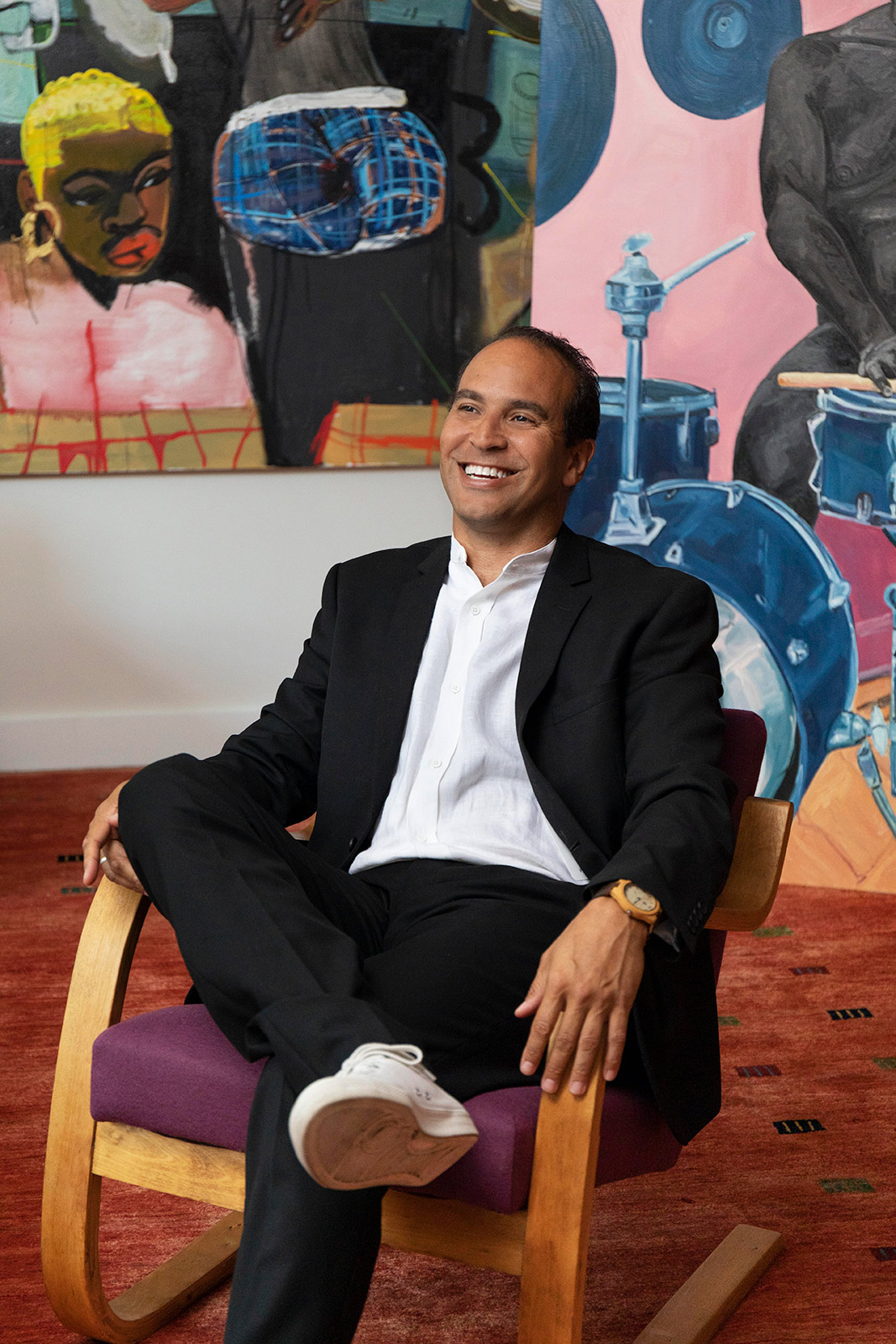 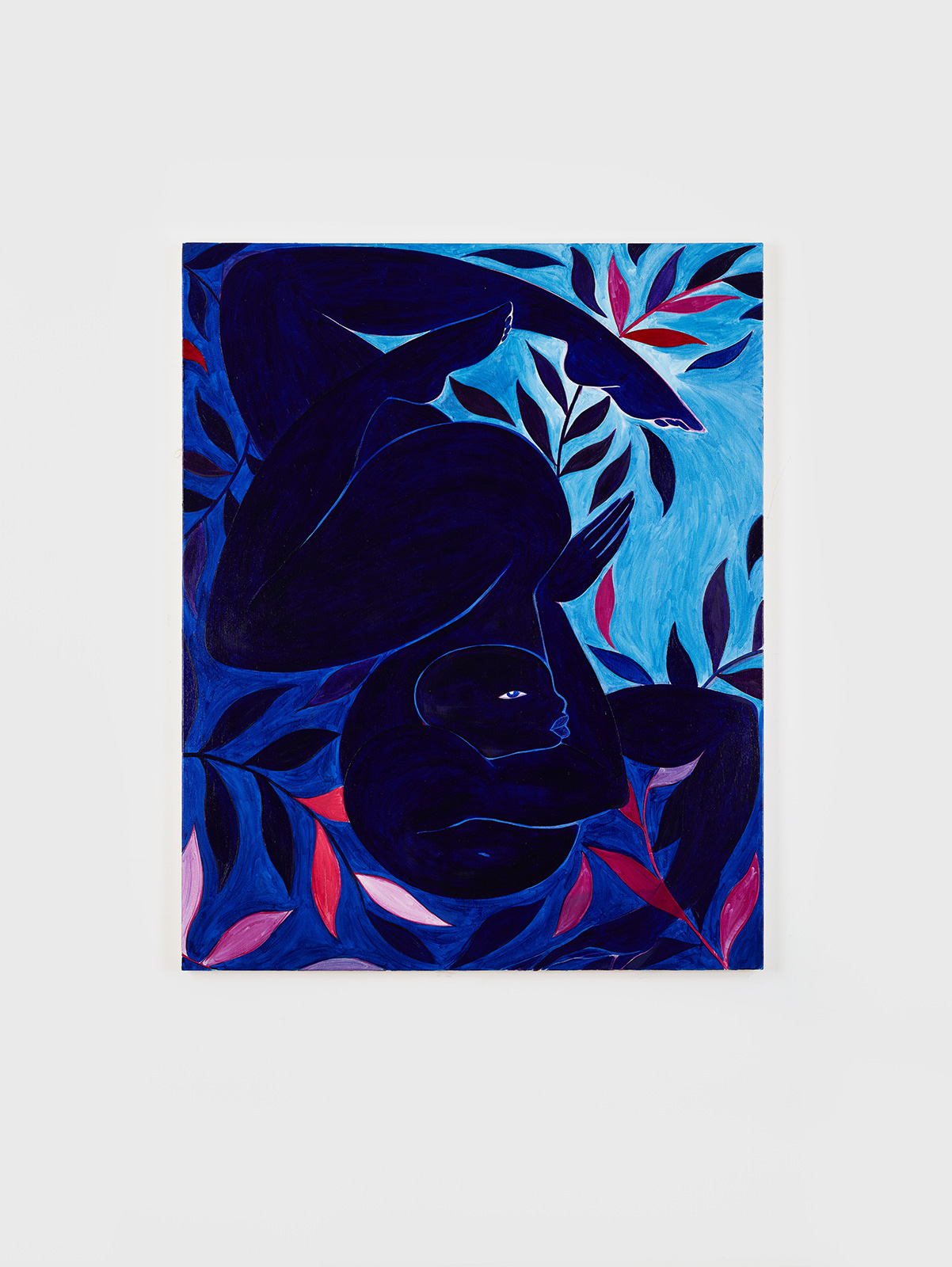 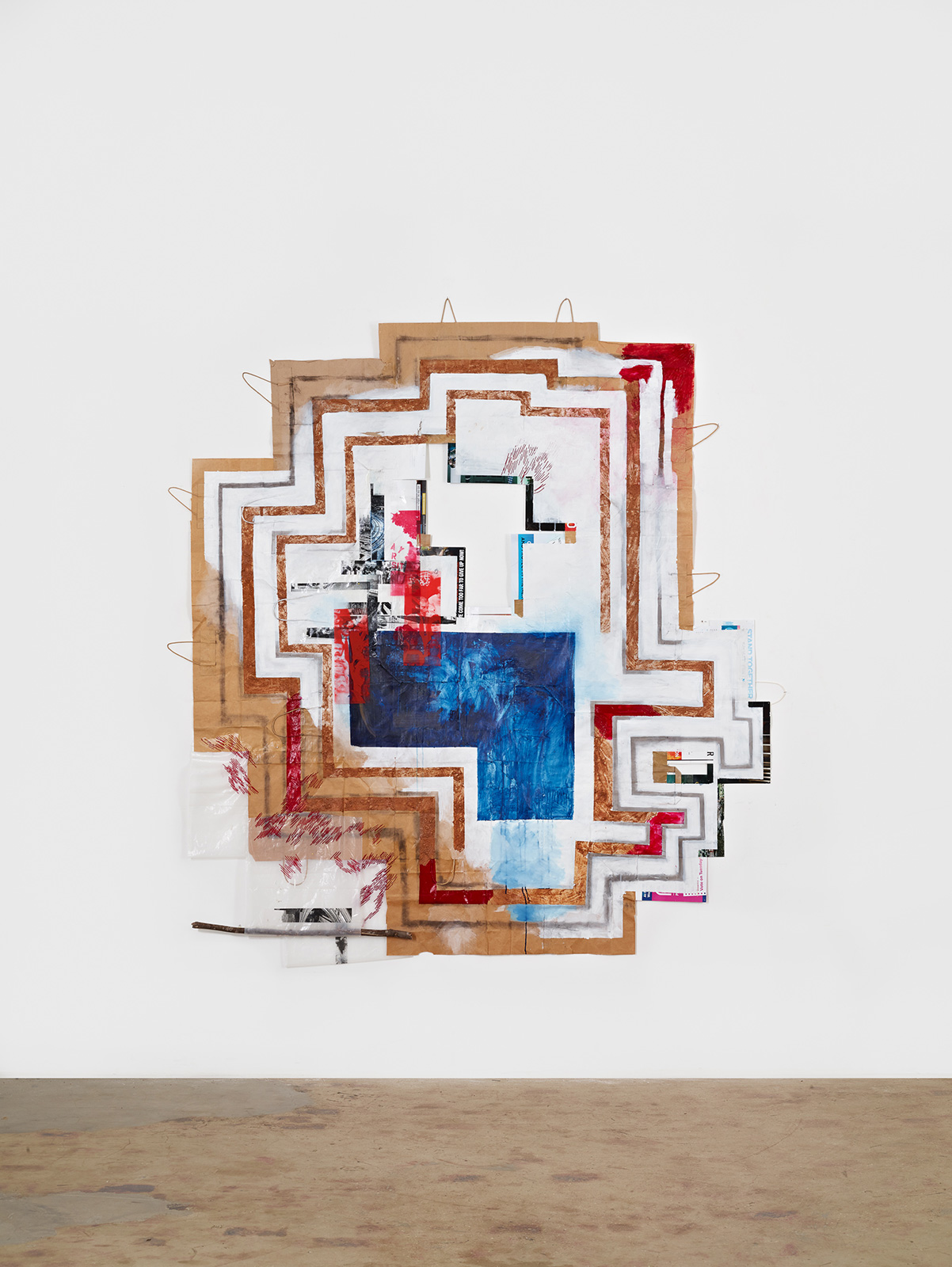 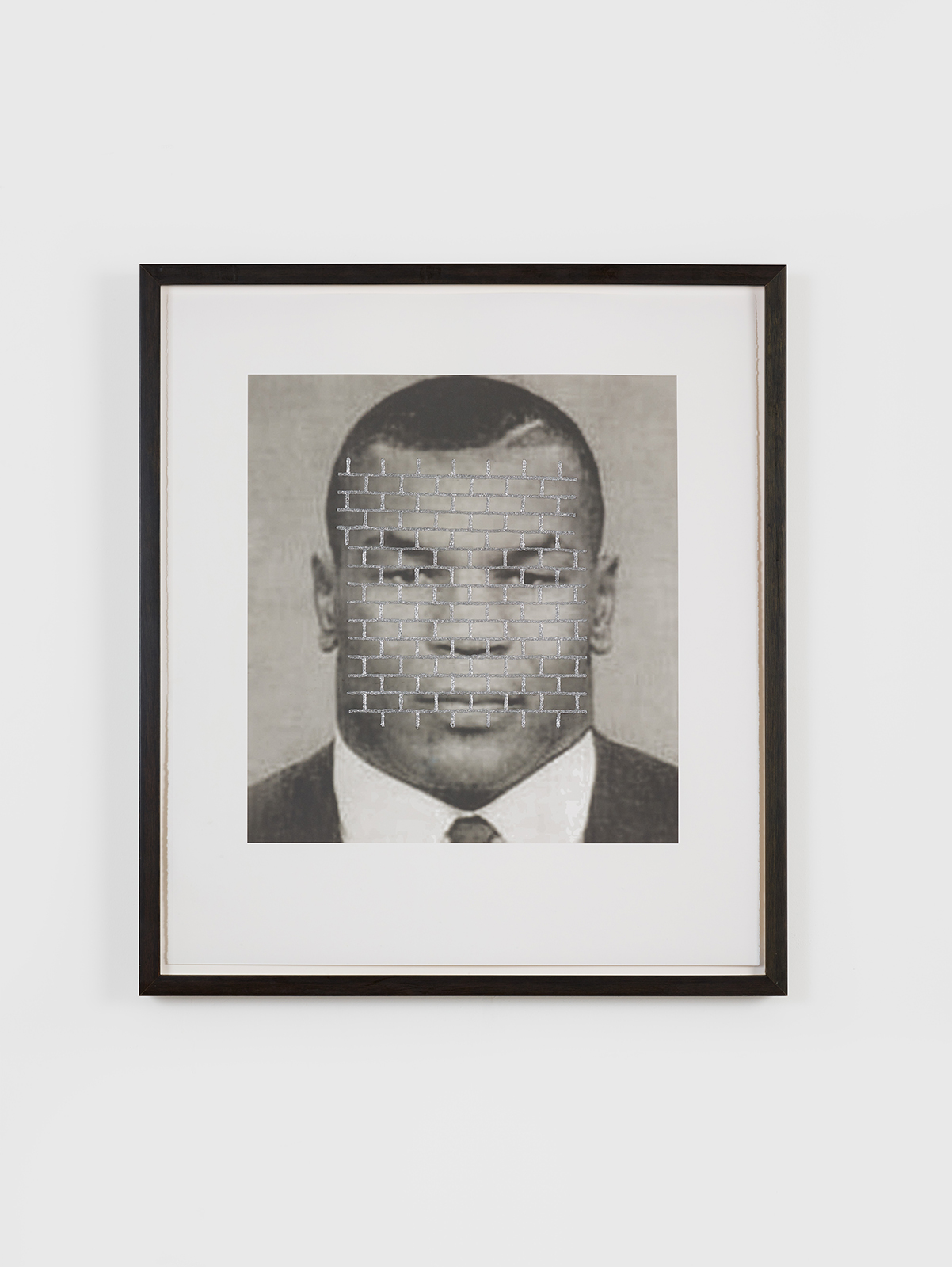 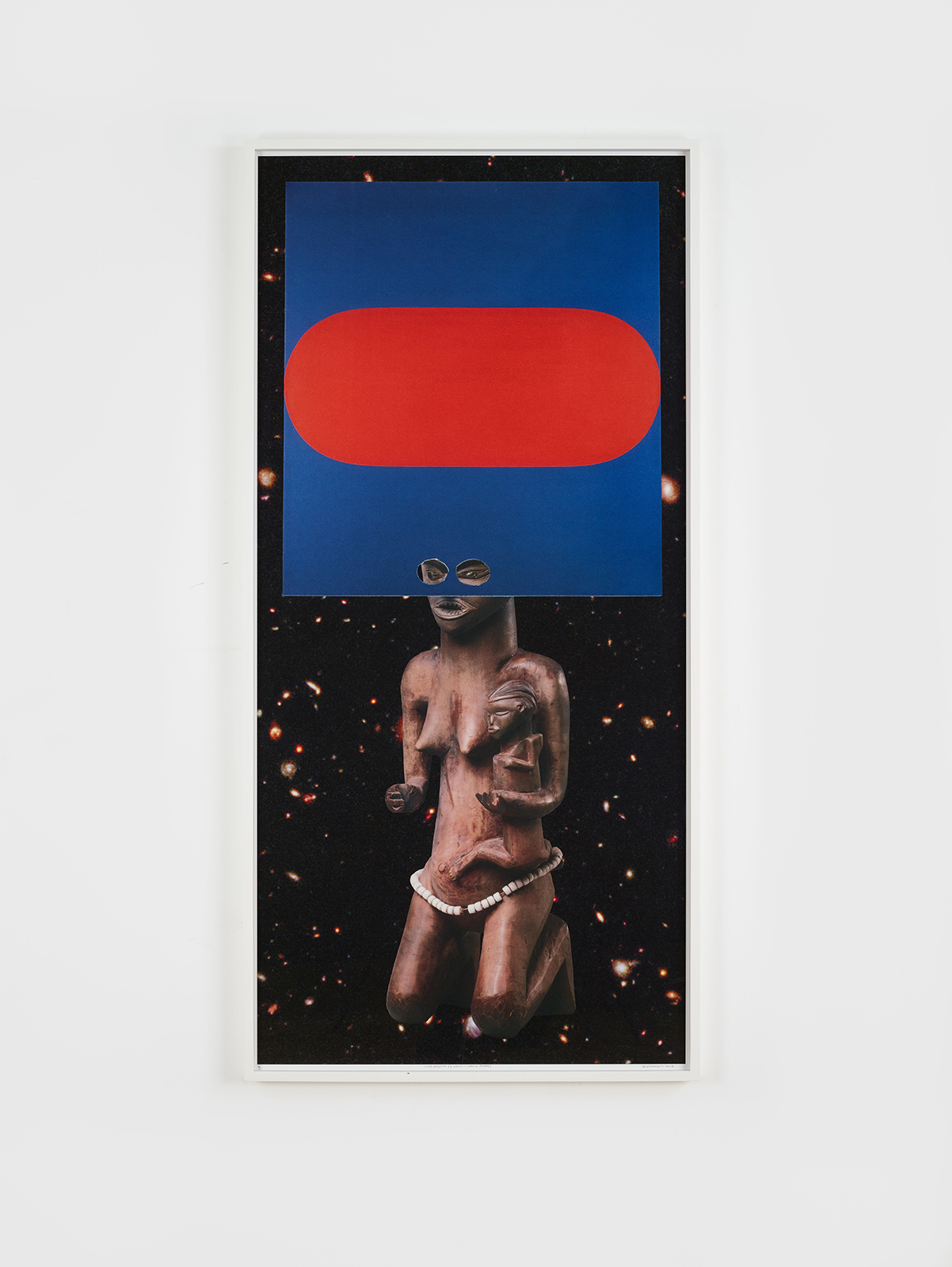 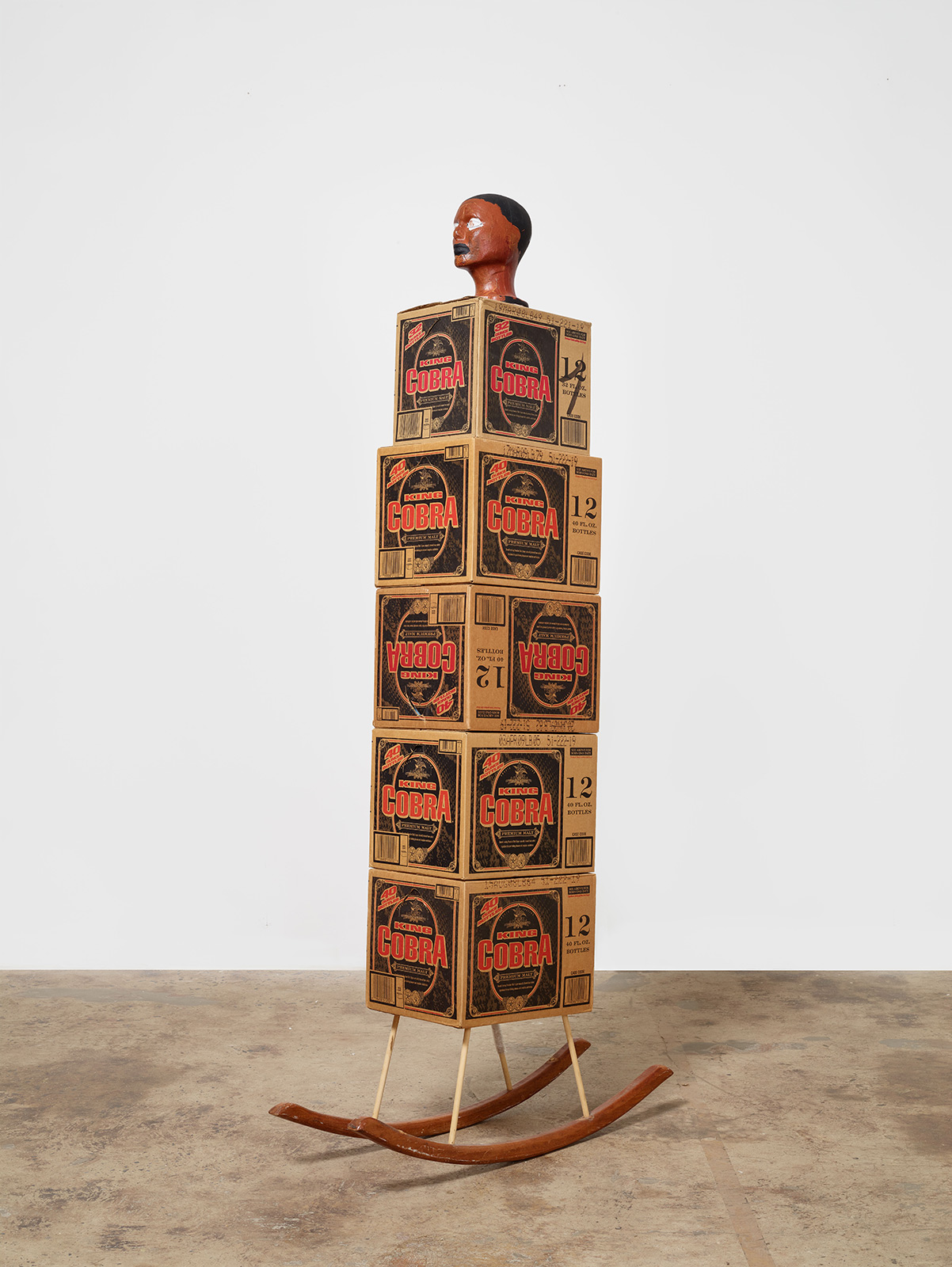 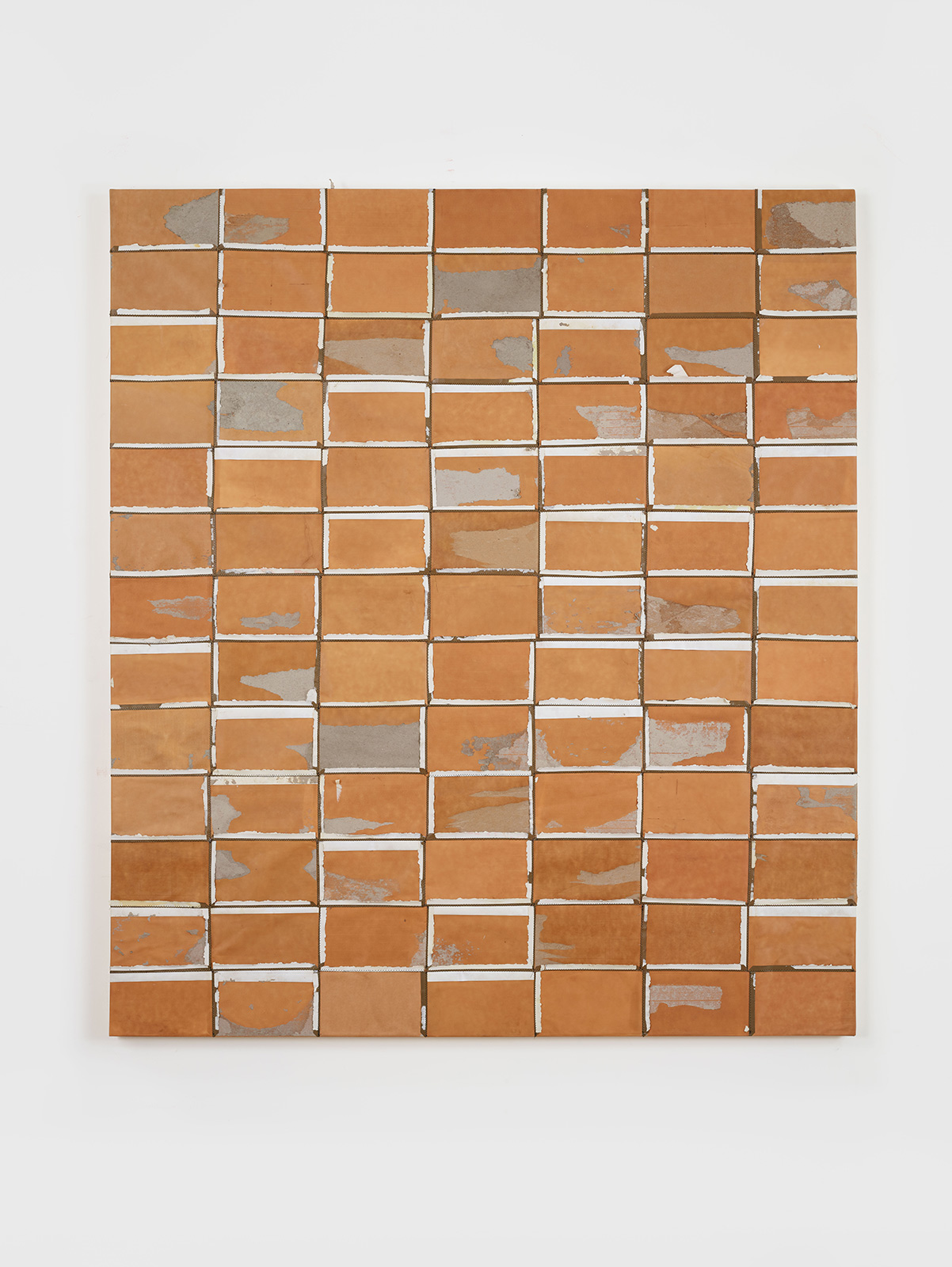 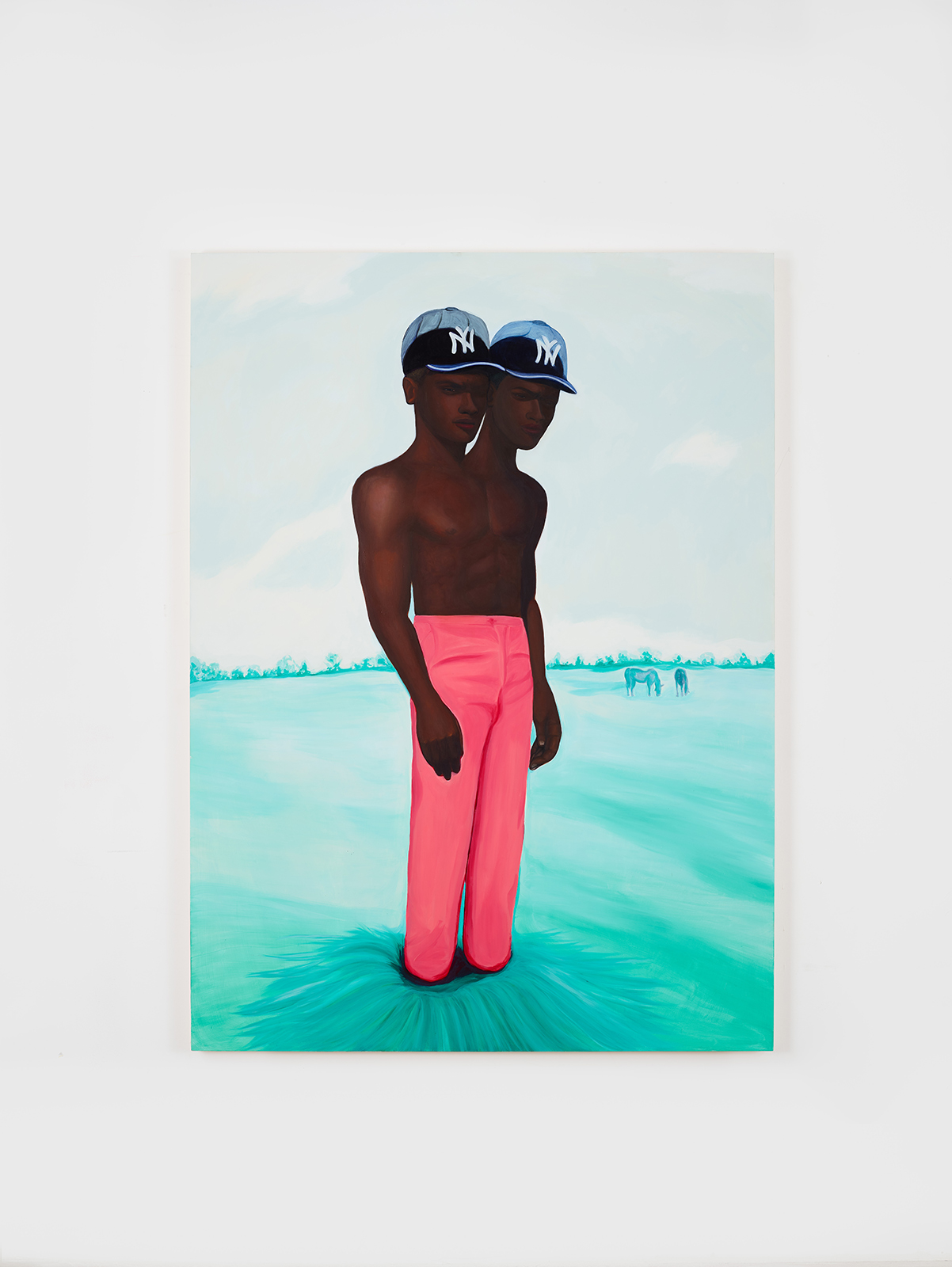 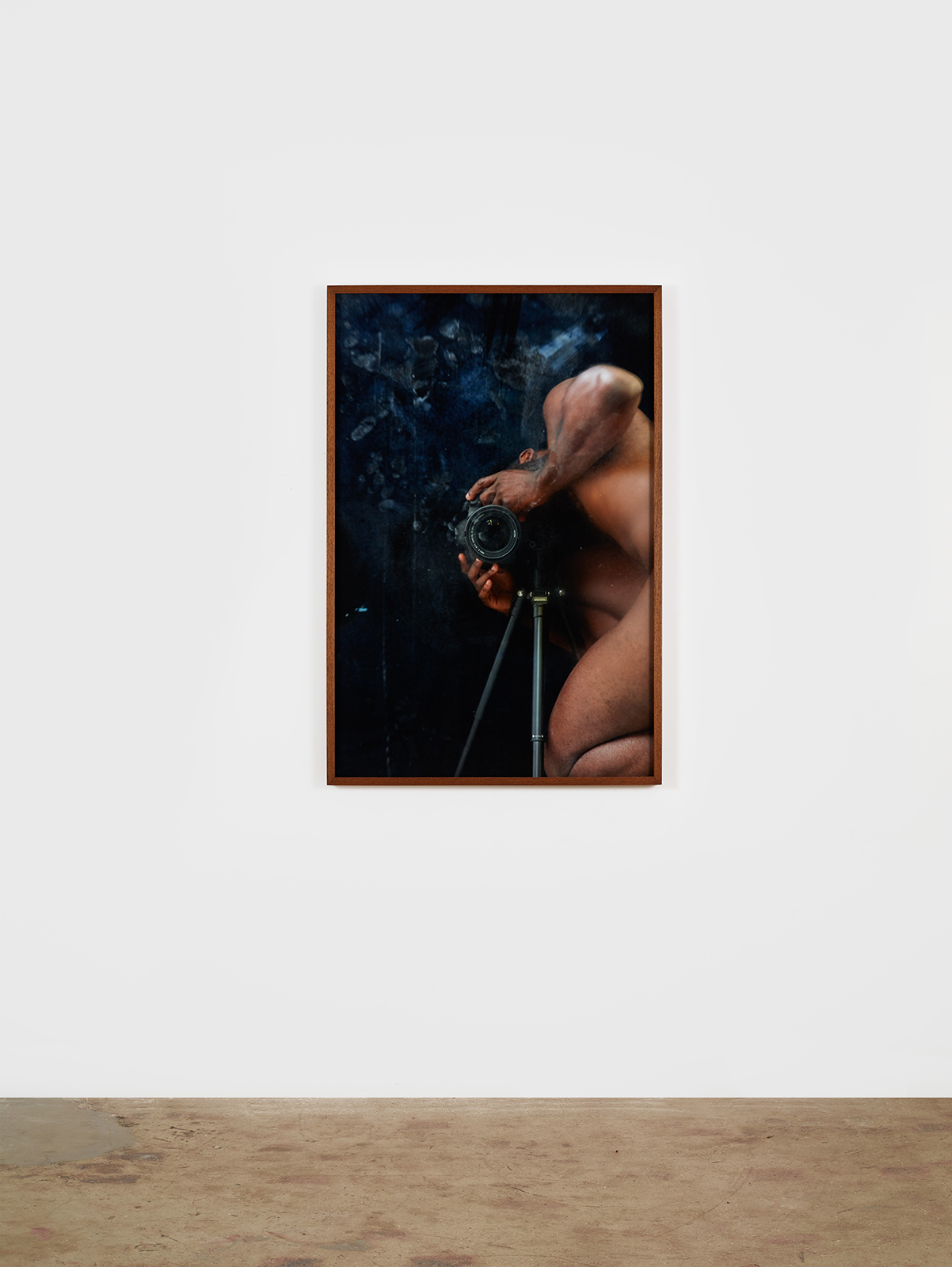