Carla Sozzani teams up with Savannah College of Art and Design to celebrate the beautiful obsessions of her longtime friend Alaïa.

The late Tunisian-born designer Azzedine Alaïa is known the world over for his masterful tailoring and sculptor’s sensibility, but what’s less known is that, since early in his career, he was also passionately dedicated to preserving the work of his peers. “Azzedine was an avid collector. He collected fashion all his life, starting with Balenciaga in ’68,” explains Carla Sozzani, the editor and gallerist behind 10 Corso Como. In 2007, Sozzani co-founded the Association Azzedine Alaïa, which houses Alaïa’s extensive archive. “It’s a huge collection. It’s all about giving and transmitting to the younger generation what Azzedine learned in over 60 years of working.”

In this spirit, the Association teamed up with the Savannah College of Art and Design to open Adrian and Alaïa, Masters of Cut, curated by Olivier Saillard and on view through September 13, which pairs a selection of meticulously crafted suit-jackets from Alaïa with that of iconic Hollywood couturier Gilbert Adrian (1903–1969). Famous for his costumes at MGM during the height of the Golden Age in film, Adrian was responsible for everything from Dorothy’s dress and ruby slippers to the majority of Greta Garbo’s film wardrobe. At a time when t-shirts and sneakers have overrun the runway, the exhibition keeps the exquisite, perhaps obsessive work of two masters alive. 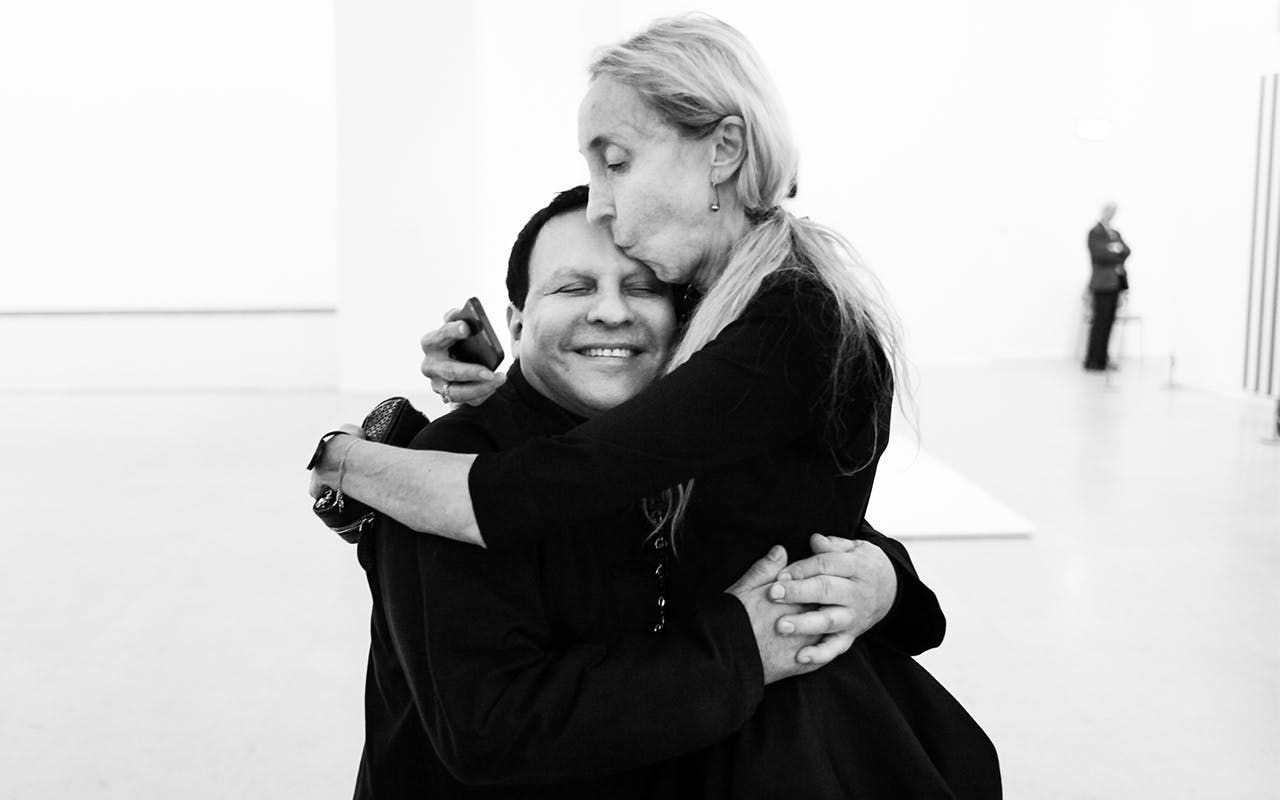 Paige Silveria: With such a large archive at your disposal with the Association Azzedine Alaïa, why did you choose to do an exhibition with Gilbert Adrian?

Carla Sozzani: Azzedine was obsessed with Adrian’s tailoring. He always used to tell me that we had to do an Adrian exhibition. So when he passed away, I decided that the first exhibition we did, naturally, had to be Adrian. First, because Azzedine was talking about it. Second, because it’s A and A—I mean, everything made sense! So we started to look for the Adrian pieces in the archives, which are not really archives but masses of clothes! It was like a discovery, finding new pieces every time. Every week it was, ‘Ah! I found another Adrian!’ And, ‘Oh, we found another five [Adrians]!’ Azzedine had bought around half of the clothes from Adrian’s son. This was in ’89 or so when he had the shop in New York with [Jacqueline Schnabel, Julian] Schnabel’s wife at the time. They drove a truck and went to Adrian’s son and made an agreement. Azzedine wanted to buy the whole collection, but he didn’t have enough money. So he bought the tailoring. And then Adrian’s son sold the rest in auctions. Azzedine slowly rebought all of what he couldn’t buy before.

Carla: We’re still in the archiving process. But it’s big. It has everybody—and lots of [American designers], actually. Azzedine bought a huge space in ’97, and he was buying more than he was archiving. He was obsessed. It was like he wanted to protect the works. He was not really looking at the pieces, I realized. Because sometimes they were still in the shopping bags or still in boxes from when he purchased them. So I think he really just wanted to own them to protect them and then one day make a museum. Unfortunately, he passed away before he could do that. So now it’s up to me and Olivier to do it. 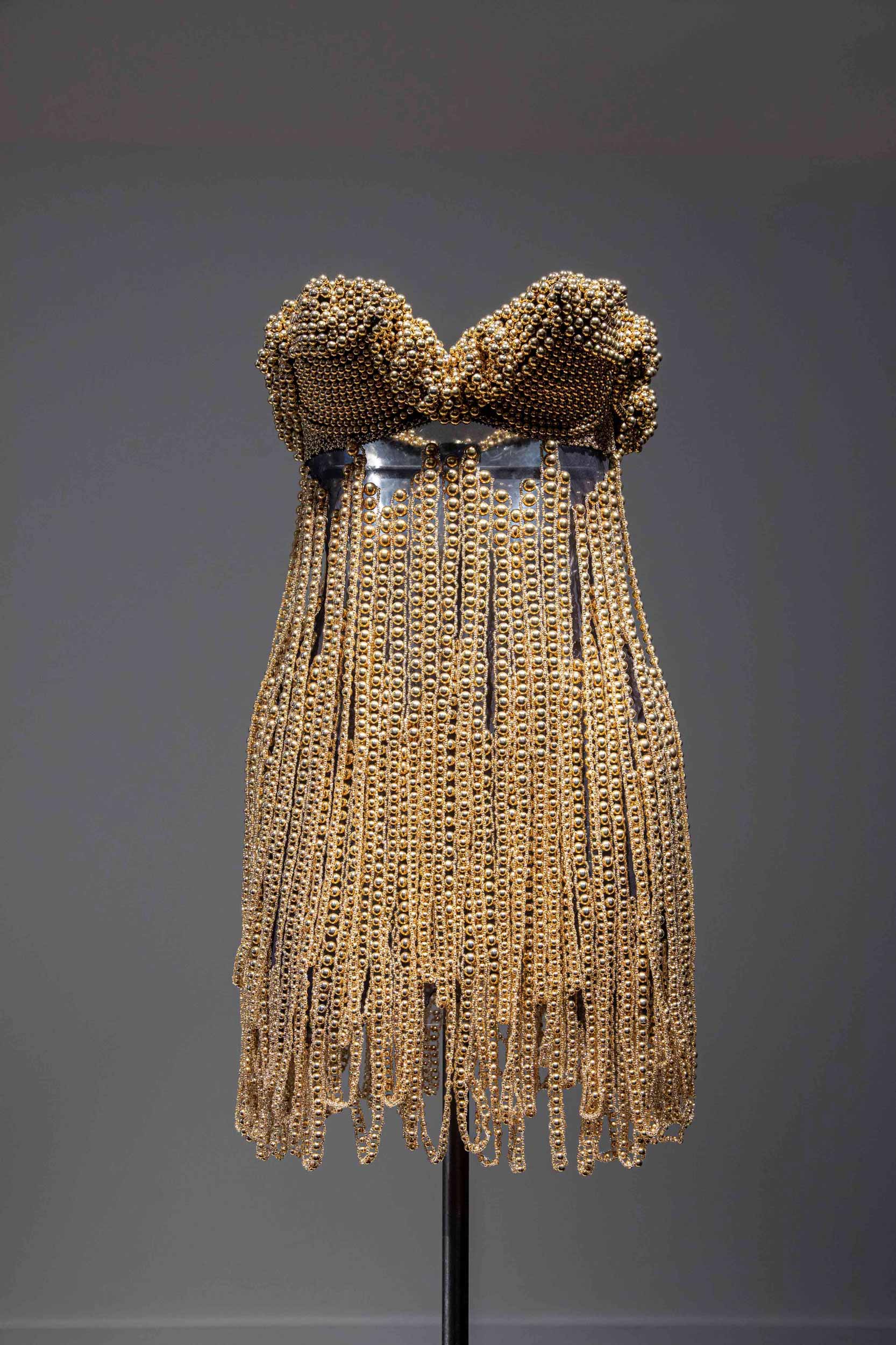 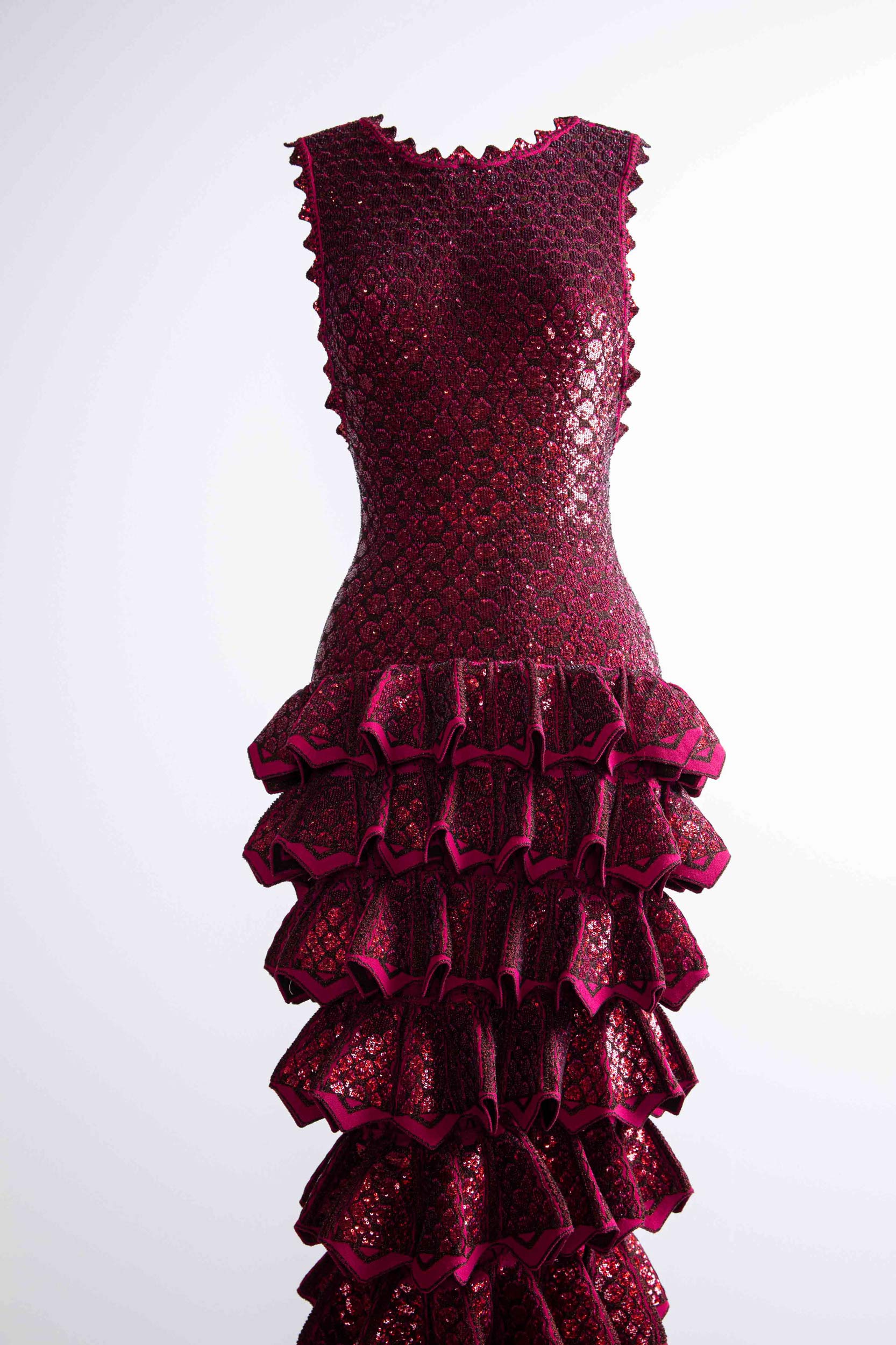 Paige: And the pieces in this exhibition, did you and Olivier curate them together?

Carla: We collaborate always together. But Olivier is the curator; that’s what he does, and better than anybody else.

Paige: When and how did he come into the picture?

Carla: Before Azzedine passed away, he had made a list of people he wanted to participate in the foundation. And Olivier was always on that list. When he passed away in November, it was sudden, and I called Olivier and I said, ‘You know, Azzedine always mentioned you should be the director of the Azzedine Alaïa Foundation.’ And it came at the right moment because he’d just left Paris’s Palais Galliera and started a job at J.M. Weston as an artistic and cultural director. I told him that one thing doesn’t stop the other. He can do both. And he’s been working for the foundation on a volunteer basis since. He said, ‘Carla, I will help you to preserve Azzedine. It is my duty.’ He didn’t hesitate; he said yes immediately, with enthusiasm. I have to say that it’s quite amazing that it’s now been two years. And he’s still volunteering. It’s very rare. He works a lot but with such a passion and dedication.

Paige: How did the two of you go about choosing which of each designer’s pieces went into this exhibition?

Carla: We tried to create a conversation. The tale of Adrian is very detailed. He designed during a war time [WWII] when there was not much fabric, so when you look at the tailoring of Adrian, everything was by the millimeter. There was no waste. Because I think there was a law in the US that you weren’t to consume too much fabric or throw any away. Before sustainability! And you can see there are lots of buttons and details in Adrian’s pieces. So we tried to find some of Azzedine’s that had a lot of little details as well.

Paige: Why did you choose to bring it to SCAD?

Carla: Well, Paula Wallace [the president and co-founder of SCAD] came to see the Alaïa and Adrian exhibition in Paris. We were talking about the school and what is down here for the young fashion photography and design students. Alaïa was so into art and design and fashion. He collected them all for so many years. So I thought, this is good. Azzedine wanted to transmit. And SCAD is the biggest [university] in America for this kind of thing; they have 3,000 students in Atlanta and 12,000 in Savannah. So we decided to bring the exhibition to the students in Atlanta.

Paige: You and Azzedine worked together on so many things over the years. What were your favorite projects together?

Carla: The retrospective at the Galliera Museum with Olivier was great. And [Azzedine Alaïa Couture/Sculpture] at the Galleria Borghese in Rome. I’m Italian, so to have Azzedine next to Caravaggio, Bernini, Canova, and Raphael—that was a dream. In the beginning [Azzedine and I] worked on editorials at Vogue. Because he loved to come to the shoots when we were doing stories about him. Sometimes he would come and be in the pictures. He liked to be there and direct, make sure the clothes were put on correctly. He was not sending things to us. And then we made a collaboration, an exhibition in Florence in ’96, about his knitwear work. When he stopped working and needed more support, I looked for some partners to help. So we’ve been working together for 20 years. 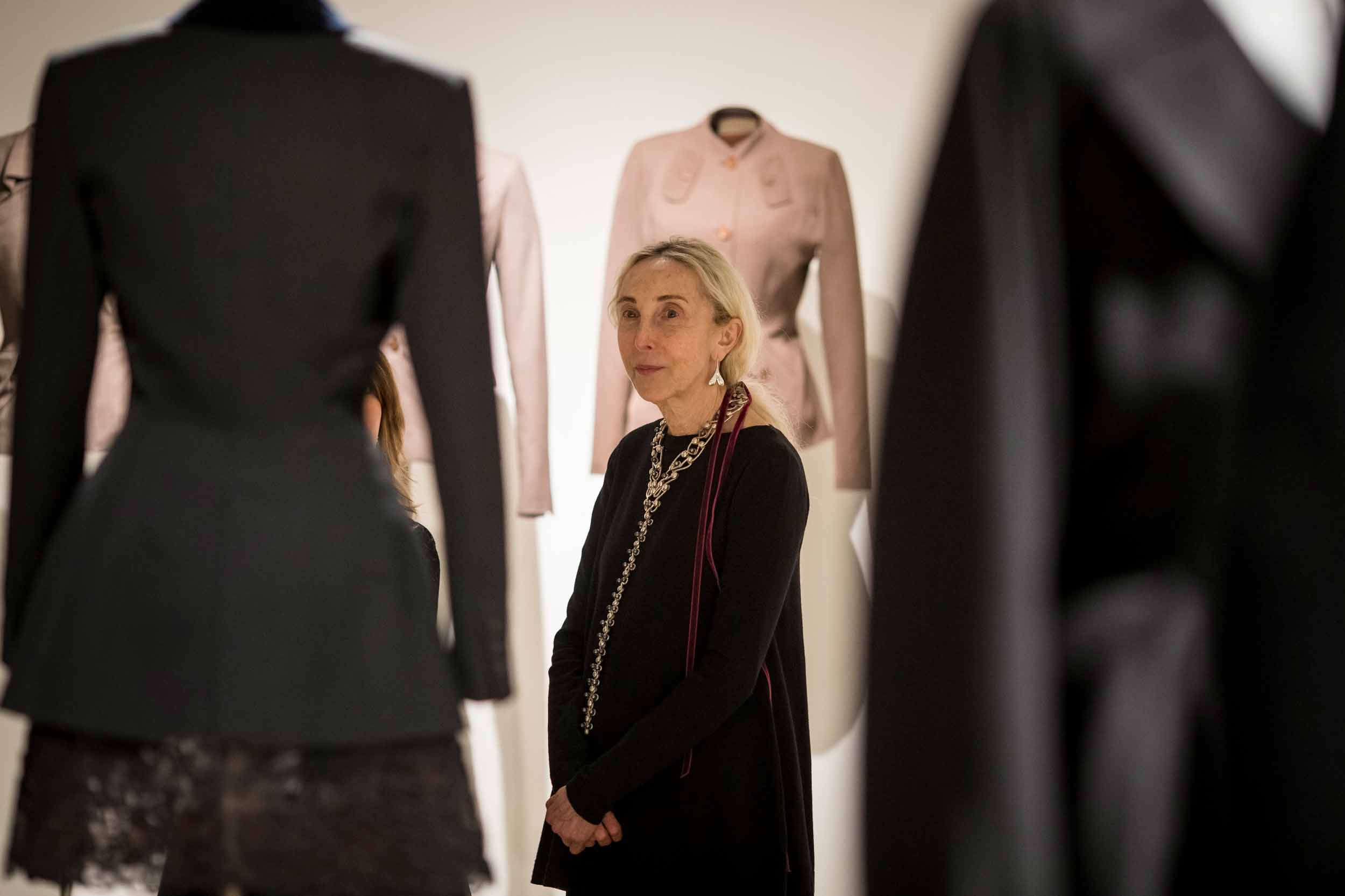 Paige: You said prior that you don’t think that young people care as much about beauty. They care more about social media and celebrity. Do you still feel this way?

Carla: I don’t know when I said that, but I think it’s changed. The last two or three years, I’ve seen, especially young people, are much more concerned about values. They communicate much more. Before, everyone was always on their phones. Now, they don’t use their phones as much. The super young. I think we’ve come to an abuse of socials, to a point where people need to also talk. I don’t know if it’s my dream, but I think I see that happening. And [young people] consume much less. You cannot spend your life on a screen. You can’t stop communicating. People need to get together and talk.

Paige: What do you think of streetwear becoming so embraced in fashion, in every magazine and in nearly every house?

Carla: I don’t think it’s a good thing. It’s sad for fashion. Because the moment on the runway that sneakers and jeans became the statement, people realized that they don’t need to spend money to buy clothes. Because you’re cooler if you just buy jeans, a pair of sneakers and a t-shirt. And today, you can almost go to a wedding—right? Almost go to a wedding—wearing this. When I go out in New York, to restaurants and things, very rarely do you see people dressed up. I don’t even know if it’s because they’re being cautious, to not consume as much; it’s an attitude. But for sure it’s not good for the fashion business.

Paige: Hopefully the pendulum will swing back and people will go back to buying fewer, better-quality things, tailored pieces.

Carla: It used to be that the quality was more important than the quantity. People would go for the one beautiful bag, instead of 30 bags. One perfect pair of shoes, that you polish and send to the cobbler. One beautiful coat instead of 20. It’s a process. I think it’s coming. And I think it’s good.

Paige: Besides the Association Alaïa projects, what do you have coming up?

Carla: I am working on my foundation, and I also want to say teaching. Maybe it’s pretentious, but I’ve been 52 years in fashion. So maybe there is something that I can help with or give, transmit. 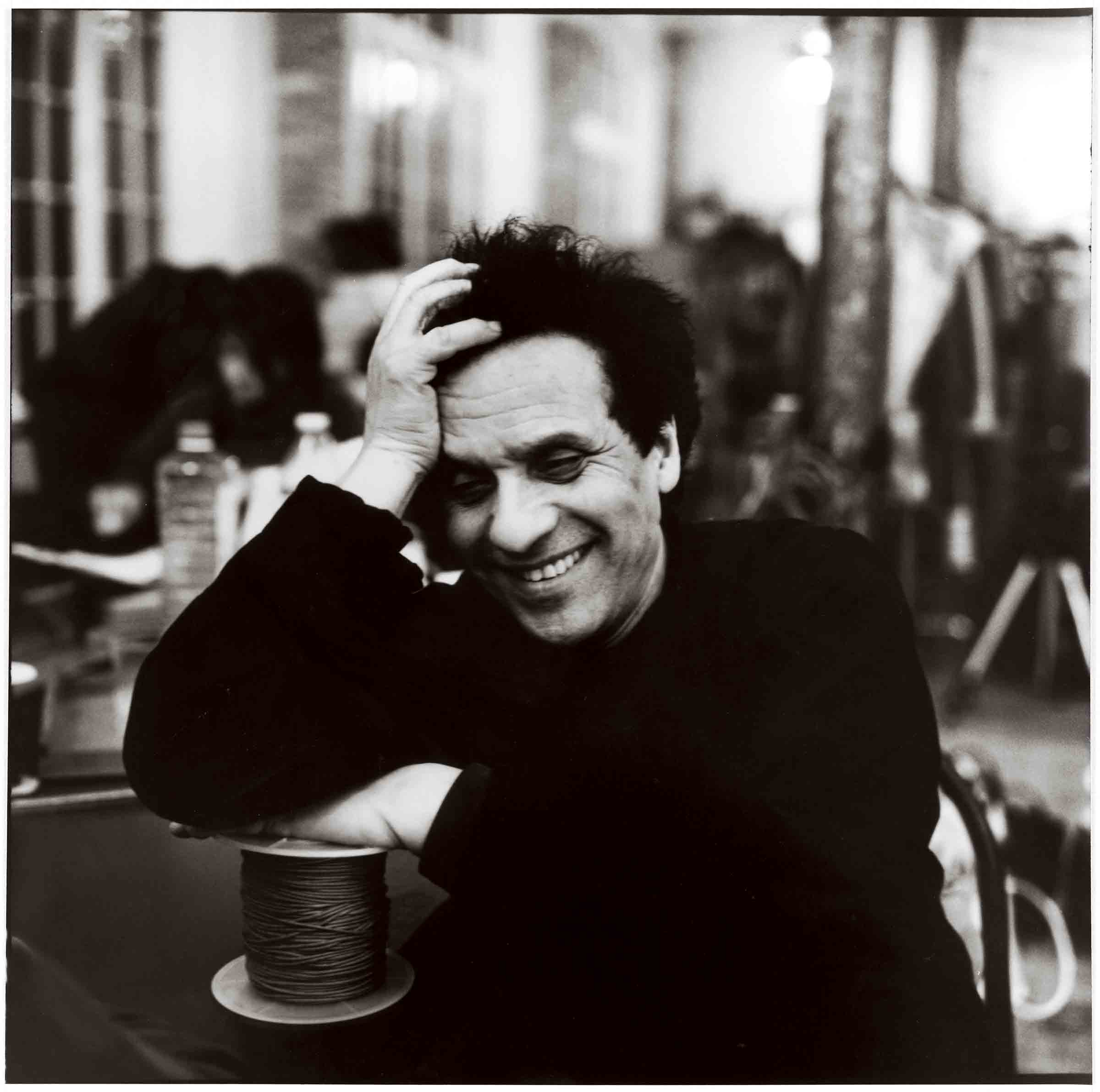 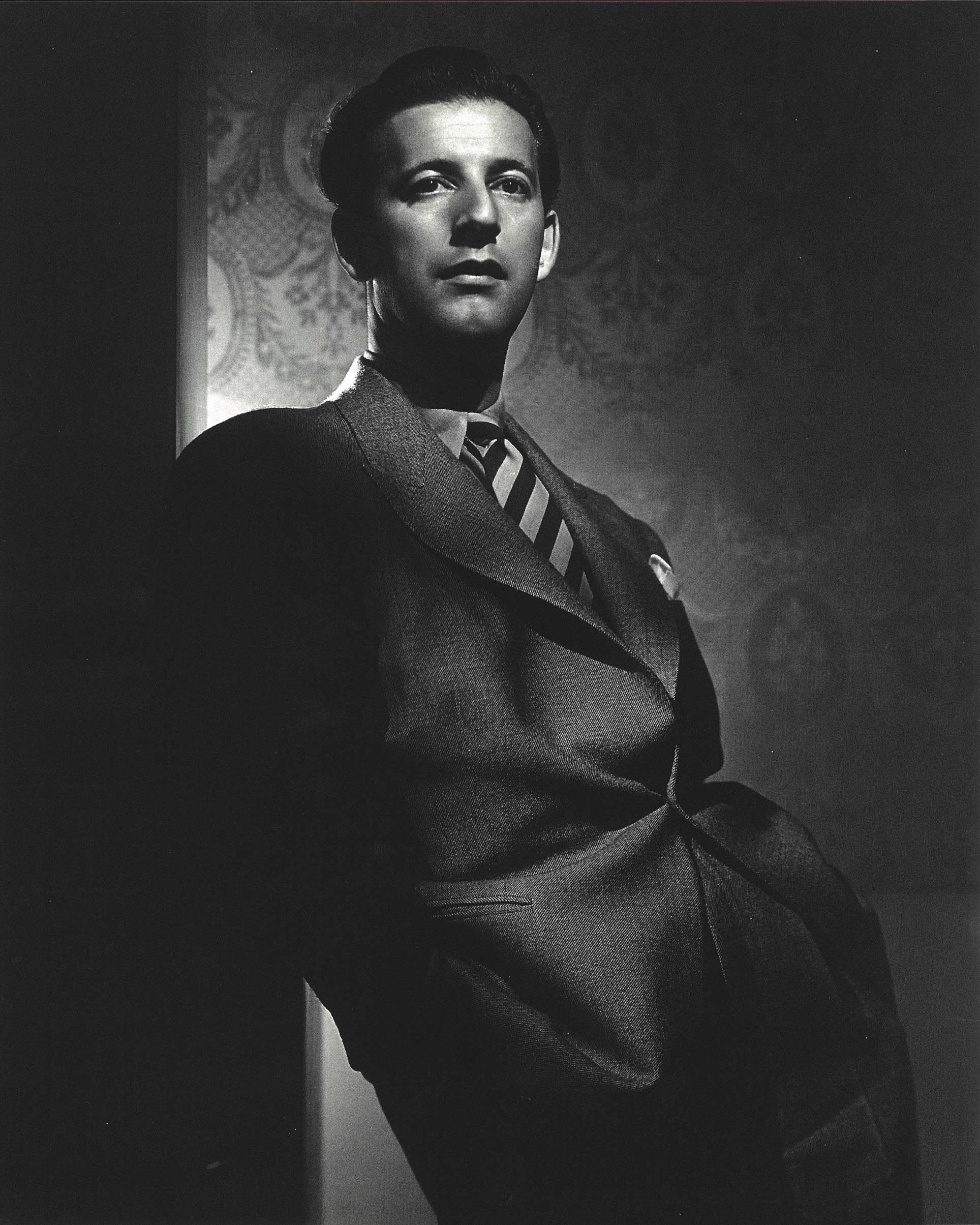 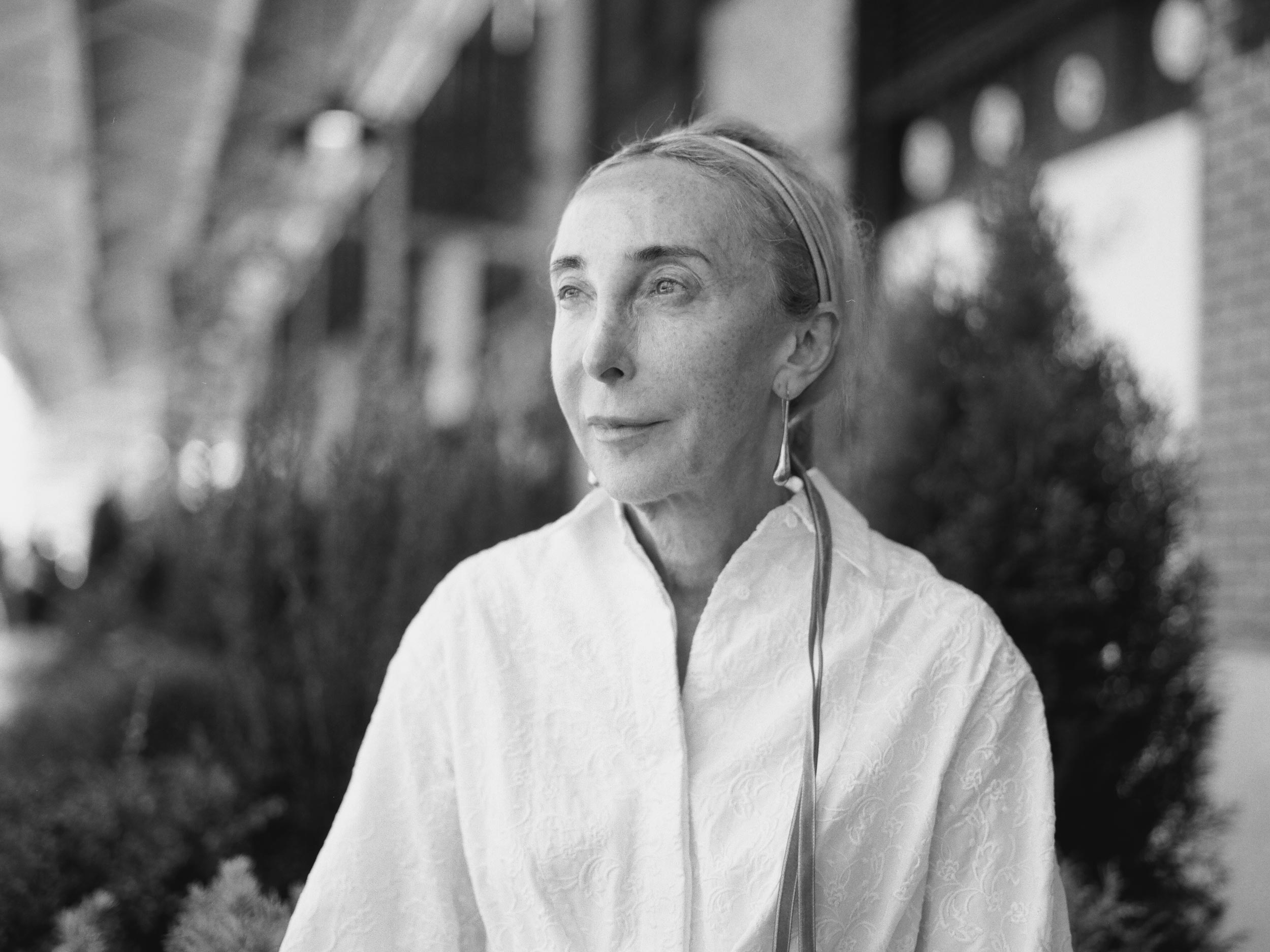