Vaginal Davis killed the video star with her ‘terrorist drag’

Revisiting ‘The White to be Angry,’ the parody proto-visual album that lampooned Woody Allen, Clive Barker, and Bruce LaBruce

“Whimsy, whimsy, and more whimsy—that’s always been my aesthetic choice,” Vaginal Davis says, her voice soaring with joy at the very thought of it. After a whirlwind trip to launch the installation of her seminal 1999 work, The White to Be Angry, at the Art Institute of Chicago and a series of standing-room only events, Davis has finally returned to her home in Berlin, where she has lived since 2005.

“I don’t like to be dogmatic, didactic, or preachy because people don’t really listen. I’m an around the way girl, that’s what I am,” Davis says, tapping into her South Central, Los Angeles roots. A true American original, Davis’s origin story is the stuff of legend. Her mother, a Black Creole “femme lesbian separatist” then 45 years old, met her father, a Mexican-American Jew in his 20s, just once. Davis was conceived during a Ray Charles concert at the Hollywood Palladium in the early 1960s. Born intersex, Davis’s mother rejected the doctors’ orders that she choose a single sex for her child, allowing her the freedom to be both.

Coming of age in the heady days of 1970s West Coast punk, Davis took her name in homage to activist Angela Davis, schooling the clueless like a true revolutionary on every front. The originator of the homo-core punk movement and a gender-queer art music icon, Davis rose to underground stardom while taking on a diverse array of personas while performing with art bands including Black F*g, Cholita! The Female Menudo, the Afro Sisters, and Pedro Muriel and Ester (PME). 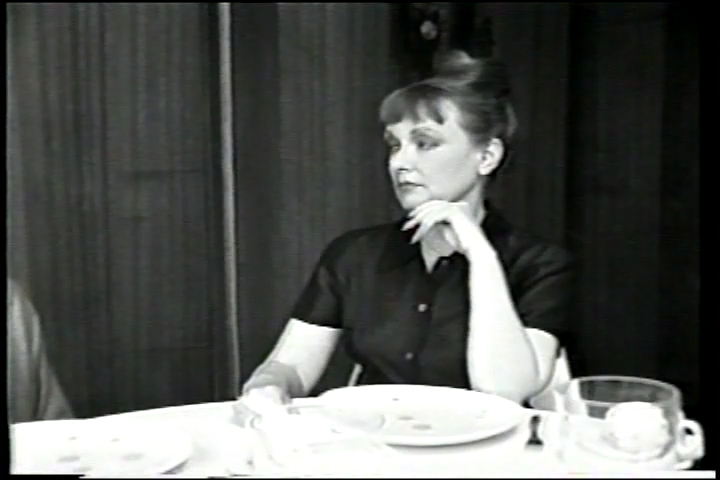 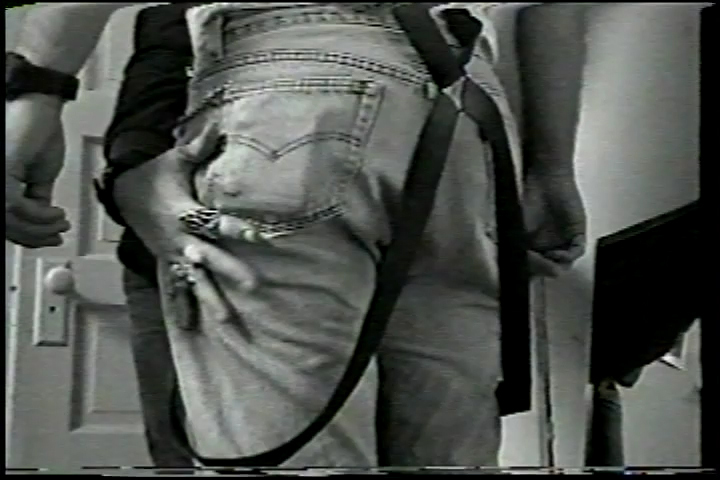 The White to be Angry, 1999. Courtesy The Art Institute of Chicago, ©Vaginal Davis

In PME, a speed metal thrash band Davis formed in 1989 with Glen Meadmore, Davis performed as Clarence, a white-supremacist militia-man from Idaho in possession of secret desires. Davis’s friend and collaborator Jeffrey Hilbert, a leading club promoter in LA’s underground scene in the ’90s, inspired the character. “Jeffrey is from Boise, Idaho, a completely militia white supremacist state,” Davis says. “Everyone knows if you are a white person who cannot handle minorities, you move to Montana, Idaho, places in the Pacific Northwest, because those are places with a small ratio of minorities. Jeffrey told me some amazing stories about growing up. His older sister, she’s white and she dated a Black football player at the local high school. It caused such a stir. His mother and father stood up to white supremacy and his family were completely ostracized.”

After disbanding for a few years, PME reunited for the Queercore ’95 festival in Chicago and released their first full-length album, The White to Be Angry. “Jeffrey came up with the title, The White to Be Angry. That says it all,” Davis notes. After the album was released, Davis set forth to create what we would now call a “visual album,” though it was all designed to take the piss out of music videos. “The whole thing is a parody,” Davis says about the series of music videos that form a larger film, creating the sensation of watching cable TV long before life went digital. 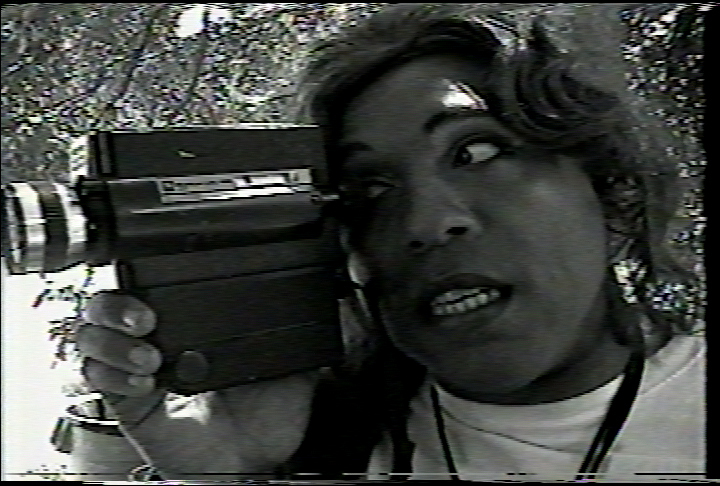 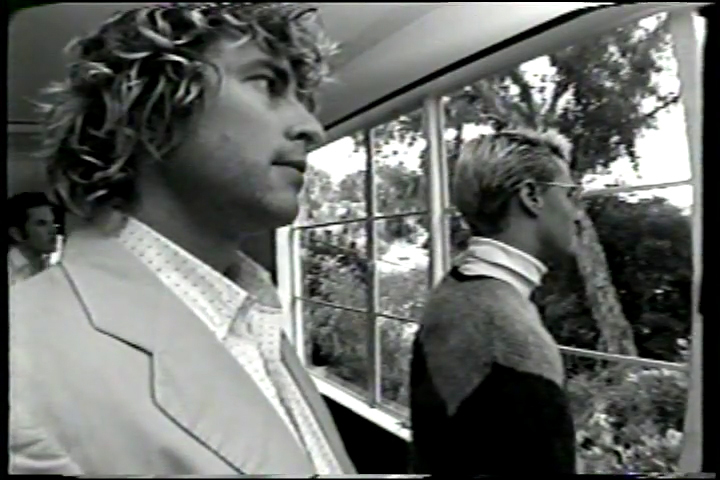 Vaginal Davis as GB Jones in The White to be Angry, 1999. Courtesy The Art Institute of Chicago, ©Vaginal Davis

“I couldn’t care less about music videos. I hate them,” Davis says. “I’m using it as a template because it was a very recognizable form, especially in the ’90s with MTV. I decided to spoof them with the fast editing and fast cuts. The joke was that Woody Allen, Clive Barker, and Bruce LaBruce directed videos for songs from my album. It’s my way of making a statement about people having this love for things that are slick and commercial. My aesthetic is the opposite of that. I like my things gritty, raw, and rough. It wasn’t low budget — it was no budget! It took years to make because I was begging, borrowing, and stealing equipment.”

In 1999, The White to Be Angry premiered at the Outfest film festival in LA, opening for Bruce LaBruce’s feature film, Skin Flick, which also took shots at the rapacious specter of white supremacy. In that moment, everything came full circle for all involved, as Hilbert played the Bruce LaBruce character in Davis’s video for the song “Beggars of Life,” which is also “credited” with LaBruce as the director. “I used his name and mimicked bits of his style,” Davis says. “I’m making fun of Bruce’s feature film No Skin Off My Ass. I am sure some people see the name there and say, ‘Oh Bruce directed this?’ It’s good that people get confused.” 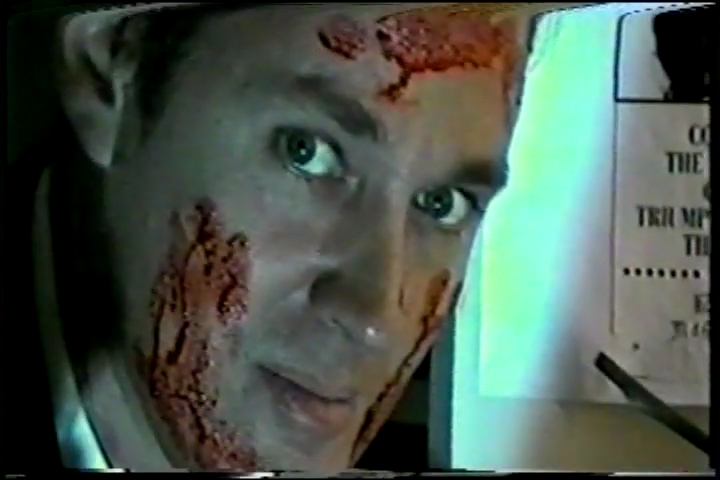 The White to be Angry, 1999. Courtesy The Art Institute of Chicago, ©Vaginal Davis

Confusion, ambiguity, dark humor, and fearlessness are just a few of the weapons in Davis’s arsenal. Her ability to find light and levity in the ugliest, most brutal aspects of American life while exposing their underlying hypocrisy has made her the foremost figure in the disruptive performance aesthetic known as “terrorist drag,” a term coined by José Esteban Muñoz in his seminal 1999 book, Disidentifications: Queers of Color and the Performance of Politics. Naturally, Davis appears on the cover—sporting a flower crown, blonde tresses, and little else. But even more tellingly, Muñoz dedicates a chapter of landmark volume to Davis fittingly titled “The White to Be Angry.”

“His book is one of the rare academic books that keeps getting reprinted and has become a textbook for a lot of people working in performance studies on the university level. That’s the reason college-age people know of me–because of this book,” Davis says. “A lot of my things were never digitalized. They were never transferred and put on YouTube and Vimeo. A lot of the stuff is still on the original format, and it’s still analogue. That’s part of the mythologizing of my work – very few people have seen the work. Only the people who actually saw us in the ’80s and ’90s, they talked about it. I like being under the radar, not above it. If people discover you and like it, fine and if they don’t that’s fine too!”

Vaginal Davis: The White to Be Angry is on view at the Art Institute of Chicago through April 26, 2020. 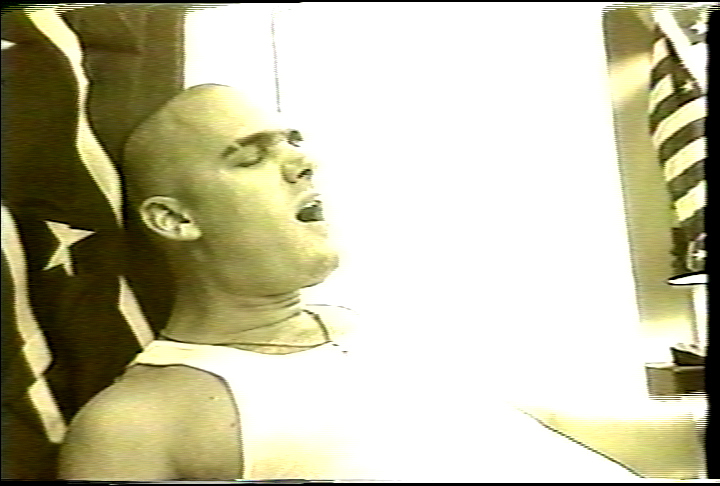 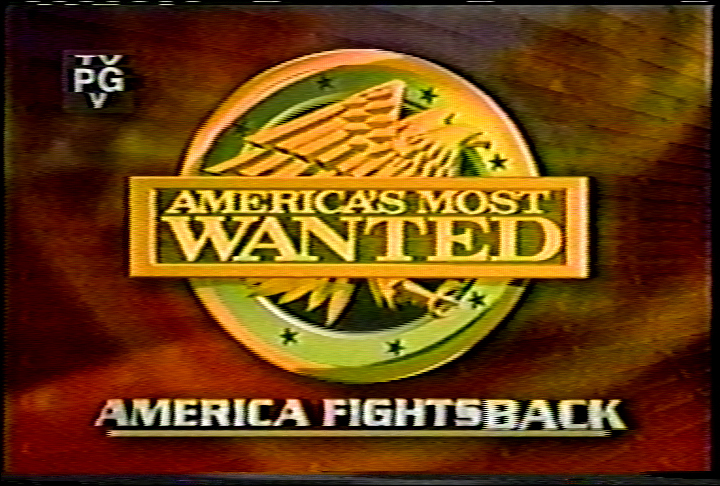 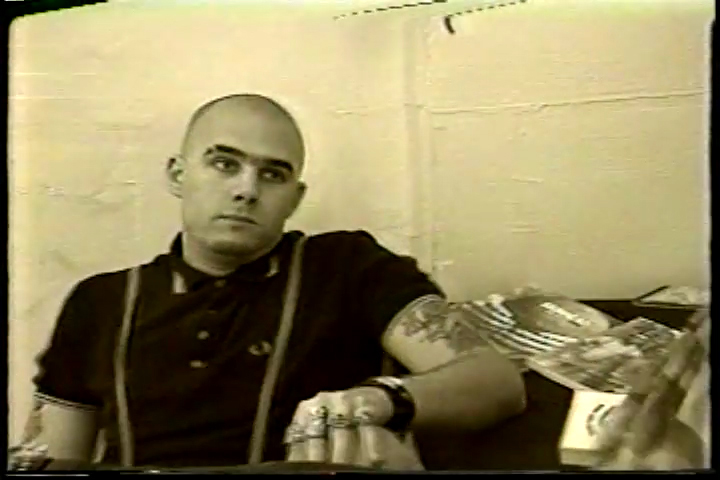 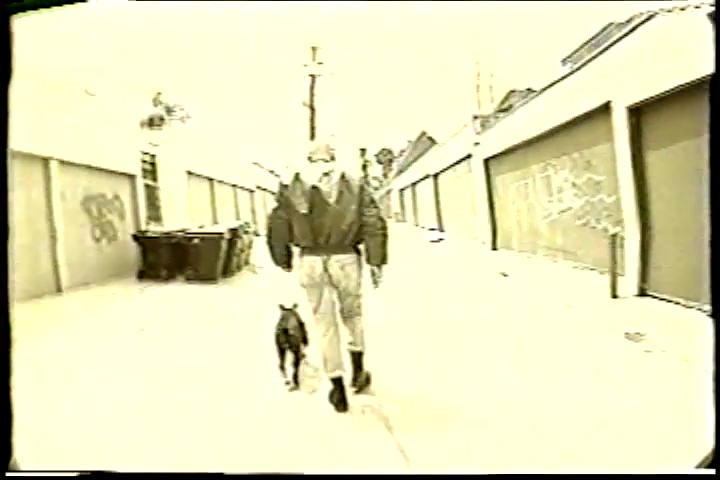 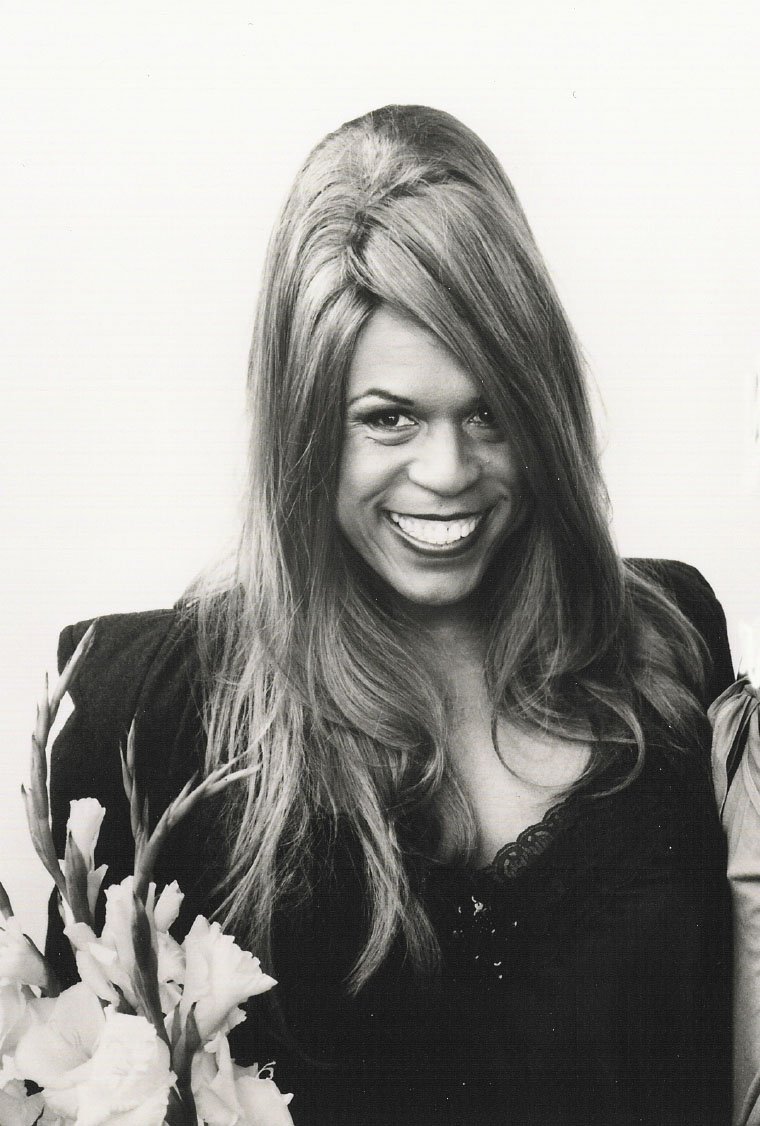