All of the wrestlers are professionals, a few WWE veterans, so independent events like this are chances to meet long-time fans and fight their friends. But it’s still no-holds-barred. There were seven bouts, if memory and my Notes app serve, which included head-to-head matches as well as two or three on ones. They entered the ring to cheers for the “faces,” boos for the “heels,” and once to raised iPhone flashlights and Lynyrd Skynyrd’s “Simple Man.” Come for the wince-worthy body slams and stay for some truly acrobatic vaulting off of and onto opponents’ shoulders, or through a hula hoop hand-held a few yards outside of the ring. The whole thing was sick, and I transcended when a referee, who bore an uncanny resemblance to a young Quentin Tarantino, got a couple hits in. 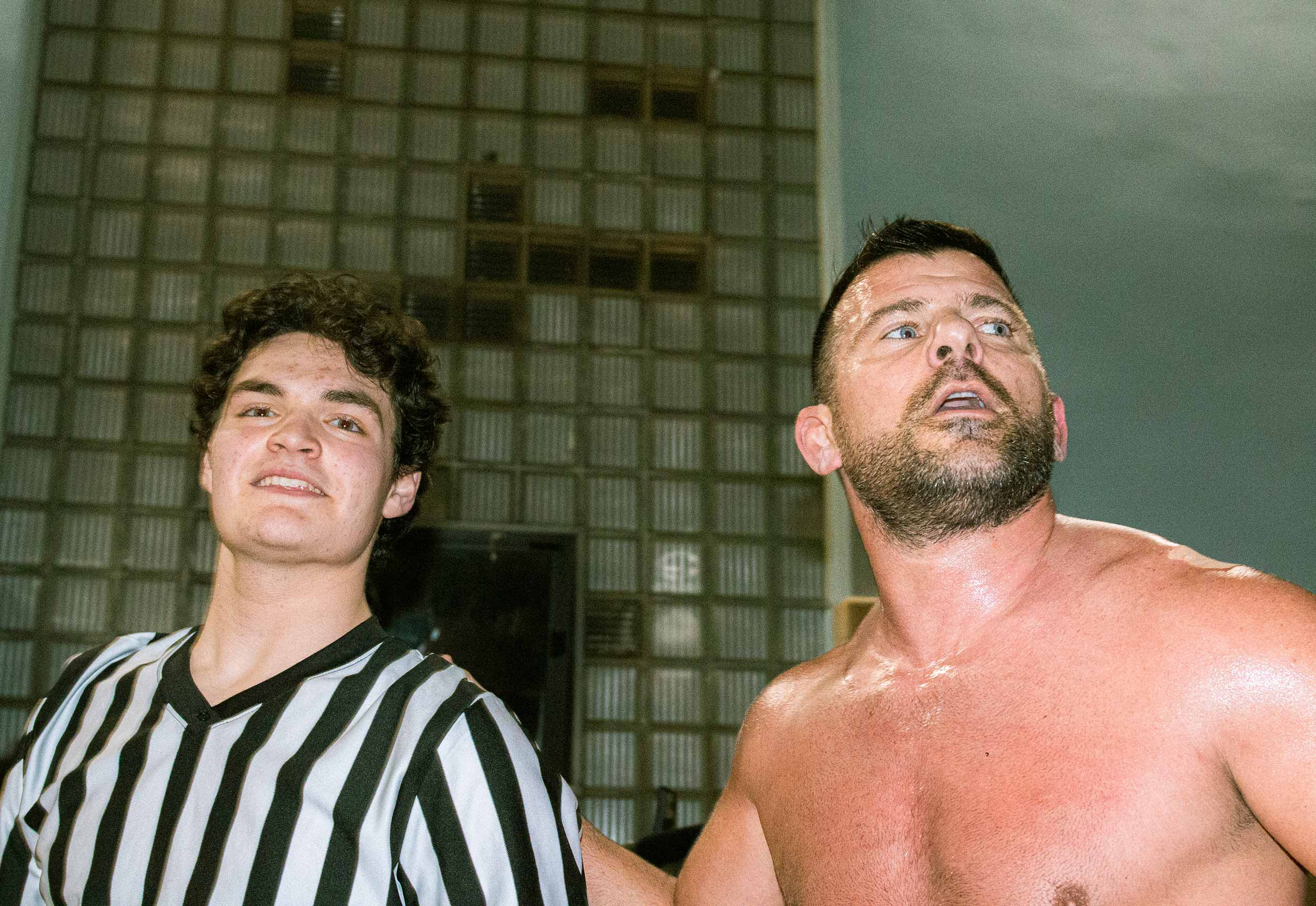 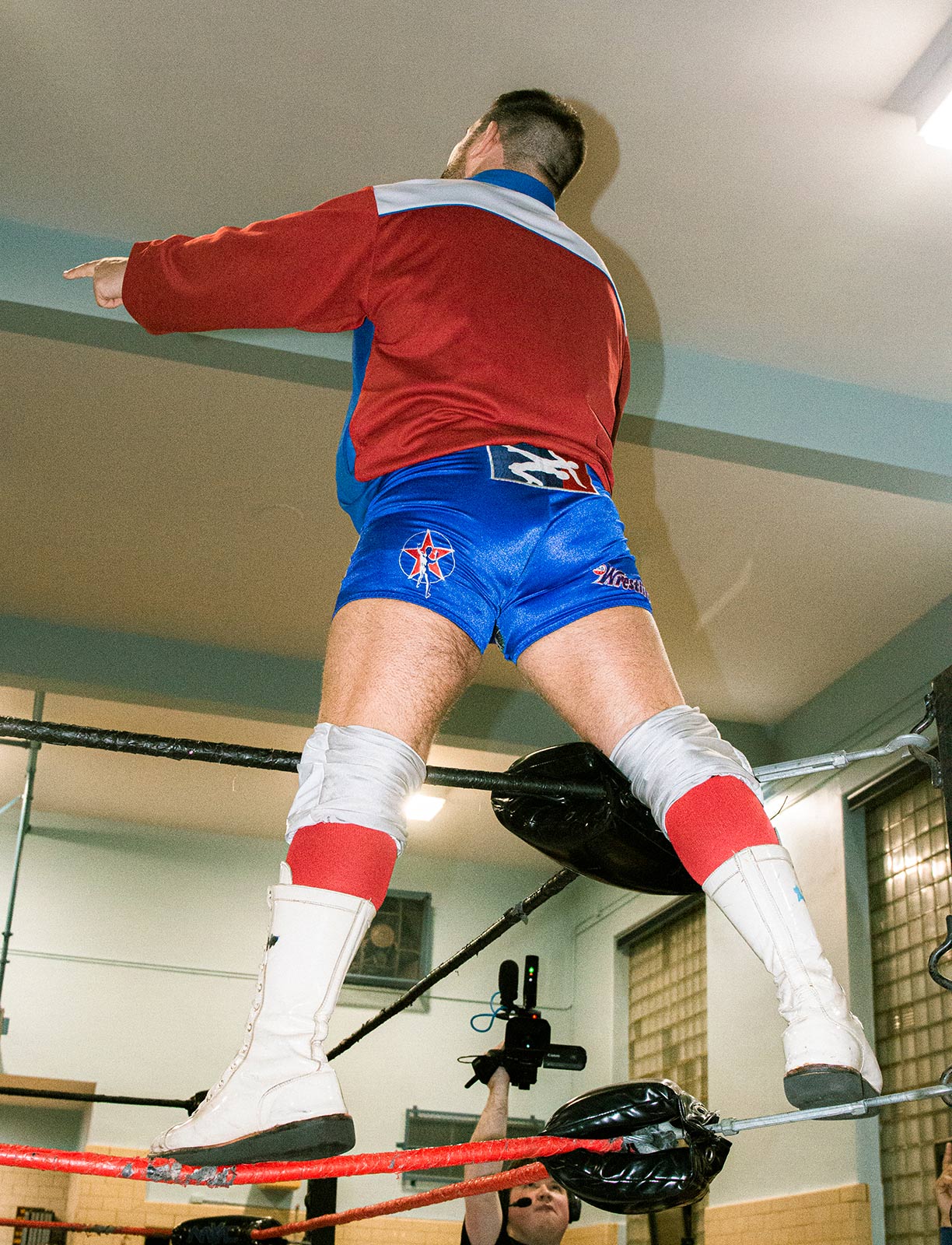 Besides shouted requests to “hit ’em already” and a tasteful amount of heckling (“Fuck his ass up! Motherfucker’s wearing purple!”), the crowd was just happy to be there, from small kids to older men in electric wheelchairs. The gym was hot but not smelly, packed by the 8 p.m. start time, and standing room mostly, but Pat got us front row seats close enough to the stage for Benji to get doused in the spray as one wrestler strutted up to the ring, squirting water, maybe beer, out of his mouth. But Benji was undeterred: “I went to indie pro wrestling, and I got wet.” 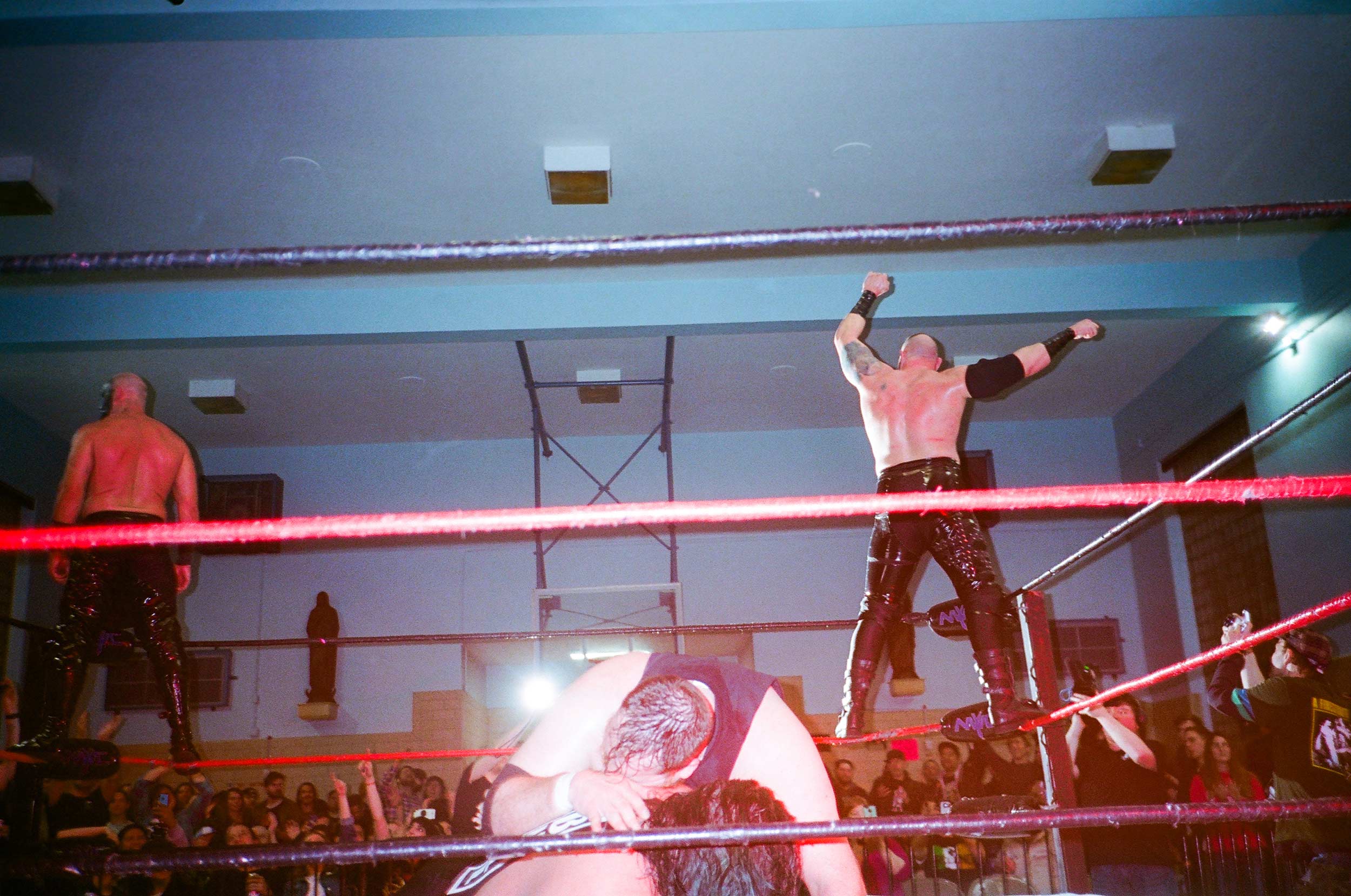 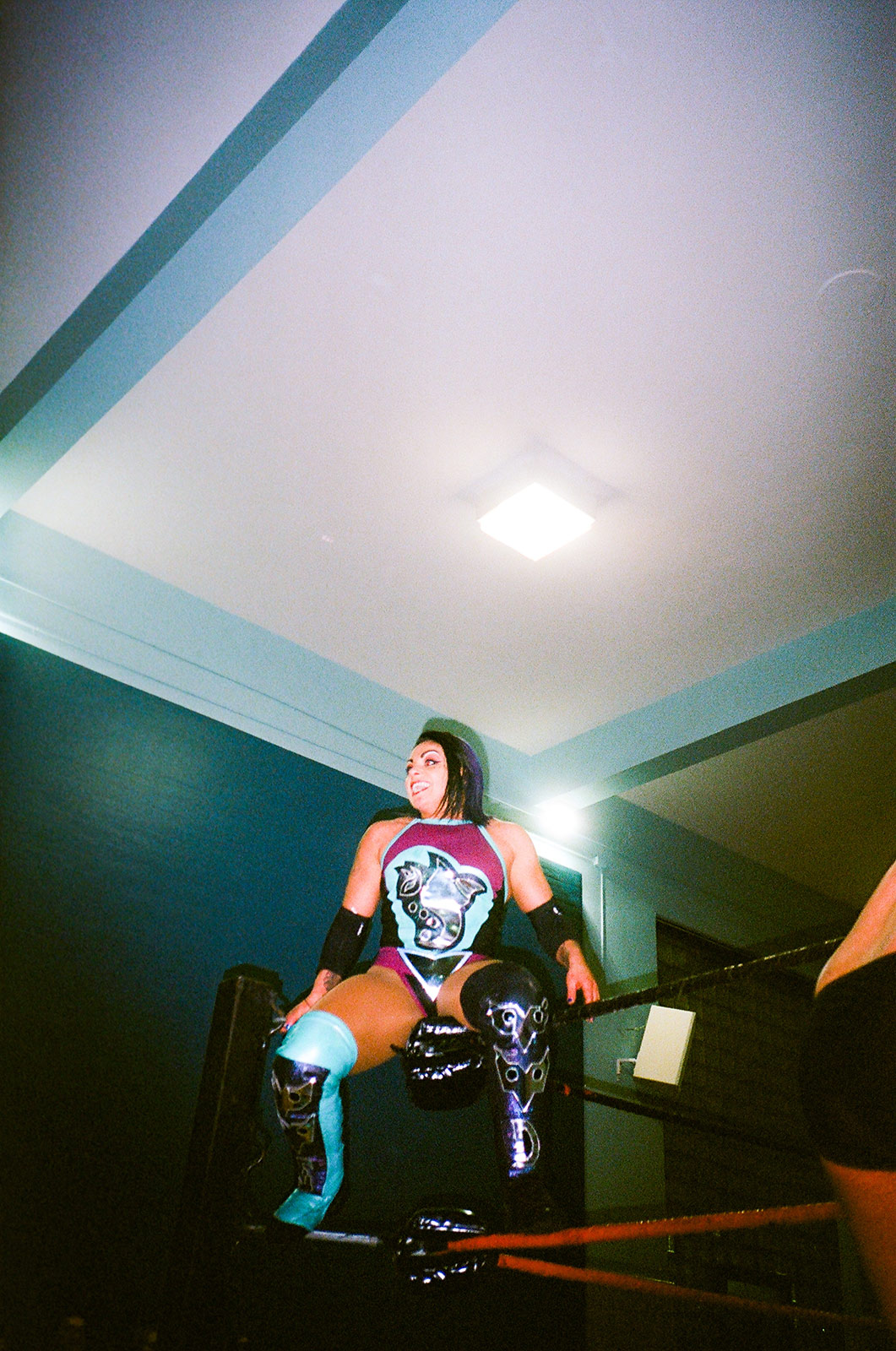 And it only ramped up from there. Audrey caught some lingering eye contact and a big wink from the Big Action (#Danger #TheyDon’tKnow) and then Mance Warner, WWE regular and self-proclaimed “Southern Psycho” came down from the ring to request my chair—for jumping, hitting purposes—during his bout with Hornswoggle, who later planted a kiss on the hand of the woman sitting next to me. So get there early and/or get in good with Pat if you wanna get wet. 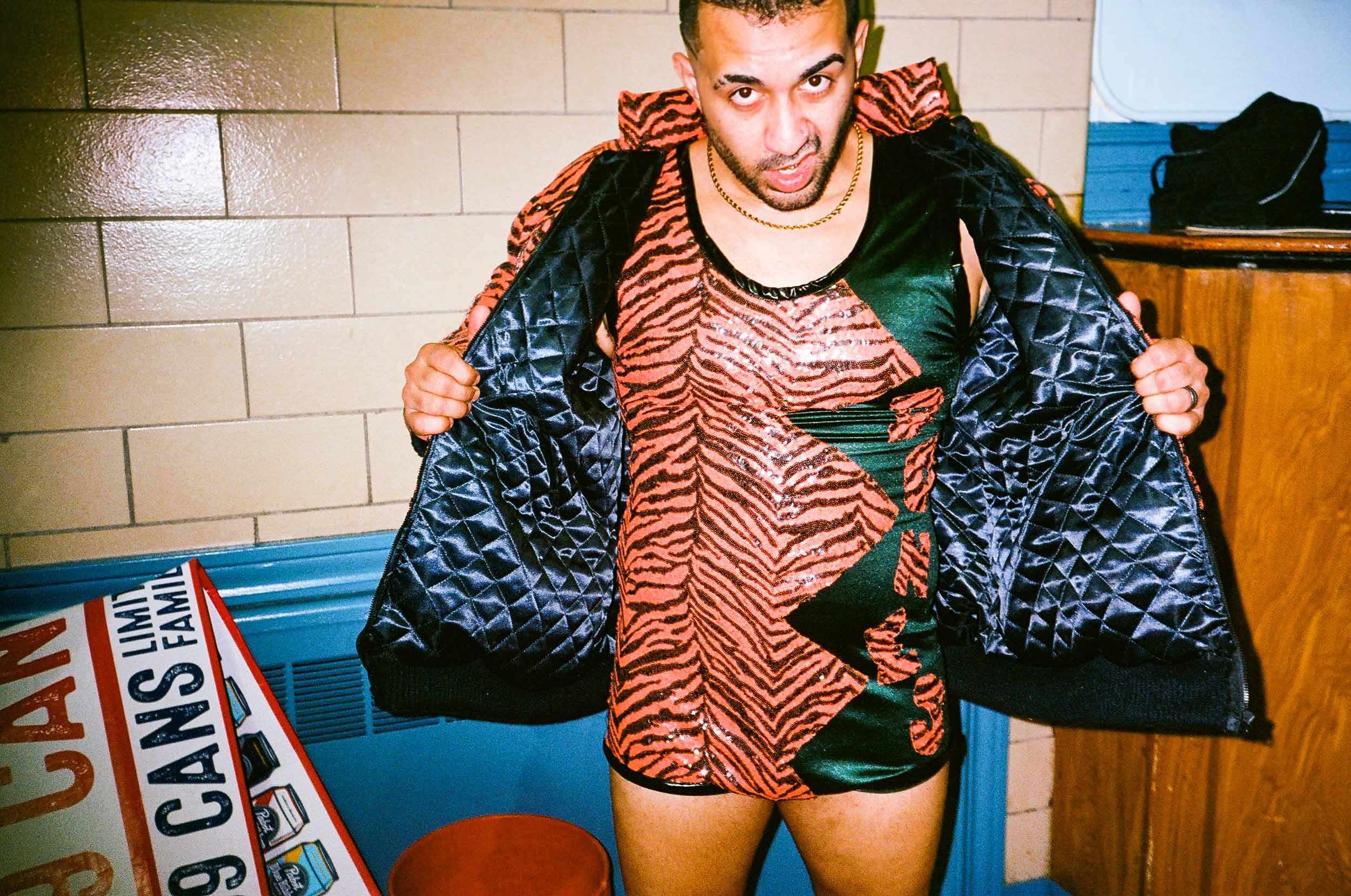 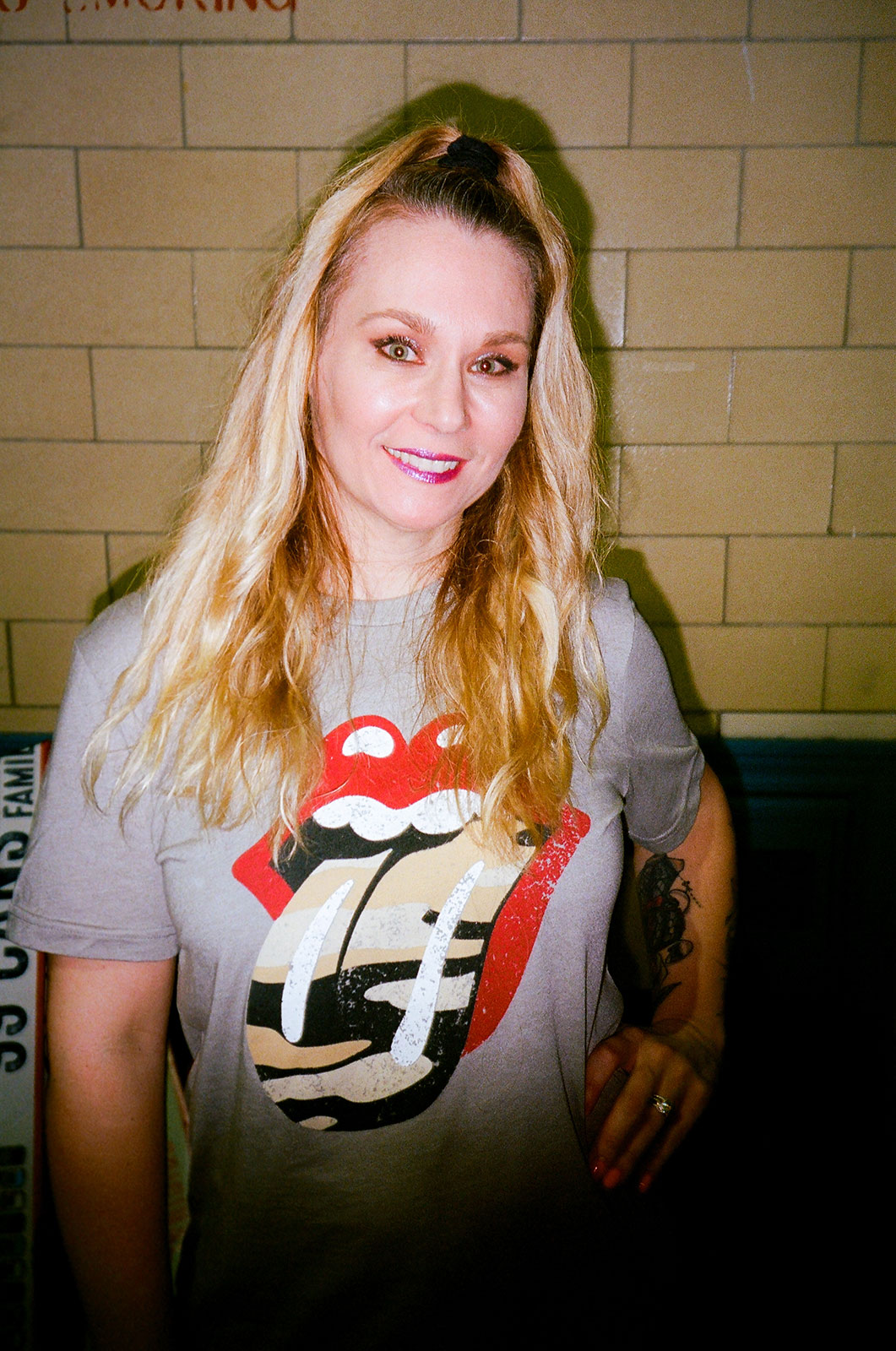 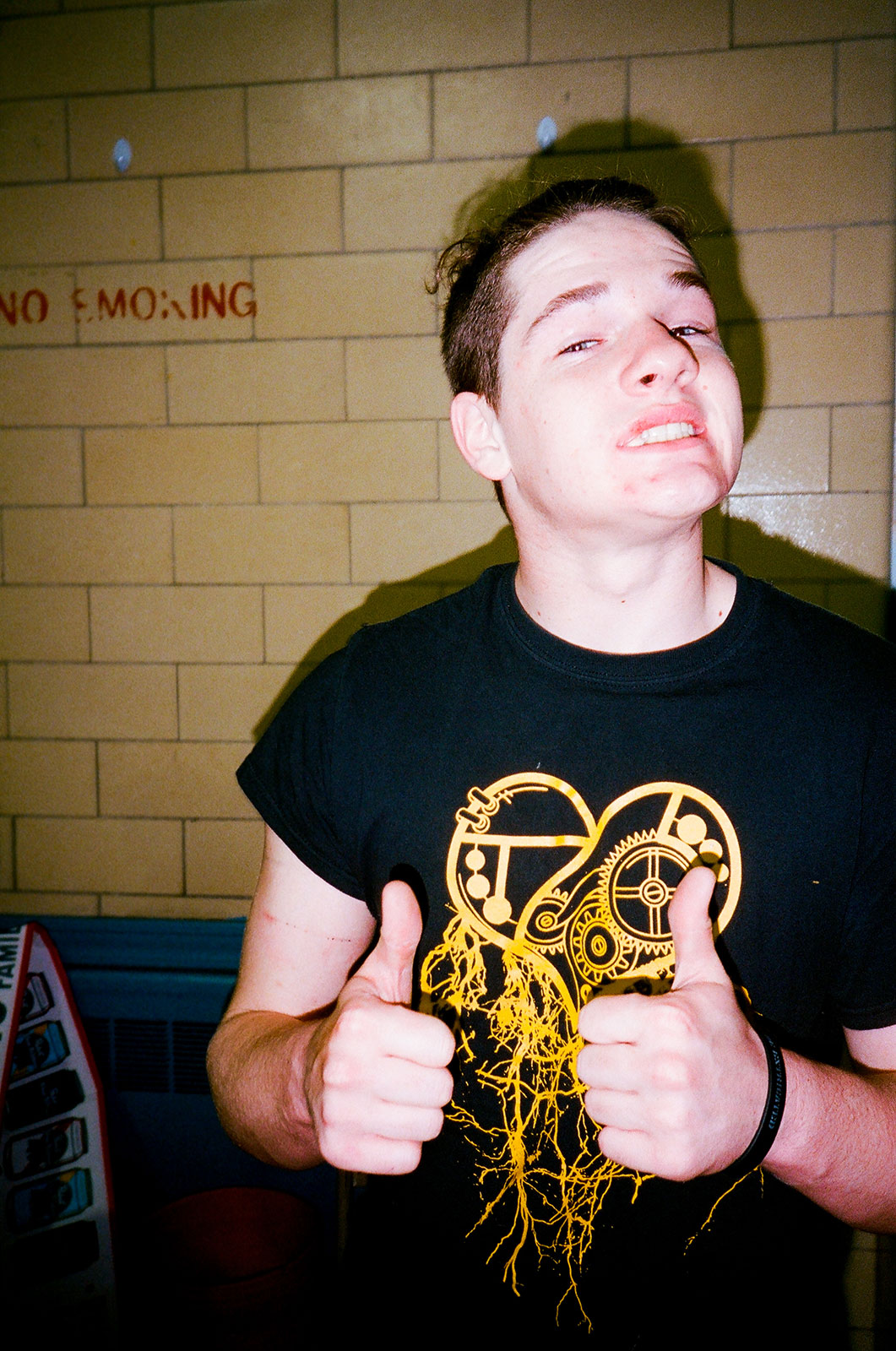 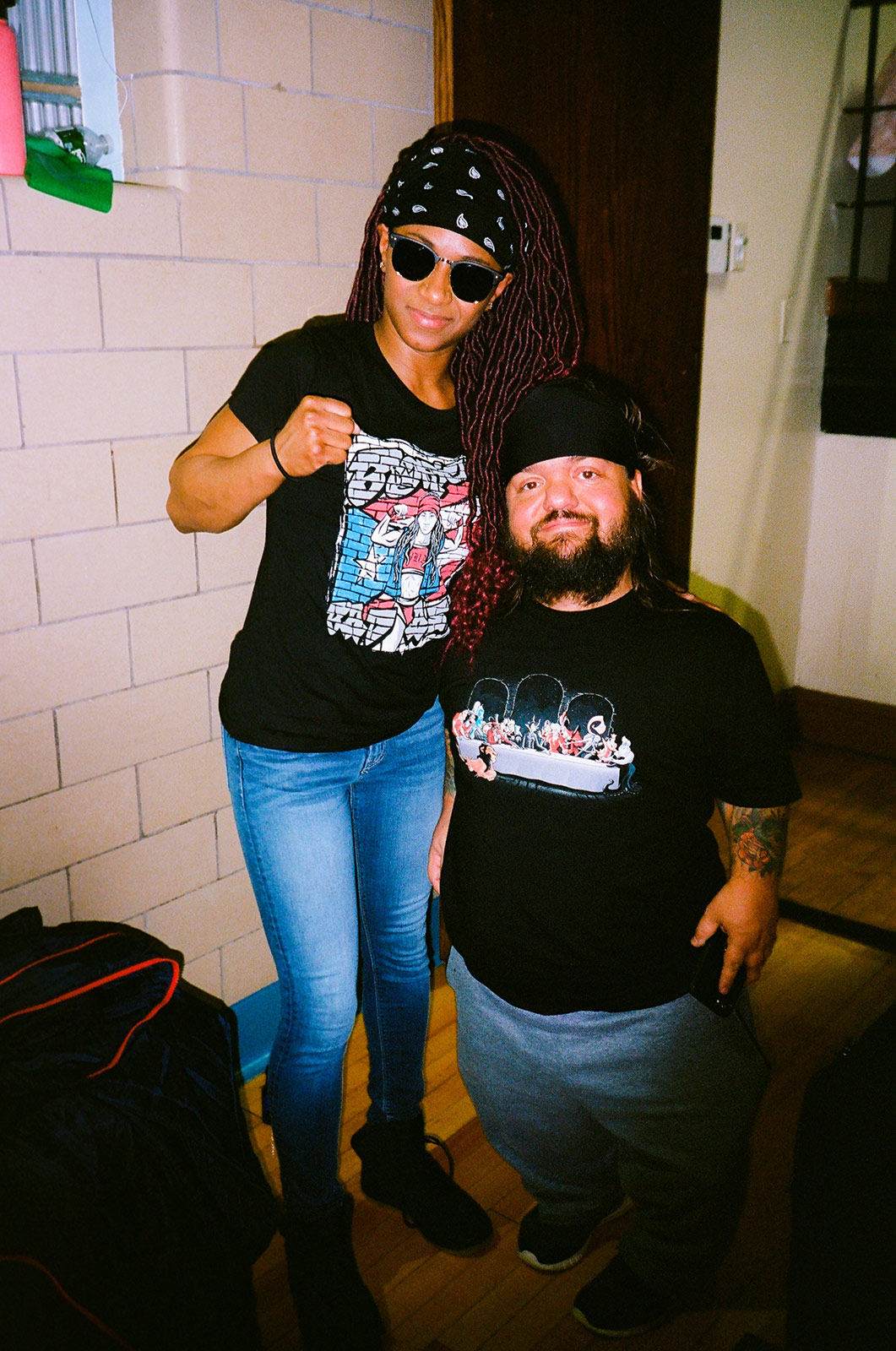 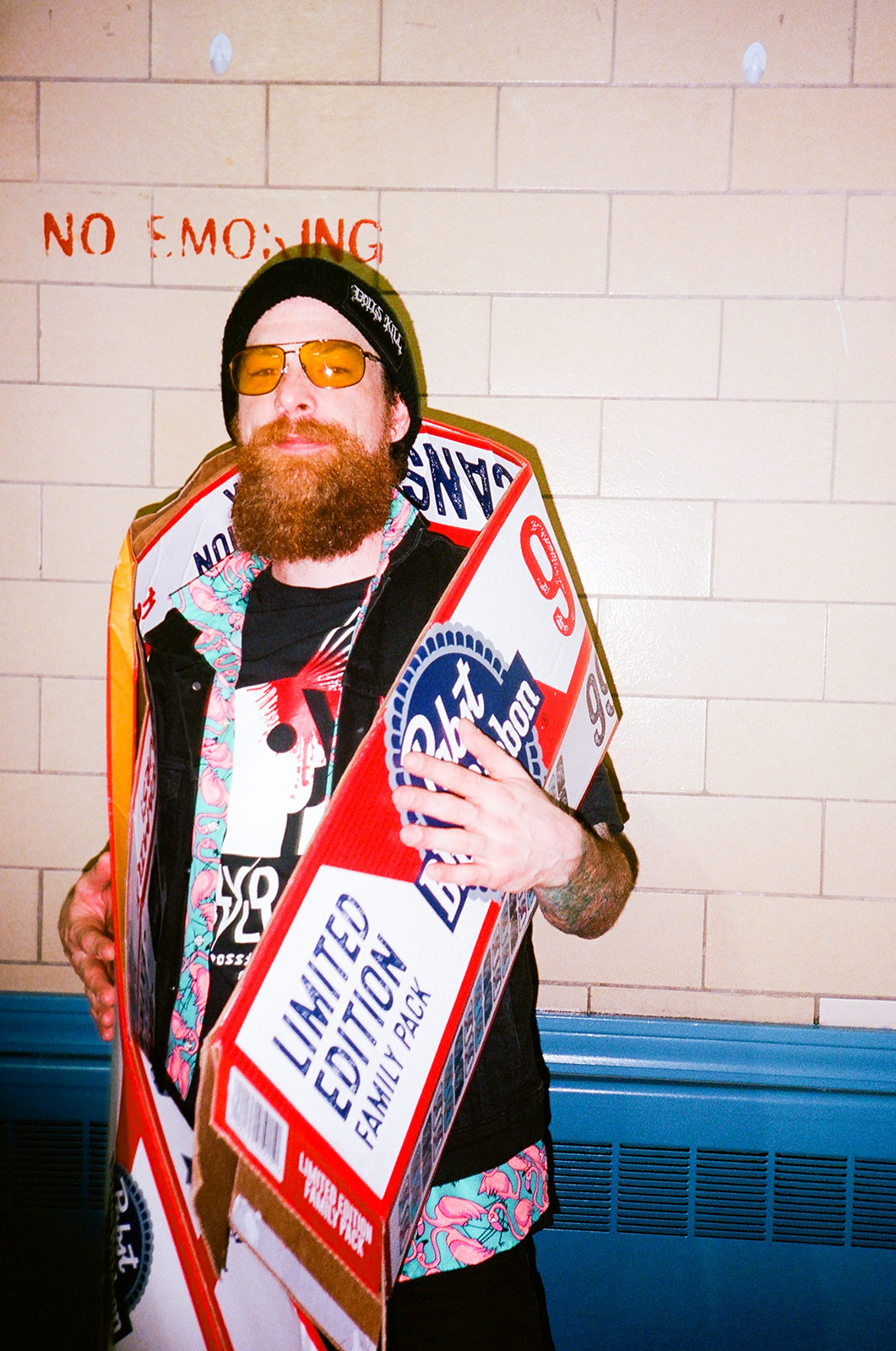 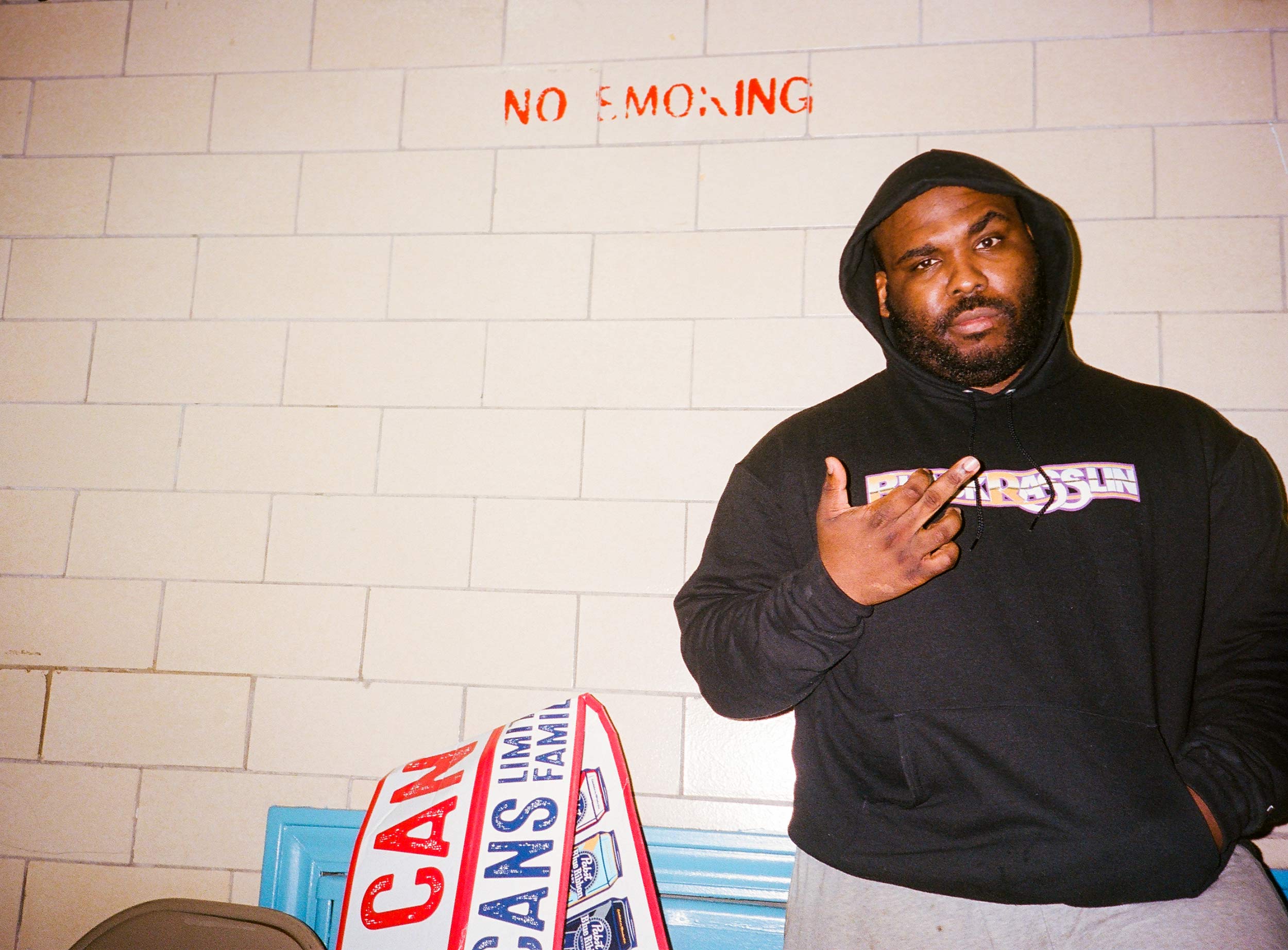 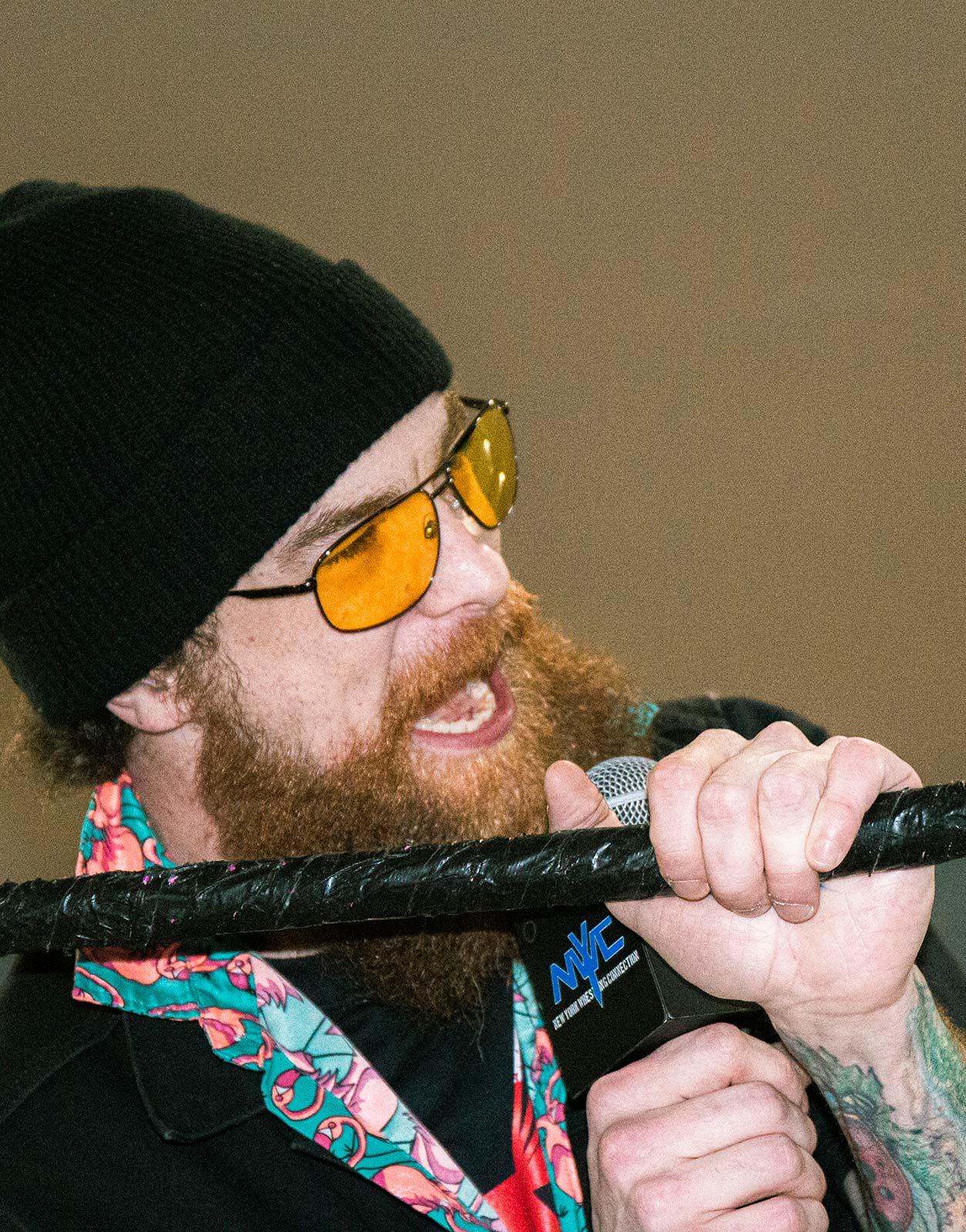 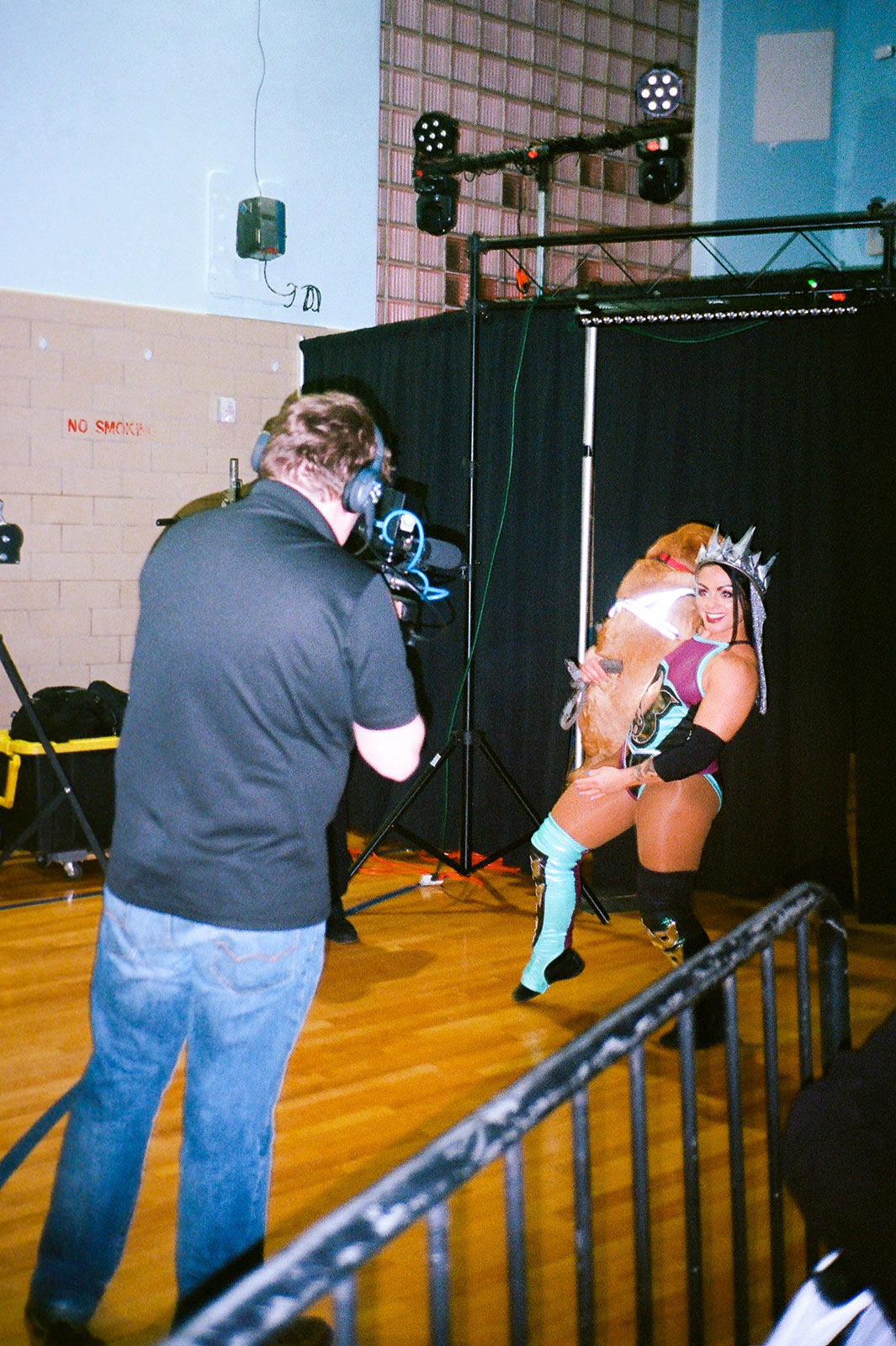 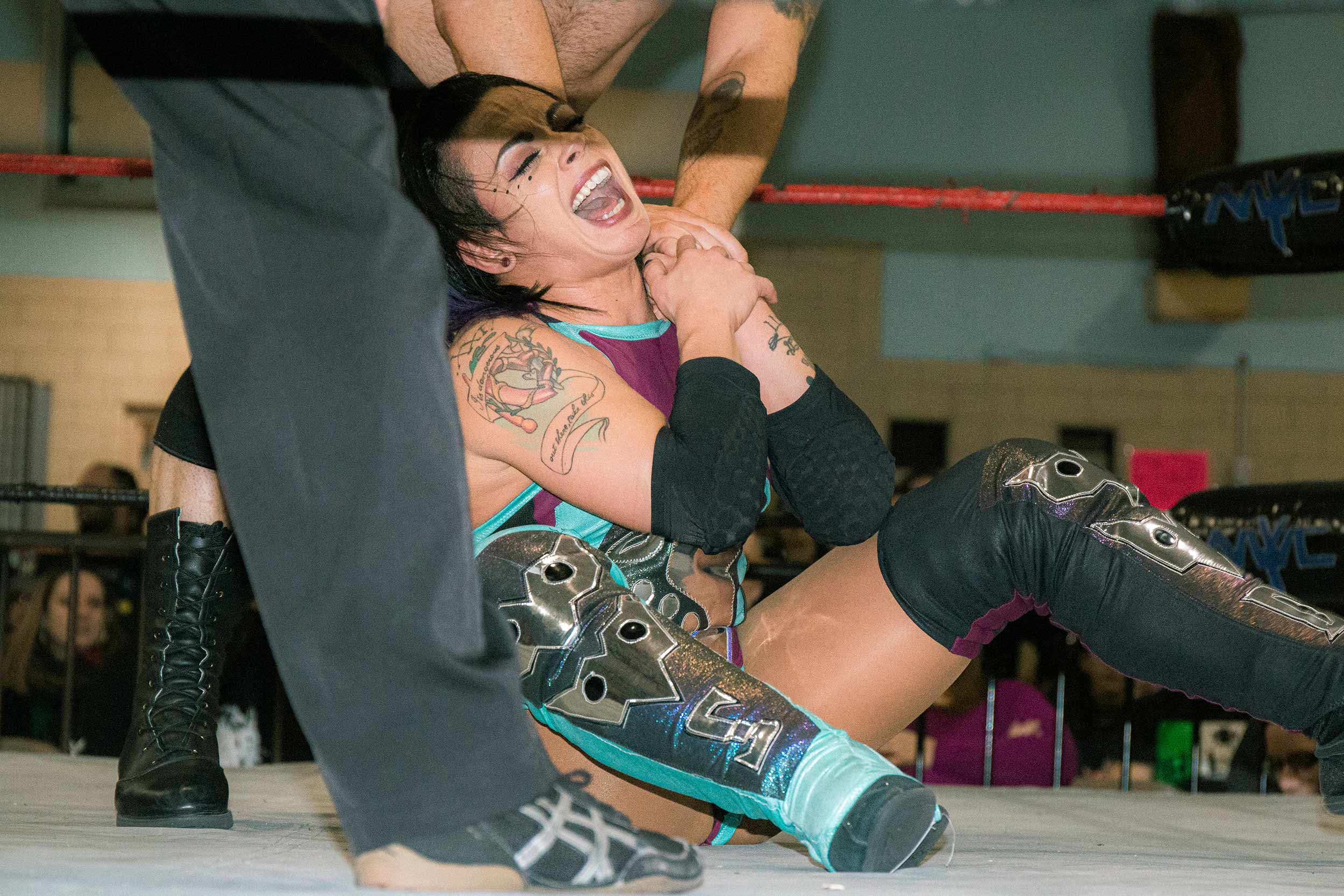 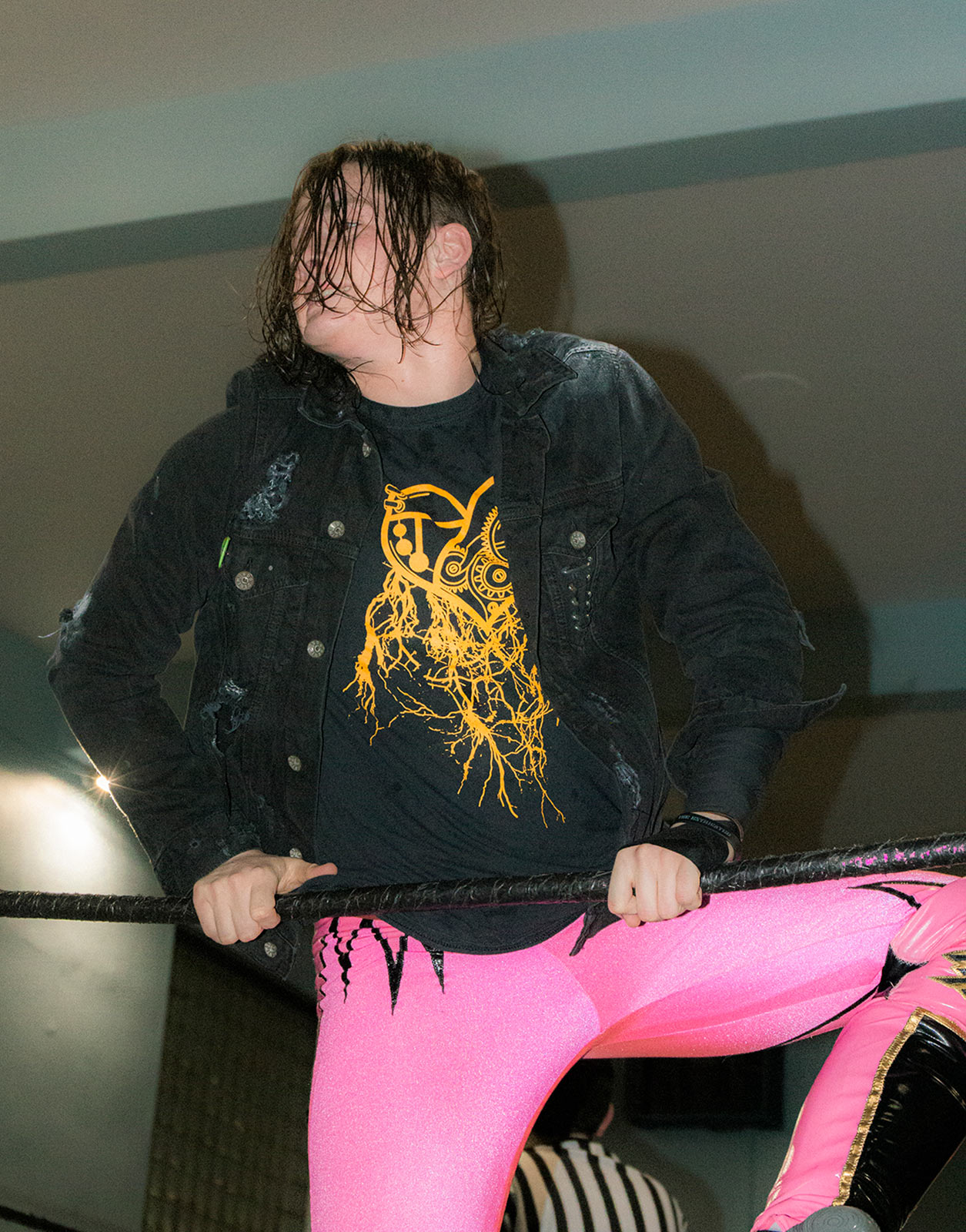 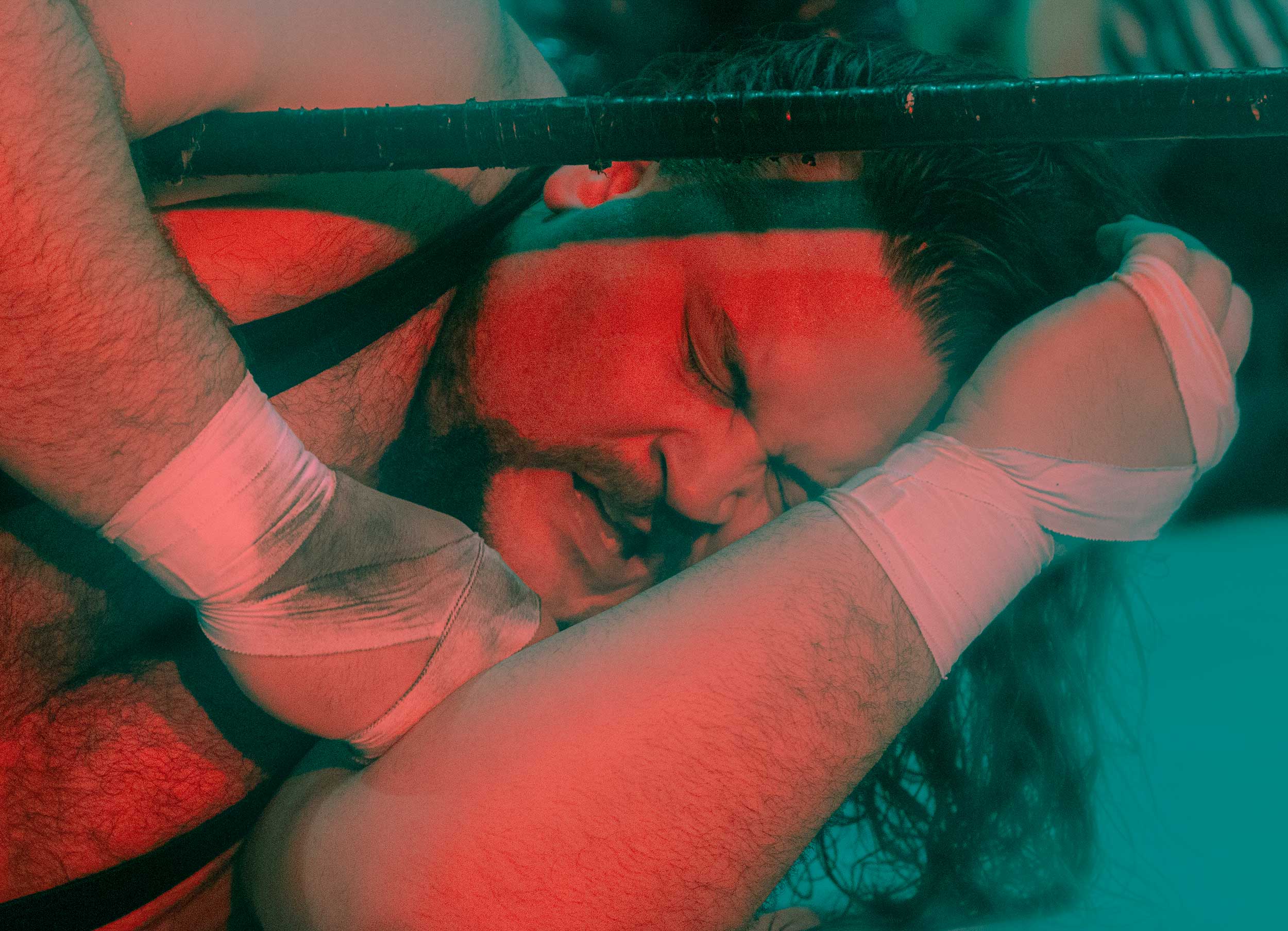 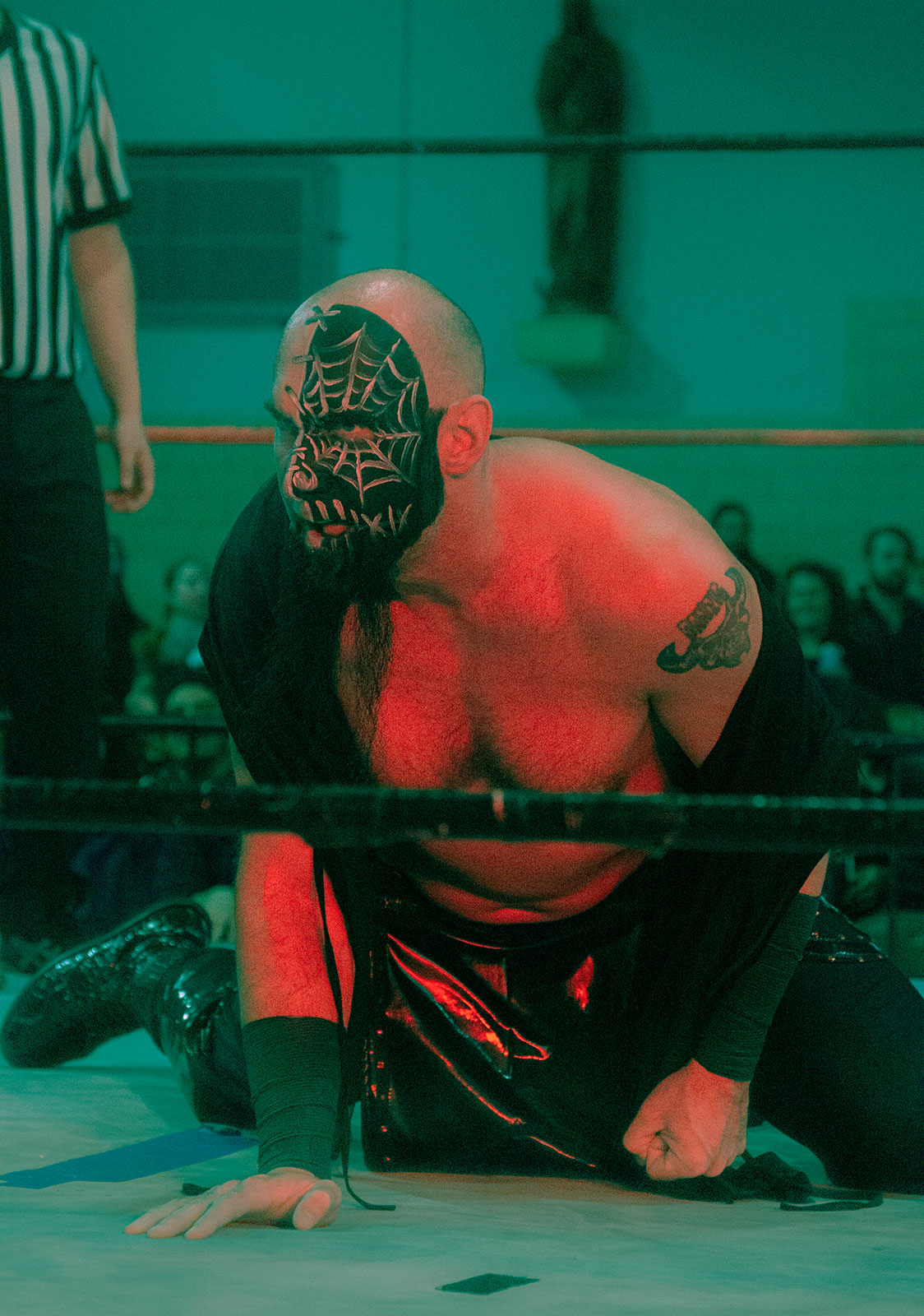 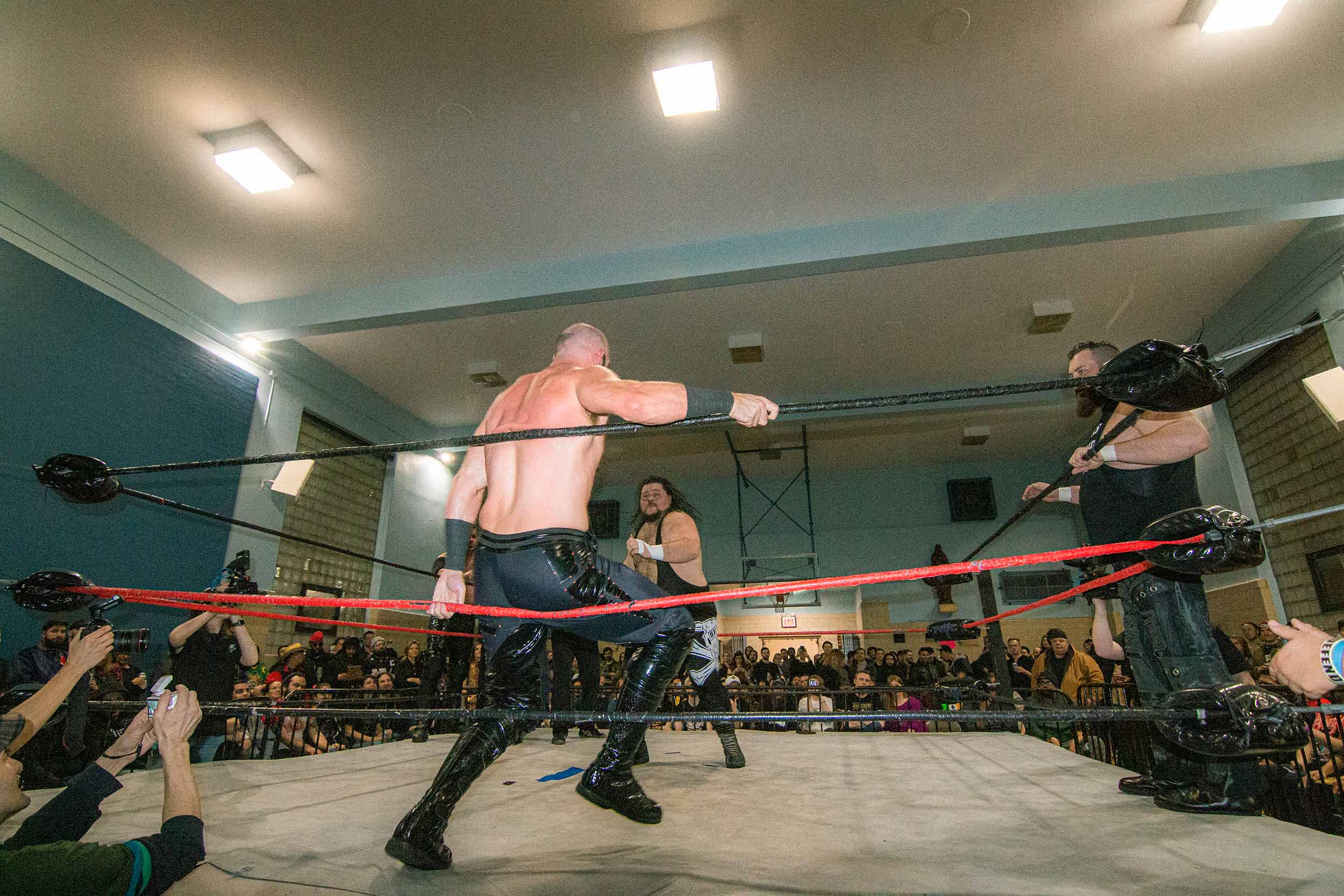 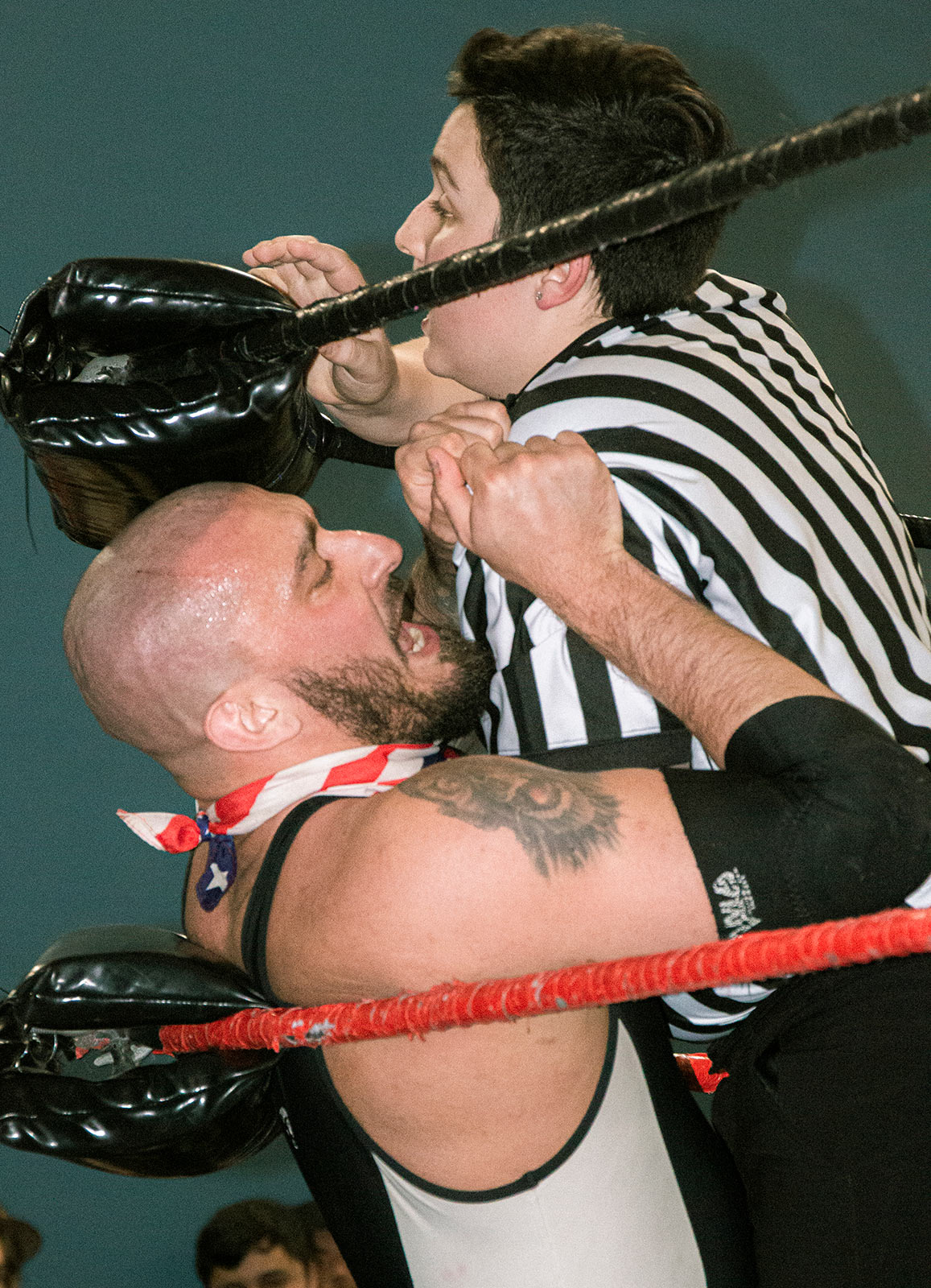 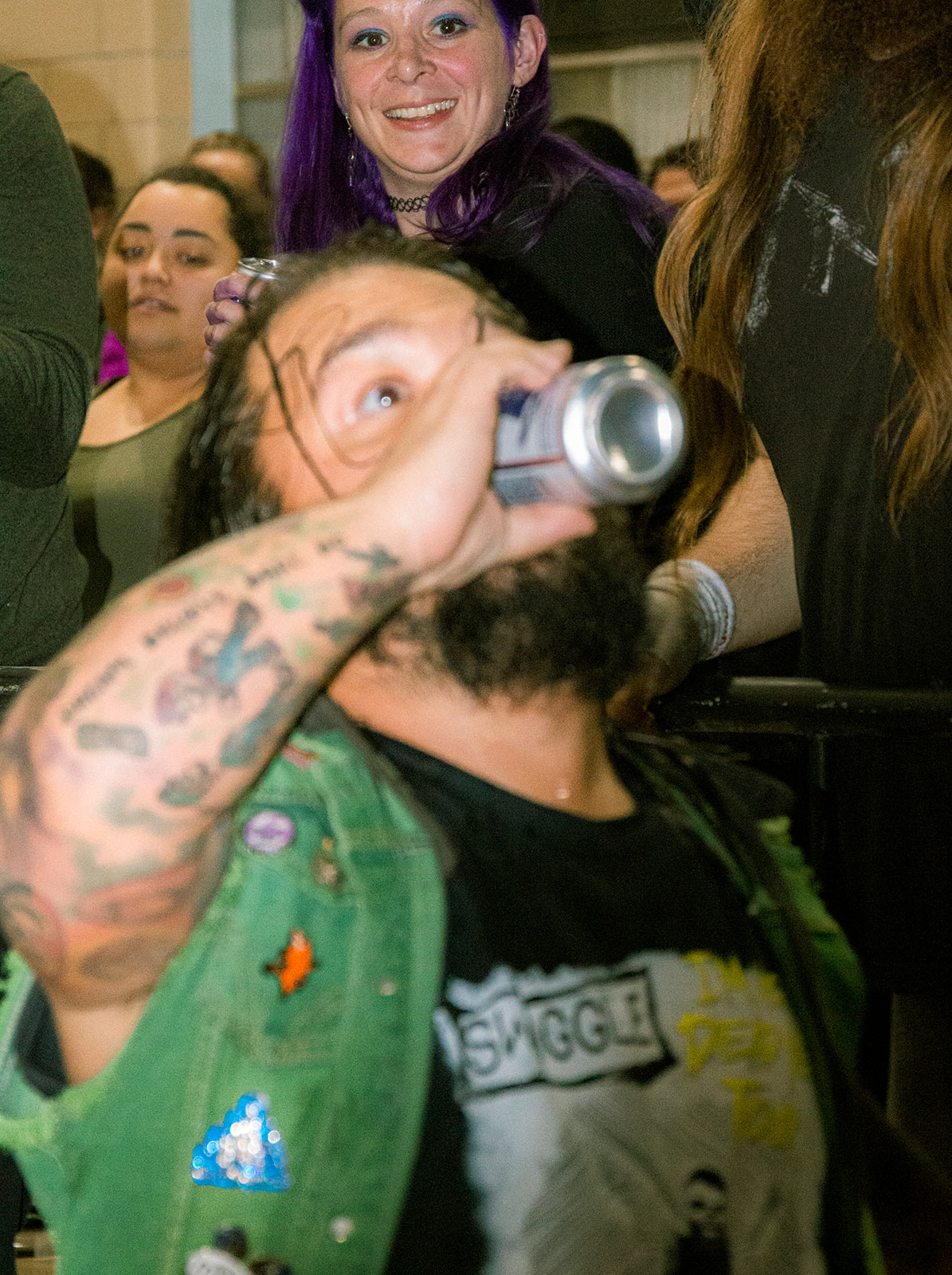 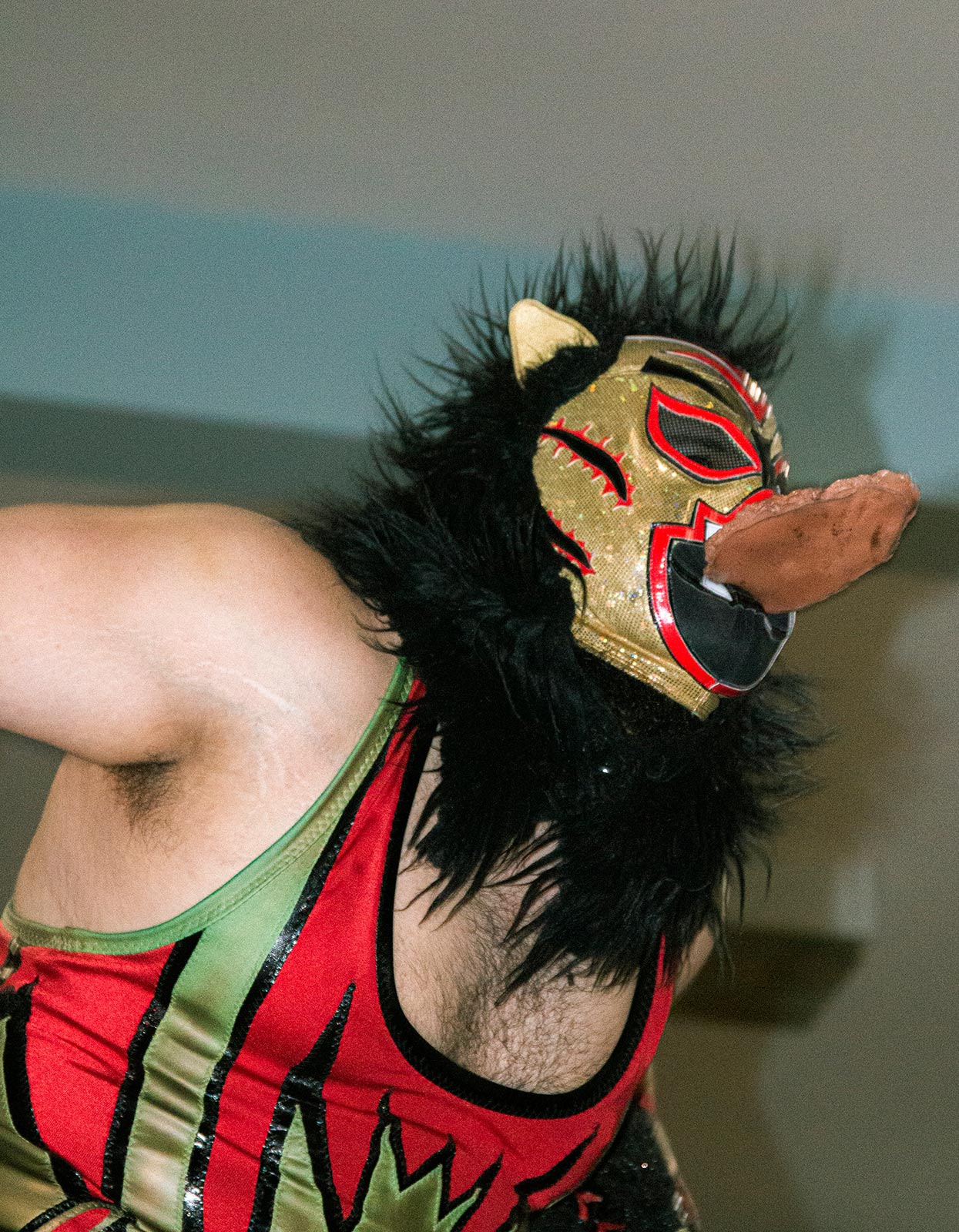 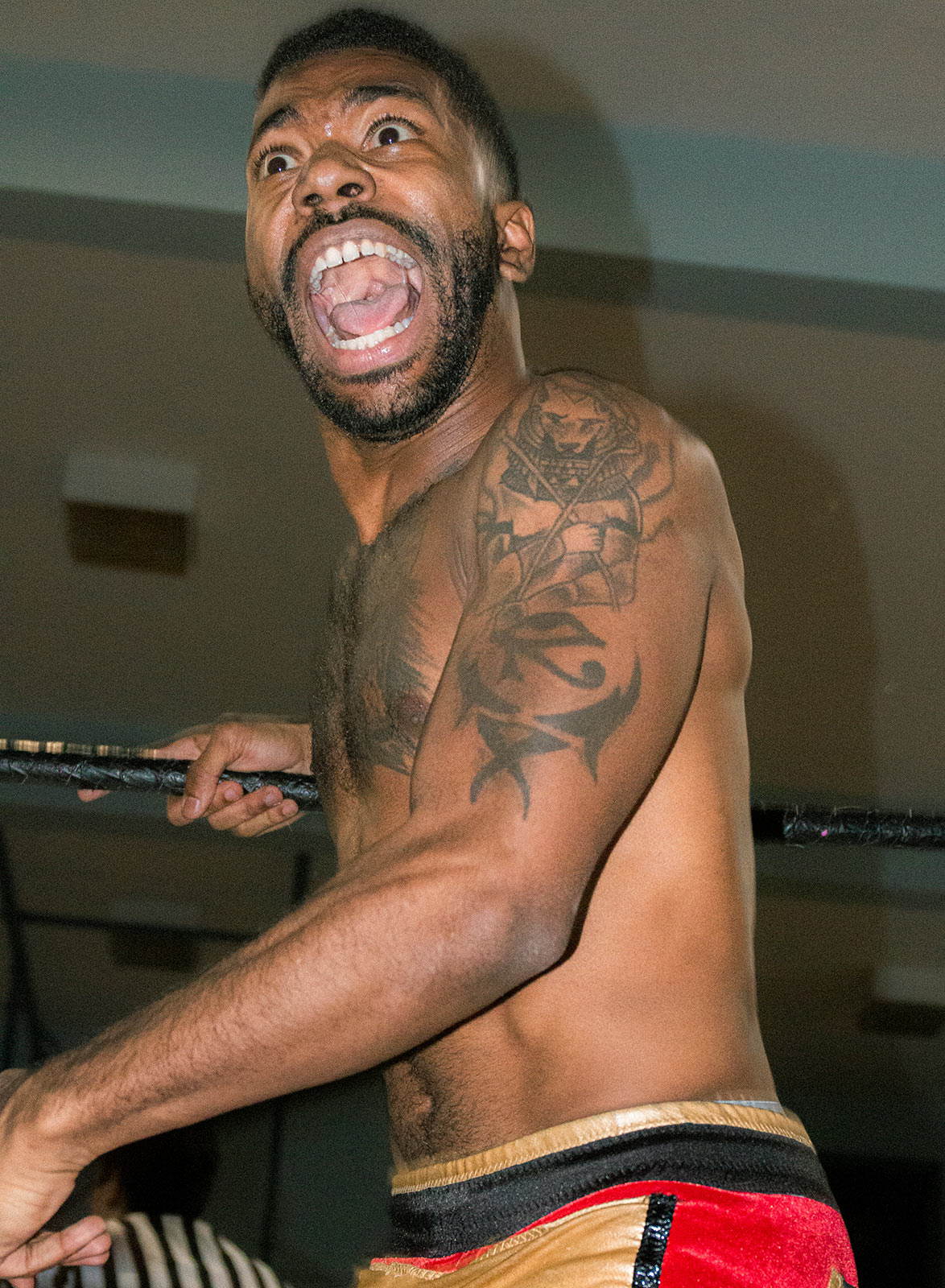