The queen of bubble-gum horror, and original e-girl, moved fans to tears with a pseudo-funeral at Brooklyn Steel.

The public discovered Poppy in 2015 thanks to a strange video that cropped up on YouTube and started to circulate the internet. The video, titled “I’m Poppy,” is ten minutes (and exactly one second) of a petite blonde girl endlessly repeating her own name. The camera cuts rapidly on each take, showing Poppy in a white blouse and patterned pants; sometimes she’s crouched, fingers delicately placed on her chin; other times she’s standing with her arms behind her back, hips cocked, like a mischievous schoolgirl. The audio and video are slightly out of sync, but just enough to make the viewer question their own sanity, and are equal parts intriguing and disturbing.

The bubble-gum horror aesthetic propelled Poppy into viral stardom as she continued to produce quasi-disturbing, quasi-cute videos. In one she is conversing with a house plant; in another, she sips a Red Bull and states, “The internet is fun because you can be anyone you want to be.” She began to gather a following who lauded Poppy, a prototypical e-girl of sorts, as their digital queen. “Poppy Seeds,” as her fans self-identify, watched her every move with reverence and created their own videos picking apart hidden messages and clues within her content.

Poppy shifted her focus from eclectic videos towards a more cohesive career as a recording artist in 2017. She released Poppy.Computer, a glittery, electronic-infused LP, which mirrored her earlier video work and earned her credibility in the music industry. 2018 brought Am I A Girl? and hinted at Poppy’s desire to head in a new direction sonically. Finally, on 2019’s I Disagree, Poppy has arrived at her destination. A mashup of Marilyn Manson, Nine Inch Nails, and Blondie, she’s matured and it’s clear that her sound has as well. Poppy just embarked on a solo tour, the largest of her career, and she was recently added to The Deftones’s 2020 international tour lineup. 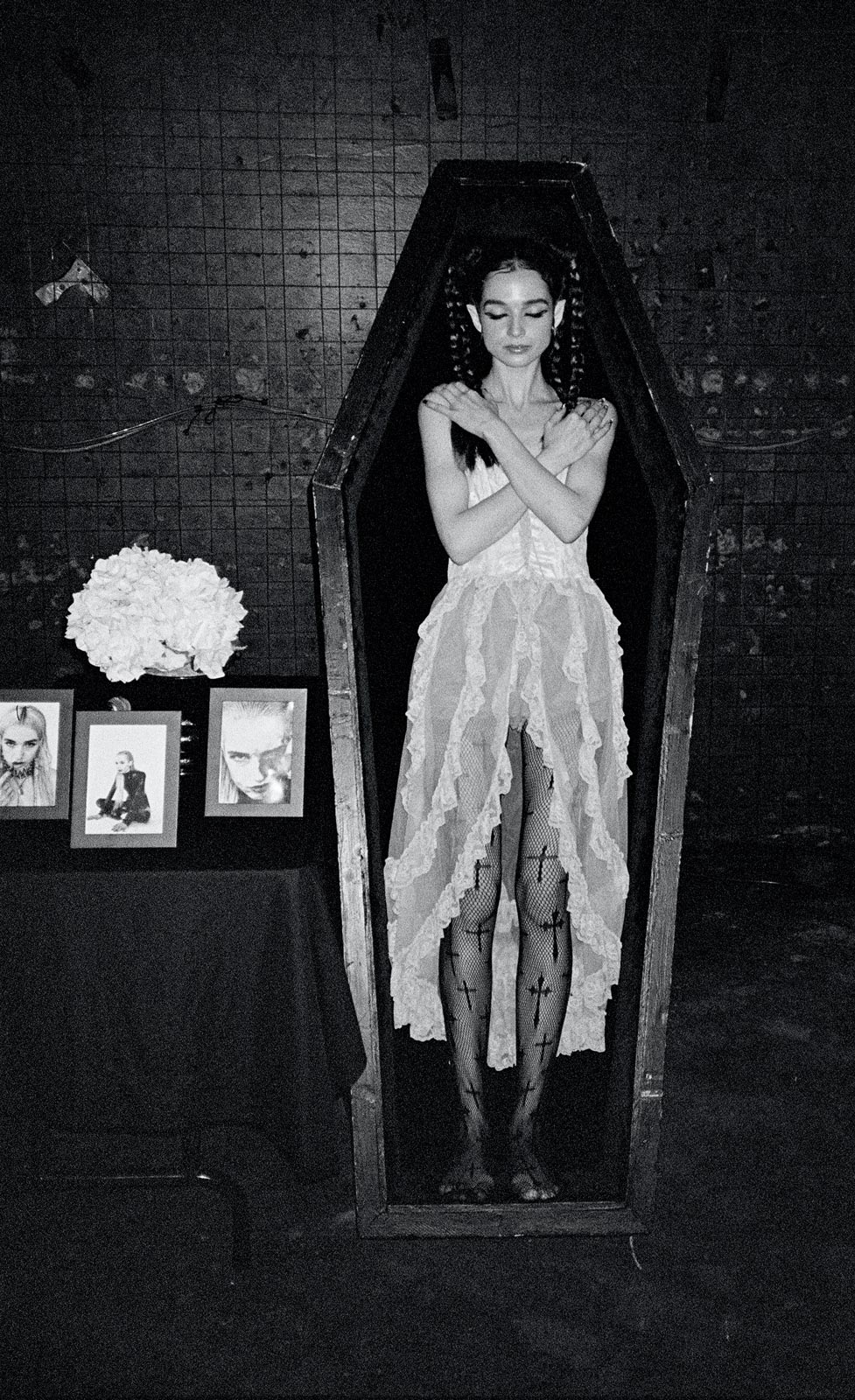 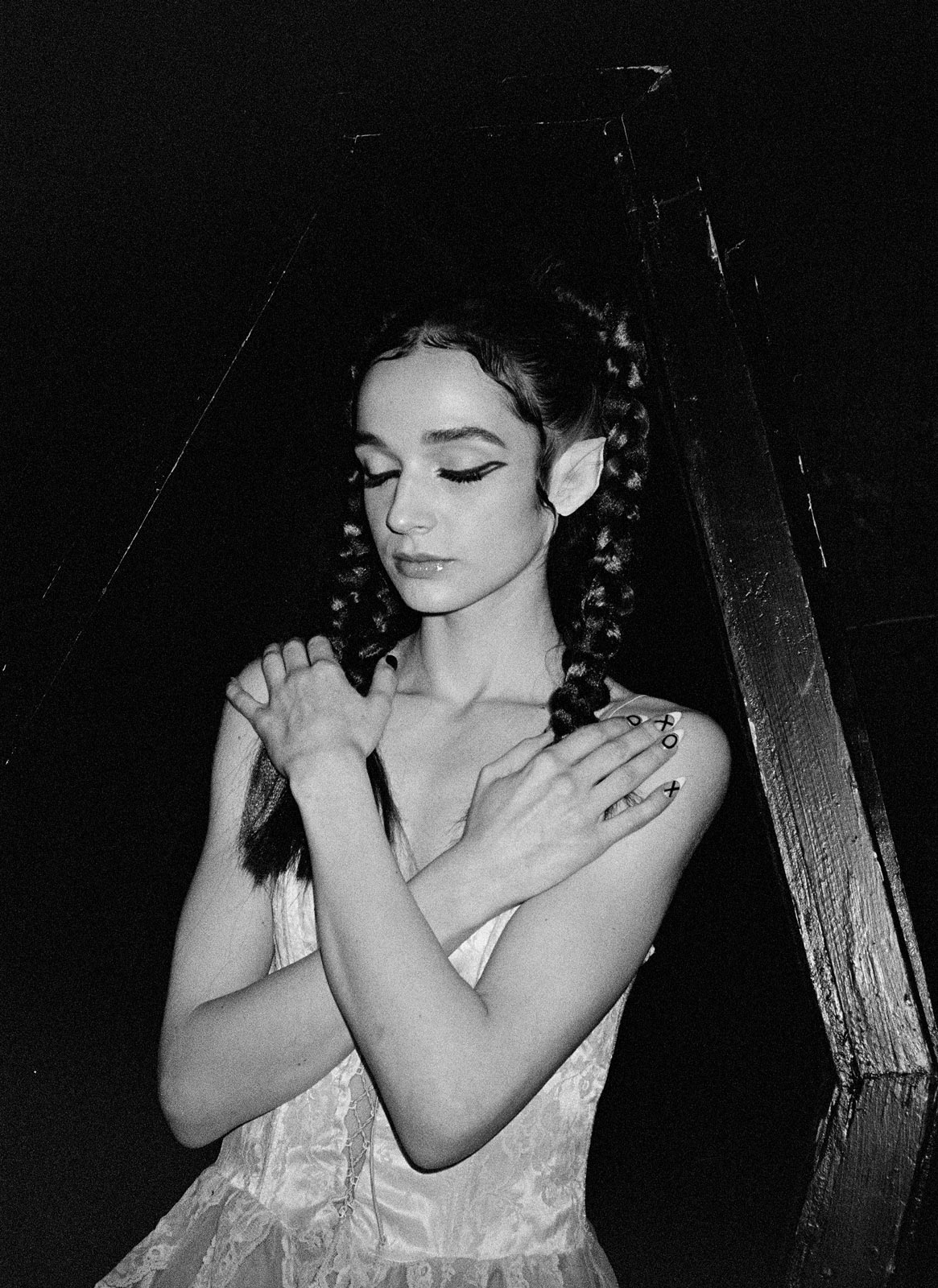 Poppy, despite her distinct and ever-flawless aesthetic, doesn’t pay much mind to the clamor around her. She doesn’t like interviews. “They’re always trying to get to the bottom of something,” she told me backstage before her performance at Brooklyn Steel earlier this month. “Sometimes it’s better if they just stay at the top.” For all of the content Poppy has made available to the public, she still manages to remain a complete mystery. Her hiding in plain sight can be viewed as a performance-art statement on the perils of the internet and the growing sprawl of ubiquity created by a generation’s obsession over technology. But according to Poppy, the reasoning is much simpler: “When you know everything about someone, they get boring.”

As with all of her tour stops, Poppy hosted a VIP meet and greet ahead of her show at Brooklyn Steel in New York earlier this month, allowing fans to interact with their idol. But in Poppy fashion, it wasn’t that straightforward. Instead of following the traditional format of taking snapshots and signing memorabilia for fans, Poppy hosted a funeral…for herself. Why? Well, like everything about the artist, that’s still not entirely clear. It could be a part of the rebirth and rebranding that Poppy has undergone in correspondence to her latest album.

A distinct departure from Poppy.Computer and Am I A Girl?, Poppy’s I Disagree is laden with heavier sounds and aggression. I asked Poppy what makes her angry: “All the people that have tried to hold me back. I got rid of them all,” she answers in an unassuming but calculated manner. Poppy Version X, as she calls the newest iteration of herself, has lived longer, knows how to say no, and “[is] not afraid of the unknown.”

In the darkened hall of Brooklyn Steel stood a coffin propped beside a table with flowers and photos of Poppy as the funeral service was set to begin. The 20-something-year-old artist stood in the coffin, arms crossed, eyes closed, as nervous fans read eulogies that they had prepared for the event. Some of the Poppy Seeds cried as they recited their goodbyes. One fan stated: “she was the friend that was never there,” a surprisingly apt description. 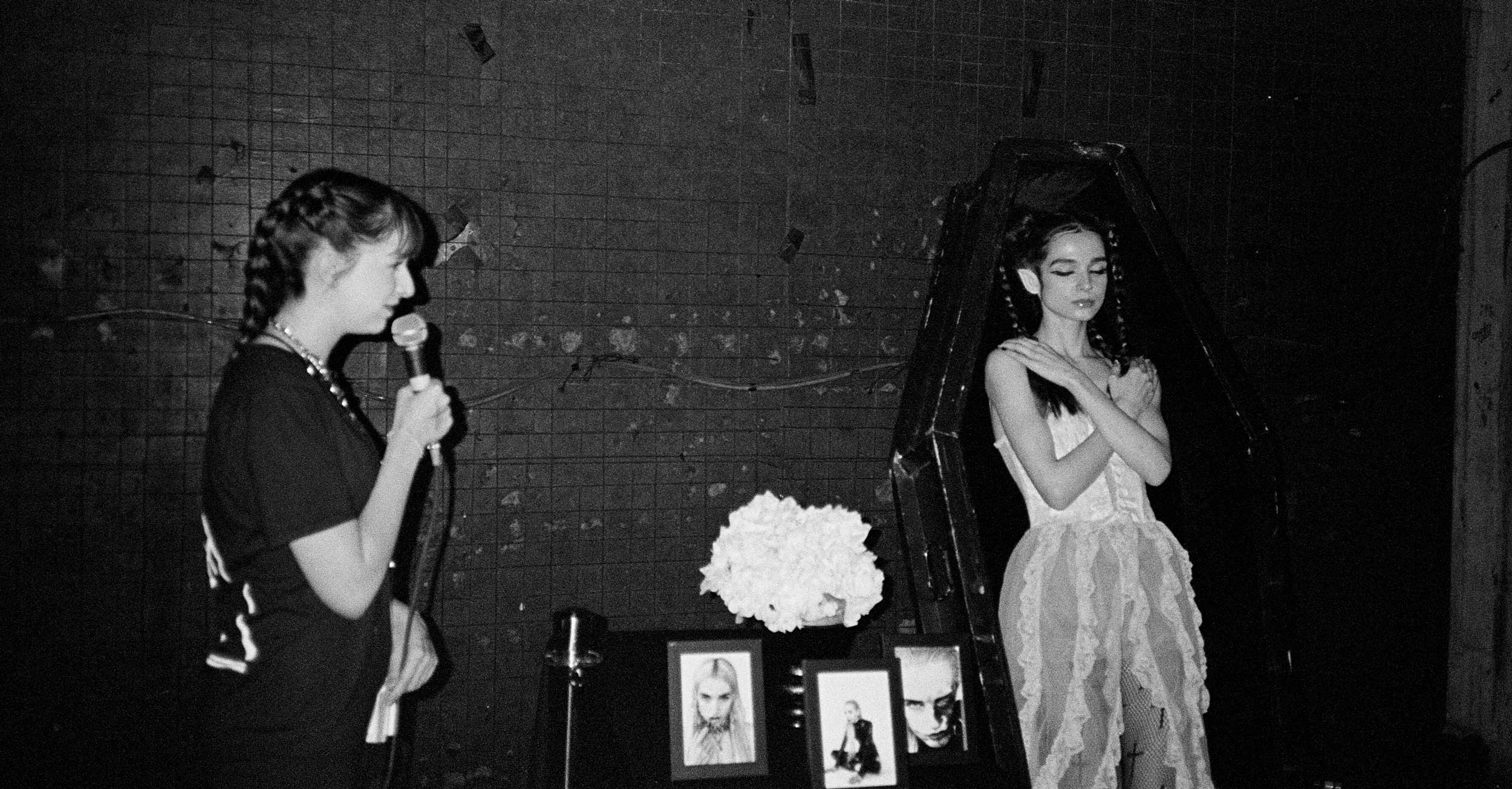 Poppy’s from Nashville. She probably is 25 years old, but none of that really matters—traditional metrics simply don’t apply to her. Poppy is ephemeral and effervescent—she exists through the internet, her music, and her fans. Throughout the thirty-minute funeral service, Poppy didn’t move a muscle. She rested in her coffin, unflinching until the gathering had finished.

For the performance Poppy’s long hair was wrapped into careful braids. Her cheeks were set in a rosy blush and dark winged eye-liner ran wide on her face. She was affixed with fake elven ears. A white bridal slip flowed above tights ornamented with little black crosses. As the concert unfolded, Poppy’s fans hung on each word as if she were preaching gospel.

On stage, Poppy hardly resembled the girl from the videos five years earlier. Her hair is darker and she speaks loudly and confidently. She’s no longer distancing herself from the audience—she’s welcoming and states with conviction that she is one of them.

Guitars began to wail and signaled the start of “Concrete,” one of the breakout songs from I Disagree. The Poppy Seeds erupted into a cheer as they welcomed their leader, reborn with sharpened teeth, to scream with them through the night. 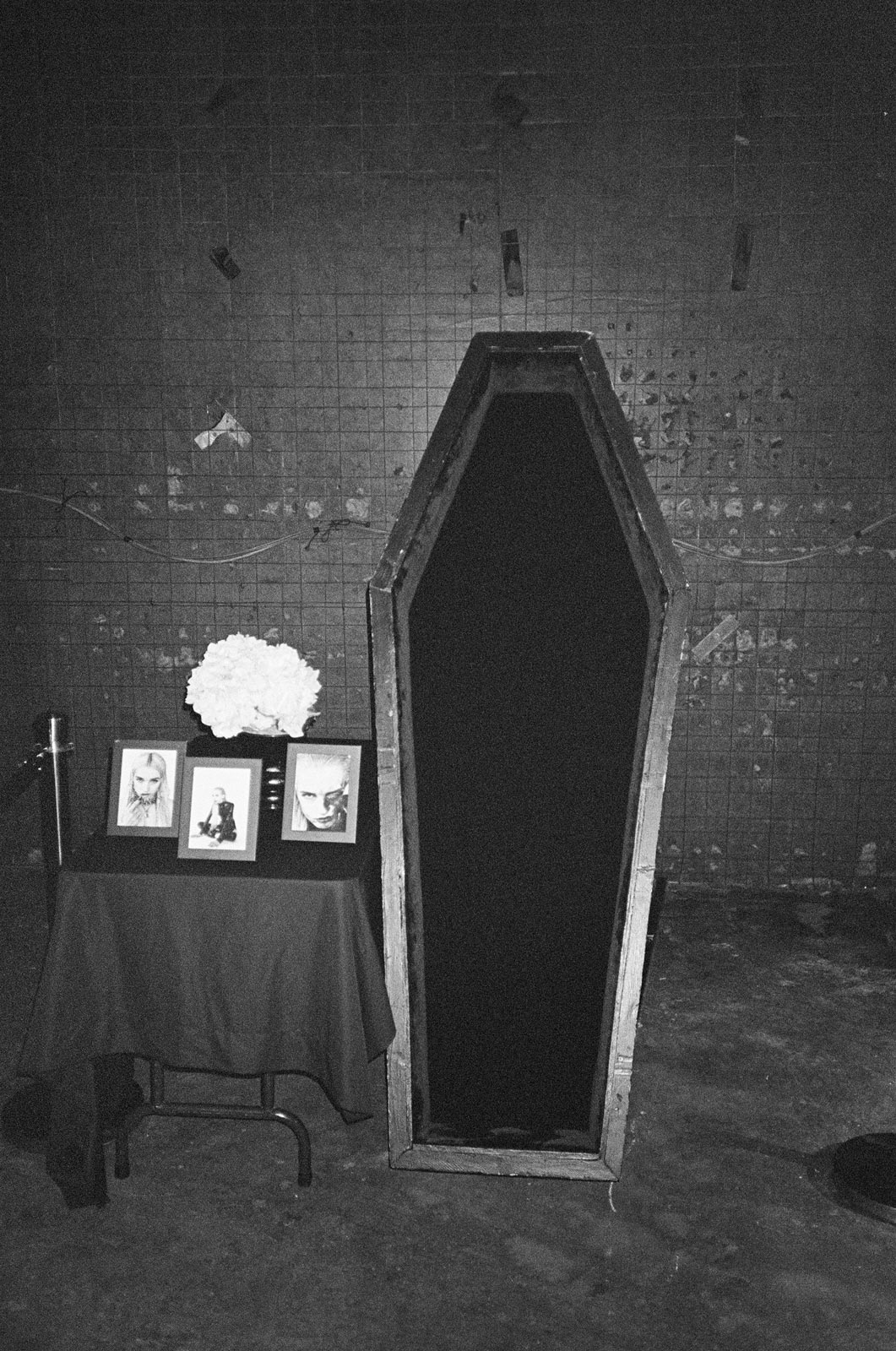 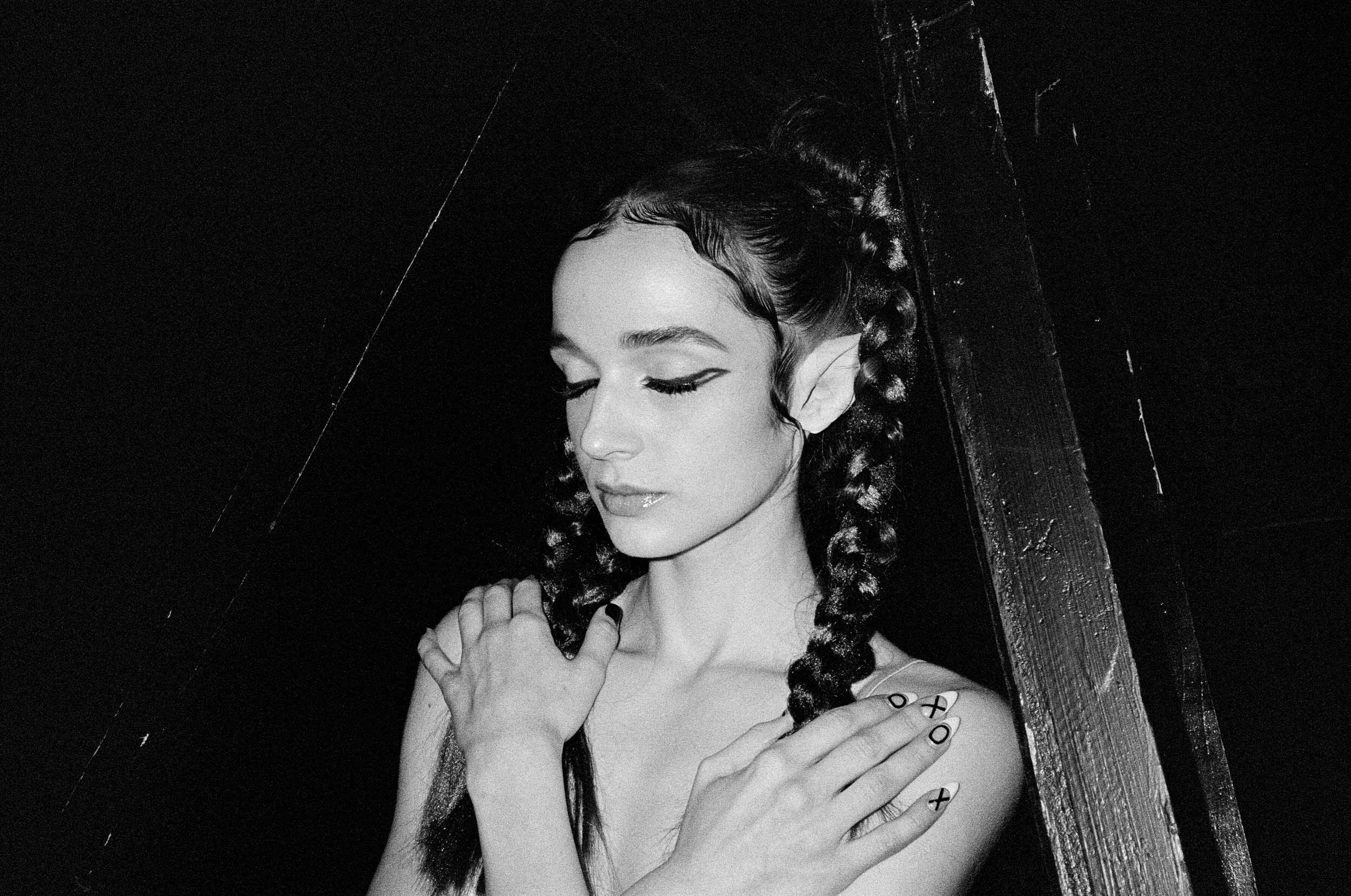 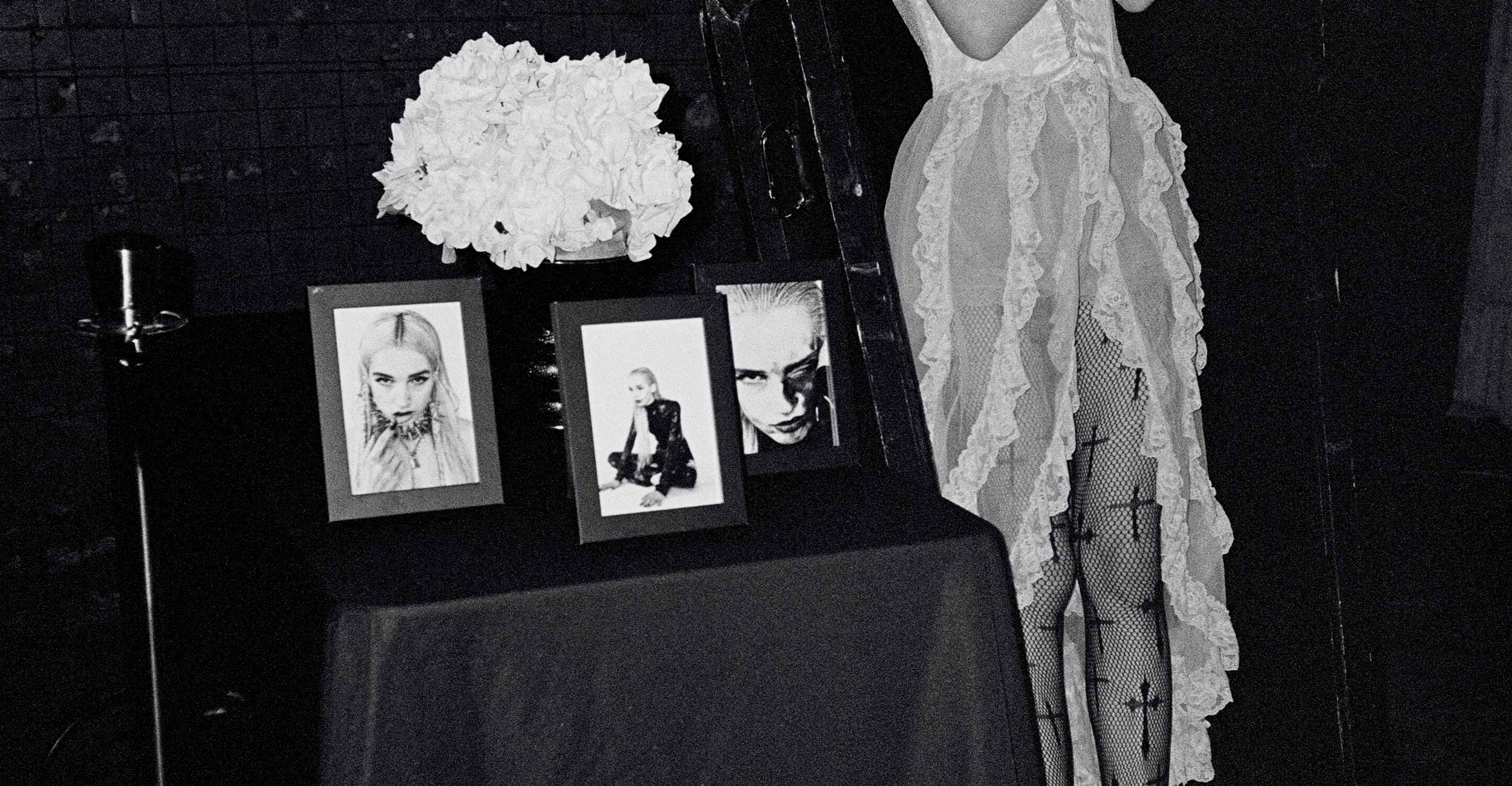 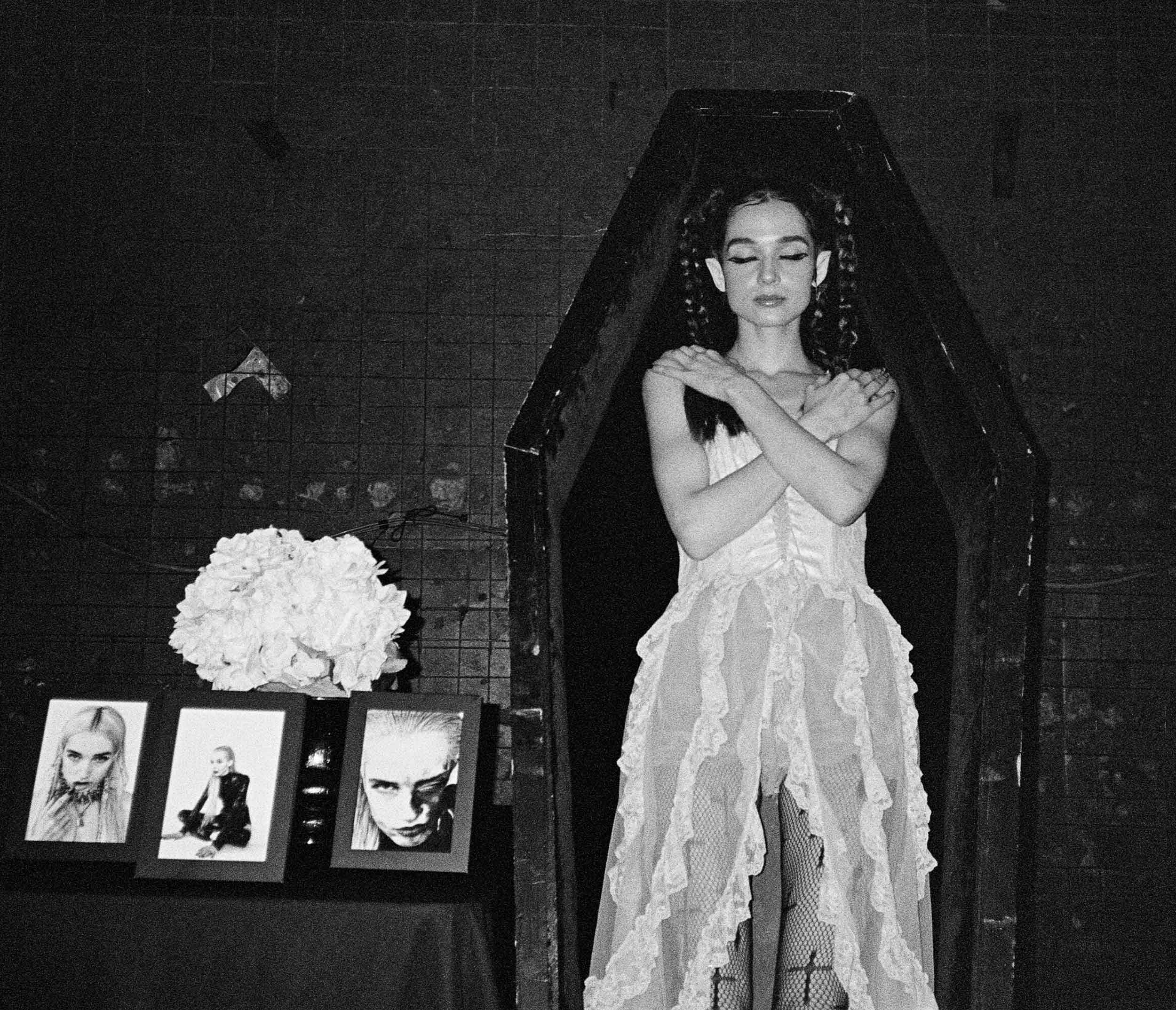 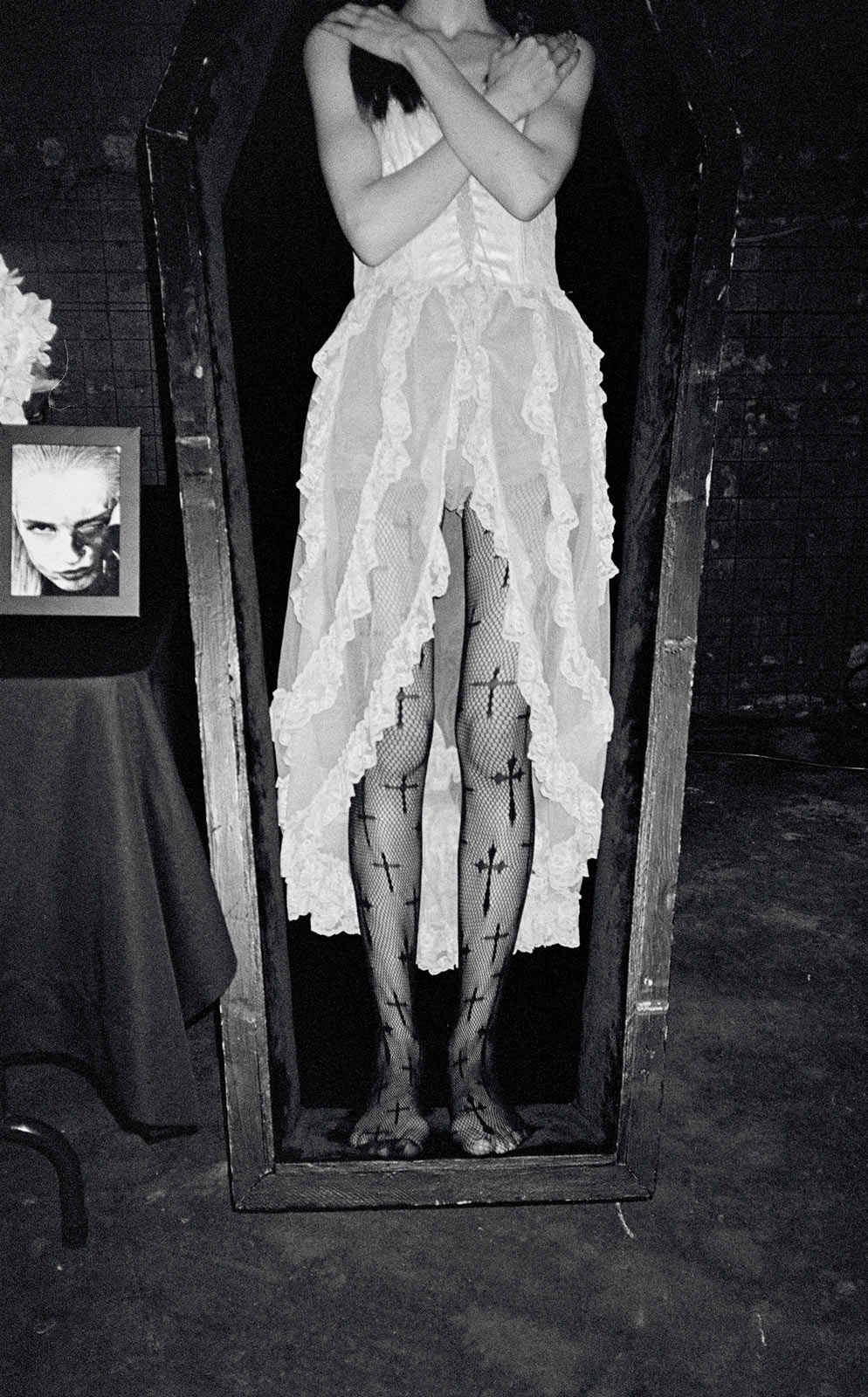 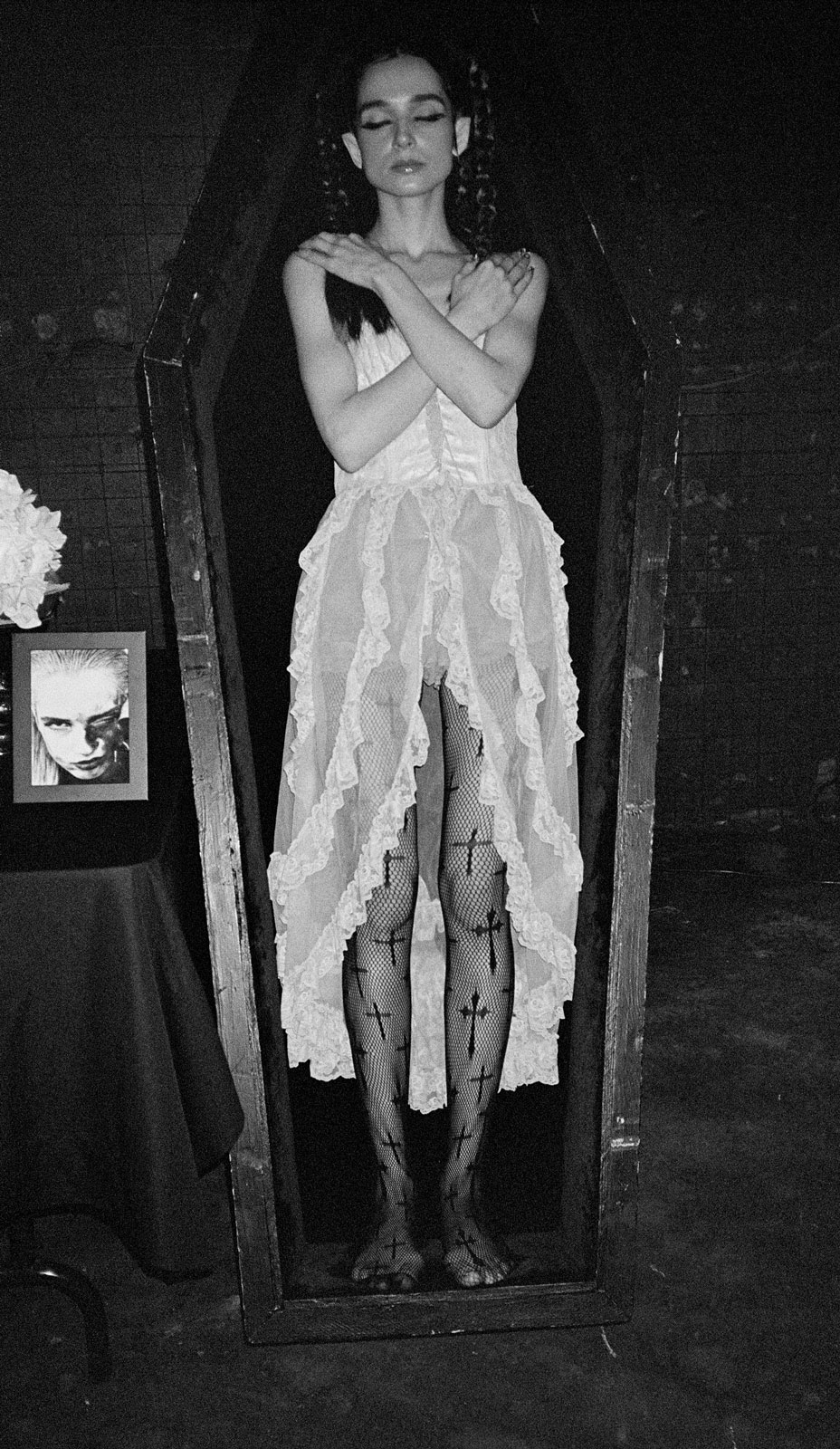