The Napoleonic wars do not seem like an especially relevant topic for an album released in 2020. But the band Bonny Light Horseman makes you reconsider. The title track of their self-titled debut release is a traditional song about a woman lamenting the loss of her love in the war. The acoustic instrumentation drags slowly under the weight of grief as singer Anaïs Mitchell’s voice lifts up off the earth. “If I was some small bird/and I had wings to fly/I would fly over the ocean/where my own true love does lie.” 200 years later, the sadness still lands.

“There’s something really simple and satisfying about traditional music,” Eric D. Johnson told me when I interviewed the band. Johnson is best known as the leader of the indie rock group Fruit Bats. But he’s long been a fan of traditional and folk music, and so he jumped at the chance to, as he says, “invite himself ” onboard when Mitchell and multi-instrumentalist Josh Kaufman of The National first began to consider a traditional folk project.

Johnson and Kaufman come at folk music from a rock background; Johnson mentions Grateful Dead and The Byrds as touchstones. Mitchell, though, is returning to folk music after “living in a state of passionate panic” writing and working on her hit musical Hadestown. “My parents were hippie back-to-the-landers” she told me. “We had the Rise Up Singing songbook. A lot of traditional songs, I didn’t learn them from recordings, but from someone singing them in Vermont.” Mitchell says she first heard sections of “Jane, Jane” as a child in a sing-a-long. 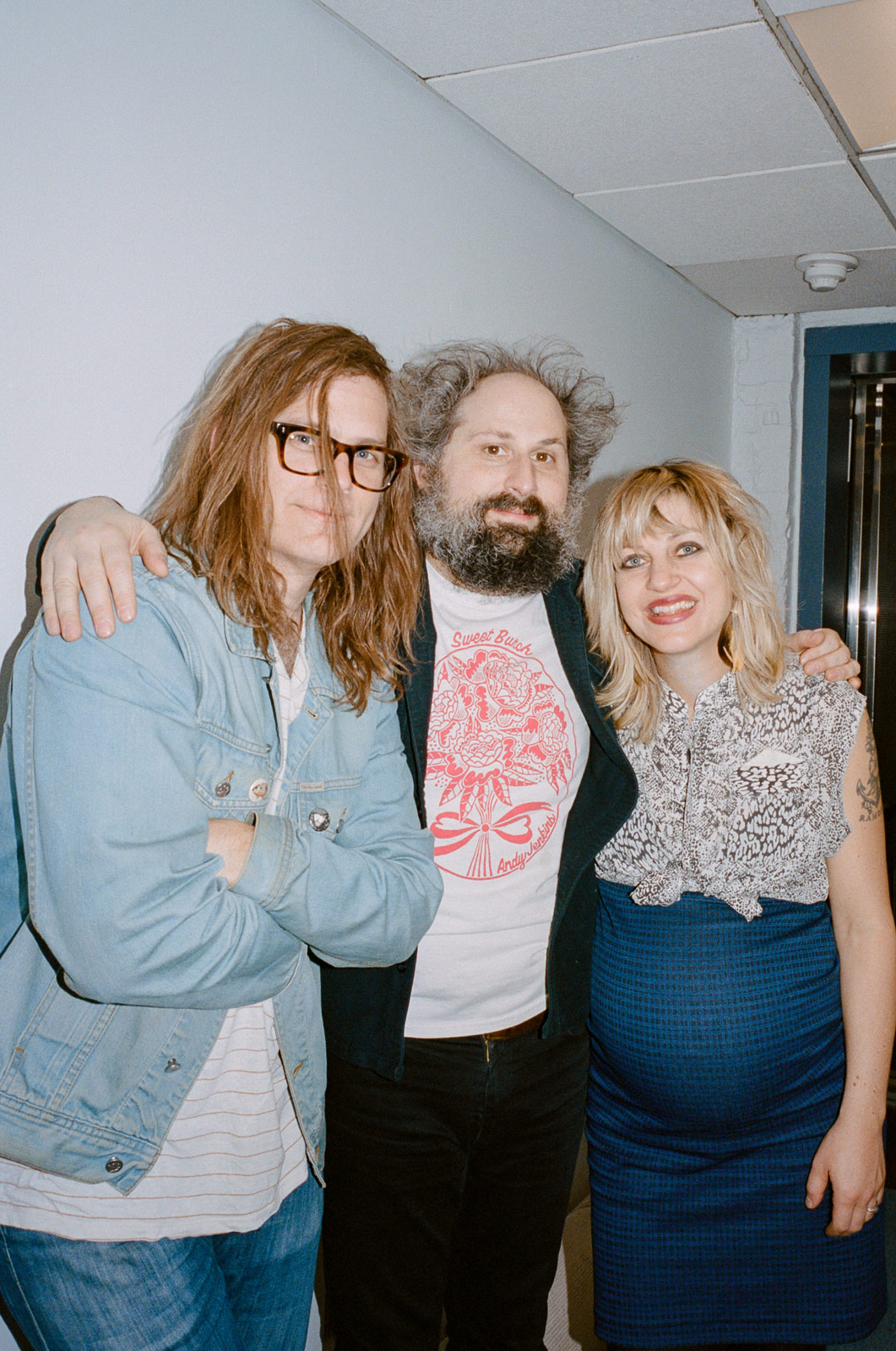 While the band wanted to explore traditional music, they didn’t want it to be a research project. Instead, they set out to have a conversation, or collaboration, with the songs. “I think the main thing that sets the album apart from some revivalist folk music is that there is a lot of space around the verses and the voices,” Kaufman says. “We started all these songs with open tunings on the guitar, and just seeing where the music would take us. With some tracks on the album we are interpreting traditional songs, and then others we departed so far from the original that we felt like we had co-written something with the tradition.”

One example of the mix of old and new is the song “Deep in Love.” It originally started as a song Johnson was working on for possible inclusion on a Fruit Bats album. “I had a kind of catchy chorus” he said, “but no verses. I didn’t know what was happening with it. And then Josh magically opened this book of Welsh and British Isles folk music lyrics, and plugged them right into it, and it was a perfect fit.”

The final version of the song shifts between verses with elaborate romantic imagery (“Down in the valley/the first of May/gathering flowers/both fresh and gay”) and the starkly direct pop song chorus, with Johnson providing a soaring falsetto. “Don’t you break my heart.” The plainness sets off the flourishes, and vice versa, as in some of Bob Dylan’s best songs.

Another track that underwent radical alteration from traditional sources is “Mountain Rain,” which is based on numerous versions of the song “The Legend of John Henry.” When they started working on it, Josh Kaufman says, “We started to do too much research. We were kind of breaking our code, and it’s a dead end. Whereas, when you make it more personal, it feels more like the three of us putting our own spin on it.” 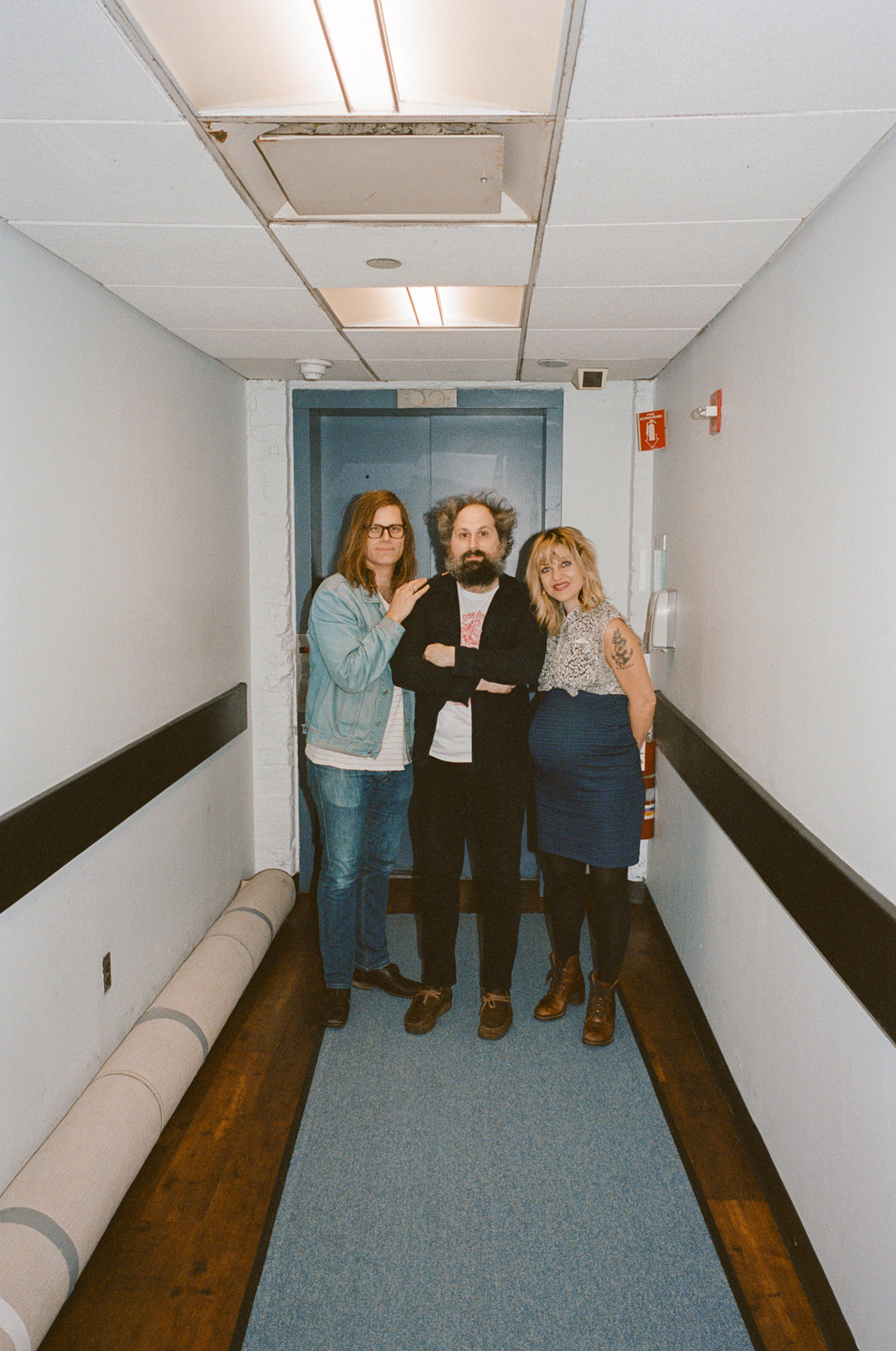 In the version on the record, snippets of the original, about the man who laid train tracks faster than a machine, weave in and out of the lyrics (“John had a nine-pound hammer”) while the guitar rolls gently along. It feels less like a cover than like a trip around the song, stopping in to see the railroad tracks before setting out cross country on a different route.

“There’s an impressionistic process to the music,” Mitchell told me. “And with traditional music, you have to find a way to make it your own. But at the same time, you don’t own it. One of the things that’s freeing about working with traditional sources is that there’s an egolessness to it. It’s not just a personal statement. You’re stepping into this river of collective tradition.”

Other songs on the album stick closer to the original versions. The album closer “10,000 Miles” uses the familiar lyrics of the 18th century original. “Fare you well, my own true love/Farewell for a while/I’m going away, but I’ll be back/If I got ten thousand miles.” Mitchell and Johnson exchange languid verses, their voices calling back and forth and occasionally intertwining in harmony, emphasizing the song’s themes of distance, travel, and friendship. It’s about lovers vowing never to be parted, but it’s also about a musical tradition that’s long past, but which musicians can still pick up and use as their own. “It’s very inspiring to be drawing on the music and imagery of hundreds of years ago, even if sometimes what we’re doing with it makes it unrecognizable,” Mitchell says. “To be in the lineage of this tradition of songwriters—it’s been very healing.”

My talk with the band was their first-ever group interview, and they’re just starting on tour. But they were already planning future collaborations. “I think we’re going to make another album!” Mitchell said. “I feel like there’s a lot more to mine together.” Napoleon killed that bonny light horseman some centuries back, but his song’s not done yet.