The musician infuses influences from his international upbringing into expansive, unusual electronica on 'Siku.'

“You can dance to everything,” says Nicola Cruz. “Crickets, long-distance church bells, someone speaking in a certain pattern.”

Cruz’s own music takes that insight and shakes and stomps with it. His latest album, Siku, is a melange of electronics and acoustics. On the title track, flutes slide in and out of the beat, and it’s hard to tell which traditional South American sounds are created by things being blown into or thumped in real space and which are synthetized via firing electrodes. “Okami” is a gentle crystalline tune on which the instruments that are plugged in and those which aren’t are each determined to replicate the sounds of the other. Cruz embraces an “approach to electronic instruments that make them sound somehow ‘organic,’” he says. Sounds and bodies move from past to present and back again, one blurring into the other.

Cruz’s own history has crossed borders. He was born in France to Ecuadorian parents, and he’s spent a good deal of time in both countries. From 2007 to 2011 he lived in Mexico City, where, he says, “I had a chance to dive deep into music synthesis.” 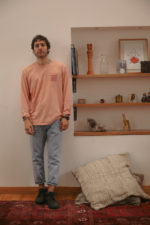 Given his background, Cruz unsurprisingly treats dance as a global endeavor, and he collaborates with artists from everywhere. Brazillian singer Castello Branco joins him on Siku‘s “Criançada,” providing lovely falsetto vocals to a gently swaying samba track that sounds like a track from Marcel Camus’ Black Orpheus strolled into an updated production studio in 2019. “Siete” is a collaboration with Altiplano, a Chilean folk group; but its instrumentation is South Asian, with sitar and bansuri flute framing Cruz’s jittery beat to create a kind of earthy, funky Bollywood. Portuguese musician Márcio Pinto plays the xylophone-like balafon on “Esu Enia,” a percussion workout so intense that Cruz’s synthesizers are stunned into weird groans before they catch up to the tempo.

Cruz currently lives in Quito, and Ecuadorian music has always been central to his own compositions. “Equinoccio,” on his 2015 debut Prender el Alma, for example, is sung by Ecuadorian singer-songwriter Huaira, whose multi-tracked airy vocals give Cruz’s rumbling bass an indie-pop sheen. “The use of harmonies in traditional Ecuadorian music is one of those things that catches my ear every time,” he tells me. “The simple fact that this type of music is passed on by generations is interesting enough, and then there are so many ways to dance to it, and the way different regions are influenced by different geography. For example; in the mountain region you’ll make a flute out of wood (caña) while on the coast you’ll make it out of pelican feathers.”

In addition to his fascination with traditional practice, Cruz also has been influenced by the 1950s exotica tradition of musicians like Les Baxter, Martin Denny, Perez Prado, and Yma Sumac. These artists recorded sophisticated compositions with unusual instrumentation and programmatic titles referring to Asia, Africa, or South American locales. Where world music today is often focused on the recreation of authentic global sounds, exotica aimed to create fantasies of far away locations. For Cruz, it opens up his music to a sense of mystery, and to hybridization. “Definitely the ‘music of the Andes’ falls into that category of that exotic, unknown place for many, which is sometimes naively conceived,” he says. 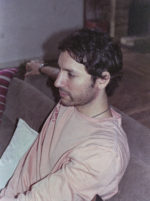 On Siku, you can hear the exotica influence perhaps most clearly in “Voz de las Montañas,” which features the Swedish/Colombian group Minük. It’s a breathy, atmospheric tune with strummed string background and pulsing ambience whistling in the background, evoking oddly futuristic wind and echoes. It’s a soundtrack for watching small spaceships soar and swoop amidst the peaks. The song links Scandivanian and South American traditions, shimmering simultaneously inside and outside both worlds. The voice of the mountains is speaking both from and about them. The song’s refusal to be pinned down in one place is part of its appeal.

Cruz himself is enjoying a period of not being committed to any one project at the moment. An album of remixes and rejiggerings of Siku called Siku Reworks—released on November 22—includes a sweaty, psychedelic, trance-inducing version of the song “Obsidiana.” Beyond that, though, he hasn’t started planning out a third album yet. “I am working on small concepts, EPs. It’s nice to be able to develop small stories which can go in many different directions,” he says. “I have been exploring a more prominent side of danceable electronica, where the rhythm is focuses explicitly in dance patterns, and you play with the hypnotism above in terms of harmonies and melodies, and below with the bass.” When you can dance to everything like Cruz, there’s a lot of movement, and a lot of places, to explore. 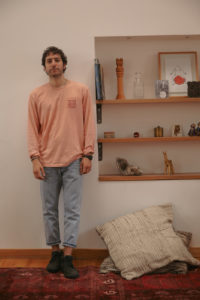 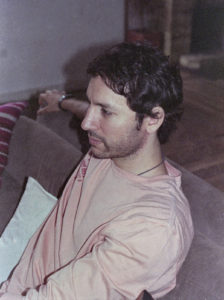