50 years after recording ‘Keyboard Fantasies,’ the artist discusses his groundbreaking music and living openly as a trans man.

The lyrics of Beverly Glenn-Copeland‘s “Ever New,” from his remarkable 1986 album Keyboard Fantasies, could be a summary of his life in music. Over a 50 year career, he’s renewed and reinvented himself repeatedly—from a folk musician to an electronic music composer; from identifying as a lesbian to embracing his identity as a trans man. For decades Glenn-Copeland’s music was almost completely unknown. But the recent rediscovery of Keyboard Fantasies has transformed his career one more time.

Glenn-Copeland was born in Philadelphia to musical parents; his father would play classical piano at home every evening for hours. Glenn-Copeland loved music too, and went to McGill in the ‘60s as one of the first black enrollees. He was also out as a lesbian and narrowly avoided being committed and treated with electroshock therapy. After graduation, he recorded a couple of lovely self-titled folk albums, and then landed a spot on the children’s show Mr. Dressup, a Canadian show similar to Mr. Rogers Neighborhood. For 20 years, Glenn-Copeland was best known as a television personality and a writer of children’s songs. 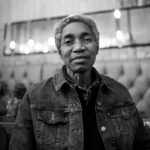 He was still pursuing other interests on his own time though. Living with his partner three hours north of Toronto on the Canadian Shield, Glenn-Copeland couldn’t record with other musicians. But he was beginning to explore the potential of computers and computerized music, inspired in part by his avid interest in speculative fiction by writers like David Brin and Isaac Asimov. “I was absolutely fascinated with the idea of silicon as a basis of future life,” Glenn-Copeland told me by phone during his London tour in November. He knew scientists had used their own brains and silicon-based computers to put people on the moon. He wondered what his brain and silicon together could accomplish in music.

By the mid-‘80s the equipment Glenn-Copeland needed for his explorations was finally cheap enough for him to start composing. He used a Yamaha DX7 synthesizer, a Roland TR-707 drum machine, and a computer to “access a library of sounds,” he said. “There were sounds that were acoustic, sounds that only a computer could make, and sounds that could come from a violin, if you used a lot of imagination, or squinted your ears.”

Computers and synthesizers gave me a palette by myself to be able to create music,” Glenn-Copeland said. “Because I was alone. I lived in silence mostly. So this allowed me to create with the help of whatever the universe was sending through, all by myself. And I loved it.”

Keyboard Fantasies does sound like the music you’d make if you were talking to the infinite in the silence of your own head. In Glenn-Copeland’s hands, the tinny ‘80s synth noises are oddly organic, like silicon and carbon were always meant to grow side by side. On “Let Us Dance,” for example, Glenn-Copeland’s rich, tremulous, inimitable alto strolls amidst chimes, computerized horn flourishes, and a lightly tripping drum machine. It’s folk music for leaf-garlanded cyborgs. Though Keyboard Fantasies is sometimes characterized as new age, it doesn’t really sound like anything else from that time, or from this one. “Music would just start coming into my mind, into my heart, into my whatever, and I would just write it down,” Glenn-Copeland said. 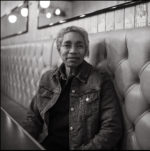 Glenn-Copeland self-released Keyboard Fantasies on cassette in 1986 to almost no interest. Most copies stayed in storage for the next two decades. But in 2015, a Japanese collector named Ryota Masuko contacted Glenn-Copeland; he’d heard the album and wanted to sell it in his store. Glenn-Copeland sent 30 cassettes; they sold out in four days.

Soon Masuko had sold Glenn-Copeland’s entire stock. Moreover, Masuko had internet contacts and his enthusiasm for Glenn-Copeland’s work alerted collectors and listeners across the globe. Soon Glenn-Copeland was, much to his surprise, in demand for concerts. Labels wanted to re-release old albums and record new music. He’s been the subject of multiple documentaries, most recently an hour length feature called Keyboard Fantasies: The Beverly Glenn-Copeland Story.

The rediscovery of Glenn-Copeland has been especially sweet because he’s been able to be open about his identity in a way he wasn’t when he was a young musician, before he recognized he was trans. “It does make it much easier to perform,” he said, “because now I feel like I’m myself. When I was younger, I never felt authentic. But at this point I’m enjoying it tremendously, because I feel authentic, and because I know the younger people who are coming to my concerts want to hear me.”

Glenn-Copeland says he’s in negotiations to produce new albums; he has a backlog of 300 compositions written over the last decades that have never been recorded. When I spoke to him, he was lying back on a pillow, taking a break from events around the documentary debut and preparing for concert dates. He looked tired but radiant, eager to get up and share that silicon music he’d kept so long in his head. For Beverly Glenn-Copeland, summer came late, but it’s singing.

Beverly Glenn-Copeland will perform his first-ever U.S. concert at MoMA PS1 on December 8. 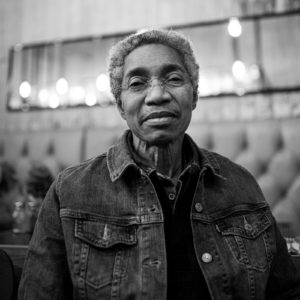 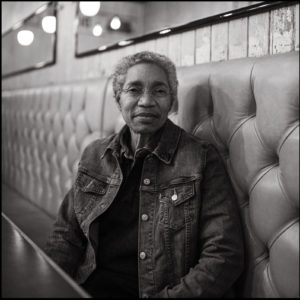