His debut record is yet to be released (Only Diamonds Cut Diamonds drops November 8) but Vegyn has already achieved a cult-like status in electronic music. His real name, Joe Thornalley, has been attached to some of the biggest albums this millennium, appearing on the credits for Frank Ocean’s Endless and Blonde. He also runs the electronic label PLZ Make It Ruins, and earlier this year dropped a 71-track mixtape, Text While Driving If You Want To Meet God.

His sound, be it for himself or other people, is imbued with the hallmarks of electronic music, but that’s not a label Vegyn feels any sense of loyalty over; he doesn’t listen to it regularly and admits to only hearing a handful of seminal dance albums all the way through. “Pop is almost like the best song genre. It’s only defining feature is that it’s popular,” the London-based producer tells me over the phone from New York, where he now spends half his time. Vegyn is a big advocate of doing new things; working in new ways, expanding his horizons. Outside of music, he also does graphics, and over the past year, he’s taught himself piano. “Why would you only want to make one kind of music?” he asks. “That’s boring.” 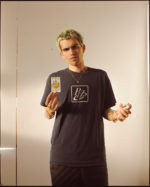 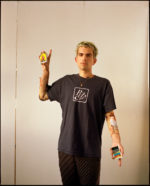 Top by Clan. T-shirt by Plz Make It Ruins. Pants by Kiko Kostadinov. Necklace by Hagstone.

Until now, his sound and aesthetic have been channeled through other people, but before he ever collaborated with others, Vegyn made music only for himself. “I kinda forgot what that was like,” he says. The impetus for Only Diamonds Cut Diamonds began in 2018, but the idea of making music for himself was more daunting by then than it was when he was younger, and the looming fear of failure was stopping him from experimenting. “This record’s been done since last November,” he confesses. Most people would have spent that year fiddling with individual tracks, constantly trying to improve certain sections, but Vegyn found peace with the final product early on. “Now, creatively, I just don’t give a fuck,” he says. “I’ll just do whatever I want.”

That sense of freedom isn’t just found in his own music. As a producer, Vegyn is brought in to help shape an idea, theme, or song. “Making music is quite intimate,” he says. “You make the best music when you expose a different side of yourself that you wouldn’t normally. You tap into something kind of emotionally resonant.” The term producer has changed a lot over the past four decades, Vegyn explains. Nowadays the role is akin to that of a writer or composer; someone who builds the overarching vision of a sound or idea. “I like it when anyone gives you free rein to, like, to make it as weird as you want it to be,” he says.”

Understandably, Vegyn is cagey about revealing the inner workings of his most famous collaborator—Frank Ocean. “People tend to kind of have a fascination with the mystery [of Ocean],” he observes. “It’s my job to help preserve that.” He compares making music with crafting magic—revealing how something works can shatter its allure. “Fantasy is sexy,” he says with a grin. “Reality is fucking horrible.” 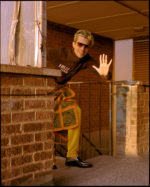 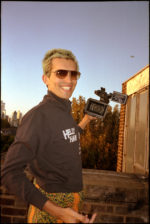 At the same time, Vegyn seems grounded in reality. When I ask him how collaborations work, he answers simply, “Treat people with respect. First impressions matter. It might be awkward or difficult at first, but as soon as you treat everybody with respect, you can’t go wrong.” Vegyn is not trying to reinvent the wheel, but he is putting his own spin on it, a sensibility that runs deep throughout his EP. Vegyn describes Only Diamonds Cut Diamonds as a “manic laugh,” a sense of something very new yet also familiar. The album art is a photo taken on a childhood trip to the Natural History Museum in London. “A lot of kids growing up in London have exactly the same photo,” he tells me. “Electronic music can feel foreign and soulless, so I just wanted to make it friendly…to make it feel like a living, breathing thing.”

Vegyn is hyper-focused on details, and it’s surprising he isn’t more neurotic, especially considering how much time the producer spends working in solitude. He talks about music as a form of therapy—it’s not the first interview in which he has done so—explaining that it’s all about creating a sense of freedom. When he has an idea, he tries to implement it as quickly as possible, before he starts to overthink it. “I really like the quote, ‘Music is the enemy of the brain,’” he says, citing the French electronic producer Sebastian as someone who taught him to follow his gut. “The waters of your consciousness are constantly flowing. It can be really strong and I’m just trying to let myself be carried along in my rubber dingy.” 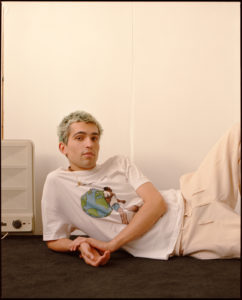 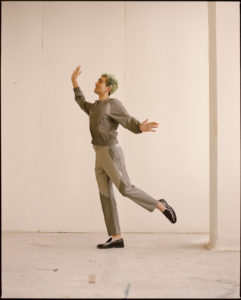 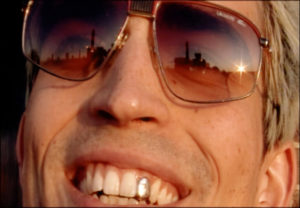 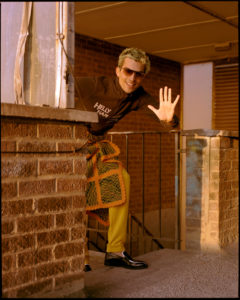 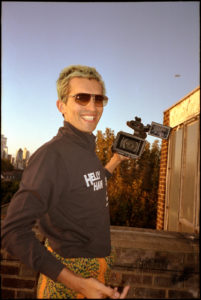 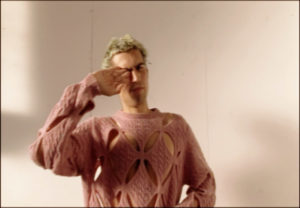 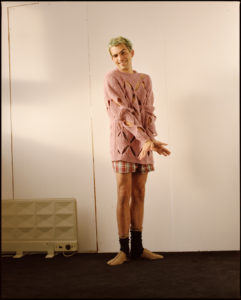 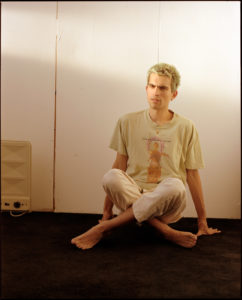 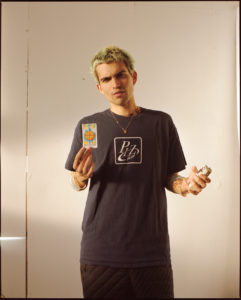 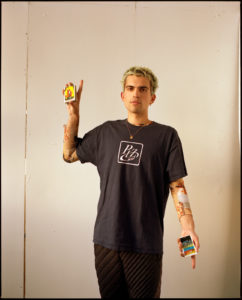 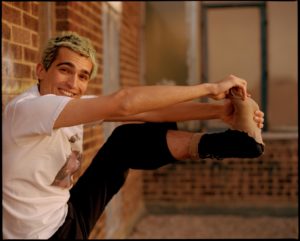