In 'Gezeiten,' the photographer details his unconventional relationship with a 2-meter piece of rock bed on the shores of Devon

Bavaria-born photographer Thomas Lohr’s past books have delved his obsessions with the details of objects, such as his work capturing the stunning beauty of bird plumage or his photographic study on the sculptures of Auguste Rodin. His latest project, Gezeiten, took this infatuation to a new level as he entered an unexpected relationship with a certain rock.

Every month for a year, Lohr traveled from his home in London to Ayrmer Cove, on the pure shores of Devon to visit this rock—a roughly two meter-tall visible portion of a rock bed, with a jagged, looming shape one could easily mistake for a shark fin surfacing above the water. This ritual quickly developed into a multifaceted relationship, ultimately leading him to view the rock- as not simply an inanimate object or part of a landscape, but as a dynamic subject, with many different faces and personalities. Surrounded by grass-covered cliffs and grazing sheep, Lohr altogether spent over 200 hours with the rock, leading to a series of serial-photography and a period of self-discovery he describes as an important experience in his life. 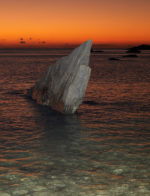 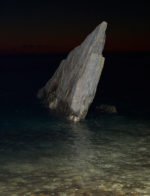 He approached the rock through the perspective of animism, the belief that everything—including inanimate objects— has a soul, a perspective that changed for him personally over time, as he notes, “I don’t know if this rock has a soul; but I’m no longer certain that it doesn’t.”

“Gezeiten” translates to tide but also includes the word “Zeit” which means time. “While watching the rock throughout the different periods of the year I realized that it looks and functions a bit like a sundial, a constant in time,” Lohr explained. “It sits right where the tide comes in so every day it’s twice dry and twice nearly covered with water, depending on the tide height.”

When asked by his friends if he ever got physical in his relationship with the rock, Lohr assures it was purely emotional; “Of course I didn’t. I am in a relationship.”

‘Gezeiten’ launches Friday, November 8 in Paris with an event at Galerie Antonine Catzeflis from 7-9pm. 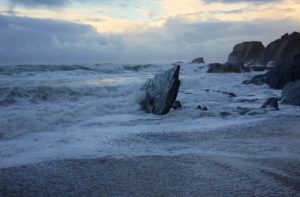 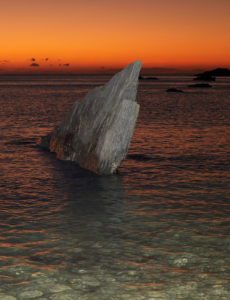 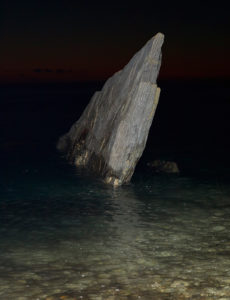 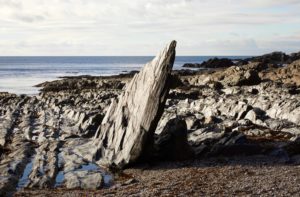 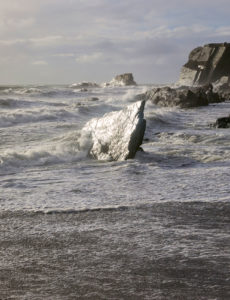 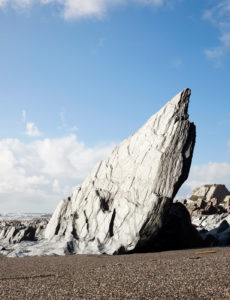 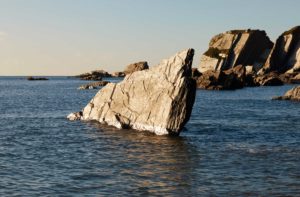