Cammie Toloui takes us behind the Private Pleasures curtain at Lusty Lady Theater, a worker-owned strip club where men were made the objects of intrigue.

In the early 1970s, the Lusty Lady Theater made its debut on Kearney Street in San Francisco, providing 16mm peep show films for a newly burgeoning pornography market. Recognizing the increasing demand, in 1983, the club began showcasing live nude dancers, known as the Lusties, which quickly became the primary focus of the 24-hour business. 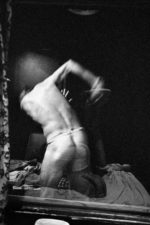 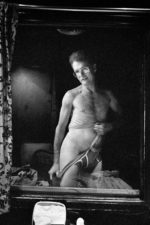 “I was fascinated by people who lived on the fringes,” says Toloui, then a member of the Yeastie Girlz, a radical feminist band. “I was becoming more of an exhibitionist with my punk style and it wasn’t a hard jump [to sex work]. I was already pussycentric at the time. A friend of mine said, ‘The Lusty Lady, that’s the place to go,’ because it was owned by women and considered the feminist strip club.”

After a three-song audition, Toloui joined the team, working four and six hour shifts and being paid an hourly rate. “We didn’t have to work for tips, so we weren’t competing against each other,” Toloui recalls. “It was a sisterhood, loving and fun. A few women were there because they had drug habits but most were getting their Ph.Ds or going through college.”

Two years into her tenure at the Lusty Lady, Toloui took a class with Ken Kobre, a well-known teacher of photojournalism, who asked students to document their lives for a week. Toloui snuck her camera in a bag and brought it into the Private Pleasures booth, steeling herself to ask a patron if she could take his picture in exchange for a free dildo show. “Not only did he say yes but he loved it so much he came back the following week and asked if I had my camera,” Toloui recalls. “I realized all you had to do is ask. That’s so true of so many things in life.” 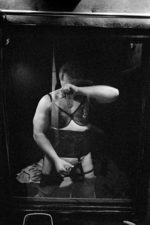 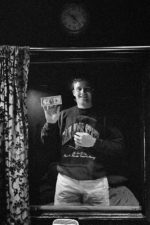 Now tasked with a purpose, Toloui found her groove, making portraits of customers she found intriguing. “A lot of the dancers would be backstage complaining about certain clients and I would be like, ‘Send them to me.’ The guy who eats his own shit, the guy who pretends his penis is tiny to humiliate you—so many variations on the male fantasy,” she recalls.

On a mission to make photos, Tolui ended up working at the Lusty Lady longer than she thought she would, never asking management for permission to do what she loved. “I didn’t tell them because I didn’t want them to say no. That would have given them something to manipulate me about,” Toloui says.

According to Toloui, everyone in management had to attend Erhard Seminars Training (est), a two-weekend, 60-hour self-help course offered in the 1970s and early ‘80s, which has since been reinvented as the Landmark Forum. Popularized in books like Fight Club and parodied in films like Magnolia, est and the Forum have their proponents and detractors alike.

Toloui is of the latter group. She explains, “They would break you down then build you back up again with all of these ideas about how to manipulate others and how to get your way and succeed in life. Everyone who worked in management had to go through that training so they used that bullshit on us to manipulate the dancers. It was really infuriating. This is a big part of why the dancers rebelled and unionized.” 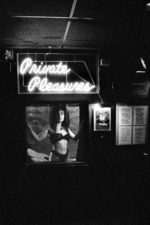 In 1997, well after Toloui left, the dancers joined the Service Employees International Union, becoming the first strip club to successfully unionize in the United States. The efforts came about after African-American sociologist Siobhan Brooks, a dancer at the club, filed a discrimination complaint against management. Once unionized, the Lusties fought against management once more, buying the club for $400,000 and turning it into a into a worker cooperative in 2003.

With the change in ownership, the dancers flipped the script, establishing a peer review process that allowed them to evaluate each other. For a decade, the Lusty Lady forged on before finally closing its doors on September 2, 2013 after being unable to renew their lease. But the legend of the Lusty Lady lives on in books and film, as well as Toloui’s photographs that capture some of the dynamics of cis-gendered heterosexual sex work. 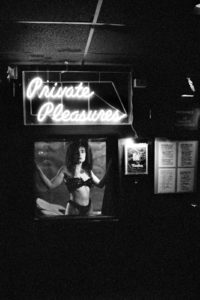 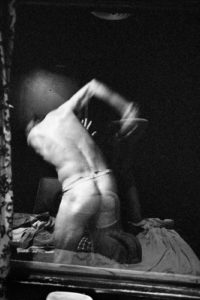 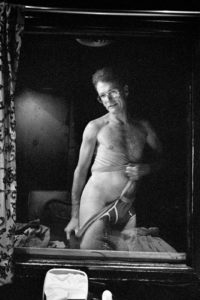 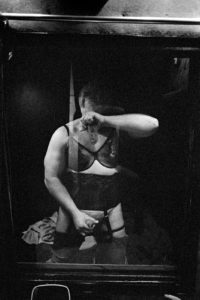 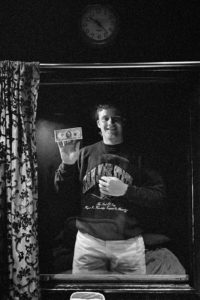 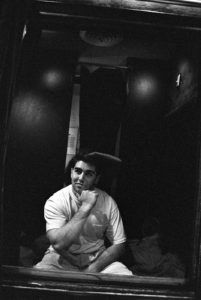 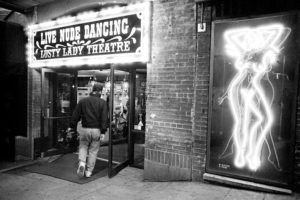