With a song in the upcoming film ‘Queen & Slim,’ Choker is moving from the indie pond to the mainstream ocean. In this intimate editorial, he explores the exchange of power and trust.

It’s not easy being soft, especially in this cold, hard internet age. It requires thick skin to face rejection, criticism, and idolization. Most musical artists create characters that are so separate from their own identities it’s as if a large barrier is between them and their audience. With the smoke and mirrors of lyrics and performance adamantly protecting their image, it’s refreshing to come across a musician as vulnerable as Choker. His lyrics seem to speak directly from the source. His performances are unfiltered, as if he walked directly from his couch and onto the stage. This realness exudes a unique personality and voice in the industry, and is quickly gaining notice.

With over 700,000 monthly listens on Spotify and a new song featured in the upcoming film Queen & Slim, Choker is steadily moving from the indie pond to the mainstream scene. But he’s taking it as it comes. With an almost zen-like approach to the public spotlight, Choker discusses here the weightlessness of butterflies, the intangibility of stars, and how to adjust to the future. Created by Lulu Yao Gioiello, this editorial is an intimate exploration on the exchange of power and trust, of tension and release in the form of a chiropractor and his patient.

Choker—When I was 14. I was rapping on Lil Wayne beats, Kendrick beats, stuff like that. I had always written a bunch as a kid, and it slowly turned into writing lyrics. I would write stories, narrative and more of what you would call “bookie stuff.” I started learning how to produce when I was 18.

Lulu—So it started through lyrics rather than melodies?

Choker—I was always interested in prose writing. I didn’t start singing until I was 19, didn’t know I could sing until I started producing stuff. I became more interested in melodies because I was getting involved with instrumentation and fleshing out sonics through vocals. I wanted to express what I was saying in a more emotive way, through singing and yelling instead of just talking.

Lulu—What’s the first music you remember listening to?

Choker—Michael Jackson… yeah. I was probably 2 or 3. The first CD I bought was a Michael Jackson album. I can’t remember the name but it had butterflies on the cover. I also bought a Sisqo album, and a Puffy AmiYumi album.

Lulu—I noticed a lot of your jewelry consists of butterflies and stars. Is the first album you bought why you like butterflies?

Choker—Yeah maybe! I never really thought about that. When I was a kid, I was always into more traditionally feminine things, like butterflies, kittens, just really soft fuzzy stuff that gives off an ethereal feeling. I always liked the thought of weightlessness and floating. Butterflies are so elegant. They’re not restrained by things that are currently happening, or by things trying to bring them down. They’re escaping all of that. 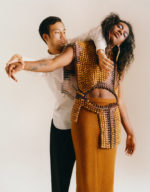 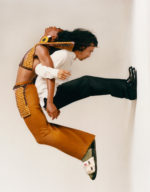 Lulu—How do you feel about people calling you a rising star, and what do you see yourself as?

Choker—I’m always thinking of forward movement, I don’t like doing things over and over again. I guess that’s a sign that I’m rising, so to speak.

When other people say I’m a rising star, I don’t really look into it that much. Perceptions are always changing. You could be rising to someone and the next second you could be falling. Someone could say “oh you fell off” or “you changed.” Or if you get too big, people can feel disconnected because they think you sold out. As long as I feel like I’m moving forward then that’s cool.

Lulu—How do you feel about the musicians need to perform both digitally and in person?

Choker—I used to be really against performing in person because I was super anxious and wasn’t ready to be that open to sharing with people on a wide scale. But now I’ve done it a few times and I’ve gotten accustomed to it. It feels really important to me to be in person with people and see them face to face, to exchange energy in a way that’s human.

Having someone experience my performance on a screen is so different from seeing someone in person and being able to touch them or talk to them. It can be overwhelming sometimes at shows, because there are so many people and I am a very empathic person. It’s hard to take in a whole crowd of people. I’m always thinking of individuals and how everyone is feeling. When I meet people after a show it’s tough because it can feel really transactional, like you just talk to someone for 30 seconds at a time. You have to move onto the next person. I’d love to sit down with each person and have a legitimate conversation, but at a show it’s not possible. You can’t really do that. 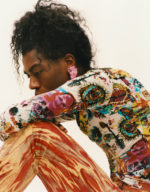 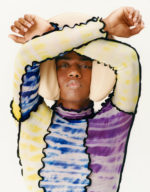 Lulu—What are your most productive hours of the day?

Choker—I usually work better later at night because that’s a natural time to be alone. During the day, if I’m operating, I’m talking to people, running around, going to meetings, dinner, and everything else that isn’t super ‘me-centric,’ as self-important as that may sound. If you’re making art, at least the way I make art, where I try to do everything myself, then it requires a certain level of alone-ness that’s easier to get at nighttime, when everyone’s asleep.

Lulu—Do you feel that you’re more Choker or more Chris?

Choker—For sure Chris. Choker is like a title of a book, I guess. Everything that I do in my life and everything I’m trying to do in terms of art is Chris, but if I’m trying to present it to people, I’m Choker. There’s an aspect of power to it because I chose it.

Lulu—Are there any non-human cartoon characters you have an affinity towards or identify with?

Lulu—What do you mean by that?

Lulu—What’s a song that you would consider a masterpiece?

Choker—‘Empire Ants’ by the Gorillaz is probably a perfect song. It has every aspect that I would enjoy in terms of production. It’s really lush, inviting and warm, and the latter half of the song has parts that are really rough and abrasive and jagged. The vocals are beautiful, the writing is beautiful, it’s mixed incredibly well, super clean. It’s a sick-ass song. 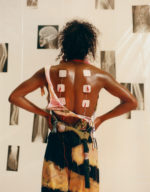 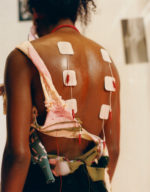 Lulu—I feel like a lot of your music has different aspects in one song too. How do you know when a song is finished and no longer a work in progress?

Choker—Sometimes things just sound better when they’re existing together as one complete thought. I could separate one track from another track, but a lot of the times when I’m making music, in the process of seeing an idea through I’ll get another idea, which can spin off to become a whole other thing. They’ll coexist in the same project, and when I weave them together it represents the process. They all work off each other.

Lulu—You’ve expressed your interest to me in being more transparent. Can you explain that?

Choker—Up until recently, I wasn’t transparent at all, at least not in my personal life. My music has always been my outlet. Outside of art, I have always had walls up. In the past, I just didn’t connect with people in a way that felt genuine or healthy. Lately I’ve been trying to change, been trying to be more open. I’m a micro-to-macro person, so I look inside first, and then think about how to repurpose my thoughts to be able to present them to people, so that they can use them as fuel for how to help themselves. I’ve also been making an effort to reveal more parts of the process. I’m trying to be more present in writing, because I’ve always only written about things after I’ve had time to process and dissect them, and decided this is definitely how I feel about something. Now, it’s been exciting to write about things I’m still unsure about, and still feeling out as I’m going.

Lulu—What’s the thing that has taken you the longest time to process?

Choker—As broad as it sounds, it’s been myself. I’m always trying to self-assess, self-process, to figure out how I’m feeling, how something has affected me. Before, I’d take more time before I expressed myself, so that I’d sound more confident in what I’m saying. But I don’t care about sounding confident anymore. I’d rather sound honest and upfront with how I’m feeling.

Lulu—What’s your goal when you create music?

Choker—The most important thing is that it feels genuine and that it feels honest. It’s really easy to get caught up in trying to do something that exists outside of yourself, that is ‘the biggest thing in the world,’ or that is super impactful. I feel that comes naturally if you’re able to tap 100% into what you were feeling at the time and want to say. I’m always trying to figure out what it is that I’m trying to say, and since that’s always changing, it can be tough. It’s like chasing something that’s unattainable, like reaching for the stars. 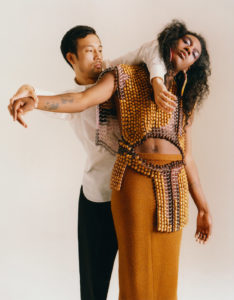 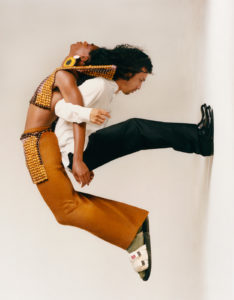 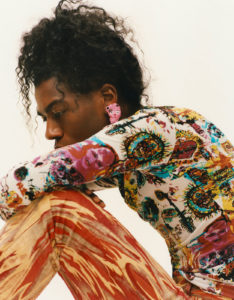 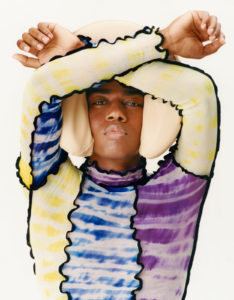 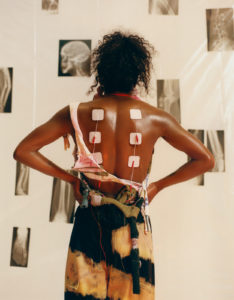 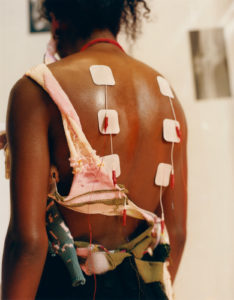