In Tokyo, Kyoto, Osaka, the photographer ruminates on the experience of tourism and the responsibility of an artist abroad.

Signs, Lucie Rox’s latest zine, is a collection of photographs from Rox’s weeks-long journey to Japan during the winter of 2017. Here, the London-based photographer meditates on the relationship between the seen and unseen. She focuses on the quieter, less obvious aspects of the streets she walks, where people are living their everyday lives around the visitors. Gardening tools, shadows cast on a stucco wall, and snow-covered stone statues take on crucial meanings—a testament to Rox’s ability to capture a new story of Japan’s singularly vibrant cityscapes.

Prior to embarking on travels to Tokyo, Kyoto, Osaka, Nara and Mount Koya, Rox re-read Roland Barthes’ influential work Empire of Signs, which speaks to the relationship between European tourists and Japanese culture. She includes an excerpt from the book on the zine’s title page: “The author has never, in any sense, photographed Japan,” writes Barthes, “Rather, he has done the opposite. Japan has starred him with any number of ‘flashes’; or, better still, Japan has afforded him a situation of writing.”

Rox ruminates on one’s experience in a foreign place similarly, depicting the struggle to familiarize oneself with new languages and cultural traditions without disrespecting such customs, or pretending to fully understand them. 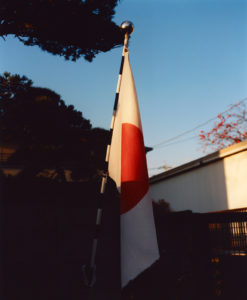 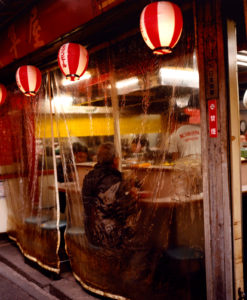 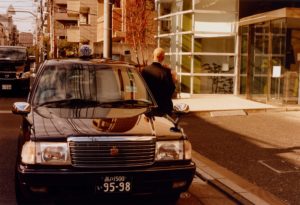 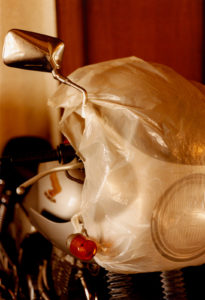 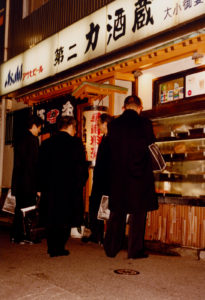 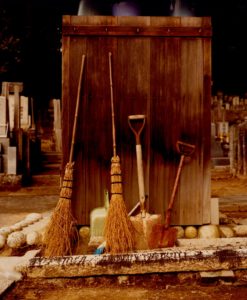 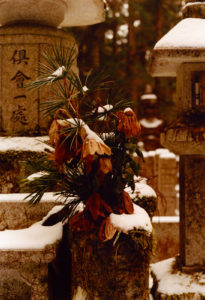 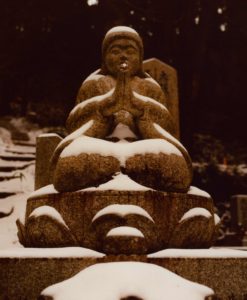 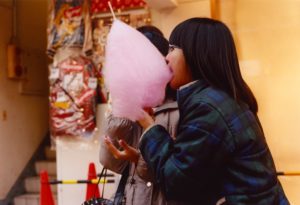 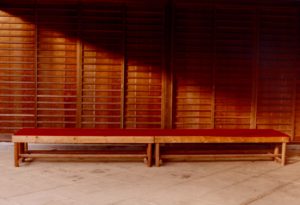 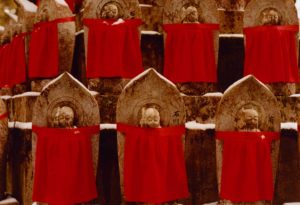 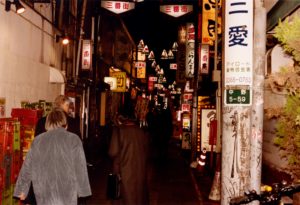