Inside the iconic ’90s subculture with one of its founding members, who talks visual identity, self-branding, and passing the torch to Gen-Z.

At the center of New York City’s flashiest club scene was platform-sporting eyeliner enthusiast Waltpaper, otherwise known as Walt Cassidy. As an artist, jeweler, and now author, Cassidy burst onto the New York party circuit during the ‘90s with curiosity, passion, and a desire to find community. Pursuing art and African Studies at the School of Visual Arts in downtown Manhattan, Cassidy became immersed in the nightclub scene, associating himself with a crew of charming, liberated, creative individuals known as the Club Kids.

“I wanted to move to Africa, but all the culture I wanted was in NYC. The nightlife industry was thriving at the time,” Cassidy told Document over the phone earlier this week. “As a young artist, it was an easy outlet—work at the club during the night, and study and paint during the day. There was a lot of room for creativity in the nightclub scene, all these resources to your advantage—PR, artists, performers, incredible spaces, people at Palladium had a recording studio so you could record a demo…I would meet so many artists at night, but in my mind I was like, “Why do I need to sit in this classroom all day when I can hang out with a performance artist tonight?”

Cassidy’s book New York Club Kids, comprised of a unique range of visuals and a narrative recount of the era, is a love letter to the Manhattan club scene. Iconic figures like Chloe Sevigny, Lady Miss Kier, Mathu Anderson, Zaldy, and, of course, Waltpaper, are featured in the photographic telling of an extraordinary underground subculture. In preparation for the book’s upcoming release, Cassidy recounts his experience, process, and intent behind New York Club Kids with Document. 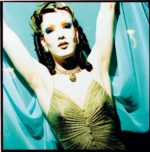 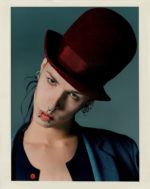 Rachel Cheung—The book opens with a quote from a poem by Matthew Arnold: ‘Resolve to be thyself, and know that he who finds himself, loses his misery.’ Why did you choose this particular line, and what do you think it signifies for the Club Kids?

Walt Cassidy—I chose that line because my father used to recite it to me while growing up. My parents were big on supporting me as a unique individual, and it was sort of our family mantra, my father said it a billion times. It was drilled into me. When I discovered the Club Kids it was like I was walking through life by myself, and it was like I found my tribe. They were living their lives, and the main goal was to define who they were.

Rachel—Your club name, ‘Waltpaper’—how did you come up with it? Do you think many Club Kids identified more strongly with their alter ego names than their given?

Walt—I think when everyone comes to New York, Club Kid or not, it’s this opportunity to embrace your true self, or reinvent yourself. For me, when I came to New York, part of the Club Kids formula was your name. It was a way to brand yourself, mark yourself, tell the public what you were about. I chose ‘Waltpaper’ because I was doing illustrations at the time. You know, Desi Monster, he was where the wild things are. People like Christopher Comp, everything was complementary, and his persona was sort of entitled, cute boy who gets everything for free. There was Sacred Boy, who came from a really conservative family and aligned with a lot of religious imagery, and so that gave insight into what he was about. That was what all the Club Kids were about, and some achieved it better than others.

Rachel—New York club life during this time seemed to offer a new space for people to explore their identity. How do you think the ‘90s club scene was different than the previous, and the current?

Walt—At the end of the ‘90s, there was a huge political shift that actively sought to eliminate the thriving nightlife scene. Politics became more focused on banks, tourism, and real estate, as opposed to culture. Mayor Giuliani fought to close down all clubs. At the end of that period, we had 9/11, and then went into this sort of blackout where everybody was so confused, and everything we knew as staples of New York were gone. There was this gap where nobody knew what was going on, what to do. 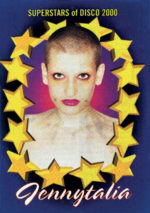 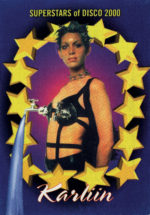 Rachel—In your forward, you say ‘things always survive and endure, no matter how much they get covered over, or consigned to the past.’ Do you think the ideas and sentiment of the Club Kids exists today, in some form?

Walt—Yeah, I see this connection between Gen X and Gen Z. People throughout history were always going through periods of conservative and liberal ebb and flow. We were coming out of the ‘80s, which had very conservative politics, and of course we were amidst the AIDS crisis. By the time we got to the ‘90s, we needed a break. We’re in one of those conservative periods now, and I anticipate that will be pushed back by liberal thinking if the future follows course. Youth culture always reinvents itself, just with new language and images. There are always young people who want to hang out, work a new look, and put themselves on a public stage. What changes is the way we talk about it and the visuals to show it.

Rachel—You mention several iconic figures of the club scene in the book. Considering the cultural landscape three decades later, how do you think the New York club scene’s mentality has changed?

Walt—When the Club Kids came along, they were heavily criticized and scrutinized by the older scene. We embraced the idea that we could operate within the mainstream, we didn’t want to be an underground, never to be known scene. We took ourselves on daytime talk shows—it doesn’t get anymore commercial or American than that. The older guards were critical of how self-branded we were. We were ahead of our time; we didn’t have to be performers, we just had to be ourselves, our identities were enough. Even though a lot of us were artists working in various media, we pushed the idea forward that our identity was our primary medium. The Kardashians, for instance, are similarly criticized. ‘You guys look great, but what do you do?’ We did ourselves.

Rachel—The ‘love/hate’ component you describe in the book is really interesting to me in how it’s an ‘essential component of success in any public sphere.’ Do you believe the whole ‘any press is good press’ idea persists today?

Walt—I do think it continues today, it’s a Warholian concept, and the Club Kids certainly embraced that. Most of our group, we were bullied and attacked while growing up. We came from experiences where we were already rejected, so [public criticism] didn’t hold much weight. We just didn’t care. The allegory in the story of the Club Kids is that it’s important to participate, and to show up even if you weren’t invited. People thought we were grandiose, or annoying. Many people hated us, but we just kept doing our thing. We never sat around waiting for other people to give us permission to do what we wanted to do, we just did it. 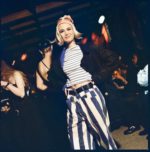 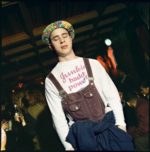 Rachel—You paint a broad image of New York club life through all the photographic imagery in the book. What was the process of sourcing all your images, and were there challenges of creating this archive?

Walt—It was really challenging, especially because many photographers are no longer active. A lot of the work was in the excavation. We developed the work in the book from original negatives. I was asking people to dig stuff out of old sheds in rural Texas and other places. Everyone was digging through their raw material, and we had to develop these images so they were ready to print. Everything was in different formats, a lot of discontinued analog media. It was a big challenge to bring everything formally up to speed, from sorting through tiny slides and removing scratches from negatives.

Being that there were photographers who have stopped shooting since then, I had to re-engage them with their own work and it brought up a lot of emotions because that time period was really impactful for a lot of people. Those experiences were put away on the shelf for many, so when they were uncovered, it brought up a lot of memories. This process of opening back up was really tender and emotional, and beautiful. That was one of many amazing moments in making the book—seeing artists remember work they had forgotten about.

Rachel—What do you want readers of New York Club Kids to walk away with?

Walt—I didn’t want to put forward this idea that New York used to be so great and now it’s not. I didn’t want the book to remain in a space of nostalgia, I want it to regenerate, be inspiring, and convey the idea that we are constantly growing. I wanted to bring this information full circle, because it’s very relevant to the present day. The ‘90s had a tremendous impact on our culture. I’m proud of the book because it maps out the effect of that time period. When the city went culturally dormant, there wasn’t a chance for the older generation to pass on the history. That was the motivation of doing the book, to pass the wisdom and the history onto the younger generations.

Currently, Cassidy is preparing for an upcoming panel discussion at Opening Ceremony on November 16th. The Waltpaper x Opening Ceremony capsule collection includes contributions from Dolphina Jones and Gregory Homs, two artists who designed the bulk of the original art and design for the mega clubs in the ‘90s. Cassidy also collaborated with MAC Cosmetics to create an essentials kit that has the basics of all the club makeup he used to use, coming soon. 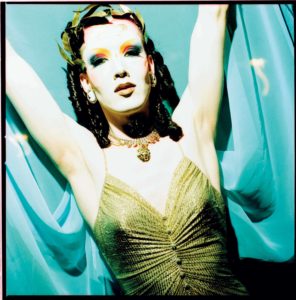 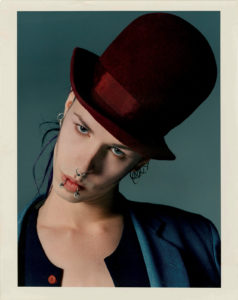 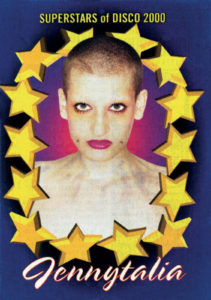 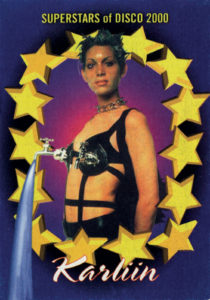 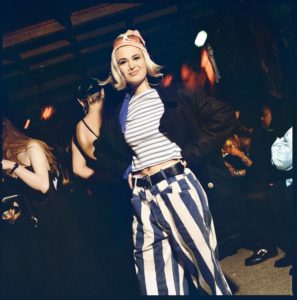 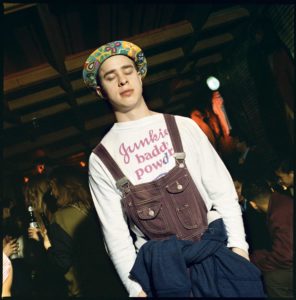