Director Reiner Holzemer offers an unprecedented window into the mind of fashion's most elusive icon with ‘Martin Margiela: In His Own Words.’

Fashion is an industry built on press, narratives, and personalities, not secrets and mystery. So it figures that Martin Margiela’s anonymity unendingly fascinates the fashion community. Since the 1987 launch of Maison Martin Margiela, the Belgian designer has refused to grant interviews or photoshoots. His silence wasn’t a gimmick to rouse attention, but rather a protective mechanism. The avant-gardist, exhausted by the mere notion of explaining each of his daring decisions to the press, wanted his work to speak for itself. Both his veiled identity and veiled models served to narrow focus on the garments.

As a pioneer of conceptual fashion, Margiela’s career was based on a series of unforeseen experiments that landed him in a league of his own. His then radical choices are now industry staples: street casting, luxury upcycling, the tabi shoe, unconventional and off-site fashion shows (past locations include a Salvation Army and Monmarte cemetery.)

After 10 collections, Maison Martin Margiela’s many naysayers began to catch on and suddenly, all of mid ՚90s “fashion” looked “Margielan.” Floor-grazing hemlines, muted tones, and frayed detailing became trendy. And this was only the beginning.

Though Margiela retired from the industry over a decade ago, his cult of influence is at an all time high. Fellow Royal Academy of Antwerp fashion graduate Demna Gvasalia of Vetements and Balenciaga spent several years at the Maison, and his incessant homages to Margielan concepts and aesthetics have helped make him the man of the moment. Countless other defining names in contemporary fashion including Raf Simons, Phoebe Philo, Jacquemus, Marques Almeida, Y/Project, Kanye West are also indebted to his legacy.

While Margiela’s vow of silence allowed him to move through the world and design more freely, it also made his work ripe for the taking. It’s been proven easy to “borrow” from a designer who has forfeited his ability to speak up. For the first time, the fashion world can hear that voice through Margiela’s own narration, thanks to the release of a new documentary, Martin Margiela: In His Own Words. So who managed to make a film about the industry’s unknowable man? The German filmmaker Reiner Holzemer, whose 2016 film about Dries Van Noten, Dries, received critical acclaim and created a new standard for fashion documentaries. It wasn’t long after its release that Holzemer became fixated on Margiela as his next subject. “It’s the biggest gap to fill in the history of fashion in the last 30 or 40 years,” says Holzemer. When he first began expressing his desire to work with Margiela, he recalls being told to “keep dreaming.” But in a seemingly impossible feat, Holzemer succeeded in capturing an intimate portrait of an industry UFO.

From initial inquiries (and rejections) to on-camera interviews, the making of this film was a triumph of patience. The realization of Martin Margiela: In His Own Words is, more than anything, a story of profound trust between the director and his volatile subject. Holzemer had to jump through hoops to keep Margiela on board; the designer requested voice modification and demanded the word “interview” never be used (it was swapped for the term “conversation.”)

“I knew how easy it would be for him to lose interest in the project. There was always that danger in the back of my head. Many people were warning me not to scare him. I learned later that there were five previous film projects that were never realized, because he ran away.”

Hearing Margiela speak in the film feels revelatory. His silence, though tasteful, has allowed for the proliferation of misinformation, conspiracy theories, and lopsided interpretations of his work. “When you read the articles, people are guessing. They don’t have the facts. So producing something based on his voice, statement and quotes was the most important thing to me.” says Holzemer.

The result is a film that awards viewers an incredible privilege: watching the designer reclaim his legacy. Here are some of the most exciting things Margiela spoke about, in his own words:

The origins of his wig obsession

Margiela’s playful approach to wigs and hair is a hallmark of his styling. He often sent models down the catwalk with their faces concealed by hair or wigs, and his 2008 “Wig Coat” is perhaps the most famous piece in his archive (aside from the tabi shoe.) Margiela reveals in the film that his father was a barber and that his mother operated a small wig business in the salon after closing.

“My father was a hairdresser and I loved as a little kid hanging around… and all of the gestures. It was very interesting to see when the hair was falling to the floor and the other clients would come in and walk in it. I was always impressed when things were happening with hair!”

Margiela says he decided to become a fashion designer at age 7, after seeing a fashion show on television. He recalls being asked by adults what he wanted to do when he grew up: “Even as a shy child, I would say a fashion designer in Paris. They would make a strange face, and my parents were very embarrassed. They said please stop saying this, and I obeyed. But in my heart I felt it was the truth.”

His doubts about maintaining his anonymity

“Sometimes I regret that I had to make this decision to save myself, because it’s difficult to make a name if [you] cannot put a face on it. Your collections need to be very forward. But I knew that I could give more if I felt protected.”

Margiela often contrasts his inability to be in the public eye with his teen idol, mentor, and previous employer, Jean Paul Gaultier.

“I was not made to cope with the system as he does. He can handle it. In a positive sense of the word, he is a real entertainer. He always said to me, ‘Martin, you are too serious for this world’. And it’s true.”

Martin Margiela, sketch of the “Jabot.”

The impact of the notorious SS90 show

It’s very on brand for Margiela to consider the most controversial show of his career the most touching. His Spring Summer ՚90 presentation was rogue in every way. It was staged on a defunct playground in a North African neighborhood outside of Paris, the seating was first come first serve, and local kids walked the catwalk. Though it completely ruptured the standard runway model of the ՚80s, critics claimed the show used young, disenfranchised children as fashion props.

“It’s the most magical show I think of my whole career. People called it the ‘new wet look’, which was right! The audience was very strange. One half was professionals and all the others were yelling and clapping and singing. It became one big experience.”

It’s implied that the SS90 backlash made Margiela even more resolute in his decision to remain anonymous throughout his career.

Thoughts on his imitators

“After 10 seasons, we could feel that we were after all of these years, influential. And fashion to started to change into my direction.”

Martin’s resistance was staged in the form of his 1993 collection, which presented the best looks of the past seasons, dyed in grey. He stamped on every garment label the original date of the design.

His controversial tenure at Hermès

“I was really happy there. It seemed so natural, even if it was the biggest contrast you can imagine.”

Margiela’s 6-year stint at Hermes was just another facet of his career that caused uproar. His minimalist and monochrome looks outraged critics, who felt the experimental designer was punting on creative opportunities.

“For me, luxury is the perfect balance between quality and comfort. And if I can go further, I would say timelessness. I thought that these pure and simple garments didn’t need color. I preferred material, shape and finishing…we talked only about tones.”

10 years after his retirement, Margiela is surprised at his lasting influence

In the film, the designer discusses how the internet influenced his decision to leave the fashion world at the peak of his career. After witnessing the industry shift the past decade, it seems Margiela was —as always —ahead of his time in predicting the woes of fast fashion and the influencer age.

“There was something quite unpleasant going on for quite a while in the fashion system. For me, it started when we had to go on the internet the same day as a show. I like the energy that comes with surprise, and this was completely lost. So I fell more and more sad. I felt this is the start of a moment where there are different needs in the fashion world, and I’m not sure if I can feed them.”

Margiela also says he feels humbled by the lasting interest in his work.

“In fashion, you are very quickly famous and very quickly forgotten. 10 years later, I was not expecting this. It was a very pleasant surprise.”

The next screening of Martin Margiela: In His Own Words is at IFC Center on November 14th. 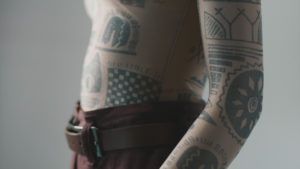 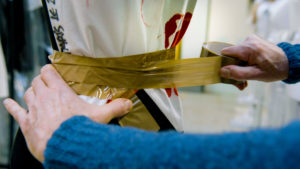 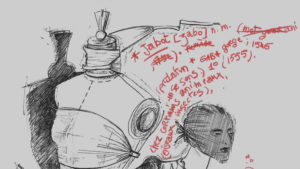 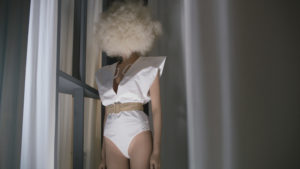