The artist balances self-assured and rare vulnerability on his debut album 'Legendary Member.' He talks Drain Gang collective, the challenges of starting over and turning to collaboration for solace.

On “Spinnin,” the 10th track on Legendary Member, Thaiboy Digital, born Thanapat Thaothawong, raps, “I crave destruction / Drain Gang we up and coming / Rockstar life don’t take nothing for granted / Dubai airport, fifty grand when I landed / Waterfall but I’m climbing up ladders / Stuck in hell, but I gotta do it better.” The album emerges out of Thaiboy’s deportation from Sweden in 2015, his home since he emigrated from Thailand when he was eight-years-old after his mother took a kitchen job at the Austrian embassy. His debut album, flawlessly speckled with moments of conviction and delicacy, indicates his personal and musical growth from recent struggles.

Drain Gang is a music collective made up of vocalists Thaiboy Digital, Ecco2k, who formerly designed for Swedish sneaker brand Eytys, Bladee and producer Whitearmor. They closely collaborate with and are good friends with Sad Boys, which features Yung Lean and producers Gud and Yung Sherman. Ecco2k, Bladee, and Lean all appear on Legendary Member alongside Thaiboy, while all of the songs are produced by Whitearmor, Gud, and frequent collaborators woesum and RipSquad.

Thaiboy began recording his album around a year ago, while struggling to adjust to a new life in Bangkok after being deported. Some of the harder songs, such as “Nervous” or “Kit Kat” brought to you by Gud’s hypnotizing future-trap beats, carry a 50 Cent minimalist cadence and self-assured swagger (Thaiboy is a big 50 Cent fan.) Others are softer and more melodically glittery such as “Kiss Me Through the Scope” and “Lip Service.” The most impressive aspect of Legendary Member is the simultaneous poignancy and tangential irrelevancy of the title. On this album, Thaiboy shines but his collaborators and friends are embedded throughout and are crucial parts of this holistic vision. I spoke with Thaiboy Digital about GTBSBE’s (Gravity Boys aka Drain Gang x Sad Boys Entertainment) collaborative process, the time Bladee got hit by lightning in Bangkok, and his favorite moments while recording Legendary Member with the homies. 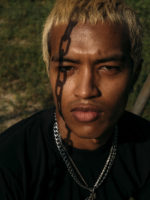 Agnes Bae—It’s been about four years now since you’ve been back in Thailand, how have you adjusted personally and emotionally since leaving Sweden?

Thaiboy—I’ve adjusted a lot. I feel like I can call Thailand my second home now, but it took a while before I got to this point. It was much harder in the beginning because I didn’t really know what I was going to do when I left Sweden. I didn’t really have any plans, no friends, and had to start new again in a way.

Agnes—Do you feel like leaving Sweden was inspiration for this album? How did Legendary Member come about?

Thaiboy—Bladee was in the middle of recording Red Light when he asked me to send him some voicemails for the album. I said something like, ‘Bladee, legendary member Drain Gang’ in one of the voicemails. When that project [Red Light] dropped, everyone just started commenting ‘legendary member’ on the songs. I liked the way that sounded, and a couple of years later, when I wanted to do my own album, we all decided on calling it that. So the title came before anything else. 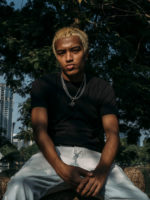 Agnes—How was the recording process for Legendary Member?

Thaiboy—I don’t think the process was that different from the way we’ve recorded the previous records. I wasn’t living in the same city as the rest of the members, but I was almost never alone in the studio when we were making the songs. Someone from the gang would always be there with me, whether that was Ecco, Bladee, or Lean. Usually, beats come first although that can change from time to time, but mostly we’ll hear the beats and then experiment with what sounds good and what doesn’t. Sometimes we might sit down and try to write something. On Legendary Member, most of the recording was done more on the spot. We’re always trying new things in the studio, and it’s just what happens when I’m in there with the guys. That’s what keeps music exciting for us.

Agnes—How much were you involved with Bladee and Ecco2k for the visuals?

Thaiboy—It was more that they wanted to make images for the album, and they basically just asked me for some photos. The album cover specifically was from when I asked Bladee to make an image of me on a horse with money. This was a while ago, I think we were 15 when I asked him. When I first saw the image, I was like, ‘Damn that looks nice,’ and I made it the cover.

Agnes—As someone who’s trilingual, would you ever rap in multiple languages on the same project?

Thaiboy—I don’t know, I was actually thinking about this like a week ago. I was wondering what would happen if I made a song that was in Thai, Swedish, and English. It is something that I consider every now and then, but I don’t necessarily have the opportunity to make a song like that yet. 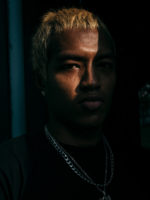 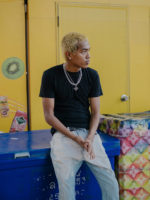 Agnes—This question is slightly unrelated, but can you tell us about the time Bladee got hit by lightning in Thailand?

Thaiboy—I think we were all at the villa, and it was nighttime. For some reason we were all separated; I don’t exactly remember why. There was a storm outside, and Bladee was by the pool; I was upstairs in the house. Ecco went out with a scooter, and the next thing we know Bladee had disappeared from the pool. He had gone upstairs and was laying in bed, so we all went to talk to him and asked him what had happened. He said he had gotten hit by lightning and he looked it up on the internet and it said that he was going to die for sure. He was kind of just laying there preparing to die. It was pretty crazy.

Agnes—What was your favorite moment while recording Legendary Member?

Thaiboy—I think my favorite moments had to have been whenever we finished a track. Listening to the song back with all of the guys in the studio is such a good feeling, and in that moment, it’s just for all of us to enjoy. I think there were two songs that I had spent all day making with Gud and Ecco, and when we were listening to it back I got so hype it felt like I was two feet in the air just going crazy in the studio. Crazy shit like that is the most memorable for me.

When we were finishing up the last track, we were all in London. Gud was like, ‘Just finish this one adlib and we’re done,’ and I went in to do the adlib and came out; we all just lost it. We listened to the whole album all the way through and everyone was singing the lyrics, it was a really nice moment. 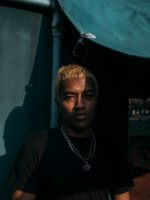 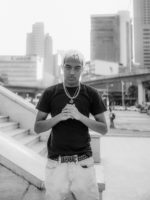 Agnes—It sounds like there’s a lot of love that goes into the music.

Thaiboy—I can’t say for the guys—I know Bladee and Ecco both have a lot of music they’ve been working on right now, and projects they want to release. As for myself, I’ve been producing more and singing over my own stuff, but that’s more for my personal joy. I feel like the inspiration just came over me. Maybe I’ll release some of that stuff, but I’m not sure yet.

Other than that, I’ve been wanting to release another EP like Tiger, which was more personal. I put that out just before I left Sweden, and I was in a pretty emotional headspace. But I feel like I’m over the initial bad period and in a good space now. I’m still processing a lot of change, and the past couple of years has been a lot of processing. Maybe that’s why I haven’t told my story musically yet, or at least not in the way that feels completely right lyrically and melodically.

Agnes—How should your fans listen to Legendary Member?

Thaiboy—They can all listen to ‘Baby’ definitely. They can listen to ‘Baby’ anytime. ‘Kiss Me Through the Scope’ is the first song we recorded in London, so that song is very special to us. ‘Beijing’ was also recorded in London, and ‘Spinnin’ might be the last track we recorded. All of the songs are special, though, and I have a lot of favorites, and they’ll change with time or how I’m feeling. But really, the best way to listen to the album is just front to back and pick up things for yourself along the way. 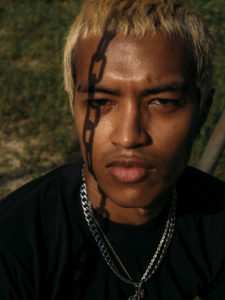 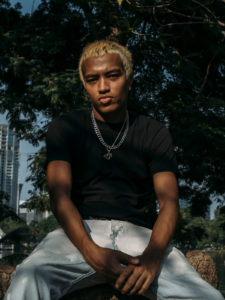 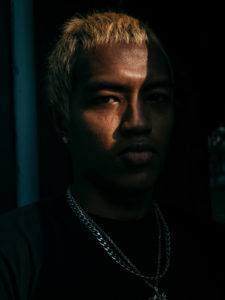 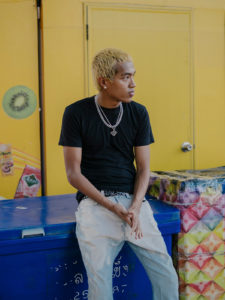 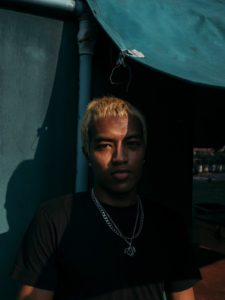 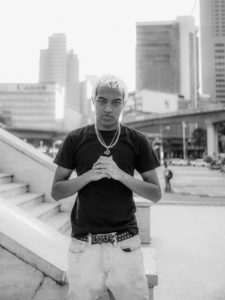 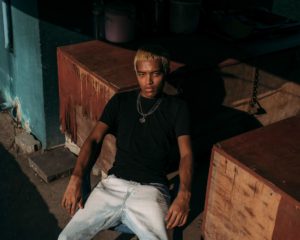