Long before the Milly Rock, the Dougie, Whip/Nae Nae, and countless Fornite crazes, there was the “Dixie Style to an Ocean Wave,” “Spin Chain and Exchange the Gears,” and “Anything and Spread.” Knowledge of these moves was obtained at IRL events called square dances, town affairs where American coeds of all ages danced to live fiddlers, and “callers” (A.K.A. the MCs of the fiesta) cued up the dance moves in rapid succession. The events provided the puritanical public the tantalizing opportunity to graze selected clothed body parts of the opposite sex.

Square dancing really took off in the 1920s when business magnate and notorious antisemite Henry Ford spent a small fortune to promote it in order to combat the now fevered jazz dance craze, which he saw as a Jewish-lead attempt to corrupt the morality of the American public. The dance then went as viral as things could pre-internet. Schools began to teach it in gym class. 28 states made it their official state dance. A century later, if you’re on the right mailing list, or run in certain 80-year-old-plus circles, you can still attend one of these unironic folk traditions, like Knothead Jamboree in Montana, and see this all in practice.

For the past 64 consecutive Labor Day weekends, dancers from the four states surrounding Montana have made a pilgrimage to Yellowstone to do one thing: dosey doe. The Knothead Jamboree is where people reunite with old pals, show off their new matching duds, and hunker down for a weekend-long party filled with dancing and workshops. There is no competition, and, amazingly, this celebration of the folk art still maintains the long-standing American square dance tradition of being completely dry and tobacco-free. Can you imagine? Not a drop of booze or whippet in sight.

Like many American traditions that originated in Europe, square dance’s history has some unfortunate associations with racism and xenophobia. Attempts to nationalize square dancing through legislation were full of language about preserving “our true American heritage,” and were justifiably condemned by African-American and Native American communities. (Ironically, some credit black American slaves for adding the call-and-response element to square dance.) And while all but a few of this year’s Knothead Jamboree attendees were white, people seemed more interested in cutting a rug than firing up their Walmart-brand tiki torches. It seemed that as long as you knew a few “calls” and paid the cover, you were welcome to hoedown. The crowd did gasp when pro-caller Charlie Robertson announced that the next song was going to be a “rap song.” However, when his Weird Al-inspired parody of Tag Team’s “Whoomp (There It Is)” turned into the still-hip hop beat-driven “Whose Square It is,” everyone got down as though it were fiddle on full blast.

The backdrop for the past 50 years of this event has been the Union Pacific Dining Hall, the architectural crown jewel of the small town of West Yellowstone. 25 years ago, the event saw record crowds with 1,000 dancers, some spilling out into the lawn to find space to promenade. Numbers have been on a slow decline since, with 250 people attending in 2018. (In 2018, just over 4,000 people attended the National Square Dance Convention.) The event organizers are doing what they can to keep this dwindling event alive. This year, they dropped serious coin to secure hotshot caller Robertson and his silver-tongued colleagues Mary and Bob Townsend-Manning. Despite the celeb talent, attendance fell to 175 paid dancers, worrying organizers this may be the event’s last days. 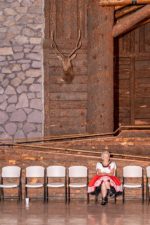 Who are “Knotheads”? Where does the word come from? A few clues are found in the word’s origins. In the Woody Woodpecker saga, Woody had a nephew named Knothead. He was a smartass who stirred up plenty of mischief with his sister, Splinter. Webster’s definition is: “dull-witted blunderer: dumbell, simpleton.” In square dance, there are always four couples needed to form one dance square. As a way to follow the correct calls, two couples are referred to as “heads” of the square and the other two are “sides.” The “side” couples, by default, are not heads or “Knotheads.” It seems this use was an old cowboy’s play on words mixed with a healthy dose of self-deprecating humor. Nowadays, the word takes on a new meaning: dedication. To be considered a “Knothead,” you have to travel over 100 miles to attend the event and many come from much further.

“Having fun one square at a time” is the event’s punny subheader, suggesting a simpler time. a time when sober people could find enjoyment from doing something as simple as dancing. For Knothead Jamboree, the question remains if anything can be done to breathe a new life into this fading tradition. If organizers were to take cues from other successful dance parties, they’d betray the very foundations of wholesome sobriety upon which the tradition was built. Square dance might have a much heavier rotation of air horns, bottle service, MDMA, and skirts cut above the knee. Until then, we’ll see if culture’s flirtation with folk tradition catches up and surpasses the worshiping of all things modern. 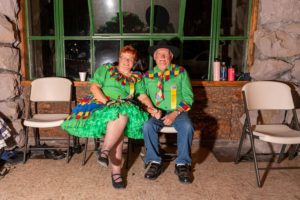 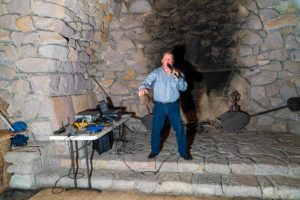 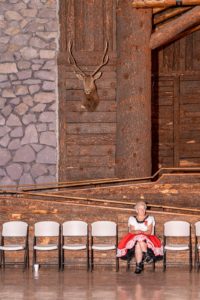 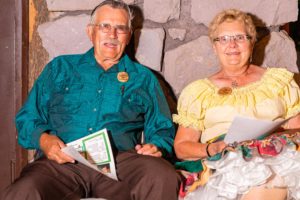 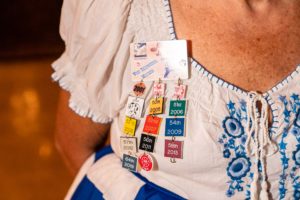 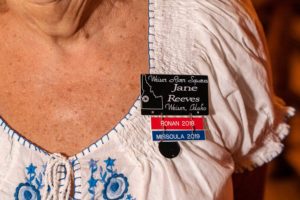 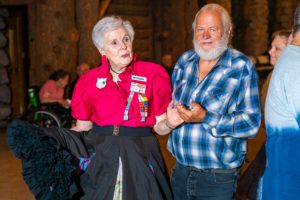 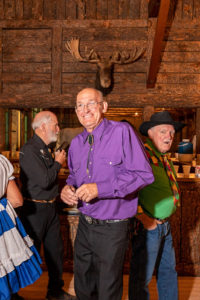