Document talks to six thinkers and creators across food, art, design, and tech about redefining how we experience the world.

Meet the Moncler Genius ‘geniuses’—talented minds and pioneers in their fields each with an insatiable desire to push the bounds. From 10-year-old coding wunderkind Revel Carlberg West to 75-year-old trailblazer of experimental theater (and MacArthur Genius fellow) Elizabeth LeCompte, these are the thinkers redefining how we experience the world, and demonstrating the potential within each of us to carve out new spaces for artistic and social endeavors.

A few weeks ago at our office downtown, Document gathered these six creators—who span food, art, design, and tech—and asked them how they define their ‘genius.’ 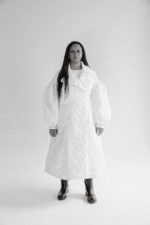 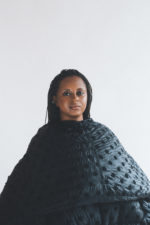 Inclusivity, comfortability, and visual appeal are just a few of the concepts Sara Zewde considers in her practice as a landscape designer. As a Harvard School of Design Graduate with a city planning master’s degree from MIT, Zewde is an expert in her interdisciplinary field. Her Harlem design firm Studio Zewde marries landscape architecture, public art, and urbanism. “Art gives me the language to expand beyond the cultural limits of architecture’s traditions,” Zewde explains. “Urbanism asks me to then go beyond the boundaries of my work to understand context, and think bigger. And, justice gives me an ideal to move all of these efforts towards.” Currently, Zewde is excited about the expansive design work at Graffiti Pier in Philadelphia, Pennsylvania, and believes it’s a hotspot of cultural production.

Born and raised in the American South, Zewde wrestled with the term ‘land’ her whole life. “The South is sacred ground—ground that is deeply tied to complex cultural memory,” she says. “Everyday, we walk a constellation of sites of trauma, of torture, as well as of joy, remarkable triumph, and immeasurable self-determination.” 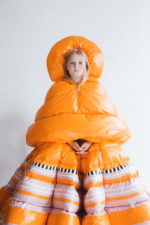 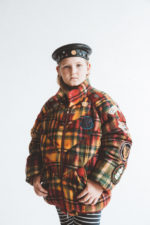 Revel Carlberg West, coder and host of the podcast The Hedgehog Odyssey

Crossing paths with a child coding genius may seem unlikely, but even the most skeptical grown-up would have to agree that Revel Carlberg West’s computer savvy expands beyond the typical ten year old—and probably most adults. Drawing inspiration from his father who is a working professional in the field, Revel learned Scratch, Python, Github, React, and other coding languages. Although his coding hobby stemmed from his father, Revel’s passion for coding is his own. “I don’t code to make my dad happy or to follow in his footsteps or anything. I do it for me,” he says.

Revel enjoys learning new things; “programming languages, science experiments, mechanical, whatever.” He enjoys the challenge and fun that accompanies coding, although mentions that his other interests include “recording video and performing in local theater.”

As a young person growing up in an age of digital expansion, Revel says “I think kids have always been interested in coding. It’s just that today, there are so many resources for kids to learn to code: free online courses, books tailored to kids, et cetera, so more kids end up learning.” He believes some people have used the term ‘genius’ to describe him because of his age, but doesn’t consider himself one: “I’m the same amount of ‘genius’ as anyone else. It doesn’t go to my head or anything.” 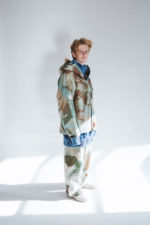 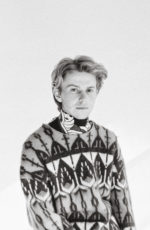 You might know Flynn McGarry as a teen-chef sensation, or “the Justin Bieber of food.” At 12, the extravagant 10-course tasting menus he hosted out of his Los Angeles home-turned-restaurant caught the attention of the New York culinary scene, and soon he was flown out to work alongside prominent chefs at renowned restaurants such as Eleven Madison Park.

Now 20, McGarry has grown out of the novelty, youth-based narrative—his Instagram bio reads “former teen chef.” His evolution is evident in his current culinary endeavor, a 12-seat restaurant on the Lower East Side called Gem. This past summer, McGarry took Gem on the road, after a period of feeling uninspired.

“It was very needed for Gem to progress,” he says of his time abroad. “We got to a place where the restaurant felt kind of stagnant, so it was incredibly helpful to get new inspiration and a new burst of energy. I was really influenced by the energy of the restaurants I ate in in Europe, they felt so genuine and joyful and tried to focus on that since I’ve been back. When asked how he feels being referred to as a prodigy, McGarry is modest; “It’s a nice compliment, but I don’t think too much about it.” 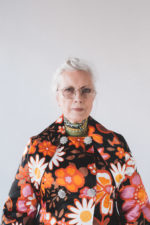 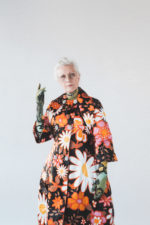 Elizabeth LeCompte is the artistic director and a founding member of the pioneering SoHo-based theater, The Wooster Group. Among her awards, Elizabeth has received a Macarthur Genius fellowship, a Guggenheim fellowship, and a Rockefeller Foundation fellowship.

Since Wooster’s founding in 1975, Elizabeth has directed critically acclaimed original work and reworked classics. Pushing the conventions of Western theater, Elizabeth’s intrepid artistic sensibility combines and traverses different eras, literatures, and cultures. Her 2002 production Phèdre is a case in point—badminton, Greek tragedy, and mid-century West coast architecture all swirled together.

At a LeCompte play, you can expect audio-visual art, mesmerizing set-designs, and an otherworldly approach to storytelling that rattles not only the logic of theater itself, but the logic of American society. She sees the theater as a three-dimensional canvas to be investigated, shaped, and edited according to what feels pleasing and politically urgent. 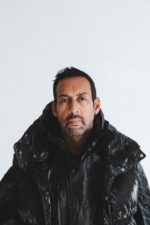 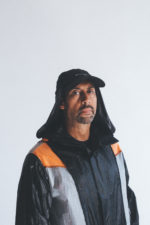 Following his years at Berklee and the New England Conservatory, Sanchez toured with Dizzy Gillespie’s United Nations Orchestra, recorded for the Grammy-nominated album Motherland, and was invited to join the legendary Pat Metheny Group as the drummer after a series of auditions. In 2006, Sanchez joined the faculty at New York University and released his first solo album in the following year called Migration.

Sanchez’s extensive solo records include the critically acclaimed epic The Meridian Suite, the star-studded album Three Times Three which features Sanchez in three trio settings: one with pianist Brad Mehldau and bassist Matt Brewer, another with guitarist John Scofield and bassist Christian McBride, and the third with tenor saxophonist Joe Lovano and bassist John Patucci. Bad Hombre is a sociopolitical electronica and drums exploration, where Sanchez transforms political angst and frustration into a gripping musical epic. 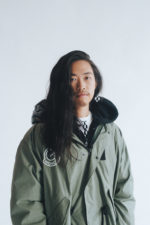 Francis Tseng, a Brooklyn based web-designer, has been creating simulations, designing AI systems, and developing software applications since the adolescent years of his life. His research includes how algorithmic systems relate to personal accountability and self empowerment as well as the rhetoric of sabotage and traps.

“[I] recently joined The Code Cooperative, which works to build tech literacy and computer skills with communities impacted by the justice system,” Tseng says. “Big tech is not at all shy about working with the police, ICE, prisons, and other apparatuses of the carceral state. A better understanding of how these technical systems work can provide a stronger basis for challenging their illegitimacy.” He concludes, “Learning more about how these technologies work and how to build alternatives is key to breaking out of that system and building more autonomy within communities.”

As a fellow at Jain Family Institute, Tseng is currently developing a piece examining the social and environmental harms resulting from demands for metal and assisting with a research project related to higher education financing. However, in regard to his association with the term ‘genius,’ the multifaceted coder says, “I think the term obscures more than anything else… I don’t especially identify.” 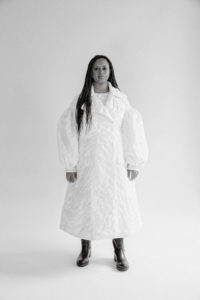 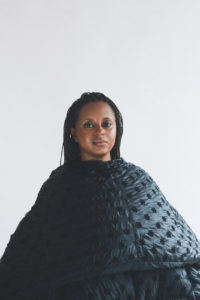 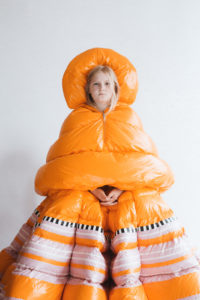 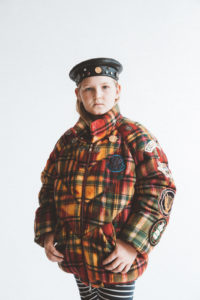 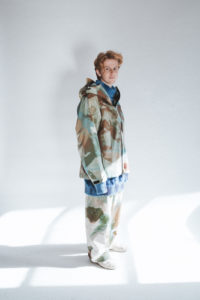 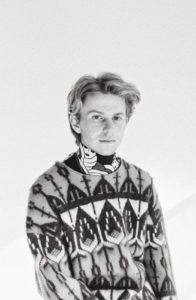 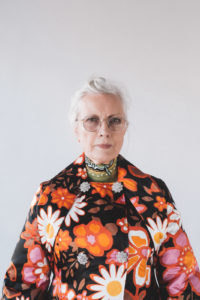 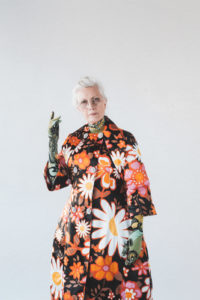 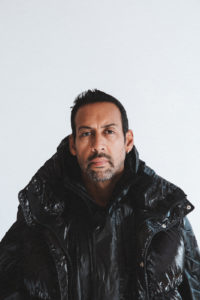 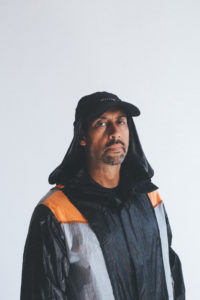 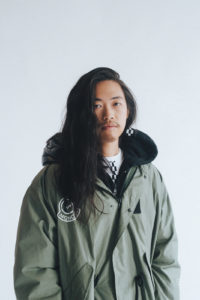