“Put on this Dior.”
“Let me help you with those Prada boots.”
“Is that Gucci?”

With an upwards twirl of a nude-pink lipstick tube, we are transported backstage into the dim, flickering light of a strippers club dressing room. Shot on 16mm, Lucian Clifforth’s short film Dressing Up considers themes of female nudity, the male gaze, and physical and emotional perceptions of confidence, presenting women in a luxurious, empowered light.

Opening with backstage footage of the dancers as they doll up for their evening show, their conversation plays with themes of financial stability and sustainability, touching on their economic and environmental concerns. Rather than being objectified by male voyeurs once onstage, the women are admired for their luxurious style, sharp attitudes, and coy personalities. Subverting traditional perceptions of the strip club as a dehumanizing space, Clifforth’s strippers glisten in the vivid hues of the musty club, receiving designer gifts rather than dollars, and more concerned with their sustainable energy investments and vegan jackets than getting anyone off. 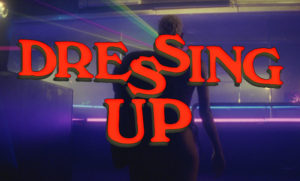 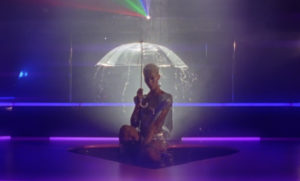