Photography by
Will Grundy

As the secondhand fashion market is poised to outpace fast fashion, Document celebrates sustainability with a fashion portfolio of exclusively used clothing

The last new piece of clothing I bought was a fuzzy white sweater from the picked-through carcass of a closing American Apparel three years ago. Since then, limited finances and the vague sense of environmental responsibility that also fuels my vegetarianism have moved me to buy exclusively secondhand clothing (except underwear), an easy transition given the existence of Poshmark, ThredUP, Ebay, Depop, Mercari, and The RealReal, and the fact that Buffalo Exchange and Crossroads are conveniently located on my commute home. Evidently, I am not alone—last month Forever 21 declared bankruptcy, announcing it will close up to 350 stores around the world and shutter operations in 40 countries. Forever 21’s plunge in sales has been attributed to the rise in e-commerce and its failure to seduce Gen Z with low price tags. While my generation, raised on aspirational, morally ambiguous Gossip Girl, The Hills, and The Clique, could be tempted by a $10 sweatshirt printed with ‘Chill’ in Calvin Klein’s skinny Helvetica or $25 rag & bone bomber jacket look alike (I stand by that purchase; it got me my one and only compliment from a supervisor when I was an 18-year-old fashion closet gremlin at Esquire), the generation of authenticity, individuality, and Greta Thunberg has a stronger “B.S. meter.” Not even Forever 21’s naked attempt to replicate Vetements’ DHL virality with a USPS collaboration could save them.

Fast fashion’s sins are bountiful, from taking advantage of fashion’s lax intellectual property laws to being complicit in dangerous (catastrophically deadly) factory conditions. Then there are the environmental implications of producing massive quantities of virtually disposable clothing: the world’s dirtiest crop, conventional cotton, is incredibly water-intensive (2,000 gallons for a pair of jeans) and requires huge amounts of pesticides and insecticides; globally, textile dyeing is the second biggest water polluter; and the fashion industry as a whole produces 10% of carbon emissions.

After the clothes are made, shipped, stocked, purchased, and worn for a few months before they fall apart or are no longer in style, they either sit unused in closets or are thrown away. According to TRAID, a London charity and secondhand store network aiming to stop textile waste, the UK discards 300,000 tonnes of clothes a year. Meanwhile, clothing purchasing increased by 200,000 tonnes between 2012 and 2016. Andrea Speranza, Head of Campaigns and Education, claims that since TRAID launched its 23% Campaign the network has diverted 1 million items of clothing from the landfill. “This simple action to keep clothes in use has saved an incredible 412 million litres of water (equivalent to a tap running non-stop for 130 years) and 2,451 tonnes of carbon.”

Secondhand clothing is the logical successor to fast fashion—it scratches the same itch in terms of affordability and, due to fashion’s cyclical nature, trendiness. (Now that the skinny jean has been buried and eulogized, why buy a new straight-leg when you can get the desired fit from Levi’s found at your local Goodwill? Or, if you’re not in the mood for digging, hot off the legs of your favorite Depop starlette?) Say goodbye to that bright yellow bag of shame; according to ThredUP’s 2019 Resale Report, the secondhand clothing market will outgrow fast fashion by 2028. And the sustainably-minded Gen Z, more loyal to values than to brands, is leading this rapid growth rate—the demographic has seen a 46% increase in secondhand purchasing over the past two years.

In the wake of the soggy paper straw phenomenon, much has been written about the futility of individual consumer choices and the cynicism of corporate greenwashing. But Gen Z, endowed with steely convictions, superhuman B.S. detectors, and worldwide environmental protests is proving its collective power when monoliths like Forever 21 fail to meet the standard.

The following is a fashion portfolio by Will Grundy and Beatriz Maués, founders of Thrift, a zine that exclusively features secondhand items. 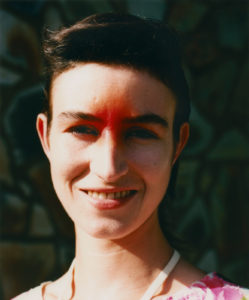 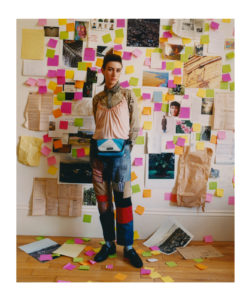 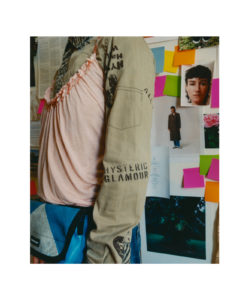 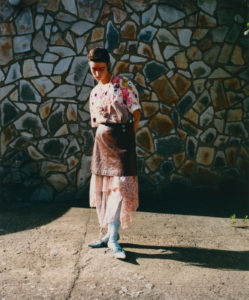 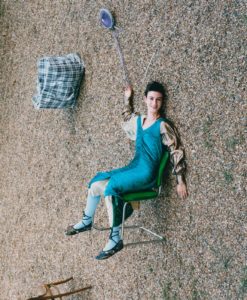 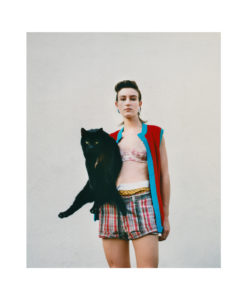 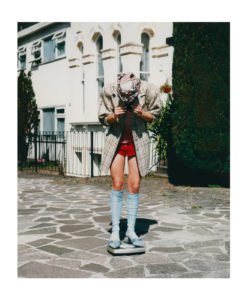 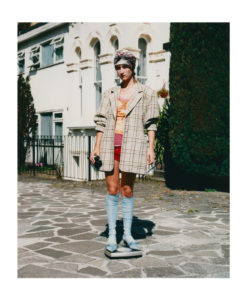 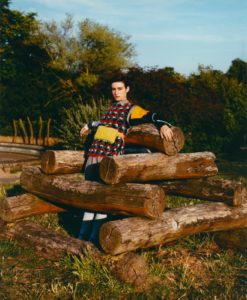 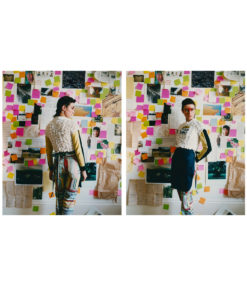 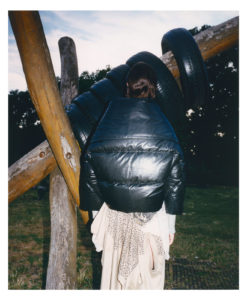 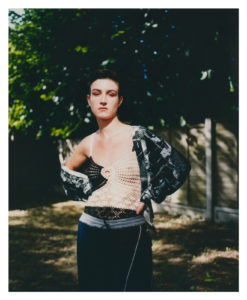 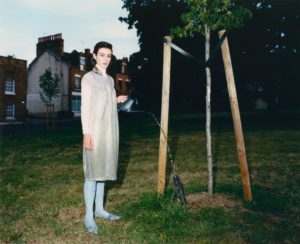