‘Bill Saylor is one of the last natural ones. The last wild man. I don’t think people are having kids like him anymore.’ Justin Lowe, Walter Robinson, and more speak on how Saylor's art forms an urgent call to environmental action.

Bill Saylor paints in a gestural code rooted in history that dates back to 4,000 years ago, when prehistoric humans painted on cave walls, carrying with it the abstract expressionism that originated in New York in the 1940s and ‘50s. But Saylor honed his own practice in the Brooklyn of the ‘90s, the Brooklyn that came decades before Whole Foods and Apple planted their roots on its streets. The figures that form from Saylor’s abstraction demonstrate his concern for the anthropogenic environmental distress that is destroying the Earth’s flora and fauna. His latest exhibition, Neptune’s Machine, is on view at Magenta Plains through October 23, the same date the catalog for the show will be released. Neptune’s Machine pays homage to the world’s oceans, the ecosystem that also acts as the planet’s lungs, generating the air that we breathe. Echoes of fish, seahorses, squid, and other ocean wildlife appear throughout Saylor’s work, doubling as an urgent call to action. 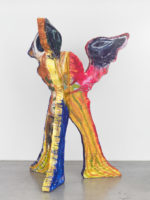 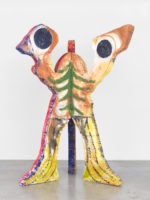 Saylor is an artist’s artist. So much so, that artists Alex Katz, Josh Smith, Kenny Schachter, and Sadie Laska included Saylor’s work in group shows which they curated. In the early aughts, Saylor formed relationships with a circle of Brooklyn artists who include Smith, Joe Bradley, and Katherine Bernhardt. Many of them also collect his work.

Walter Robinson—“Bill? Doesn’t he come from a small town in PA? Like, Appalachia? The Marcellus Shale? With like 10,000 active fracking wells? I hope so, since that’s what I get from Bill’s paintings, a stew of down-home folk culture all mixed up with ancient Ptersaurian spirits that rise up from those deep wells. All that gives his work this atavistic charge, and ties our reptilian brain to the primordial earth. It’s an uncanny feeling, really. Know what I mean?”

Justin Lowe—“Bill Saylor is one of the last natural ones. The last wild man. I don’t think people are having kids like him anymore. My understanding is that Bill makes most of his work outside in Pennsylvania near the woods. Which makes the paintings strange attractors and imbues them with something that is very personal to him and whatever ‘high weirdness’ is going down at that site. Which is to say that it can not be imitated and that you should not try to do this at home!

The creatures in his paintings seem recollected from an interim space that changes faster than you can catch your breath. A cryptozoological ‘who’s who’ of the regulars creeping around Cthulhu’s domain. This is Bayside voodoo. If Captain Beefheart and his Magic Band were performing at Jack Smith’s lagoon, it is their presence you feel, that you think you see the shadows of, but definitely can’t confirm that you did in fact see them. Only Bill sees them, they however, definitely see us.” 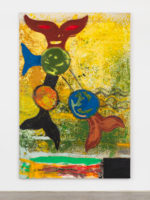 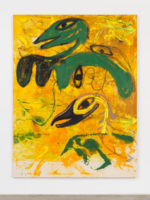 Jeff Elrod—“I met Bill Saylor in 2001 in New York when he had a show at Leo Koenig Gallery on Franklin Street right before 9/11. I had just joined the gallery after the untimely closing of Pat Hearn Gallery. I do remember being slightly intimidated by his paintings at the time but I immediately liked Bill and we became friends right there.

Bill is steady, always working. Direct. No pussyfooting. He’s the kind of artist that makes you think you don’t work enough or work hard enough. He is also the nicest guy in the world. That 2001 show was downright wild. I thought the paintings looked like something conjured from a seance. They were haunting, as if ghosts painted them. Muddy apparitions with little existence marks and stains scarring the surface like something trapped in a mirror. They had no exit. I loved them. His paintings are the visual equivalent to eating Pop Rocks to me. Sweet but gnarly. Laden with crypto-demonic cartoons in thick opaque paint that make you want to eat them. I think of Bill’s paintings as an antidote to all strategic painting. They breath life.

Chris Martin—“Love Bill and his work.” 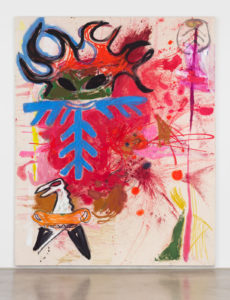 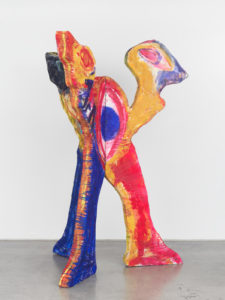 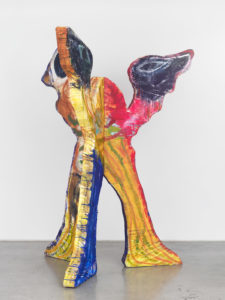 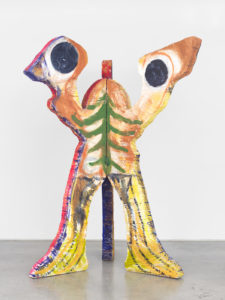 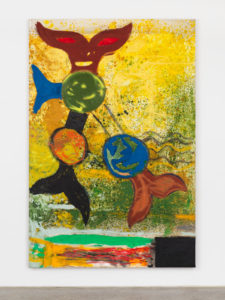 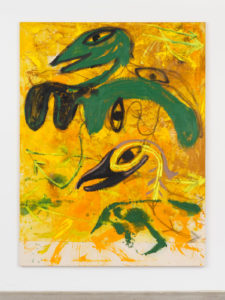 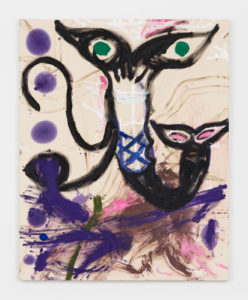 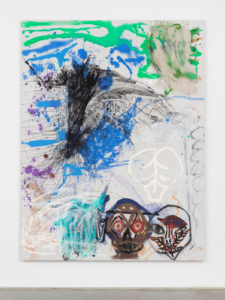 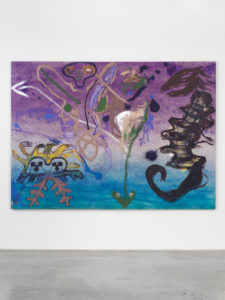 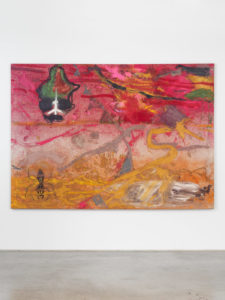