Meet the first fashion publicist everyone wants to be friends with.

“I know Gia,” one cried to the gatekeepers at the door.

“Gia!” another one yelled, trying to get her attention.

That “Gia” is Gia Kuan, the PR maven behind many of New York fashion’s most popular labels, like Telfar, Area, and Puppets and Puppets. That night, Kuan was actually three people. One of her team was at her computer managing incoming iChat messages, another was answering her phone, and then of course, there was the real Kuan, trying to maintain calm during a state of chaos. “It’s definitely a balancing act,” she said. As public relations shifts due to the decline in print media, increase in influencer marketing, and oversaturation of emerging labels, Kuan is redefining what it means to be a publicist in 2019, and her expertise helps her brands thrive in a competitive market.

Kuan spent her formative years in New Zealand, but one would never guess by her American accent. She was born in Taiwan, and lived there until she was five, when her parents, who both studied Spanish at university, took her to the Dominican Republic. Kuan became fluent in Spanish, although she has since lost command of the language, while her father worked for the Chinese Embassy. After elementary school her parents packed up their bags again to move to New Zealand, where she stayed until she graduated from high school. After, she headed to Australia to attend Melbourne University, where she started studying law and communications. “After the first year, I didn’t want to do it, so I dropped out of law, and I continued with my communications degree and art history, and a sociology minor,” said Kuan. 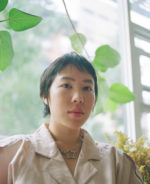 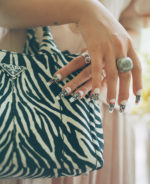 After graduating from university, Kuan found herself drawn to one of her passions: food. She photographed her meals, and interned in the recipe departments of food magazines. “I would be in the test kitchen, filing recipes for the critics,” she recalled. “Australia is an amazing country and Melbourne is really cool,” said Kuan. “But it’s also quite like insular in the sense that, because there’s not as many job opportunities out there in the fashion industry, it’s very cliquey. I didn’t actually have a fashion background.”

Kuan paved her way into the fashion world at a now-shuttered concept shop in Melbourne called Assin that carried labels like Rick Owens, Ann Demeulemeester, Junya Wantanabe, and Comme des Garçons. “That was, like, my entry to luxury fashion,” said Kuan, who craved the intensity of New York, and took a leap of faith by applying for a postgraduate course in fashion marketing at Parsons. She was accepted, and she soon made her way to New York, a city she hadn’t visited since she was five. “I didn’t know anyone,” remembered Kuan. “My parents were like, ‘Are you sure you don’t know anyone in that country? It’s 24 hours away. And we don’t have any relatives in the States.’”

In New York, the precocious Kuan would thrive. Her first internship was at PR Consulting, where she worked on Nina Ricci, Proenza Schouler, and the H&M X Lanvin show. Then she had stints at Tom Ford, and with street style blogger Scott Schuman. “That blog defined New York style, and had a really great thing at the time,” she recalled, remembering the pre-Instagram era when linear blogs were the internet-era’s source of fashion. Kuan ended up at Comme des Garçons, working with the PR team in New York. “That was incredibly lucky,” she said. When Rei Kawakubo opened Dover Street Market in New York, Kuan worked on that too.

“Thinking back, I really took a lot from that, because that was really the portfolio of designers that I was always really, really excited about, so it was it was a lot of designers ranging from like New York to London to Paris,” said Kuan. Dover Street Market was cultivating then-unknown labels like Jacquemus, Craig Greene, Molly Goddard, and Simone Rocha. “At the time, it was great, because they didn’t have so much of a US presence,” said Kuan. As an events photographer on the side, Kuan found herself shooting at events run by Nadine Johnson, the PR legend who worked with Chanel, Armani, The Whitney, and more. “ I was really, really drawn to what she was doing,” said Kuan. “I actually had cold emailed her so many times.” Johnson finally offered Kuan a gig in her art and culture department, returning Kuan to her art history education. She would end up leading the department, but during her time there, fashion came calling in the form of an opportunity to do the PR for Area’s first New York fashion show in February 2017.

Kuan knew the stylist, with whom she had worked during her time at Comme des Garçons. Kuan already knew of Area and loved it, and the stylist asked if she had ever done a fashion show. “I’ve done a lot of, like, allocation with different types of events, but I’ve never done a runway show,” Kuan recalled. “I saw the planning of that for Comme des Garçons, but I never went to Paris and never really did it myself,” she recounted. For the first time, Kuan ran a fashion show, in the decrepit Wolcott Ballroom on 31st Street and Fifth Avenue.

“Because it’s a small team, all of these brands I work with, they kind of start out as friends and collaborators,” said Kuan. “And everyone’s starting out together. So you’re growing together as well. Definitely, looking back, there’s things I would have done better, like, there’s gives and takes for each show.”

Kuan’s roster was growing steadily. Telfar became a client, and the first event she did for the brand was an intimate dinner for 30 people at Hotel Americano. Her next event for Telfar, a massive party by his apartment at the Lefrak City Projects in Queens to celebrate Telfar Clemens’s White Castle capsule collection, of which proceeds would go towards the Robert F Kennedy Human Rights — Liberty and Justice fund to bail minors off of Rikers Island. The celebration came complete with a performance by Cam’ron, and that worried the NYPD, who revoked the permits just days before the event due to fears that violence would ensue. Luckily a venue was secured in Bushwick just in time to continue the festivities as scheduled, and the event ended up going smoothly. “That was really an effort of the production team,” said Kuan. 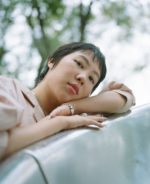 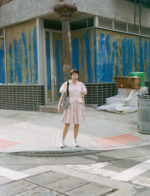 Finally, at the urging of producers with whom she worked, left Nadine Johnson to start her own PR company. Her secret to helping launch fashion’s hottest emerging brands? “I personally really believe in them,” maintains Kuan, who also makes sure to give them the right advice, like not to go after too much press if they’re not ready to produce enough clothes to meet the potential demand. She also makes sure to ask what the click-through rates are from article to actual sales, so she gets an idea of how exposure leads to revenue—the most important aspect of keeping a fashion brand afloat.

Despite her success as a fashion publicist, Kuan still finds time to explore her other passions through WHAAM!, a salon series focused on New York’s subcultures through literature and visual art founded with her fiancé Anatoly Kirichenko. That started out as a New York-centric book club, featuring titles like Kitchen Confidential by Anthony Bourdain and Just Kids by Patti Smith, before evolving into a gallery that showcases emerging artists like Jonathan Puglia, Sarah Yukiko, and Gisselle Wilson.

This New York Fashion Week, Kuan has ten events, including Telfar, Area, Susan Alexandra, Puppets and Puppets, and Barragán, and Kuan and her team are ready to keep going for one of their busiest weeks of the year.

As for that Telfar show last February, everyone who was supposed to be there eventually did make it in, and the performance-come-runway show also churned out the first fashion show mosh pit in recent memory, at least according to seasoned fashion writers Booth Moore and Robin Givhan and another industry veteran, creative business consultant Julie Gilhart. How did Kuan manage such a hectic crowd waiting behind the ropes at Irving Plaza? “I try to keep as calm as I can,” said Kuan. “In those situations, especially when you’re leading a team and everyone’s under a lot of stress, you can’t freak out. PRs, you’re the last line of defense.” 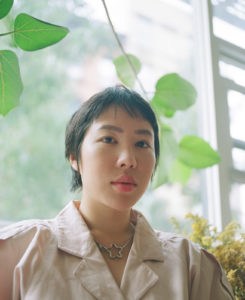 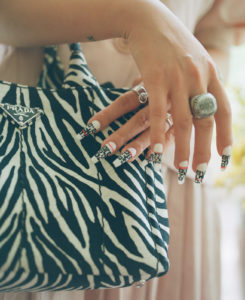 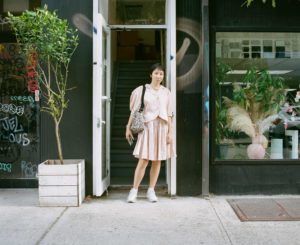 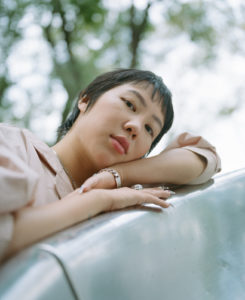 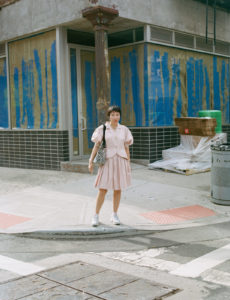