“You are unlocking a secret garden." A new exhibition in Los Angeles investigates notions of authorship, identity, and inspiration.

A group show in Los Angeles, opening September 12 at HVW8, investigates the interplay between language, visual expression, and personal evolution. For Thoughts become words, words become images, curator Anais Ngbanzo gave artists from across disciplines full creative freedom to develop a visual-literary narrative—enlisting established talents, including Dev Hynes and Gia Coppola, and rising stars, like Kelsey Lu and Lily Gavin. Drawing upon their interpretations of the novels and poetry that shaped their practices, the artists explore notions of authorship, identity, and inspiration.

Dev Hynes selected Ceremonies: Prose and Poetry by the late 1980s poet Essex Hemphill as the basis for a four-channel film titled, Hope, while Gia Coppola selected Victory, Joseph Conrad’s psychological thriller. “One of the main characters of the book, Lena, is such a strong female lead,” Coppola said. “I remember meeting Maya [Hawke] and thinking that she reminded me of this woman on many levels. She’s the strongest young woman I have met to date.”

Some of the artists took a more conceptual approach. Kelsey Lu, who will show her poetry film, Man’s Best Friend, spoke of the influence Maya Angelou had on her practice. “Maya Angelou has always hit me in the gut, no matter what,” she said. “I looked into her writing and I remember not being able to stop, It pulled me in so many ways and gave me the space I needed in order to express all the things that were happening to me at that point in my life. It still does so. Her voice is a beacon for me, a guiding light that is as undeniable as the Sun.”

More than attempt to visually represent the details of the writing, the works on display attempt to capture the sense of recognition—the familiarity and freedom—of rereading your favorite book and diving deeper into its meaning. As Lu explains, “You are unlocking a secret garden.”

‘Thoughts Become Words, Words Become Images’ will be on view at the HVW8 gallery in Los Angeles from September 12 through October 13, 2019. 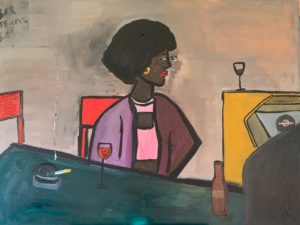 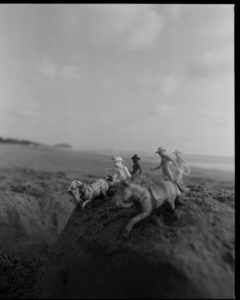 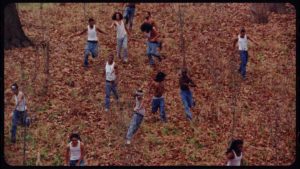 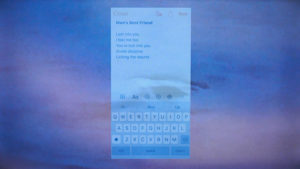