As environmental activists take a last stand against powerful interests, indigenous groups are on the frontline.

Protecting land from fracking, logging, and mining is a dangerous form of resistance. Last year 164 people were murdered defending land otherwise earmarked for lucrative minerals, energy, or raw materials. The figure comes from a new report by Global Witness and is the first time the NGO has documented the entire impact of violence, threats, and legal action against land activists, revealing indigenous populations are most at risk of losing their lives.

The term “Land defender” encompasses both farmers fighting for their livelihoods and campaigners trying to protect our natural habitat, and the threat of physical violence and legal attacks are felt by both. Timber, palm oil, and minerals are just some of the products companies and criminal gangs alike are prepared to kill for, and in places like Mexico where 14 people died defending land in 2018, it’s also aggressive lawyers and private security companies forcing people to choose between their lives and their land.

One of the biggest connections to come out of their research is evidence of a significant crackdown on environmentalists and land defenders under populist, strong-arm governments.

Jasily Charger, an indigenous land activist on the frontlines of Standing Rock. Still from Levi’s® Film Jasily: Activist of the Land, On Youtube.

The most violent place, according to Global Witness, is the Philippines, which documented more killings than in any other country. In total, 30 men, women, and teenagers were killed in 2018 while defending their land. The populist president Rodrigo Duterte is currently the subject of a potential UN investigation into his war on drugs, which so far has left over 6,600 people dead. When the president of Iceland recently called for the resolution into human rights atrocities in the Philippines, Duterte snapped that the remote north island had no idea of his country’s problems because all they do is “eat ice” and there is “no clear day or night”.

Brazil’s Jair Bolsonaro has also created a climate of fear for land activists by advocating to open indigenous reserves to commercial developers. This year, Brazil lost an area of forest bigger than Greater London as scientists continue to warn Bolsonaro of an impending environmental tipping point, destroying the Amazon beyond repair. Despite coming in at fourth most violent on Global Witnesses’ ranking, this is the first time the country hasn’t been at the number one spot since the index began in 2012.

And it’s not just mineral-rich forests and farms that need protecting. Over the past year, there’s also been a four-fold jump in the number of people defending water sources, as hydropower projects and dams kill-off fishing stocks and pollute already precious water supplies. By sector, overall, mining was the worst offending industry with 43 deaths, with agribusiness as a second at 27, and wind power as the lowest with one fatality. 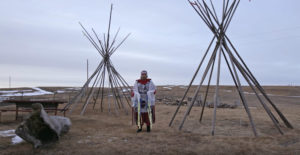