Document goes inside the century-spanning archive of Cubitts for a special fashion portfolio.

The first thing Tom Broughton ever bought with his first paycheck was a pair of glasses: specifically, a pair of Cutler and Gross 692s. “I don’t know why I spent all my money on them,” the founder of Cubitts tells me while sitting down in the offices above the eyewear manufacturer’s workshop in London’s Kings Cross. “But that’s what I did, and I was obsessed with them.” The obsession was a lasting one, and since his teenage years, Broughton has been trying to create the perfect pair of spectacles.

Unlike many fashion accessories, glasses’ main purpose is a utilitarian one—they’re lifeline at the end of the noses of those who need them. In England, they’re even intertwined with the development of the National Health Service (NHS), and a hallmark of the country’s voyage into socially progressive healthcare. During the birth of the modern-day British health system in the 1950s, the NHS gave out free eyewear to people who needed their vision corrected– regardless of their income. Affectionately known as “milk-bottles,” they featured glass as thick as the bottles left on doorsteps by milkmen. “There were a set number of NHS styles,” explains Broughton. “Seven styles for the whole country: man, woman, child. But all the elements were available in, like, six or seven sizes: eye sizes, bridge sizes, etcetera. So they may look similar, but it’s actually tens of thousands of combinations of these things.”

It’s this admiration of the mechanics of glasses, from both a health and a fashion perspective, that Broughton has built Cubitts on: “To me, the three most important things are shape, fit, and construction—and having something that could be fixed and repaired is [also] really, really important.”

Cubitts’ wholehearted devotion to glasses, spectacles, eyewear—whatever you may call them—is palpable. Companies like Luxottica (an Italian monolith of the glasses’ world, owning everything from Sunglass Hut to Armani and Versace) tap into our desire for a relatively affordable piece of luxury design, whereas Cubitts urges a more meditated product.

The company began at Broughton’s kitchen table and was officially founded in 2012. After years of hard work and a series of stellar celebrity endorsements (Nick Hornby was one of Cubitts’ first clients), Cubitts now has eight stores across London. Last year the company curated an exhibition of glasses in London, detailing the last half-millennia through frames, lenses, and designs. “Did you know that some of the first people to wear a form of glasses were the Inuits?” Broughton asks me as he goes through his esoteric collection of frames. “They needed something to stop them from being blinded by the sun and snow.”

A flood of knowledge, gained through meticulous research, seems to pour out of Broughton every time he opens his mouth. Part way through taking me on a whistle-stop tour of Cubitts’ archive, he passes me a delicate looking pair. “This one is made out of human hair,” he tells me before swapping them for another made out of wool. “We also made a pair from concrete, for the brutalist fans,” he says, “but as you can imagine they were a bit difficult to wear.” Later on, in the Cubitts workshop, he shows me a few early experiments in making frames from coffee and potato. I ask if there’s a chance they’ll degrade. “Quite possibly” replies Broughton.

For the exhibition, Broughton wanted to create a pair of glasses that perfectly represented London. Since the 18th century, people have been wandering alongside the banks of the Thames river trying to find anything they could sell—a pastime known as “mudlarking.” So when Broughton was looking for a material truly unique to London, he knew he had to go mudlarking. “Here is someone’s tooth,” says Broughton as he shows me the heaviest pair of glasses I think anyone has ever held. Encased in resin, they’re a slice of the city’s history. “There’s even a bullet shell,” Broughton continues. “I wanted it to be as varied and diverse as London is.” 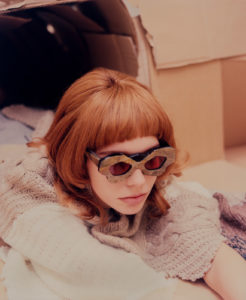 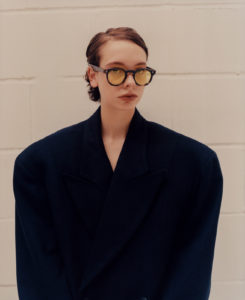 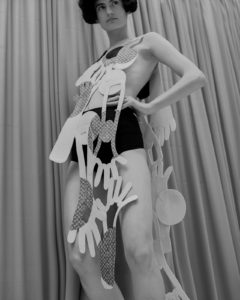 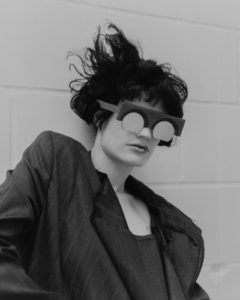 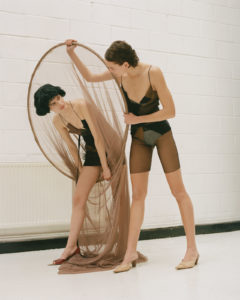 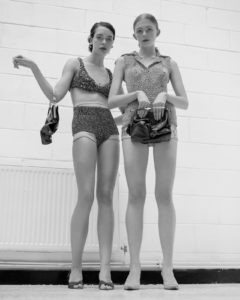 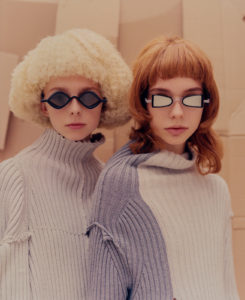 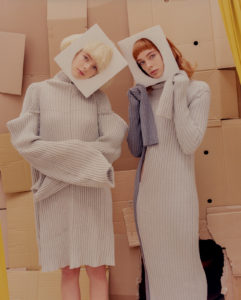 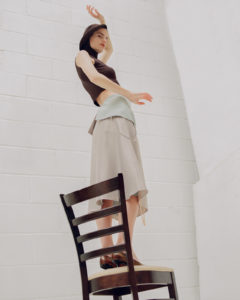 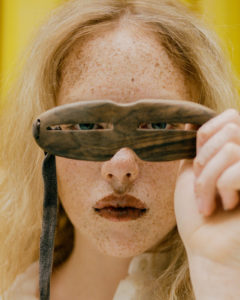