As a photographer, I’m obsessed with certain models. Or maybe, obsessed isn’t the word, but I at least keep tabs on them. And so, when I found out Julia Campbell-Gillies, a South African-born British model whom I’ve long adored, was doing a brief stint in NYC, I knew I had to seize the opportunity to work with her. And so, I proposed that we drive upstate, park by the side of the Long Island Expressway, and make some pictures. Five minutes into the drive, it became clear that this wasn’t just a shoot—we had a lot to talk about.

Emily Lipson—Why did you agree to go upstate with me for the day, knowing that I could have kidnapped you?

Julia Campbell-Gillies—I felt like I was gonna write a lot about New York, and I thought there were gonna be a lot of things to write about—and then there weren’t that many things and it was just sounding really trite. So then, even if you did kidnap me, I thought, ‘Well, this could be something to fuel the poetic fire.’

Emily—I kind of want to go back to your background growing up in South Africa. When did you start modeling? What was it that pulled you into the art world? Like, what made you think about art more seriously?

Julia—I was scouted when I was 17. Art definitely came before fashion. I was scared to be thought of as stupid—I think, in more traditional places, [people think] liking fashion makes you stupid—like it’s for stupid girls playing dress-up. It’s fascinating how obviously incredibly wrong that is, and biased, and completely unfair. It took me a really long time to be openly excited about clothes and the industry and making pictures because it felt insubstantial. But we’re all part of the fashion industry, no one goes to their important job naked.

Emily—It’s like that scene in The Devil Wears Prada where Andy has the argyle blue sweater and Miranda explains to her why it’s important and how the fashion industry actually affects everyone.

Julia—Absolutely, yes. Of course it does. And on a broader, more serious scale, the fashion industry is destroying the planet. It’s part of our lives in the way we all walk around not naked, but it’s also affecting all of us in that if we were all more engaged with fashion in a cerebral way, we’d take a lot more care about where things came from and how long something is gonna last, you know? And if the person who made this had, like, a lunch break. I think we really need to destigmatize fashion because it’s crucial to the survival of every single person on the planet, not just shi-shi girls in London who can’t get a real job.

Emily—That’s really interesting. Do you think, as a person exploring photography, or someone who is interested in photography in the way that you are, fashion becomes sort of limiting? To have a career as a photographer, there’s this expectation that, like, you have to shoot ad campaigns to make money and editorial to stay relevant. And it sort of becomes this thing where you’re under the jurisdiction of the fashion industry instead of being a totally autonomous creator of your own.

Julia—I mean, I think relevance is a really interesting idea in photography, because you need to ask yourself who you’re taking photos for. For example, if you’re taking photos for Instagram, you have to take a fucking lot of photos and you need to keep posting them, and those photos are just going to have to really keep fucking coming, because the attention span of people today is just, like, goldfish. So, you know, the question for me is not, ‘Are you at the mercy of fashion as a photographer?’ Instead, I guess it depends what kind of photographer you want to be. I like the photos of my mom and dad traveling around America on their honeymoon—to me, those photos are as important as the best fashion images.

Emily—So the most important images to you are personal, then? Relics of family moments, intimate moments, and memories with loved ones?

Julia—Yeah, absolutely. I think those photos taught me a lot about how you need to understand your audience in photography. If you try to make important pictures for every single human being in the world to see, then go and take pictures of the skeletal polar bears. But anything less than that, you’re gonna have to pick who you care about, and not everyone is gonna get it. If you want to make a lot of money out of images, yes, advertising is the way to go. But if that is what you want to do, I would say specialize, and hone in on your vision, and make it into something definitive and recognizable…That’s why, for me, at 23, I’m not ready—I’m not ready to assert my aesthetic onto people because I don’t know what [that aesthetic] is yet. 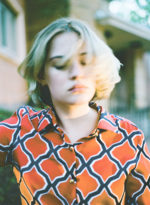 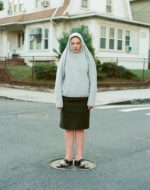 Emily—What, aesthetically, are you drawn to? If you were ready now, what would the approach be?

Julia—I would take more pictures of people that I love, and find a way to make them feel more comfortable with me taking pictures of them. If I were, like, a big photographer right now, I would be building 30-foot landscape sets. I’m very interested in still life and a big part of my aesthetic influence is the balance of arranging nature. I could happily use photography as a medium for recording the stuff that I do with flowers and gardens for the rest of my life. I love the technical side of photography, but for me, it’s not as much about the result. The memory is the most important part.

Emily—Yeah, that’s really, really interesting. I really relate to what you said of—as a photographer, your goal doesn’t need to be at the mercy of fashion. You could make your goal just to have these relics, or these images for yourself. You might recognize that a lot of that imagery may not speak to a broader audience, but if the power in the images is for your own self satisfaction, then good for you. Photography doesn’t need to be this tool of universality. That’s sort of this arbitrary thing we’ve kind of grown toward—even with Instagram and social media, the goal is always to go viral: ‘How can I do something as popular as possible?’ But what about the opposite priority?

Julia—Exactly. If everything’s gotta resonate with everyone in the world, I just think that’s very stifling for a lot of artists. A lot of people undo their idea prematurely because they just don’t think it will impress enough people. I think that especially now, when there is the possibility of, ‘This could go viral, and this could change people’s minds, or this could be the thing that makes me famous.’ It makes it very daunting every time you want to post something.

Julia—Yeah, and I think so now more than ever. Like, this call-out culture is absolutely terrifying. It’s really easy to feel daunted by the prospect of maybe having accidentally copied something, which happens a lot to people these days. When you’re seeing so much, how is it possible to be original?

Emily—Yes, and I have that too. As a photographer and as a producer, I constantly have this thought in my head where I’m challenging myself to ask, ‘Where have I seen this before?’ And if I haven’t seen it before, it’s a good idea, or an idea that will at least stand out. [Otherwise] I’m like, ‘This is just not groundbreaking and I don’t want to do it because I’ve seen it before…It’s this vicious cycle you have to pull yourself out [before] you start doubting all your ideas and become jaded. But then you’re like, ‘Well okay, maybe there’s an opportunity in recreating this idea.’

Julia—Yeah, I mean, I guess that’s a big part of it. It’s like, how do you remain enthusiastic about something that relies on something we all have—our ability to see? 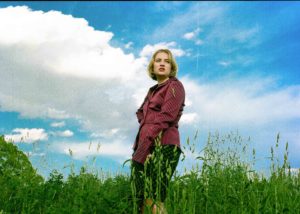 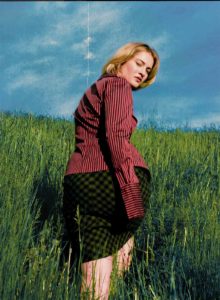 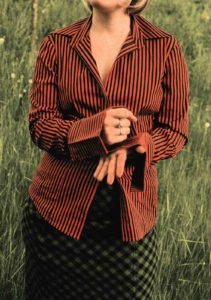 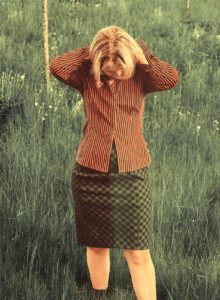 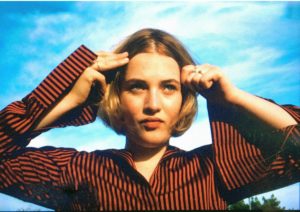 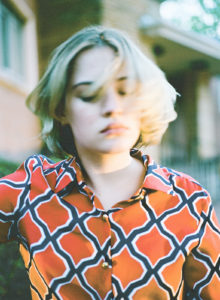 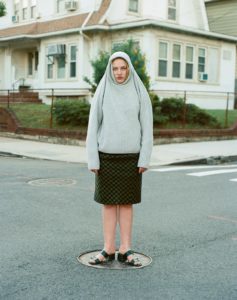