Over the past few decades, the world has witnessed the commercialization of pride, which although it has aided in raising awareness for the LGBTQ+ community at large, often centers the focus on its more socially affluent corners. While raving in Tel Aviv or voguing in NYC (home to two of the world’s biggest pride parades) it can be easy to forget that there are many of us who still need fighting for, more bricks to be thrown (following Marsha P. Johnson’s démarche), and places where queer love and self-identification are not rights but crimes.

June 29 in Milan marked the city’s annual pride parade, where—for the first time in history—a safe space was carved out for LGBTQ+ refugees and immigrants. Italy’s largest gay association, Arcigay Milan, had organized this space as part of its project IO: Immigrazione e Omosessualità [Immigration and Homosexuality]. During the afternoon’s procession, Arcigay rolled out a float (with an ironic theme of “the boat/the sea,” in allusion to the preconceived mode of transport for refugees) that radiated unitive energy from all the members, comrades and advocates in support of a greater cause. Diverse cultural music, dance and verve, in turn created a sort of liberal kindred bright enough to outshine any right wing shadows in its path. Document was able to witness and record this historic experience, and to have a brief chat with a few of the float’s participants, asking, “What does pride represent for you?” 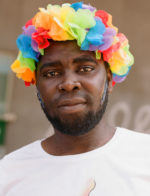 Raoul, 25
“Where we’re from, pride isn’t a notion that even comes to mind, because homosexuality is forbidden. So this is a period I hold very dear with much happiness, having been able to freely express myself however and whenever.” 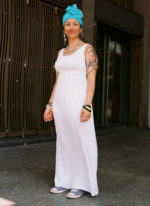 Liz, 31
“Pride, for me, is a day in which we celebrate our gratification and dignity as members of the LGBTQ+ community. However, I believe it’s also important that during this day we remind ourselves of all the rights that we have not yet won, and especially how the concept of pride was born. It’s a day in which we remember Sylvia Rivera and Marsha P. Johnson, both women of color, trans women of color—who started the concept of pride. Of course, after all these years, things have changed, some of the meaning has been lost along the way. However, I believe it is our responsibility as people of color, as LGBTQ+ people of color, immigrants, refugees, to repossess the concept and bring it back to its original meaning.” 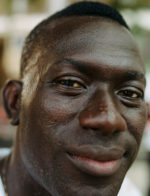 Mohammed, 24
“This is my third year [at] pride in Milan. What I enjoy about it the most is that it’s not only a time for us as LGBTQ+ people, but it’s a moment that draws together all different types of people, from many different social and cultural backgrounds, in song and dance. I am always very excited this time around because I’m happy that we have something so unitive in Europe, there’s nothing like pride in Africa.” 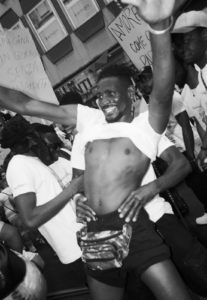 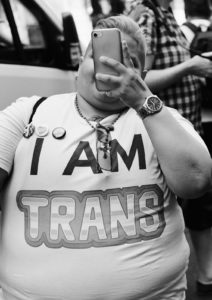 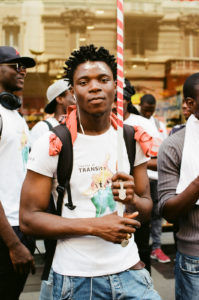 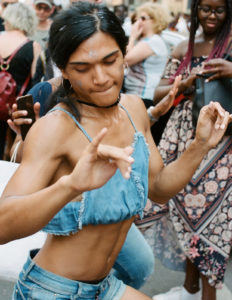 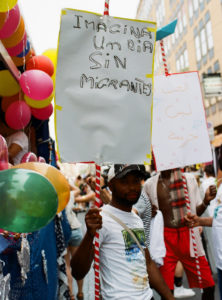 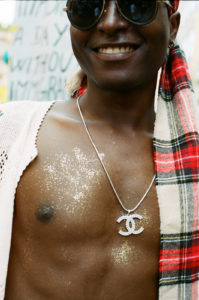 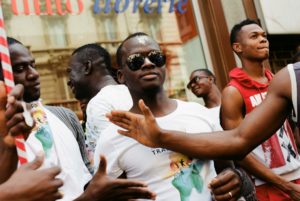 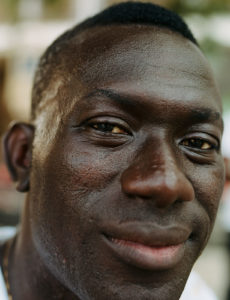 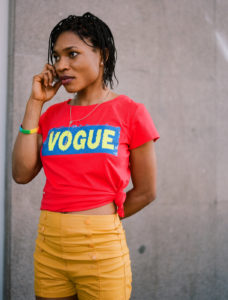 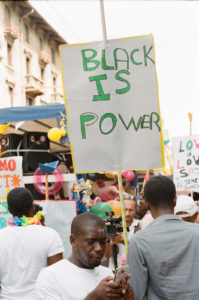 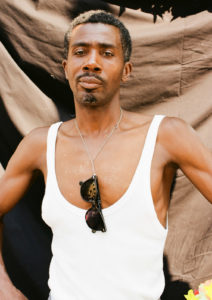 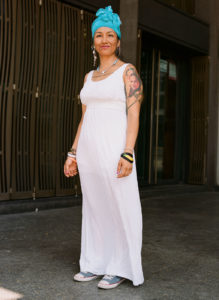 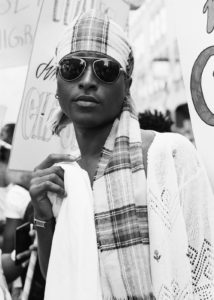 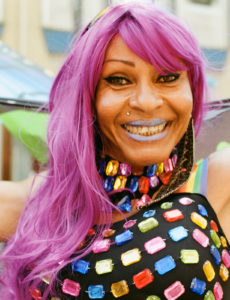 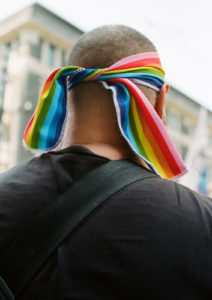 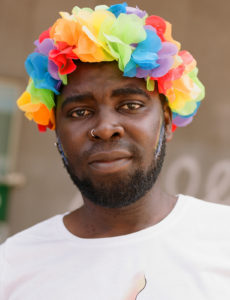