Text and Artwork by
Elisha Lim

Elisha Lim’s post break-up nightmares take many unlikely forms including, but not limited to, that of a giant bee. In their upcoming graphic novel, Lim explores this unfortunate relationship residue.  A Toronto-based artist, writer, and graphic novelist, Lim is currently pursuing a PhD at the University of Toronto on the sociological consequences of social media.

Their work springs from their experiences as a queer and transgender person of color and has garnered a series of artistic honors: their 2014 book, 100 Crushes, was nominated for a Lambda award; their short film, Hari, earned them a directorship award at Inside Out LGBT Film Festival and their stop motion film The Tie earned them best short at the Reel Asian Film Festival in 2014; and they have received multiple accolades and scholarships from their alma mater, the Ontario College of Art and Design University. In addition to their academic pursuits, Lim is currently working on their forthcoming graphic novel, 7 Dreams About You. The second chapter is excerpted here with commentary from Elisha below.

I’ve been blessed with wonderful lovers who, after our breakups, have emerged into cherished friendships. But not always. A couple of my breakups will haunt me for life, and sometimes I still have nightmares about them. ​7 Dreams About You​ is a graphic novel based on these, and this excerpt is the second chapter.

My hardest relationships started after I got famous on queer social media. Queer fame is a bolt of lightning that strikes and disappears as quickly as the turnover of each new gay generation. Queers of colour in particular, can’t lean on a formal institution or canonical lineage, so we spend a few seconds in the spotlight before a younger version of us claims to be the first to ever to exist.

My short gasp of fame was completely awesome. Hundreds of people liked my status updates. I went on international book tours, won film festival awards, and published my first graphic novel. Fame was a babe magnet, which was fantastic. I dated the sexiest androgenes I laid eyes on, charismatic, talented magical and wonderful. Twice I was part of a queer “power couple,” which was intoxicating.

Some famous power couples last, mine buckled in the social media spotlight. Each time we were passionate and lovestruck and gradually warped with jealousy and paranoia. I don’t blame my exes, I blame online platforms. Everything in our lives was ranked in order of popularity, in a landscape that trained us to think like brands instead of humans. I was battling my own lovers over our meagre fortune of social currency. My nightmares took the shape of instagram feeds. Now I obsess over the distorting power of social networks, it’s the subject of my PhD. Ultimately this book is about the corruption of identity politics that I call ​identity economics​.

I wanted to get invited to heaven. I wanted the bee to sting me. Sometimes they got stung instead. But is that even a good thing?

I’m not gay famous anymore. I stopped going to local parties, and I stopped dressing masculine. This last development wasn’t planned, in fact it perplexes me. I never thought I would ever wear makeup and skirts, and I can’t explain why it suddenly feels right. It’s not like I quit being trans, I still wince when people call me “she.” But back when fame mattered, I would have forced myself to keep buzzing a fade and promoting my sissyboy reputation. Now I’m letting my brand wilt and I’m just grateful to friends who still see my boyness inside.

In the end, ​7 Dreams About You​ is about my effort to quit identity economics. It never attempts to use trending words like ‘queer’ and ‘intersectional.’ I want to make art that has no lesson. I hope it’s just a creepy emotional mashup that could reach the heart of any weirdo.

I don’t think identity economics is something that anyone should be ashamed of. Except the executives who direct advertising models and ranking algorithms that thrive on wokeness warzones and prosper as we lose our humanity. They are getting rich off of our nightmares.

To view the entire chapter, click the slideshow below. 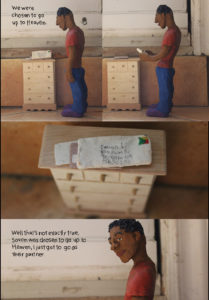 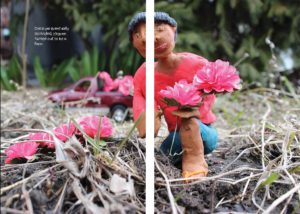 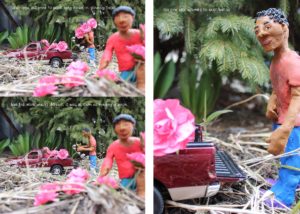 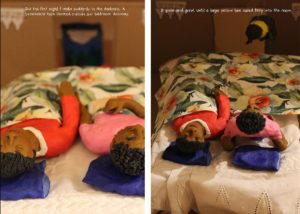 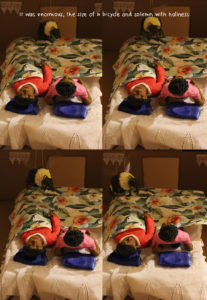 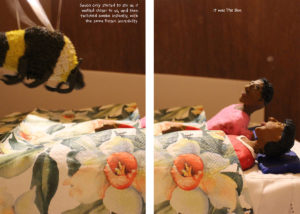 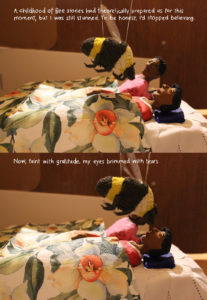 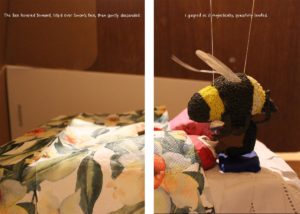 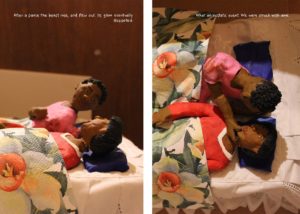