The artistic director marks her first full menswear collection for the brand with a “Nouveau Glitch.”

Clare Waight Keller has always had a penchant for intellectual references, and her Givenchy men’s Spring/Summer 2020 collection showed just that. Waight Keller mined the depths of art history and literature to bring together the old and the new, inspired by the poetry of Charles Baudelaire and chiaroscuro—the contrast of light and shadow, and the pale hues of weathered Italian frescoes. The show’s picturesque location, Villa Palmieri, had an appropriate royal connection for the woman who designed Meghan Markle, the Duchess of Sussex’s wedding gown; Queen Victoria apparently stayed there in the late 1880s and 1890s. A palatial private residence at the outskirts of Florence, the Villa Palmeiri only enhanced the fusion of the classic with the contemporary as models descended down an opulent staircase and into the carefully manicured garden labyrinth below.

Titled “Nouveau Glitch,” the collection, shown during Pitti Uomo, also marked Waight Keller’s first full menswear show since she took the helm at Givenchy in 2017. With the “Glitch” part of the title referring to computer glitches, the show opened with a familiar sound from two decades ago: that of the first dial-up internet connections. The first model, in slightly iridescent grey trousers and an overcoat, announced Givenchy’s new collaboration with Japanese footwear brand Onitsuka Tiger through his sneakers: white embroidered track shoe (there’s also a black version). It was a streetwear-meets-dandyism vibe that would please both the Hypebeasts and dandies who frequent Pitti. Soft tailoring and looser silhouettes embodied Waight Keller’s modern take on suiting. Hypertechnical outerwear featuring ultra-light Korean fabrics and reflective material served as a nod to the futuristic streetwear popular in Asia. The curves in the calligraphy that spelled Fleurs du Mal, the iconic 19th-century volume of poetry by Baudelaire were remixed into a cool, abstract print on oversized shirting and an ultra lightweight anorak.

Waight Keller also gave a nod to Hubert de Givenchy, the French fashion house’s namesake by using winding floral prints modernized with pixels and opulent jacquard fabrics for overcoats and trousers—an ode to his upbringing among the tapestries of “La Manufacture des Gobelins.” The accessories—logo-covered backpacks and weekenders, crucifix necklaces, belt chains, and a single hoop earring with a dangling ball added a decidedly youthful feel to the collection. After the show, attendees climbed the villa’s stairs to have a bite and a glass of champagne while dancing in a crowd that included Zachary Quinto and Darren Chris as blasts of confetti fell from the air. 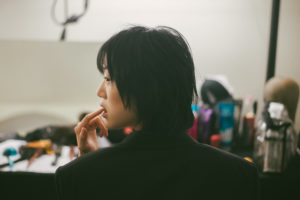 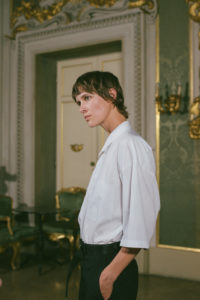 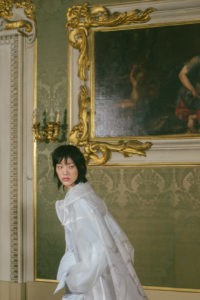 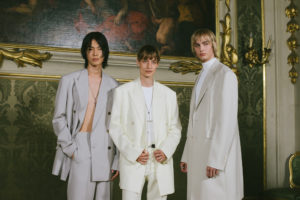 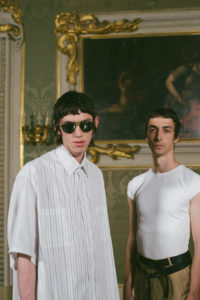 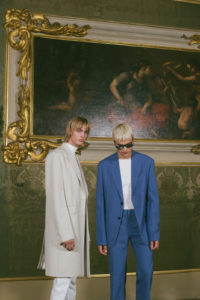 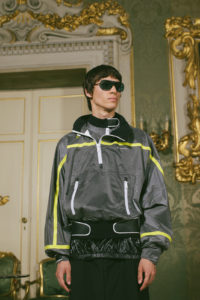 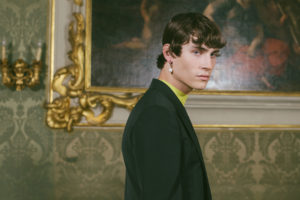 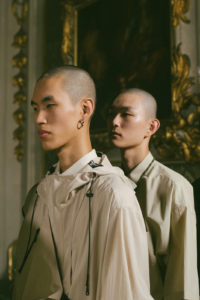 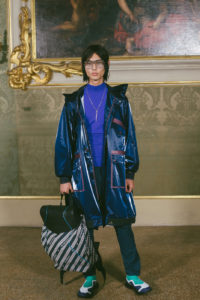 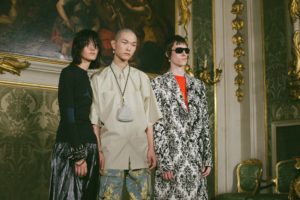 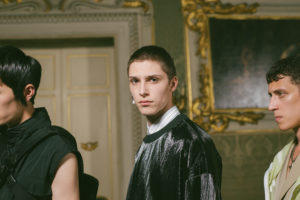 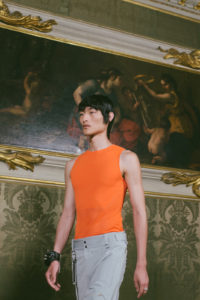