The artist and writer discusses wanting to bring people together through a more open, compassionate dialogue.

Robyn Kanner doesn’t consider herself a significant person. But her creative work, which includes both art making and writing, is definitely of significance. Sharing heartfelt, handwritten note cards on her Instagram account, the Brooklyn-based multi-hyphenate creates deeply moving work that highlights the power of human connection.

Growing up in a small town in rural Maine, as a teen Kanner found that making art was a way to spend her time when she was dealing with insomnia and addiction. Now, 10 months sober and in her 30s, Kanner makes work that champions empathy for herself and people of all backgrounds.

In March 2019, after Esquire released its monthly cover featuring a white teenage boy growing up in a conservative town in Wisconsin, it sparked severe backlash online. Stirring something in Kanner, the creative felt compelled to pen an op-ed about our culture of shame. Discussing her own upbringing in a small rural town, Kanner said that she felt “tremendous empathy” for the teen while also drawing attention to the ways our culture was so quick to cancel the entire magazine, and the boy himself.

Consequently, Kanner’s story received its own taste of resistance from individuals online, making the artist feel completely alienated from her peers; “Digital shaming is arguably the only punishment that does not have a statute of limitations,” she expressed.

In reaction to the tense situation, Kanner decided to launch a free, public hotline where people could call her and discuss the article. It is her hope that creating a space for open dialogue through the telephone—an archaic concept in today’s world—might bridge the gap and offer a compassionate alternative to call out culture.

Document spoke with Kanner about why telephone calls with strangers could help bring people together.

Sara Radin—How did you get into art making?

Robyn Kanner—I wasn’t a kid who drew or anything like that. I played basketball mostly. When I was 18, I worked at Wendy’s and would work from 4pm to 2am and then I’d go home but I couldn’t sleep. So, I ended up teaching myself Photoshop. I started off as a designer then I moved into writing and now I’m kind of this blend between the two. Some people can’t see that they’re both connected in a weird way.

Sara—What kind of work did you make while you were in school?

Robyn—At the time I was working in installation. I had a studio and lived in this one house with six other people. Each of us had a room but I would always use the whole space. I used projectors and stamps on the wall, experimented with sound, lighting, and color.

Robyn—Well, I was on drugs at all times. I can’t tell you that I remember a bunch about it. Now I look back and I’m like, “I can’t believe you had four years to just live in a home with a yard and not worry about money.” I made art but back then I hated it. I was miserable all the time. I was very sad. I was going through that thing when you’re 21 and you realize that life is harder than you expected and that you’re not important as you once thought you were.

Sara—What brought you to New York and led you to getting sober?

Sara—How did that inform your creative work?

Robyn—My work is very compartmentalized. The notes were a reaction to my sobriety. Last summer, I was going to the movies with a friend and I had deleted everything that I’d ever done of mine, all my tweets, every Instagram post, it was all gone. And I texted my friend Tim, and I was like, “Man, when you’re off the Internet, you’re just dead. There’s nothing left of you.” And he was like, “Yeah.” And I was like, “Well this is stupid.” So before I went to the movies, I just wrote out 20 of them, put them all immediately online.

Sara—How were those pieces received?

Robyn—People were caught off guard. The beginning ones were very intimate. They were about resentments and fears. So, it felt more like a diary entry. The ones I’m posting now are more vague, and could be seen as song lyrics or something like that. 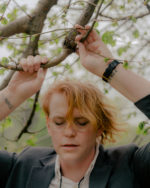 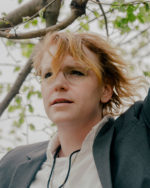 Sara—So talk to me more about your hotline. How did it come about?

Robyn—I got canceled online. I wrote this piece for the Times that some people very much loved and adored and [they] were thankful I wrote it. There was a lot of backlash though. People were frustrated. I mean, the irony was that I was digitally shamed for writing a piece about cancel culture. It was a very lonely experience. I had close friends that wouldn’t talk to me or I felt like I couldn’t be honest with my words because they’d get taken out of context. So, I decided to put my phone number online. And it was interesting because thousands of people were yelling at me online but nobody called.

After two weeks, I finally sent out a tweet that was like, just call me. And it was so funny because the first people to call didn’t even want to talk about my article. They talked to me about their relationship troubles. I was prepared to talk about this issue, and it was just, like, this woman who was a librarian, who was very upbeat. So I kept it up and I’ve now taken dozens of calls. Nobody has mentioned the article, which is so funny cause that’s the whole reason I put it online.

Robyn—The first five minutes are very awkward. They don’t really know whether they like me or not yet. And they’re confused about this whole idea of how you could talk to somebody on the phone. And then, we find a common interest, whether it’s food or film, and then we’re good. Everybody calls at night. Only one person has ever called in the afternoon. Nobody’s called in the morning. Everyone calls pretty much when they’re winding down their day.

Sara—How do you feel about making these connections with strangers through telephone calls?

Robyn—Telephone calls are a bit archaic but they’re also the most human thing in the world.

Everybody has a human heart and mind. And somehow when we get a phone in our fingers and we use our thumbs, it’s just bad. But when we use our voices, it’s good. And, for the life of me, I don’t understand what the disconnect is. There’s something very human about voice. With digital media, you have no context [about] whatever the situation is. And I think it’s the context that makes us human. So the phone is an obsolete technology, but also sort of the only compassionate technology left. 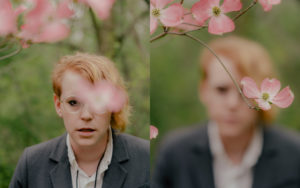 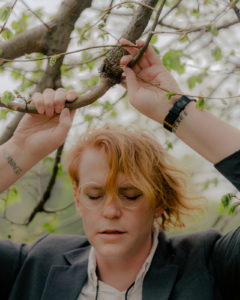 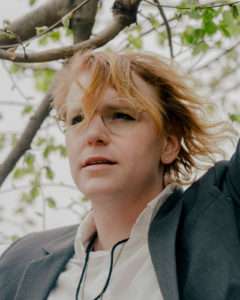