The two artists spent the day photographing each other and sharing advice, memories, and their hopes for the future.

MaryV Benoit and Quil Lemons embody what it means to be young and creative in 2019. Both Benoit and Lemons possess a heavy Instagram following, and have released numerous successful projects while attending The New School in New York City. The two photographed each other for Document in Philadelphia and Upstate New York, and the images are indicative of the care with which they approach their friendship.

Benoit is a photographer and performance artist hailing from Denver. One of her most recent performance art pieces involved a number of individuals each dressed solidly in a color from the Pride flag, standing in front of the arch in Washington Square Park. Benoit has modeled for brands such as Glossier and Billie, and is presently working on a book around her partner Chella Man.

Lemons is also a photographer (who is beginning to dabble in videography) from Philadelphia. Lemons’ work has been featured in Interview, Allure, and he was also a part of Document’s The New Vanguard photography prize. On the precipice of graduating from The New School, Lemons is also working on a book documenting his experiences over the past four years.

The two artists recently spent a day taking photographs together, as they look back on their teenage years and forward to the future.

MaryV Benoit—Do you consider yourself a video-maker, or videographer?

Quil Lemons—I’ve been getting into video. I’ve been documenting my life for the past six months, moments I find interesting…everything that’s been happening in my life that I felt needed to be recorded or remembered. I think I’ll release that after I graduate. What are you working on?

MaryV—The book of Chella. Everything that I’ve been documenting of him.

Quil—I get messages like, “How are you friends with Chella and MaryV? Can you tell them I want to do this? I just want to meet them so bad!”

MaryV—Oh my gosh, the internet is crazy. A crazy place. How everything connects and how people connect.

Allie Monck—Because both of you do have large followings now, and yours [MaryV] being tied a little bit to your relationship, do you feel that has changed not only how you approach yourself and what you put online, but also how you pursue your art? Have those processes changed or has your inspiration changed? Or do you feel, “When I got to The New School, I had already known who I was and what I was doing.”

Quil—Oh, I had no idea what I was doing. 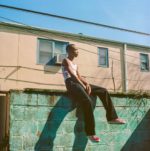 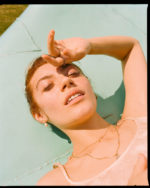 Quil—Still have no idea, still trying to figure that out. I think with [my] following everything has to be refined and super tailored because I know there are a lot of people watching this. You have editors following you. Working as a freelance photographer, working with publications, I’m careful about what I’m saying, but at the same time I’ve always hated authority and I’m a little rebellious. I also have a finsta, because I need an outlet for things I find funny and might not be workplace friendly. Or it might be something so niche that people might not even get it. Have you seen the memes of the two girls and it’s like, “We irritating”? No one is going to get this that works in the upper editorial spaces of photography.

Quil—These are things that I want to share with my following, so I’ve been incorporating that more in my Stories. “Okay, that’s gone in 24 hours I don’t have to worry about this being cemented on my feed.”

MaryV—I agree with that but I think I’ve started to have this anxiety now about what I want to post. Because I’m like, “Wow, so many real people are watching this and looking at it.”

Quil—And also inspired. I feel a duty to them sometimes to be perfect.

MaryV—And expecting so much, and I’m like, “Ehh, is this good enough?” That’s scary because I never thought that I’d have that before.

Quil—To actually live in the thick of it is a lot harder than some people might think.

MaryV—I think online is a good space to test things and see what happens if I post this and challenge people to talk about it or not talk about it.

MaryV—All my life I was taught, “Your body being with no clothes is only for a space that’s in your room or private.” But then taking that and putting it online—I’m thankful that my parents are being supportive of that, but I know it’s really scary for people. I think doing that and sharing that really connects with vulnerability and that’s what I find really special.

Allie—What steps did you take as a person to get to a point where you were comfortable putting it out publicly, celebrating that?

MaryV—I grew up in Denver, and I went to an arts middle school and an arts high school. I think the school really preached on, “Oh, do whatever you want!” But, underneath it all, if you did something out of the ordinary, people would be like, “Oh my gosh, let’s talk about it,” because it’s drama and everything. I think coming from that and then being in a space like New York, where, no, we actually don’t give a shit about anything, was really good. [That] made me bolder in some ways, and made me feel more confident being here and creating stuff, and talking about things that I never really talked about before or even thought about. 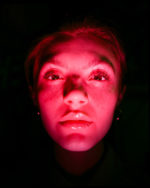 Quil—What would you say to the younger MaryV? The 14-year-old going into high school—how has she changed to the 18-year-old moving here and then also you now? 14-year-old first..

Quil—Angsty teen girl, what is life?

MaryV—But also I was like, “Tee hee! Everything is cute and fine!” I think at that age I would have said, “Don’t care so much about the outside stuff. Figure out your mental health, figure out how to take care of the people around you who love you so, so much.” Also I would have encouraged myself to continue making work, because I think when my parents were getting a divorce I kind of stopped making work, and that was the perfect opportunity to really make a lot.

Quil—Would you ever make art about that?

MaryV—Yeah, I definitely want to…

Quil—More-so from your perspective of everything?

MaryV—Yeah, I do, I do. I just don’t know where to start with it. There’s so many layers. And then 18-year-old MaryV—I think I was still naive, but… “You can do anything. Anything is okay to do. Don’t second guess too much about anything that you really want deep down in your heart.” I think I was doing that a lot. I was like, “What will my friends think? What will the internet think?” I felt much more comfortable when I first got here, but I think I’ve grown into being uncomfortable and comfortable in New York, with everything. I don’t know if that makes sense. My queerness, race within my family, family dynamics, and everything. What’s one of the most vulnerable pieces of work you’ve made so far and why was it so vulnerable?

Quil—That’s a toss-up between Glitterboy and Purple. Glitterboy is kind of autobiographical, it was me presenting myself to the world even though I wasn’t in front of the camera, I was behind it. In Purple, I’m really protective over my family, I don’t like having them exist in social media if they don’t want to be participants in it… Those two are the most vulnerable and I think the ones I’m most proud of.

MaryV—I think Purple is one of my favorite things you’ve ever made. You can feel all of the love and emotion in each image.

Quil—It was really fun to make. I think that’s one of the easiest shoots I’ve ever done. What is the most vulnerable for you? My favorite from you when is you painted yourself gold.

Allie—That was wild. In a good way!

MaryV—Thank you. I think I probably haven’t released [my most vulnerable work] yet. I think [it’s] this work with Chella, and also some work that I’ve made with my mom before. I think it goes back to the stuff with my mom, I don’t want her all the way out into the public world.

Quil—It’s scary! It’s such a weird tension. I feel we put so much of ourselves out there, we know how to deal with that backlash if something were to go wrong. I don’t think our parents have the same understanding of social media. 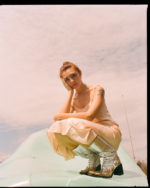 MaryV—If someone said anything bad about my mom I would go off. I’m not an angry person at all but you can’t talk about my mom that way! Also the work with Chella, just because with Chella I have transitioned myself into my queerness.

Quil—We’re both working on books now. I feel like a lot of the work is older work that we are explaining more in-depth about our experiences and just life. I’m formatting mine to look like a diary and I’m going to be calling it, This was College, because nothing about my college experience has been normal and I think you can say the same. A lot of kids message me about what they want to do after college—here’s the book, you can take this and read it, here’s the blueprint. I also want to include DMs and emails about jobs, what those rates have looked like, just for other people to know. I know sometimes I’ve been fucked over just by not knowing, I want to share that knowledge.

MaryV—I don’t think I learned that until these last couple of months, even knowing what my worth means and what it is.

Quil—All we have is our creativity, that’s what makes us us. Do you feel like you’ve made it?

Quil—What do you think that moment will be like when you have made it?

MaryV—I don’t know what it looks like to be there. As of right now I know that I’m happy with what I’m doing. I feel really at bliss with everything I’m making and going to put out into the world. I think that’s a nice feeling to have. I have no idea what it looks like, making it. Whatever it is, just as long as I’m having this feeling of, “Wow I’m still making stuff that I didn’t have to conform to make because this company wanted to do this.” Do you feel like you’ve made it?

Quil—Oh hell no. I feel like this is the beginning of Act 1. I have so much to say with my art, I just know I want to be in museums before I’m 30. That’s one of my biggest goals and I’m going to work my ass off to get that to happen. I think about magazines that I want to shoot that I know reach Middle America. I really want to do something with Vanity Fair because that’s picked up in the supermarket. I want people in Middle America to see the images I have to make… I’m working with Aperture on a new book they’re releasing later this year with an exhibition that’s gonna travel that’s called The New Black Vanguard. I’m one of 15 photographers that they’ve chosen to be a part of this… I’m excited to look back at that book and this conversation when I’m 70 and say, “They weren’t ready for me back then!” 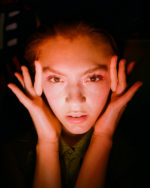 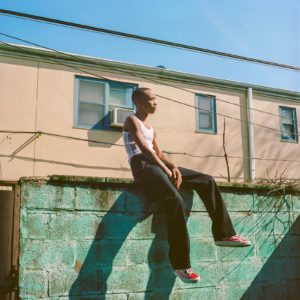 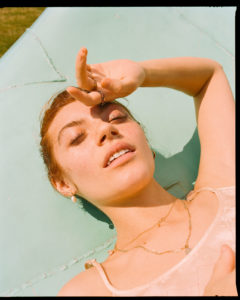 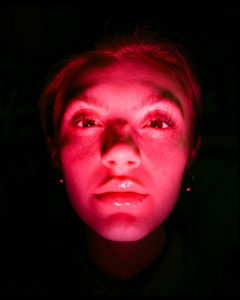 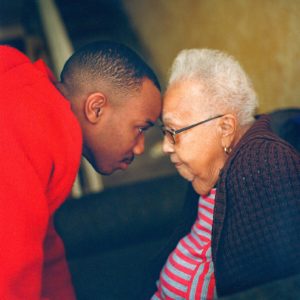 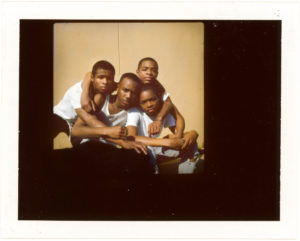 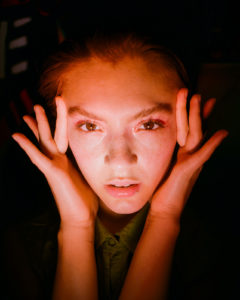 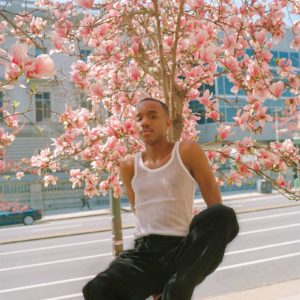 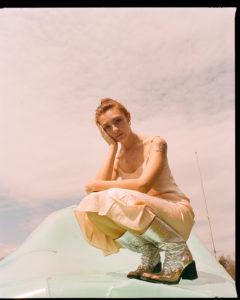