Exploring the freedom found in our unfiltered bodies at the new retrospective covering 60 years of Alice Neel’s nudes on view at David Zwirner.

Alice Neel was always ahead of her time. While the public seldom saw nude paintings of men by female or male artists, there seemed to be an infinite amount of nudes depicting the female body, more often than not by a man. But, Neel didn’t just paint women; the artist, who passed away in 1984 at age 84, gravitated to all walks of life, painting men, women, and children. To put it simply—she painted humanity.

Alice Neel: Freedom, on view at David Zwirner’s 537 West 20th Street location, shows six decades of nudes painted by Neel. Neel’s nudes refrain from portraying the human form in an elevated light. But rather, one painting, Andrew, shows a baby, laying on its back, vulnerable to the world as he curiously stares off to the side. In another, Degenerate Madonna, Neel shows a mother and child, the mother’s breasts sag in the images, perhaps hinting at the nourishment she passes down to her baby, or the energy and dedication a mother gives of herself when raising a child. In Untitled Bathroom, a man urinates in the sink, while a woman sits on the toilet, an occurrence common to many couples, yet seldom portrayed in popular culture. In Pregnant Julie and Algis, a pregnant woman lounges in the nude next to her clothed partner. Neel, was a feminist hero, who crossed boundaries for female artists. She didn’t just paint men, women, and children—she painted the human form with all of its attributes, its imperfections, and of course–its beauty. 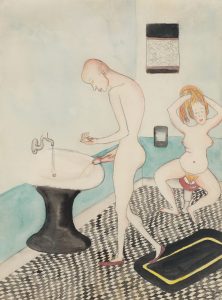 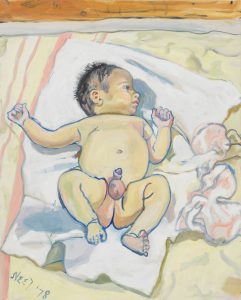 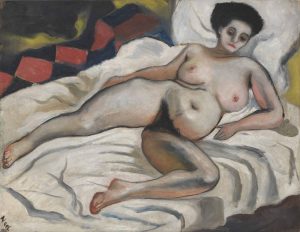 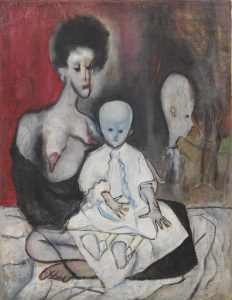 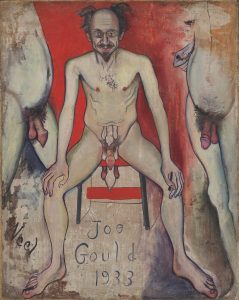 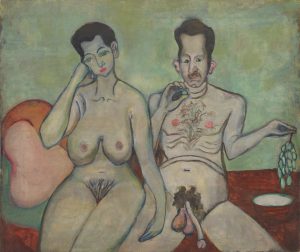