For International Women’s Day, Document celebrates the women who defined art history—and the curators ensuring they get their due.

Honoring the legacies of boundary-breaking female artists requires finesse. Art institutions have a startling record of overlooking women for solo shows, permanent collections, and preservation, not to mention the exclusion of these artists from canonical art histories. These erasures, purposeful and incidental, have allowed for a chronic underestimation of women’s substantive contributions to artistic movements.

But efforts to right the equilibrium can often fall flat. Georgia O’Keefe famously refused to show in the 1976 exhibition Women Artists: 1550 to 1950, co-curated by the feminist art critic Linda Nochlin. O’Keefe considered herself as “one of the best painters”—gender be damned. There’s a fine line between meaningful recognition and further solidifying “the female artist” as a distinctly subordinate and tangential field of art history. But three recent exhibitions have taken up the challenge, contextualizing the artists within the artistic movements they shaped, but also within the inextricable history of efforts to erode the subversive power of their work. 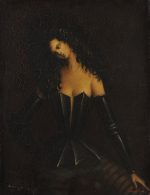 At the Museum of Sex in New York, curator Lissa Rivera organized the first American retrospective of the Surrealist painter, Leonor Fini. Featuring works from the 1930s through 1980s, Leonor Fini: Theatre of Desire surveys the inimitable career of the Argentine-Italian artist who explored the liminal spaces between life and death, humans and animals, the masculine and the feminine. Largely self taught, Fini brought Flemish and Pre-Raphaelite influence to her haunting Surrealist works. She associated with intellectuals like Jean Genet and Jean Cocteau as well as Christian Dior. Fini’s rebelliousness and transgression work recently served as the inspiration for Dior’s Spring 2018 collection. Her works anticipated and informed fluid, hybrid deconstructions of gender as performance.

“I think it’s mind blowing to look at a career so extensive, how well connected she was in terms of her collaborations and her friendships, and to see how a name like this can be deleted from the narrative,” Rivera said of the Fini retrospective. “It’s just not okay.”

Vienna’s Belvedere Museum is following in similar suit, showcasing the most extensive retrospective of Viennese Modernist work by female artists since World War II—most of whom are still unknown to the art world at large. Although barred from Vienna’s prestigious Academy of Fine Arts and largely excluded from major exhibitions, these women managed to carve out space for their careers, exhibiting alongside Gustav Klimt and Egon Schiele. They pushed beyond the floral and landscape genre painting to which women had traditionally been confined to join the avant-garde, painting nudes and explicitly political works. The devastation of World War II cut short many of their careers and largely erased their contributions, but City of Women aims to open the door for further scholarship and make a case for the indelible contribution these artists made to Modernist and contemporary art.

Fortunately, Zilia Sánchez, now 92 years old, saw the first retrospective of her work in her lifetime. The exhibition at The Phillips Collection in Washington D.C. spans her nearly 70-year career as she traveled from Cuba to Europe and New York before settling in Puerto Rico where she’s lived for the past 30 years. The show title, Soy Isla, references both Sánchez’s dual experience as an island resident and an industry outsider. Though she’s worked outside the mainstream, Sánchez has been ahead of the curve since the 1960s, when she first started exploring the eroticism and strength of female form in her three dimensional paintings. She draws inspiration from figures of Greco-Roman mythology like Amazonian warriors and Trojans, incorporating sensual, armor-like structures into many of her works. 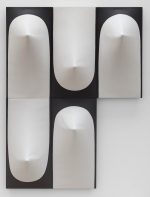 When exhibiting the work of historically marginalized artists, curators and art institutions must find a delicate balance: how to present little seen works to an unfamiliar audience without playing into the problematic narrative of “the forgotten female artist.”  Rivera expressed a similar outlook when she spoke to Document about Theatre of Desire.

“If institutions could continue not presenting women [in the context of] this movement to highlight overlooked individuals, but to really show that these women aren’t just interesting because they’re women, but because how great their work was, how influential it was, how important it was to whatever social times they were moving within. They are an integral part of art history.” 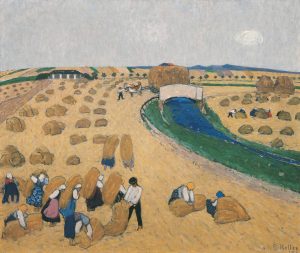 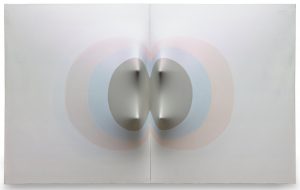 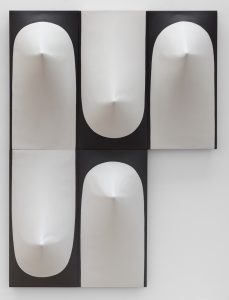 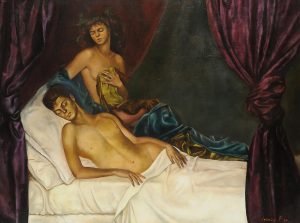 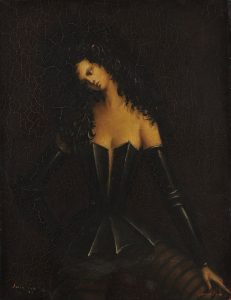