Color is rarely absent from the London Fashion Week runways, but Roksanda Ilinčić took it into the next dimension at her Fall 2019 show. Models walked atop a salt-covered rainbow runway, created by art collective Troika, under prisms of spectacular light that perfectly complemented the collection’s vivid hues. Body-swathing gowns in stark white and acidic yellow were softened with tufts of feathers, then amplified with oversized ruffles at the neck and balloon sleeves falling to the knee. Somehow even the utilitarian outerwear appeared straight out of a fairytale. If you were looking for the perfect neon-trimmed patchwork parka (or fuchsia peplum puffer vest) to throw over an ethereal gossamer evening gown, look no further than Roksanda. Extravagance and minimalism, turns out, can get along rather well. 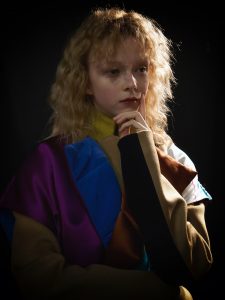 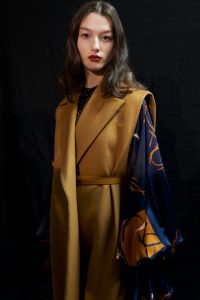 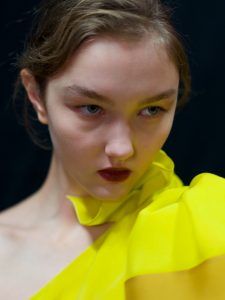 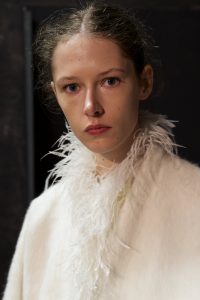 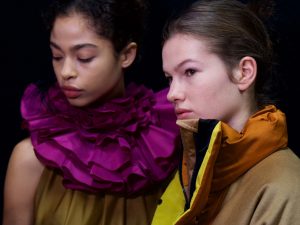 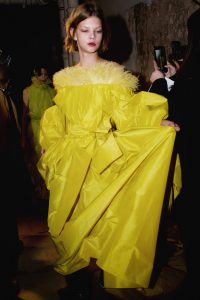 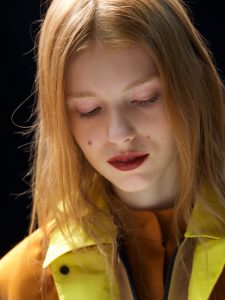