Frida Kahlo’s style was as memorable as the paintings she created. She was aware of the power of clothing long before she became an art legend, combining the vibrant colors and bold patterns of her Tehuana dresses, delicately embroidered skirts, and huipil tops with ornate, pre-colonial, and contemporary earrings, necklaces, and rings. The Mexican artist’s clothes only strengthened her presence when combined with her braided updo and unibrow. A selection of Kahlo’s wardrobe and possessions are currently on display for the first time in the United States in the exhibition Frida Kahlo: Appearances Can Be Deceiving, which runs at the Brooklyn Museum until May 12. The pieces, which were hidden away after her death in 1954, were only unearthed in Mexico in 2004, and have since been carefully catalogued. The collection is displayed alongside Kahlo’s fantastical paintings, lush with imagination and vigor; as well as iconic photographs of the artist by Nickolas Muray and Lucienne Bloch; and pieces of Mesoamerican art from the museum’s holdings, to demonstrate the collecting interests of Kahlo and her husband Diego Rivera.

Kahlo’s style is so iconic and timeless, that designers like Riccardo Tisci, Kris Van Assche, and Jean-Paul Gaultier have all based collections on her, over 50 years after her death. Document asked fashion designers from Mexico about Kahlo’s impact on their design practice, and how her look continues to inspire them today. 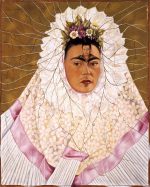 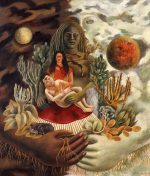 Like Kahlo’s clothing, Carla Fernández’s eponymous label celebrates the skill and craftsmanship of the indigenous artisans of Mexico. “We work a lot with same silhouettes that the same indigenous communities work [with],” said Fernández. “We call it ‘the square root’ because out of it’s made out of squares, and rectangles, and it comes from the root of Mexican heritage, or first nations.”

“In Mexico, Frida is everywhere in a way. Frida, for me, she knows the power of clothing. She knows that through clothing you can be very political. She used to dress in suits as a man, with indigenous garments. She also started a trend with that. She knew that clothing was political, clothing was culture, clothing was seductive, that you could reinvent yourself, and she was an amazing stylist for herself. She’s an amazing artist, an amazing thinker, but also a great, great stylist, and through her style, she could get and be this woman with all this power through her clothing, who is expressing herself in that way.”

Andrew Jimenez takes a gender fluid approach with his line of clothing Mancandy, experimenting with genderless silhouettes, very much in the way Kahlo wore men’s suits. Jimenez first became aware of Kahlo’s existence as a child growing up in the state Cuernavaca Morelos.

“I admire the strength of the Mexican woman and [Kahlo] is an icon of strength, determination, and an example that fairy tales do not exist in real life. Her way of portraying misfortune and turning it into something beautiful is simply amazing.” 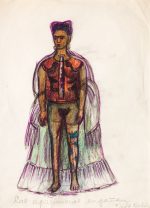 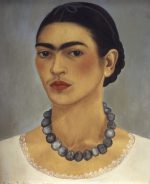 “Her strength, creativity, and authenticity inspired me to strive for freedom, to fly over boundaries and to have the ambition to become anybody. She inspired me to build my own world through creativity and good sense of humor. Because of her, I recognized the frankest expression of myself through my work. Her freedom inspired me to understand impermanence and to recognize my own reality.”

Menswear designer Bárbara Sánchez-Kane remembered the shock she felt the first time she saw Kahlo’s cropped hair and a suit in one of her self-portraits. “I was very young girl studying in a catholic school in a very small town. I didn’t know that women could dress in men’s clothes—it was liberating and empowering,” the designer behind Sánchez-Kane said. “The idea that even her life was art captivated me.” The polymath even used the artist as inspiration for her performance art-meets-fashion piece “Macho Sentimental” last year.

Sánchez-Kane on Kahlo’s portrayal of beauty

“It is very interesting for me that she was the main character of her work—searching the light under the darkness of her existence and physical destructive illness. How she built all these monsters of pain that eventually became objects of beauty. Producing to the spectator aesthetic emotions that sometimes could be uncanny to get into our skin, but I find this sincerity of the message very liberating. All her torments were transmitted into work—the recurring tragic motif of her existence. She explored her sexuality and didn’t apologize for her work at a time when women were often seen under a man’s shadow. Frida found a different way of portraying beauty. Even if it contains our darkest self and the scene talks about brutality, fear, and ugliness.” 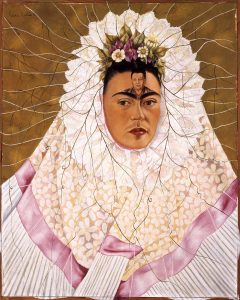 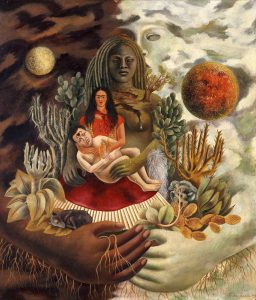 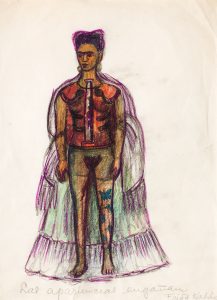 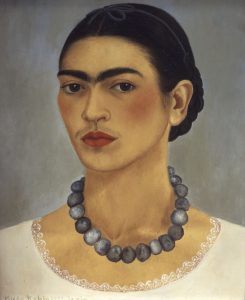