In ‘Isolated But Not Alone,’ the artist turns Polaroids into paint-streaked art pieces, a commentary on the current social (and social media) climate.

When Jeremy Kost published his last book, Fractured, it was 2014, and terms like “Instagram model” were just entering the lexicon. Kost had already been shooting enviably sculpted, perfectly symmetrical young men for years—establishing himself as a Master of Polaroid—before he finally caved and joined Instagram. (He had avoided it for years, turned off by the platform’s digitized Polaroid Lite aesthetic.) But the connection he forged with fans was immediately genuine and even rather poetic. Kost had first picked up his Polaroid in an effort to connect with the fabulous people he met on nights out at The Cock and Opaline as a recent transplant from Washington, DC, or “the land of gays in Abercrombie polos and khaki shorts,” as he calls it in his new book, Isolated But Not Alone. For Kost, image-making turned into a form of communication—both with the subject and with an audience of strangers.

“For me the camera became… sort of what I’ve come to know about Andy Warhol’s use of a camera in public,” Kost continues, speaking to curator and Document contributing editor Drew Sawyer. “It gave him the ability to interact with people socially while using it as a shield.” It’s the private relationship with his subjects that Kost celebrates in Isolated But Not Alone. The Polaroids were taken at the same time he was making Fractured—some date as far back as 2001, and none have been shown on Instagram—and the raw Polaroids are in the artist’s signature stark naked, sun-drenched vein. But these ones are streaked with vivid strokes of oil paint straight from the tube. It’s the paint that packs the punch of Kost’s older hedonistic nightclub photos, while the scenes themselves draw power from their intimacy. They’re also mostly taken in nature, if not in the models’ bedrooms—one upside of the much-decried Polaroid film price hikes. 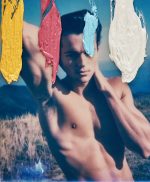 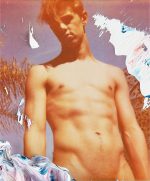 “$3 a picture, first and foremost! That being said, the priority of making Polaroids has always funneled into this idea that Mother Nature serves as a big character in the work,” Kost explains to Sawyer. “I’ve realized that She leads to a conversation about figure and ground, and I’m not sure you get that in a private space.” Nature is also connected to body identity, a constant thread in Kost’s work, and one that relates back to his own body issues growing up. “Being in a landscape fundamentally changes the conversation. It becomes less about sex, or perceived sexual interaction, or an erotic situation. In nature it’s more about freedom—a sort of liberation, and vulnerability.”

Isolated But Not Alone, available now on Kost’s website, also features a poem by actor and poet Nico Tortorella. Selected works from the book will be exhibited at the UNTITLED Art Fair during Miami Basel from December 4-9. 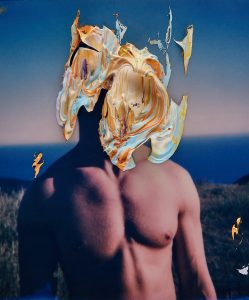 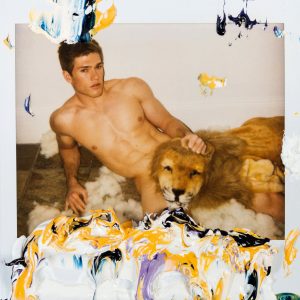 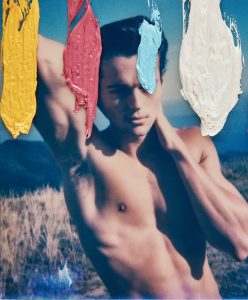 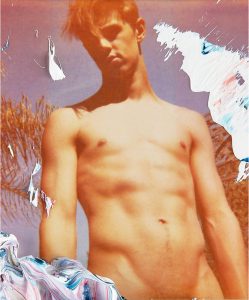 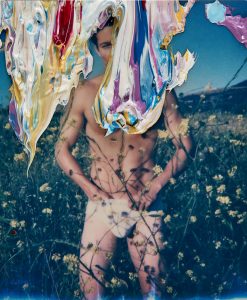 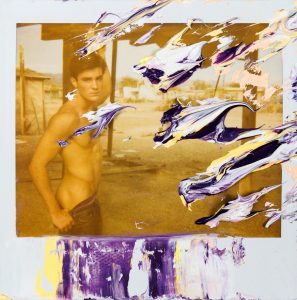 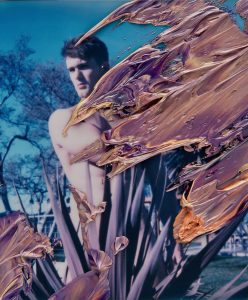