At last week’s Art Basel in Miami Beach, Document hosted two panel conversations with artists at the vanguard of new media, including Nestor Siré and Julia Weist, who presented their work for “Virtual/Reality: Digital Media Goes Offline” at Prada Mode. Based in Havana, Cuba and New York respectively, Siré and Weist’s collaborative work deals with the technical and political terrain of information circulation in Cuba, illuminating issues of access and geopolitical inequality. At the close of Art Basel (and  as Cuba announces plans to introduce mobile WiFi) Document asked Siré and Weist to further elaborate on their collaborative work. Here, the pair talk about connectivity, piracy, and the human right to information in the context of Cuba’s information underground, “El Paquete Semanal” or “the weekly package”—the physical means of distributing digital content nationwide.

Clara Malley—Much of your artistic collaboration has involved information dissemination in Cuba. With the news that mobile internet service will soon be widely available, how do you see this access changing the way Cubans interact with the internet?

Julia Weist—One of the most significant things is that prior to this development a huge majority of internet use had to happen in public, usually in public parks. So any internet browsing you were doing, you were not in a private space but sitting on a bench, potentially next to a stranger also doing their own internet browsing. With cell phone access, of course, the internet goes with you. But of course the financial impact is huge because it remains an incredible obstacle to access.

Nestor Siré—It’s incredibly expensive. One of the other issues in Cuba with the internet is we have just only one company, a governmental company. Everything in relation to the digital experience is very slow. So, nobody wastes their time online. Many Cubans use internet just to get communication with family outside the country because it’s cheaper than a phone call. It’s not like in the United States or other countries where you do everything using the internet. We can’t buy anything online or access any services. In the next two or five years, maybe that changes, but this is not the reality right now.

Julia—We also need to keep an eye on censorship. The government is the only internet service provider. It is a reality that they censor content that they don’t like. The restrictions have actually produced a brilliant local response. For example, there’s a real cottage industry for creating apps that don’t rely on internet connection. These apps are distributed in an offline context like in El Paquete Semanal, the focus of much of our work.

Clara—Do you mind explaining how the paquetes operate. How did they came to be, how are they distributed, and how did you engage with them in the exhibition you created together, 17.(SEPT) [By WeistSiréPC]™ ?

Julia—The paquete is significant because it marks the end of about 40 years of different formats of media, beginning with paperback novels, circulating outside of government control within Cuba. We try to do a lot within our work to contextualize it within these earlier media formats and also in terms of being the only significant independent media platform outside of state control in the country.

The exhibition centered around an archive that we created in collaboration with the studios that aggregate and distribute the Paquete Semanal. We worked for one year to archive every week that the paquete was circulated, from August 2016 to August 2017. So it’s a 52 terabyte archive that maintains the original structure and content of the paquete during that period.

We can learn a lot from this content, whether that be advertising, music, original internet-style videos using the rhythm and aesthetics that we associate with YouTube videos. All these materials circulate efficiently through the geographically distributed population, circumnavigating the use of internet platforms and spaces.

Nestor—One of the most interesting things about the paquete is the way it’s distributed. This huge net of people working together–a group of people downloading this information from the internet and also the TV, our channels and international channels. It’s shared by hand. A very physical way to distribute digital materials offline.

Clara—I think the conversation about the paquete brings up another really compelling point about the relations between piracy and free speech and equal access to information. From what I gathered, the paquete operates at the fringes of legality, but they’re providing this really valuable service to people who otherwise couldn’t access this information. I’m wondering how you think mobile internet access might change that relationship?.

Julia—The access from mobile definitely does change that dynamic, although within the limitations of the U.S. embargo. It’s an important question to ask. We are artists, we respect copyright and understand the complexities of that, but in certain cases, if it’s a question of access, I think that new models definitely need to be considered so that the basic human right of access to media and information can be met.

Nestor—Exactly like that. For a Cuban citizen, the only way to consume this kind of material is this way. We don’t have any stores for buying DVDs, we don’t have a system for premiering films. And in this way, it’s exactly like Julia said. We understand the copyright situation is a very complicated situation, but we need to find a different process in this case. When you don’t have any way to consume media, you cannot pay legally for this kind of service. We need to be thinking about this concept of piracy: is it good or bad? 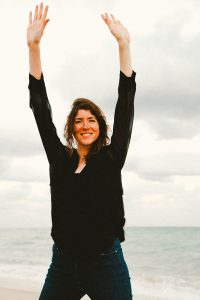 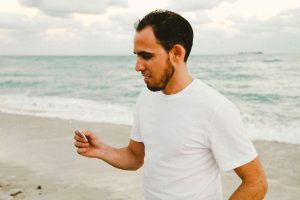 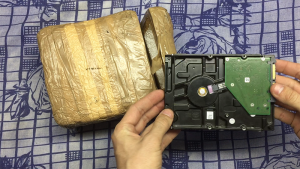