Paris Fashion Week started with Dior’s dance-tinged collection and Gucci’s debut in the City of Light at the legendary Le Palace nightclub, then saw  Hedi Slimane’s first collection at Celine, and ended with a series of heavy hitters, including Chanel, Louis Vuitton, and Miu Miu. Here are a few of the trends Document caught on the runways of Paris.

Who needs one print when you can wear several? At Loewe, Jonathan Anderson created a halter dress using a number of prints in a diamond pattern. Sacai also had contradicting prints within its asymmetrical looks.  Natacha Ramsay designed a few dresses using patchwork prints in her boho collection at Chloé, while several of Pierpaolo Piccioli’s dreamy dresses at Valentino were full of myriad prints.

Birds of a Feather

Feathers were all over the Paris Fashion Week runways, from a bright yellow tank at Dries Van Noten, to dainty trim at Valentino, and heavily feathered shoulders at Celine.

Rock and Roll
Streetwear has been the trend for several seasons now, heavily influenced by the Hype Beasts and their appetite for sneakers and fashion, but the recklessness and attitude of rock and roll informed a few designers for Spring/Summer 2019. At Givenchy Clare Waight Keller’s muse at Givenchy may have been Annemarie Schwarzenbach, a writer and photographer from a century ago, but she still included leather motorcycle jackets in the collection. At Saint Laurent, Anthony Vaccarello created gilets and trousers that only a rock star would wear, and the collection was laced with leopard print and accessorized with scarves around the neck and wide-brim fedoras. Vaccarello’s predecessor Hedi Slimane stayed true to his rock roots in his first outing for Celine, where there were cool suits, leather jackets and hip boots throughout. 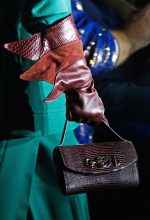 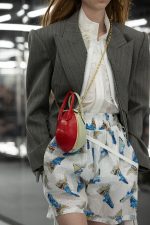 Boxy Shoulders
Shoulders will be nice and square for Spring/Summer 2019. Nicolas Ghesquière created a boxy suit jacket in his sci-fi-inspired collection, while Karl Lagerfeld reimagined the traditional Chanel tweed suit to be looser and boxier, and Gucci and Stella McCartney also had boxy shoulders in their collections.

Snake Skin
The print and leather were all over Paris Fashion Week, from the neon snakeskin at Off-White, to boots, slip dresses and gloves at Gucci and body-hugging pencil skirts at Miu Miu.

Gender-Free Suiting
It seems as if suiting no longer knows a gender. At Balenciaga, there were a number of suits on both male and female models, while Celine, Stella McCartney and Maison Margiela all offered options that in theory could be worn by males and females. 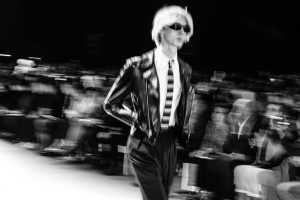 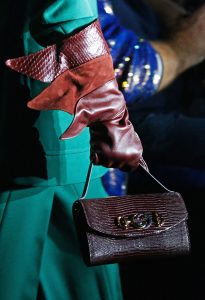 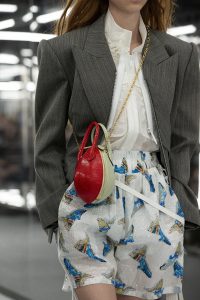