Document went inside New York Fashion Week to observe the trends on the runway, from statements of inclusivity to updated versions of classic silhouettes.

New York Fashion Week wrapped up its Spring/Summer 2019 season this week, with dozens of designers showing their latest collections throughout the city’s empty warehouses, opulent turn-of-the-century buildings, parks, helipads, and even in Weeksville, Brooklyn—the place where one of the country’s first black communities settled after the abolishment of slavery. There was everything from scantiily naked models wearing hardly anything to the most over-the-top, full-on looks. Here’s what Document’s editors discovered on the runways of New York Fashion Week Spring/Summer 2019.

Everyone loves a leopard print because it’s primal and wild. The perennial animal pattern of choice started and ended fashion week strong, beginning with Tom Ford, where sultry bustiers were paired with structured moto jackets, before continuing at Calvin Klein where Mrs. Robinson’s favorite animal spots showed up on trousers and more, and finally at Savage X Fenty, where a purple leopard panty and bra set made us want to get a little feisty.

The trench coat is a classic wardrobe staple for a few reasons—It’s easy to wear, and it looks polished. Vince had a structured leather one, and a sculptural trench with folds that twisted, turned and hung like a John Chamberlain piece. Boss gave it an updated in numerous ways, from tilted pockets and snap closures, to a minimal, oversized burgundy number, and another brilliant, satin gold finish.

Model Diversity
Finally, runways are looking a lot more diverse and a lot less of what we’re used to. There were men and women in all identities, genders, shapes, sizes and colors at a number of shows. A welcome change from years past. Savage X Fenty had a pregnant Slick Woods, who went into labor during the show; along with Eckhaus Latta and Vaquera, which were among the labels that cast real people, and several other runways looked a lot more colorful. Collina Strada, Eckhaus Latta and Ralph Lauren all had children grace their runways,adding a playful element to their shows. 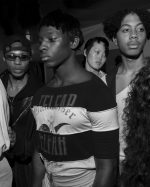 Take a Stand
The United States is more divisive than ever in recent years, and a number of designers took a stand for inclusivity and diversity. Kerby Jean-Raymond brought the fashion set to Weeksville, Brooklyn—the one of the first black post-slavery communities—where in the show notes, he mentioned that within the artist Derrick Adams-inflected and FUBU-laced collection, he imagined that it “created a world devoid of angst of racism and imagined what Black American life would be like if it were had been left untouched, unmolested, and unbothered.” The following day, Telfar Clemens paid tribute to different sides of America with a post-identity aesthetic that included  “casual dress shirts in an immigrant palette,” and t-shirts that layered the look book from last season layered with the American flag, Budweiser logos, and eagles. At Ulla Johnson’s 20th anniversary show, the collection of billowy, easy-going dresses and pretty handbags made in part by artisans from Kenya, Peru, the Philippines and India  “conjures a vibrant and bold vision of a world that is tight-knit and inclusive, where boundaries are collapsed, creating a visual métissage.”

Technicolor Dreams
According to New York Fashion Week, next spring will be vibrant and full of color. Electric hues dominated the runways of Michael Kors, playful florals and beach-themed surf prints came out in energetic colors, while Sies Marjan added a neon palette to his usual rainbow of color for Spring 2019. At Area, electric jewel tones ruled on the catwalk. Prada Linea Rossa, Matthew Adams Dolan, and Prabal Gurung were among the other brands that livened things up with bright hues.

School Is in Session
Labels channeled the precocious innocence of youth in their Spring/Summer collections, from letterman jackets on Ralph Lauren’s 50th Anniversary runway, to Vaquera’s post-identiy-era, high school-themed show, where a model dressed in cap and gown closed the show, and finally to Raf SImons’s The Graduate-themed collection for Calvin Klein 205W39NYC, where a handful of models finished the show with their heads topped with graduation caps.

Tie Dye
Could designers be drawing a parallel between the ’60s and today by recalling the tie dye worn by hippies fighting for social justice and global change? Proenza Schouler had oversized, two-toned, tie-dyed, collared shirts on the runway during the show that marked their return to New York, while Calvin Klein 205W39NYC, Eckhaus Latta and  Collina Strada also featured tie dye in their collections. 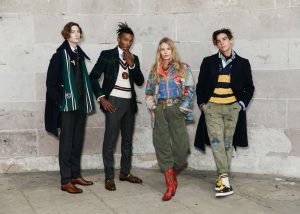 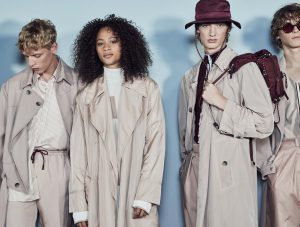 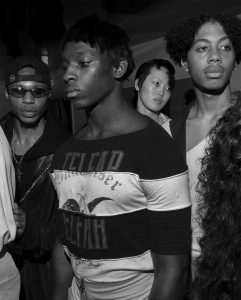