“I’m sweating up here in this YSL sweater,” quipped Buddy, the L.A.-based rapper behind hits like “Hey Up There” featuring Ty Dolla $ign. “I got this from Browns though—Browns fashion y’all.”

Buddy’s spirited, but sweaty performance was part of last Wednesday night’s launch of a two-month-long pop-up by Browns, the fabled British multi-brand retailer, at Fred Segal, their kindred spirit shop in Los Angeles.

Browns, which was founded in the Mayfair neighborhood of London in 1970 by fashion icon Joan Burstein and her husband Sidney, has been credited with being early supporters of the likes of John Galliano and Alexander McQueen. But since the sale by the Bursteins in 2015 to online retailer Farfetch, Browns has been expanding under the tutelage of CEO Holli Rogers, an alumnus of Net-A-Porter’s early days.

I sat down with Rogers and Fred Segal president John Frierson at the launch, which also featured up-and-coming British R&B singer Mahalia, who came out dressed in a repurposed patchwork bicycling suit by upstart British designer Conner Ives, still a student at Central Saint Martens, and a featured Browns exclusive in the pop-up.

“This is just a small representation of what we actually buy in totality, but of course, we know the casual nature of what goes on here [in Los Angeles], but at the same time, you guys have a really interesting mix of that, and then super-glamorous as well,” said Rogers about the selections Browns decided on bringing to the pop-up.

That selection includes Browns’s current focus on South Korean brands like Low Classic and Charm’s, whose collaboration with Kappa is already flying off the shelves; Georgian designers like Situationist; and London designers such as Ashish (his sequined “American Excess” hoodie was a hit at London Fashion Week in February), Molly Goddard, and Natasha Zinko, whose pink viscose short-lined track jacket practically glowed on the racks.

“Everyone’s like, ‘This is so amazing to be able to see Browns here [in L.A.],’” said Rogers. “I feel like synergistically it makes so much sense; [Fred Segal and Browns] seem to be very much aligned. L.A. has also advanced a great deal.”

Frierson agrees, and he would know, having watched L.A. become more fashion savvy from his perch at L.A.’s go-to fashion boutique. “There’s a better audience here than even five years ago,” he said.

In fact, when Rogers and her team did a count of the designers they carry at the Browns stores in London, they came to a surprising discovery—they buy from more L.A. designers than New York ones. So, coming to L.A., and working with a retailer in Fred Segal that operates in a similar way to Browns was a natural fit.

“Fred Segal has always had this deep connection to the community of L.A.,” said Frierson. “We’re a place where fashion designers are rock stars, and the regular people all come and hang out together. And Browns functions that way in London, and anchors the creative community. They’re introducing the newest designers in London, and we’re introducing new things in L.A., and [with the collaboration] we’re cross-pollinating, and letting both of our communities share that ideal, which is cool.”

Not only that, but Browns and Fred Segal share a sense of bringing a quirky shopping experience to their respective customers. In the pop-up, Browns has set up a meditation corner with London-based meditation brand BeBox, which has done their own pop-up inside a Browns boutique in East London.

But the most fun is watching Rogers continue the Browns brand without a hiccup—pushing edgy designers in the same way the Bursteins did in the past.

“For me, in terms of the DNA, [the Bursteins] were pioneers—full stop,” said Rogers. “They were pioneers in the space that they chose, the location of the store [in Mayfair], the community which they worked with. And that’s what we’re trying to do. We want to support the new design talent, absolutely. We want to give people things they haven’t seen before. There’s also who you connect with on all these other levels—[the Fred Segal collaboration] is a perfect example of that.” 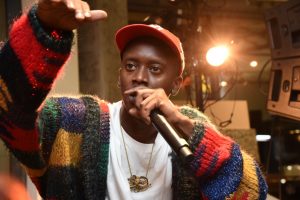 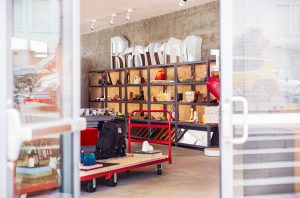