A new exhibition at The Hole celebrates the 10th anniversary of the documentary Beautiful Losers, which celebrated the 'broke artists' of New York's downtown scene of the early 1990s.

In the early ’90s downtown New York was free from voyeuristic social media apps like Instagram, as well as the moneyed entrepreneurs and corporate retailers that fill the store fronts there now. “There was just a few little hole-in-the-wall kind of mom-and-pop stores and a bunch of broke artists making things,” recalled artist and filmmaker Aaron Rose. “There was nowhere to show in New York if you were into skating, or graffiti or surfing, or even like weird fashion.” In 1992, Rose decided to give these so-called “broke artists” a platform to show their work in the form of a space called Alleged Gallery. Rose took the name from the disclaimers on the once-ubiquitous good luck candles that were sold at New York bodegas. He found an old supermarket sign, painted the word “Alleged” over it in green Old English lettering, and hung it above the storefront in which he lived with his friends in the Lower East Side at 172 Ludlow, on the same street at the hip artist-skater bar Max Fish and the beloved French eatery Pink Pony.

Alleged Gallery filled the void for the burgeoning creatives who lived and frequented downtown with reckless abandon, spending their nights drinking Jamesons and Pabst Blue Ribbon at Max Fish, and having lunch at Pink Pony. Rose exhibited a number of artists there who would go on to become bold names in the worlds of art and entertainment, including Rita Ackermann, Margaret Kilgallen, Shepard Fairey, Barry McGee, Mark Gonzales, Ed Templeton, Chris Johanson, Deanna Templeton, Ivory Serra, Harmony Korine, Cheryl Dunn, Ari Marcopoulos, Stephen Powers, Tom Sachs, and more. The gallery thrived for a decade, until it was forced to close its final location in the Meatpacking District in 2001. “We just couldn’t afford New York,” said Rose. “Everyone was growing up. That’s what really happened. There was financial stuff, but everyone was growing up. We weren’t in our twenties anymore, and it’s like, let’s just kill this.” 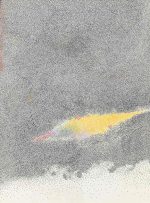 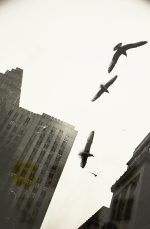 To commemorate that decade of Alleged and the people who orbited in and around it, Rose directed the documentary film Beautiful Losers, released in early August 2008 at the IFC Center. RVCA founder PM Tenore, whom Rose has known for some 20 years, had the idea to celebrate the film’s 10th anniversary with an exhibition titled Now & Then: A Decade Of Beautiful Losers at The Hole that’s up through September 5. The opening served as a reunion of sorts for the Beautiful Losers. Rose, Powers, Dunn, the Templetons, and Serra were among the ones in attendance. The old sign hung above The Hole as artists, downtown scenesters, and skaters young and old filled the space inside and poured out onto the sidewalk outside. “It’s good that a lot of people made it,” said Rose. “There’s people that I saw tonight that I thought were dead,” he followed, alluding to the issues with drug abuse that plagued the group.

The exhibition consisted of old and new work from the artists who were a part of the gallery, as well as ephemera from it. At the entrance, photos of the scene from the ‘90s by Serra sit on ledges. Nearby, a 2018 large scale diptych of Fairey’s infamous Andre the Giant stickers from the ‘90s hang on a wall. On the wall to the left, a trio of black-and-white photographs by Dunn, including one from 1999 of McGee tagging the word “twister” that shows the rawness of the time. Near it an animated short film by Ackermann shows the almond-eyed girls that helped make her famous. Across the way, a dozen of Sachs’s phone books from the ‘90s hang on the wall. Paintings by Johanson, McGee and Templeton are among the newer pieces in the exhibition. In the other room, cases filled with ephemera recall the era. There’s a typewritten letter to Rose from the late Kilgallen that mentions slides from the Hammer Museum in Los Angeles, and Jeffrey Deitch having copies of her catalogs, a gallery sales record for Johanson from 1999 that shows work sold in the range of $75 to $800, collected by the likes of Rose, Dunn, Leo Fitzpatrick, and more, as well as a flyer from a 1995 exhibition of pro-skater Gonzales’s work. 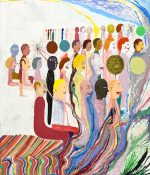 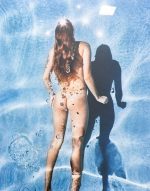 Rose fully believes that building such a creative, do-it-yourself scene in the era of Instagram and technology is still possible, but not in big cities like New York or Los Angeles. “All the cool stuff is happening in the smaller places now,” he said. “There’s time to incubate, there’s time to make mistakes without having a spotlight on you, that’s why this work is so good because for five years, nobody was watching while it all sucked. And when people got good, all of a sudden you paid attention.”

And Rose’s fondest memory about the decade in which Alleged exited? “There were no rules at all,” he said. “That was the best thing. they weren’t paying attention to anything small. It was like a playground. You could do anything you want.” 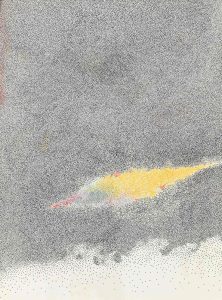 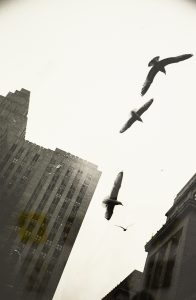 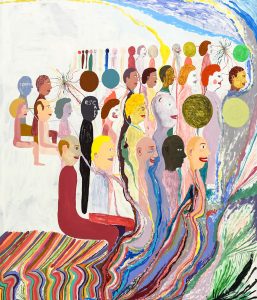 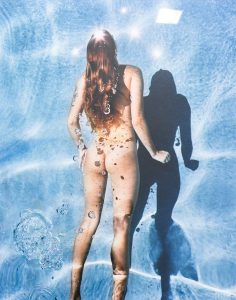 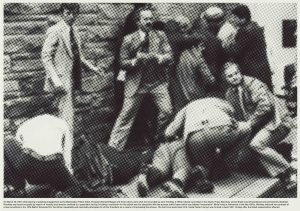 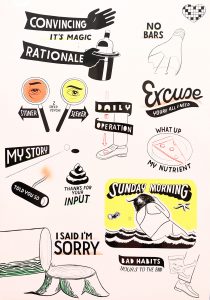 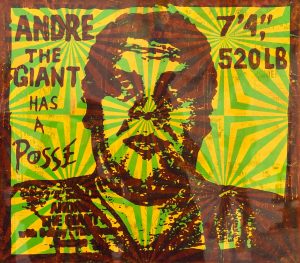 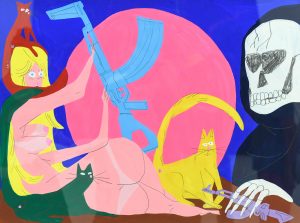 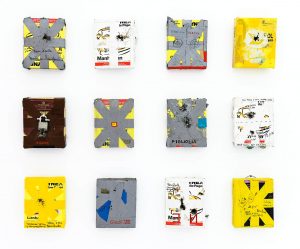