This summer the Giacometti Institute has opened a near-exact recreation of the sculpture's Montparnasse studio.

After World War I artistic circles in Paris headed south, leaving Montmartre for Montparnasse and turning it into the gathering place for artists, poets, philosophers, and writers like Pablo Picasso, Joan Miró, Marcel Duchamp, Ernest Hemingway, Salvador Dalí, James Joyce, and Guillaume Apollinaire. Jean Cocteau once said that poverty was a luxury there, and artists could often sit at a café for hours for just a few centimes. When they were too broke for that, proprietors would take artwork, holding it until the artist was able to pay. In December 1926, the famed Swiss sculptor Alberto Giacometti and his brother Diego moved to his studio at 46 Rue Hippolyte-Maindron in Montparnasse with all their possessions packed into a wheelbarrow.

This summer the Giacometti Foundation opened the Giacometti Institute at 5, Rue Victor Schoelcher in the 14th Arrondissement, just a 15-minute walk from the artist’s original studio on 46 Rue Hippolyte-Maindron. Inside on the ground floor is a recreation of Giacometti’s studio, assembled with actual ephemera from the artist preserved by his wife Annette Giacometti, and through photographs taken by a number of photographers, including Ernst Scheidegger, Gordon Parks, Sabine Weiss, Annette, and Brassaï. Over 70 sculptures in plaster and clay, original furniture from the real studio, and murals by Giacometti fill the studio space, which is situated behind glass walls that visitors can peer into from tiered seating at the Giacometti Institute. The institute will serve as an exhibition space, a reference venue for Giacometti’s work and as an art history research center.

The minimal space that made up the original studio was just 23 square meters (75 square feet) with a high ceiling, dim lighting and no running water until the late 1950s. Water would leak from the roof on to the cement floor, and even when Giacometti found success, he still refused to leave or even transform the studio. As the years passed, layers of drawings would appear on the walls, as if they were scrawlings on a cave. The studio welcomed guests who ranged from actress Marlene Dietrich, who had a brief flirtation with the artist, to poet Samuel Beckett, artist Henri Matisse, composer Igor Stravinsky and philosopher Jean-Paul Sartre. It was there that he would invite his subjects to sit for hours on end, sometimes for a number of days or weeks to pose for his paintings or sculptures that he would often paint over and reconfigure in discontent. Giacometti would work out of that studio until his death in 1966, and it would become as much a part of the artist and his oeuvre as any of his paintings or sculptures. It would become immortalized in a 2010 book by Michael Peppiatt titled “In Giacometti’s Studio” and in Stanley Tucci’s 2017 film “Final Portrait.”

“It’s funny, when I took this studio…I thought it was tiny…but the longer I stayed, the bigger it became. I could fit anything I wanted into it,” said the artist. Now, visitors can experience the magic, the defeat and the triumph that took place inside Giacometti’s studio. 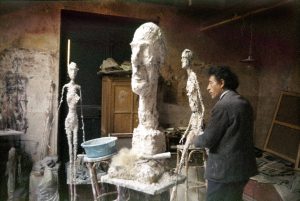 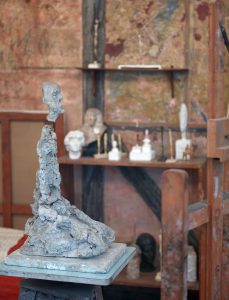 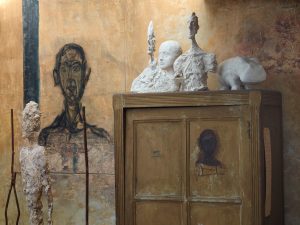 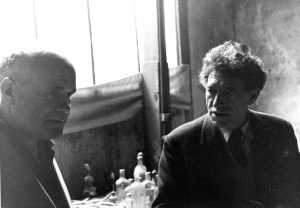 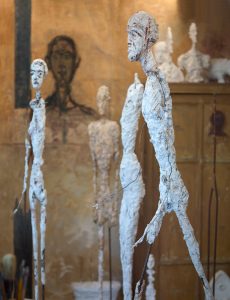 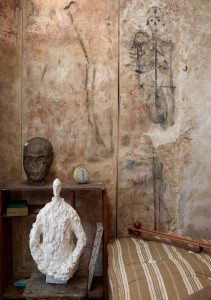 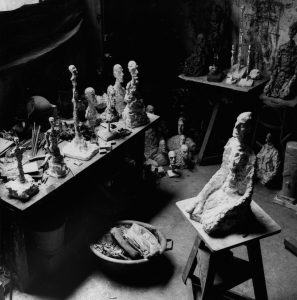 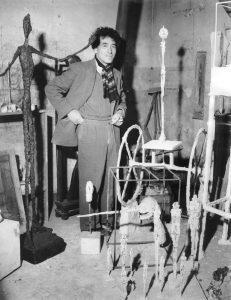