Writer Anthony Haden-Guest speaks to the actress about her forays in painting, the marriage between photography and performance, and the intoxicating energy of 1960s London for Document's Fall/Winter 2016 issue.

I don’t remember just how I met Charlotte Rampling, but London was pretty small back then, the urban hive element of it anyway, and if you were part of that—which, as a magazine writer, I was—sooner or later you were quite likely to run into most of the other players. The celebrity culture had not yet become the monstrous industry of today, serviced by minders, handlers, and branders, so the people you would run into face-to-face included individuals who had made or were making a name for themselves. One of whom absolutely was Charlotte Rampling.

It so happened that I also did the texts for a book called “Birds of Britain” back then. It was about all the happening young women in London at that time—“Birds” being London lingo for just that—and Charlotte Rampling, aka “Charly” as I recall, was deservedly on the team. That she was lovely, was, of course, part of the job description, but she was also un-pushily resolute, smart, and reflective—qualities that powered her amazingly versatile career and qualities that she clearly retains to this day.

It was precisely Rampling’s ability to work uidly in different media, OK, her versatility, that commended her to Olivier Saillard, the head curator at Palais Galliera, the leading Paris museum of fashion. So it came about that she would supplied a series of performances with Tilda Swinton at the Musée d’Art Moderne de la Ville de Paris during this year’s Festival d’Automne. These performances, titled “Sur-exposition,” are a formal break- through, namely a reimagining of some of the most powerful images by photographers who have created the visual vocabulary of our culture. Rampling and Swinton morph into the equivalents of museum walls to become human instruments who interact to bring to life the vision of such extraordinary, deeply different, and change-making photographers as Brassaï, Irving Penn, and Robert Mapplethorpe. The voices of the actresses live as the text. I spoke to Charlotte Rampling in advance of this event. Our talk took off from the place where we both began, which was the London of the 60s—a good place to start, too!

Anthony Haden-Guest—Hello, it’s been a while. Plunging back to when we first met, I remember thinking, “This is the height of civilization! Man on the moon, terrific stuff on earth.” Then I decided every generation must think that. But now I think I was right about the 60s.

Charlotte—You were right. Of course it was. There were so many barriers being jumped at that time. The man on the moon was one of the top things, wasn’t it? There were so many ideas being chased after. We had a lot of luck to have all that around.

Anthony—Let’s look at the performance you’ll be doing with Tilda Swinton. I see that you have both been given credit, along with Olivier Saillard, for coming up with the idea.

Charlotte—That’s generous. It was quite a communal thing.

Anthony—The cover of today’s “New York Post” is the Guggenheim Museum. They’ve got a solid gold lavatory in it by the artist Maurizio Cattelan. An art story is on the front page of a major selling tabloid! Back in the 60s, we had rock ’n’ roll, we had great movies, but art was kind of a side issue, don’t you think? Now it has become dominant, which is another reason your project is really interesting. Who chose the photographs? 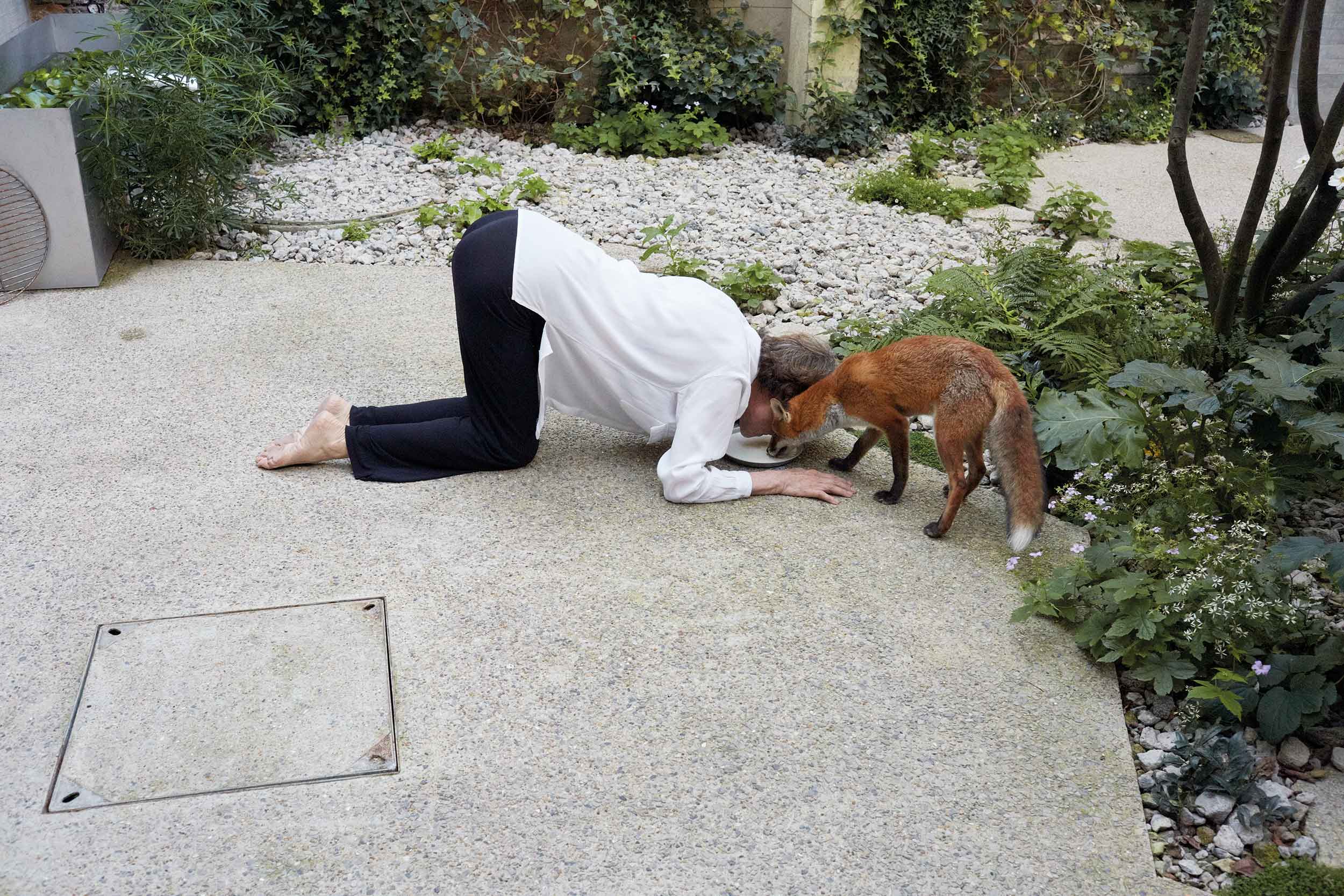 Charlotte—They were chosen by mutual accord. We were given a big selection by the Maison Européenne de la Photographie, people I know very well because I’ve worked with them in the past. We had a nice, wide selection, and little by little we whittled it down to the things that seemed the most poignant and strong.

Anthony—It’s an incredibly moving idea. In the age of iPhone photography, when everybody is a photographer, you’re returning to the golden ages of photography.

Charlotte—Yes, exactly. It’s really cleaning the eye out, or trying to clean the vision out, trying to imagine if a lot of those photographs could actually disappear through sheer overexposure. It’s quite startling. We’ll need to find other ways of seeing things before we’re blinded by images.

Anthony—Can you tell me how you prepared to embody these images?

Charlotte—Not really, no, because it is a very instinctual process. We’re not doing anything in a formally rehearsed way. The actual procedure of the show will be formally contained, but within that containment, what we’ll do with the images will be very…Neither of us actually want to know too much about it or what we’re going to do. We’ll be invoking what the photographs say without people actually seeing them. It is very much a play with what you think you’re seeing, what you’re not seeing, and what you’re actually seeing.

Anthony—Do you at all go into the issue of truth and untruth in photography? So many great photographs are now known to have been somewhat manipulated, like [Robert Capa’s] “Falling Soldier.”

“We’re reinventing the ways of looking at art with ourselves. We’re sort of joining it. It’s another way of looking at the masterpieces.”

Charlotte—I often wonder if it matters? I know that people are very disappointed when they hear that. I remember a long time ago my son saw a picture of a young couple who were at the liberation of Paris—they were grabbing each other and kissing. When he heard that that had been staged, he was devastated.

Anthony—I don’t think it matters at all. Mathew Brady did the same thing. He was known for dragging bodies and cannons around.

Charlotte—I think if it evokes the feeling then it’s fine. If the magic’s there then you feel transported just by looking at it.

Anthony—Tell me a little about the emotional process for “Sur-exposition.”

Charlotte—You know, I honestly don’t know at this stage! [Laughs]. I can’t tell you. It’s a rather instinctive, free-form manifestation.

Anthony—Improv. Have you worked with Tilda before?

Charlotte—No. We were in a film together [“The Statement”], but we had no shared scenes.

Anthony—I remember way back when I was a young journalist, I tried to talk Maggie Smith into doing a set of pictures in which she would reenact the Picasso Blue Period paintings, she had the kind of right features. And she gave me a kind of polite… she wasn’t interested. Now you have Jay-Z doing “Picasso Baby,” you have Tilda Swinton sleeping in a window-like glass box at MoMA, and you were photographed by Juergen Teller in front of the “Mona Lisa” [for “Paradis”]. How does that happen?

Charlotte—We’re reinventing the ways of looking at art with ourselves. We’re sort of joining it. It’s another way of looking at the masterpieces. We have the lack of humility to say, “Well, I wouldn’t mind standing in front of the ‘Mona Lisa’ naked.” I think it’s quite a good idea. Not that it was my idea. [Laughs.] At all. What can I say? This is a certain way of wanting to see who we are now with the art of other times. I’m sure somebody could give you a much better art class than that.

Anthony—No, that does very well. The extent to which art has become part of everybody’s vocabulary now is interesting. It did not used to be.

Charlotte—No! Not at all. Not at all. It was quite an elitist thing. I mean the galleries now—when they have retrospectives of all the different artists—they’re the most visited things of all time. There’s queues and queues around the block for people to see all the wonderful artists who have their retrospectives. It’s just…a big, big, big thing. And art, in terms of investment, is a big thing to have. 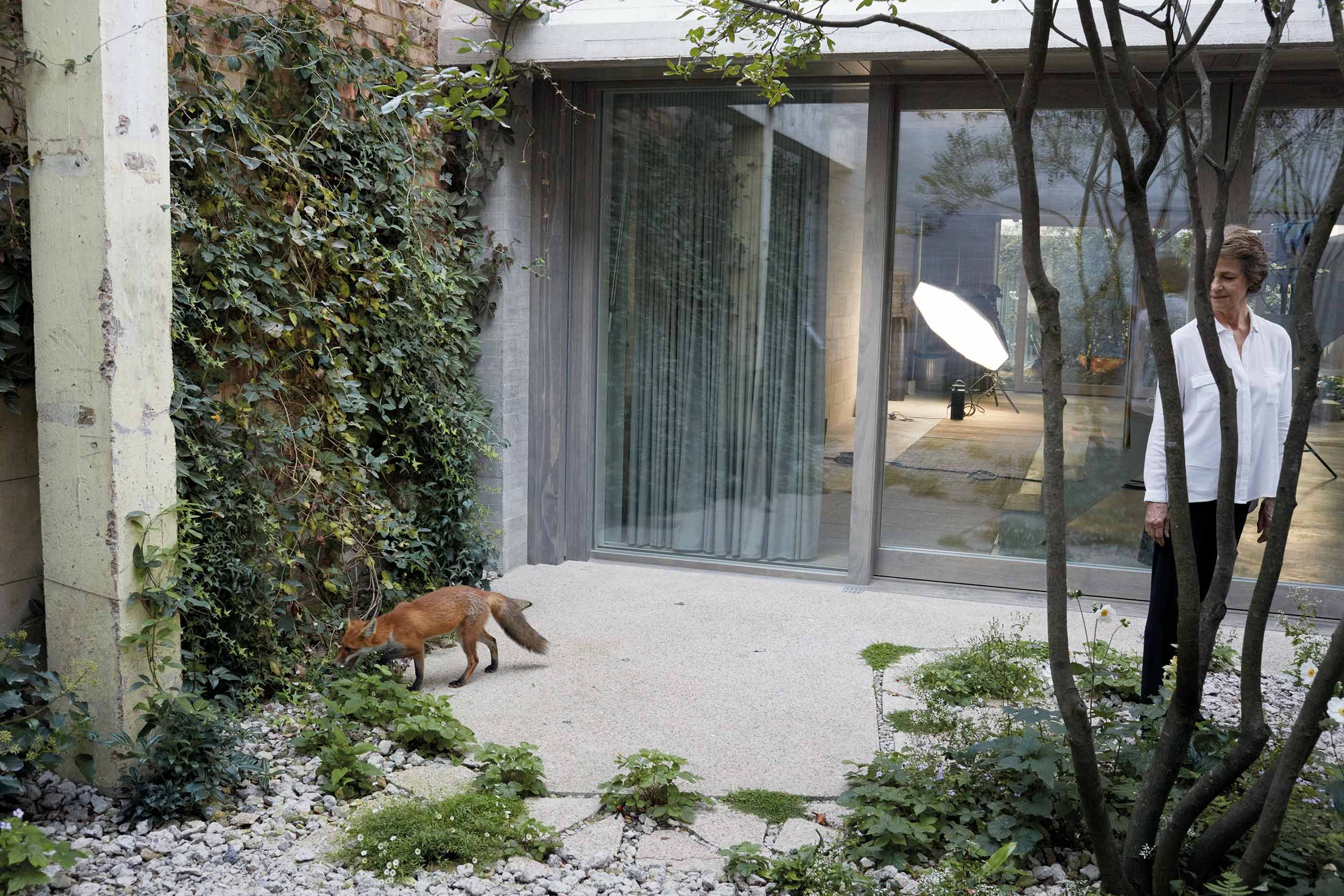 Charlotte—I do stuff, I do artwork. I can’t say it’s painting, but it’s using materials to make things happen.

Charlotte—Yes. Well, no. It’s not performance, because it goes onto canvas and wood. It is artwork, but you can’t say it’s painting. It’s sort of…things emerge from what I do with materials, like what I do with paint and paste. I have a studio with quite a lot of them in it now, because over the years I’ve done this. I call them [the works] my monsters, because in a way, they come out of the darkness.

Charlotte—Yes, they are actually big and, I mean, people have seen them that have wanted me to show them, but I have not done a show…yet.

Anthony—I’d love to see an image if I promise not to show it to anybody.

Charlotte—You’ll have to come to Paris!

Anthony—Your mother was a painter.

Charlotte—Yes she was. Yes, she was a watercolor painter. She did very beautiful watercolors. Absolutely. She would have done much more, but she was a devoted housewife and mother, and was always putting herself down as women did then. We don’t do that so much as young women now. When I was young, we were 60s girls, as you know, thriving on another voltage than our mothers. She never gave herself credit for what she did, but she was a very fine painter and didn’t really develop it. “Oh, it’s just a hobby,” she would say.

Anthony—Is it just me or are you doing the same thing yourself now? Keeping them hidden.

Anthony—The apple is pretty close to the tree. I remember quite vividly the book that turned me on to art. Do you remember when you first thought, “This is really interesting stuff?”

Charlotte—Yeah. And it was when I was with Jean-Michel [Jarre], my husband at the time. He loved art and he initiated me. He took me to lots of galleries and painters’ studios. I had no idea before; I was rather perturbed that I didn’t quite understand what it was all about. 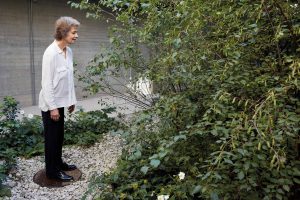 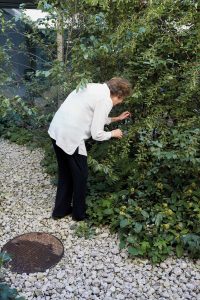 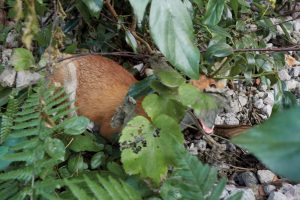 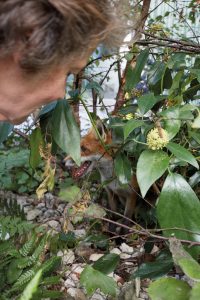 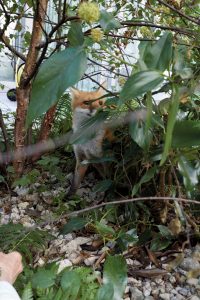 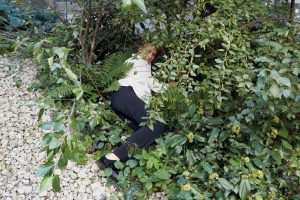 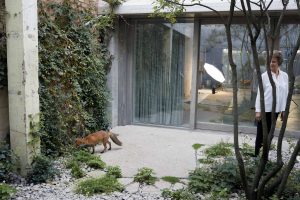 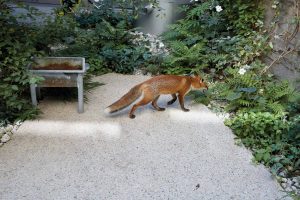 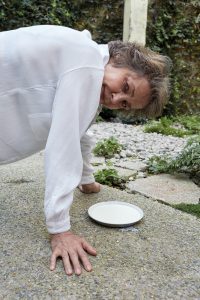 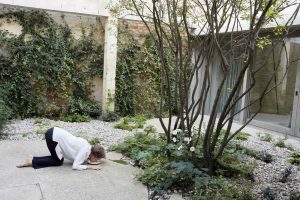 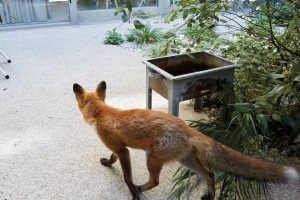 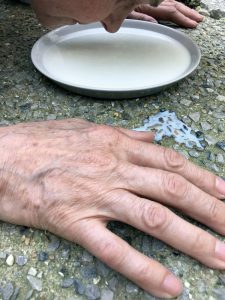 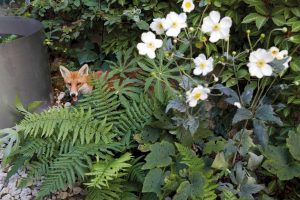 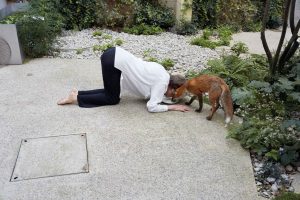 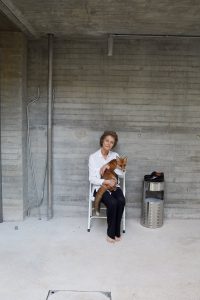