Christopher Kane’s new collaboration with The Rug Company brings highlights from runways past to your living room floor. The Rug Company, whose previous collaborations have delivered dreamy watercolor stripes from Paul Smith and a grungy union jack from Vivienne Westwood, has released five rugs and a single cushion featuring Kane’s whimsical and geometric prints. The collaboration serves as a reminder of Kane’s rich well of references, as well as his propensity for playful subversion. Two rugs take inspiration from the Constructivism-inspired prints of Kane’s Fall 2009 collection—Kazimir Malevich’s strips and waves of color arranged in the narrow grid of a Mackintosh chair. The hand-knotted silk motif on the Filigree rug echo the intricate, interlocking textures of Fall 2013. Kane’s iconic children’s textbook diagram of a carnation intersection, which first appeared in Spring 2014 and subsequently on the sweatshirt of any It Girl worth her salt, is finely handwoven in silk onto the Botanical Anatomy wool cushion. An accompanying scientific update on the floral print is also featured on the Botanical Anatomy rug. 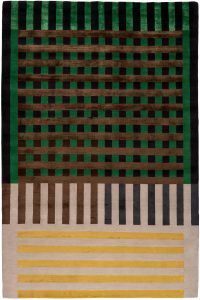 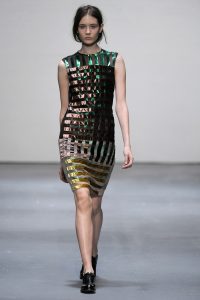 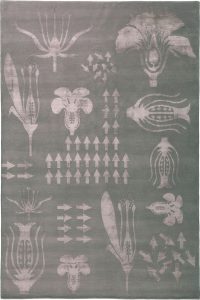 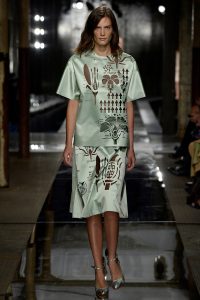 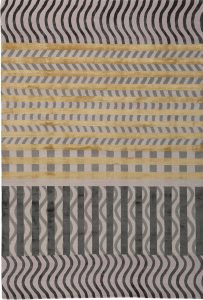 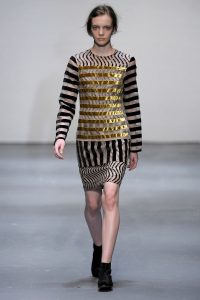 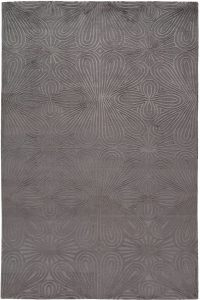 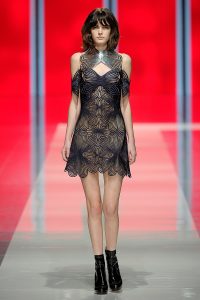 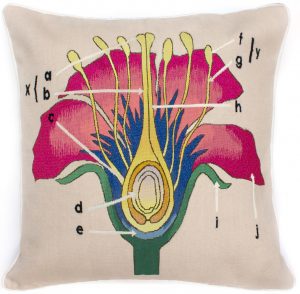 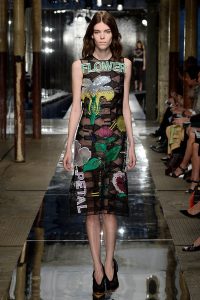