What does the name Art Basel mean? It depends on who you ask. To collectors, it’s a one-stop shop to see and buy art with 248 galleries showing everything from giant Jeff Koons sculptures to Picassos to emerging Chinese artists. To dealers, it’s all about courting collectors and making that sale. To luxury brands, it’s an opportunity to erect activation in hopes of promoting their label. To partiers, it’s a week full of the most decadent, alcohol-fueled nights. To Hong Kong, Art Basel is the catalyst that helped transform the city into Asia’s art capital, and this week Art Basel in Hong Kong marked its sixth edition, further catapulting the city into becoming one of the world’s art hubs.

The week kicked off with the opening of H Queen’s, a 26-story high-rise building that is home to the Hong Kong location of some of the world’s most important blue-chip galleries: Pace, David Zwirner, and Hauser & Wirth. The high rise is basically a vertical art walk, where visitors can climb stairs from one gallery to another. Pace opened a show of sculptures and paintings by Japanese artist Yoshitomo Nara. Los Angeles artist Mark Bradford painted a series of colorful, abstract maps to inaugurate his first show in Hong Kong at Hauser & Wirth. Wolfgang Tillmans opened an exhibition at David Zwirner that featured both old and new photographs, some specifically shot in Hong Kong last year. A few days later, Loro Piana celebrated The Gift of Kings, an immersive exhibition that focuses on Merino wool, the finest and lightest wool that was once overseen by the royal family of Spain, whose king gifted the material to the Elector of Saxony and the royal families of France, Britain and Holland.

Just around the corner at the Pedder Building, another series of exhibitions opened. Brazilian brothers Os Gemeos showed a playful display of their work at Lehmann Maupin. At Massimo De Carlo, Doug Aitken displayed a series of kaleidoscopic mirror sculptures. On the top floor, Gagosian showed Jen Guidi’s textured, monochromatic canvases. Nearby at the Entertainment Building Loie Hollowell’s beautiful abstract works, supposedly inspired by the shape of the vagina, displayed a mastery and meticulousness of her painting.

The show itself was a mix of the political and the abstract, the emerging and the established. People swarmed David Zwirner while Jeff Koons appeared in the midst of his work (the biggest of these being a giant metal sculpture of a bird sitting atop a flower with fresh blooms covering its back). The fair also turned out to be the second triumph for Virgil Abloh in a week. Just a day after being named creative director of Louis Vuitton Men’s, Abloh made his Art Basel debut at Gagosian no less, in the form of a collaboration with Takashi Murakami that put one of the artist’s grinning flowers over the Off-White logo. We hear that it even sold in the low six figures. One of my favorite works of the show was part of the Encounters section, where Shinji Ohmaki’s Liminal Air Space-Time soothed visitors to the hectic fair with a simple installation comprised from a translucent fabric, fans and lights. The installation became a meditative space where viewers could become enthralled by the waves of the material as fans blew air into it.

What is Art Basel without the parties? Just another fair. The party scene in Hong Kong during Art Basel week showed that its Miami Beach edition may have some fierce competition in the next few years. Just like Miami Beach, White Cube kicked off the week at a hotel, but here it was at The Murray, and not Soho Beach House. And just like Miami Beach, Le Baron played host to what was apparently the most happening of afterparties. Marc Spiegler, Art Basel’s global director, predicted that Fondation Beyeler’s Seth Troxler at Cassio and LACMA would have the best parties, and he was indeed right. On Wednesday night, Tillmans, who launched his career photographing wild parties, joined Troxler as the two tag teamed throughout their entire set. Partygoers in attendance included artists like Gabriel Orozco and Olafur Eliasson, and the crowd danced like they didn’t have to wake up the next day. Thursday, the Los Angeles County Museum of Art [LACMA] threw one of the most epic parties ever at Jumbo Kingdom, a floating restaurant, and the very location where The World of Suzy Wong was filmed. Dress code was Old Hollywood glamour meets Hong Kong heritage, recalling a smoke-filled dreamy haze as dancers performed, and partygoers were ushered from one surreal scene to the next. Imagine In the Mood for Love complete with cheongsams, red lights, and a backdrop you’d only find in Hong Kong.

If you’re tired and delirious your third day of Art Basel, then you’re probably doing it right. The miles walked around that convention center staring at art, the nights of dancing into the wee hours of the morning, and all the debauchery that goes with it is probably what got you there. Then, there’s also the jet lag flying from New York to Hong Kong that isn’t exactly easy on the body. Until the next Art Basel—goodbye for now. 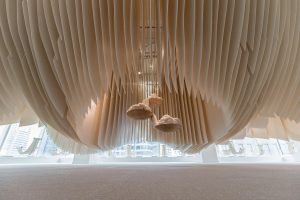 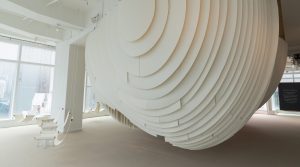 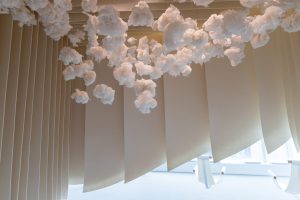 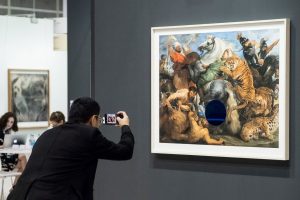 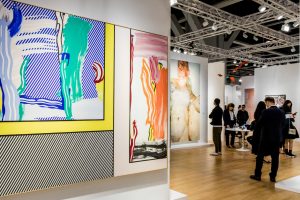 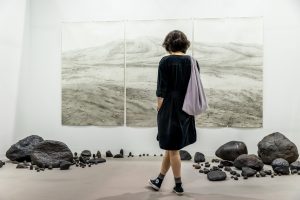 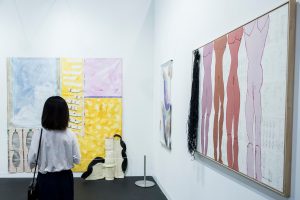 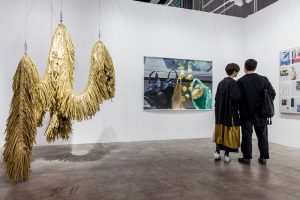