The experimental composers discuss the musical ideas that, for them, burn more brightly than the rest.

It’s almost impossible to discuss contemporary composition without touching on the influence of Steve Reich. The 80-year-old native New Yorker began experimenting with tape recordings in the 1960s, discovering methods of looping and phasing. His minimal, layered, and expansive style defied the era’s standards and assumptions. He looked to John Coltrane when writing his earliest pieces, traveled to Ghana to study African drumming, and composed, continuously, radically inventive minimal pieces, including “Drumming” (1971) and “Music for 18 Musicians” (1974—1976). Equally notable are Reich’s sociopolitical sensitivities: “Come Out,” written in 1966, featured a young black man, Daniel Hamm, speaking viscerally about being beaten brutally by the police after a riot; in 1988’s “Different Trains,” a Pullman porter, a governess, and three Holocaust survivors, all in literal transit, speak in turn. Reich works with the boundaries of the classical genre and the politics of the day in equal measure. The depth of the artist’s oeuvre has touched everyone from David Bowie and Brian Eno to Kraftwerk and Radiohead.

Nico Muhly, who has collaborated with Björk, Sufjan Stevens, the Metropolitan Opera, and others, is considered by many to be today’s preeminent young contemporary classical composer. He called Reich, who was busy in California putting on his seminal works “Runner” and “Double Sextet,” to discuss the ever-consumptive nature of the creative process, and just what makes an idea the one that burns.

Steve Reich—How are you? I’m in L.A., staying put.

Nico—I am in New York. Actually, I’m only here for a minute; I have to go to Boston and then Oklahoma City for a week and a half. The music school at the university there is really good. They are doing my opera randomly. I said that I would come out, and I’m actually distantly related to the conductor. I don’t think there will be another time that I go to Oklahoma City! If you know anyone there, please tell them to call me [Laughing.] Once every season—when I figure out where I’m going to be in the world—I look and see what music is happening there. I try to buy tickets and go. If I don’t, it’s because I’m fucking exhausted, so I’ll just watch Rachel Maddow on my laptop.

Steve—I try to get some work done on the road.

Nico—My friend Joe Pereira recently sent me an email in the middle of the night saying, “‘Tehillim’ is so fun to play!” It brought him a sort of visceral joy. In a sense, it is sort of like the “Hallelujah” chorus of the 80s. Does it feel like theatrical music to you or like sacred music or concert music? How do you situate it?

Steve—Let me switch to something else and you’ll know exactly what my answer is: “Symphony of Psalms” by [Igor] Stravinsky is not a piece of religious music. It’s a piece of concert music using religious texts. The Stravinsky “Mass” is a piece of religious music because it can be a part of the literature; therefore, “Tehillim” is a concert piece using religious texts. Parenthetically, within traditional Judaism, there is no place for pieces of music like that— only solo singing.

Nico—Right. All of a sudden you could have the band turn and go for it.

Steve—Somebody told me [the composition] was once played inside the main synagogue of Budapest, Hungary. It’s nice, why not. But, while it may have a certain cultural significance, it has no quote religious significance to me. I got re-involved in Judaism in 1974, and by the time I got to 1980, I set a Hebrew text to [music]. In the European-American jury, no one knows what the original songs were sung to, as opposed to books of the Torah and the prophets, where there are songs. There’s my green light to compose anything I want to. What is interesting was that the melody came first. Beyond that, it became another rhythmic way of working; I am constantly changing meters in groups of twos and threes. Did that come from my Jewish heritage? In a sense it did, because I wanted to study it. The text meant something to me. I looked at it as a gift, and an unforeseen gift at that. Situations that occur in the world will trigger my involvement. It’s not so much that I seek them out, but more like they are thrust upon me.

“I was walking down the street in London one day, and saw St. Paul’s Cathedral. I thought that I’d just pop in, and when I did they were playing one of my pieces totally randomly. It was one of the most beautiful things that ever happened to me. It’s so thrilling, but in a quiet way.”

Nico—[“Tehillim”] felt like a turning point in your music.

Steve—Before it, pieces were pretty much determined by formulating a pattern and then elaborating upon it. For instance, here is drumming. [Beating on surface.] That’s it—everything is elaboration. In “Tehillim,” I literally sat down with a book in Hebrew and English on the piano with a tambourine. I went through the text, and when I hit the 19th Psalm I just sang the Hebrew over and over—something I could say to anyone in any religion. [Singing in Hebrew.] Suddenly, many composers like yourself and many, many, more who preceded us for a long time popped in my mind at the same time: 1-2-3-1-2-3-1-2-3. After moments of reflection, Bulgarian music and [the] changing meters in Stravinsky came unbidden out of the archaeological sludge of my brain from 10 or 15 years earlier. Who knows why.

Nico—It’s like a syncretic religion: two things that make sense together. What drew you to those texts?

Steve—The criteria was that it had to be something that I really believed was useful information for everybody—not just Jewish people.

Nico—Psalm 150 is one of the greatest opportunities for any composer.

Steve—You bet! You really have to step up to the plate, man. There’s some very heavy competition there.

Nico—Exactly! It’s scary too, because it has to be clangorous. One of the things that I struggle with in the sacred music of the tradition that I write, which is Anglican, is there’s an urge to make everything very, very sweet.

Steve—You know more about traditional Anglican music than I do, but the emotion that I get is very British, very strained, very straight. Therein lies its contained power rather than its letting-it-all-out power.

Nico—Contained versus ecstatic expression. Or the terrifying expression, too. When you’re looking at the Old Testament—is that this is scary? The idea of this enormous power, there is this element—fear is the wrong translation, but of awe.

Steve—Right. The Hebrew root: yud-raysh-aleph is common to both verbs “see” and “fear”—or better “to be in awe of.” The awe of God is tied to being aware of God’s presence. If that is with you, it’s going to change your daily life.

Nico—Existing behind and above everything in a kind of pervasive fabric. As you say, it’s a piece of concert music using sacred texts, but, for me, it accesses a genuine sacred space in a way.

Steve—Have you had any of your pieces done in church as part of a service?

Nico—Yes, of course! Tons! I’ve written a bunch specifically for it. For me, it’s incredibly moving, because no one claps, no one cares. It functions in the same way that incense functions, where it’s about the atmosphere. If you can encourage people to look upwards, then the composer vanishes, the craft and the piece vanishes, and it all kind of perfumes. I do want some of these pieces to be as anonymous as possible. I was walking down the street in London one day, and saw St. Paul’s Cathedral. I thought that I’d just pop in, and when I did they were playing one of my pieces totally randomly. It was one of the most beautiful things that ever happened to me. It’s so thrilling, but in a quiet way.

Steve—You really entered the canon in every sense of the word! 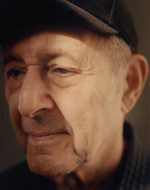 Nico—What are you writing right now?

Steve—It’s “20 Soloists and Orchestra,” which sounds like a crowd, but those soloists are sitting in every orchestra on earth, and they’re all the first-chair strings and the first-chair winds, plus two [vibraphones], and two pianos, which, if you add it up, is 20. Have you ever looked at your own piece as a model?

Nico—In a weird way, yes. There was a period of time when I was interested in the same idea, which was to start a piece in a cadenza-like material that then secretly reveals itself as rhythmic material. I wrote like five or six of them, and then I stopped when I realized that the first one was the best and the last one was the best and that the ones in between were sort of stressful experiments. [Laughing.] The last one I wrote, which was called “Keep in Touch,” was for Nadia [Sirota], one of my oldest collaborators. You know this, you need your bands—you need a safe space to see what works and what doesn’t. Do you feel like you’re going to write a million more stage pieces like “The Cave” or “Three Tales”?

Steve—I’d have to have a burning idea to make that happen. No, right now, there are two things in front of me: one, “20 Soloists and Orchestra, ” and the other project is completely different, and came about unbidden. I’m supposed to do a collaboration with Gerhard Richter. He asked me to join him about seven or eight years ago at an exhibition in Cologne to play “Drumming Part One.” A few years later, I was contacted by Alex Poots, who now has taken over the Shed. He said that Richter wanted me to have this book called “Patterns.” Richter, who is 85 now, is constantly coming up with new ideas, and he took an abstract painting from the 80s and put it into a computer to cut it in half and then cut each of those halves in half and inverted or mirrored some of those quarters. What he’s done is invented a system of subdivision that works for his visual purposes. It obviously can be applied to a work in time. It’s a very stimulating idea. It’s the only idea that has come out of a visual art that is applicable or at least possibly applicable to art in time, because that’s the profound difference in visual arts and music. We’re in time. They are not. He was proposing something that really works on both sides. A collaboration is planned for the spring: the computer manipulations of painting will be projected in the concert hall at The Shed and elsewhere. I’m not a music-movie guy. What intrigued me is the relation between what he has done and what I have done in response to it.

Nico—It’s not, I’m inspired by, but that we’re walking down the same set of stairs. Did your early works ever feel so radically experimental?

Steve—At the time they felt like exactly what I wanted them to—it always does. I had a very clear and systematic view. I’m less systematic as I get older, but I am more specific: I wanted no music with changes of pitch or tambour, and everything would move ahead by changes of rhythm. That is a very self-limiting and specific set of orders. Gradually, I moved into traditional western musical organization—harmonic organization—opposed to purely rhythmic processes. [Laughing.] I knew I was off doing something unique, but that wasn’t the motivation. That was the fact of the matter—I was just dying to do it. I don’t have any one technique that I use exclusively today. Every move since “Music for 18 Musicians” has been a move toward freeing myself more and more from those strict and early pieces looking for systematic clarity. The Richter project is very challenging. I haven’t felt like this in 40 years. 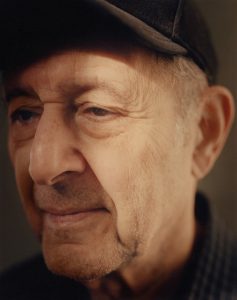