The Japanese embassy would like to reiterate that the country’s restaurants are not serving human meat.

A fake news site has been spreading a story about a new restaurant in Tokyo that serves human meat. The website goes on to say that, in 2014, Japan relaxed laws around the consumption of human flesh where life can be exchanged for a $1,000 steak. . The story emerged as part of the Associated Press’ ongoing effort to fact-check misinformation.

“The statement follows presentation of the false claims as news in a post by website worldtruth.tv, which suggested an unnamed Argentinian tourist sampled the meat at a restaurant called Edible Brother and that young people are making deals to sell their bodies in return for payments to their families.”

Satire might actually be able to motivate you to save the republic, according to new research.

As clips from the Daily Show or John Oliver’s Last week tonight whizz round the internet, some have criticized this form of political engagement as nothing more than smug millennial slacktivism. But in a new paper in the Journal of Communication, scientists partnered with Second City Works, a marketing offshoot of the legendary improvisational theater troupe in Chicago that launched the careers of Bill Murray, Tina Fey, Amy Poehler and other Saturday Night Live alums to figure out the impact of political satire on actual engagement. What they discovered was that the funnier the video, the more responsibility the viewer wants to take on their own impact on the environment.

“This was a particular type of humor. It was very silly. The clueless weatherman was the butt of the jokes. But if you look at the kind of satirical commentary like John Oliver does, there is a bite and a target: industry or the hypocrisy of politicians, for instance. Our next project is looking at whether we can combine humor with this biting, anger-inducing satire, and if that can promote even greater motivation to take action.” 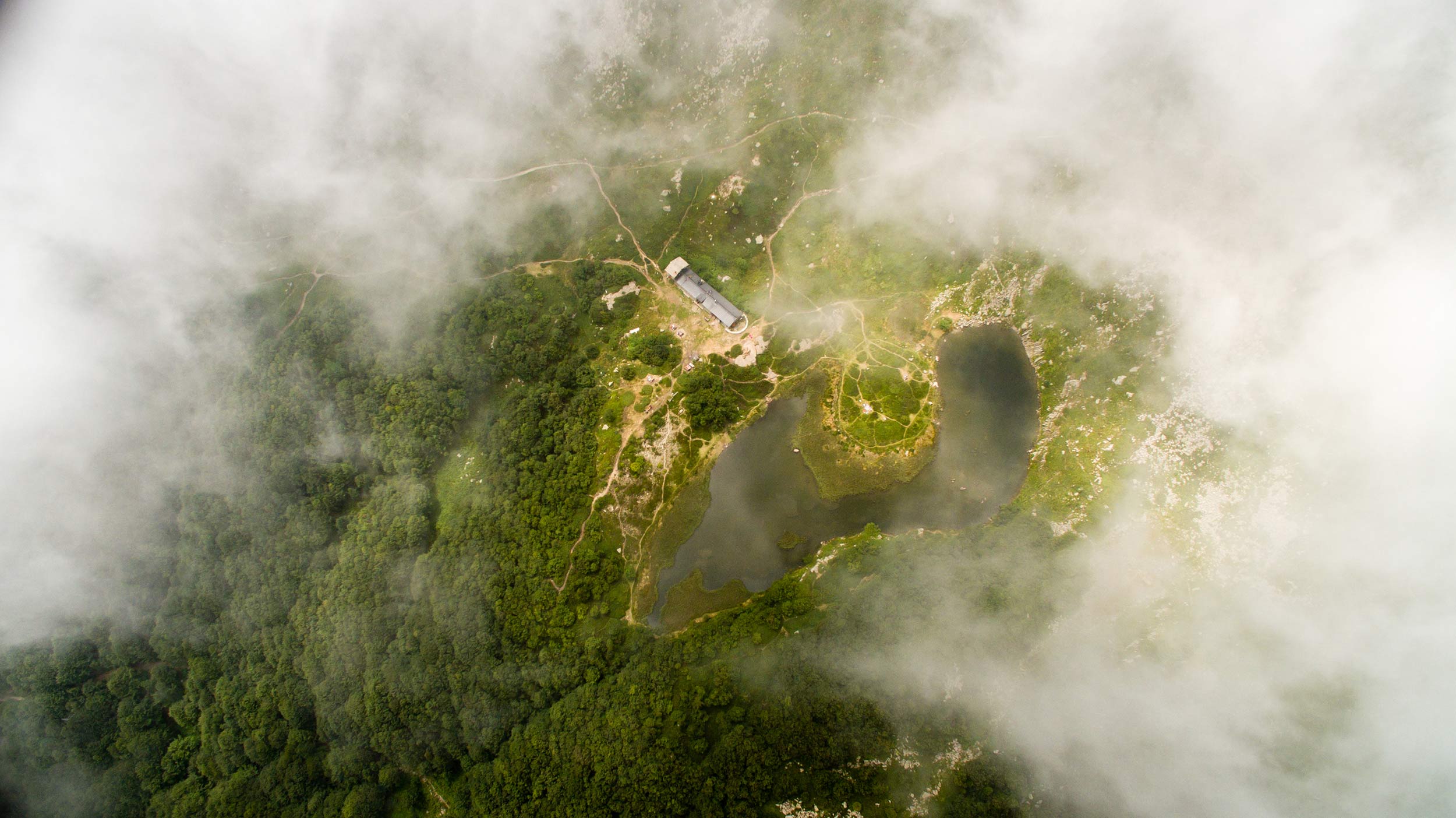 Drones are becoming the latest tool in the water conservation effort.

As the acute water shortage in Cape Town is making other cities across the world take note of how water isn’t an infinite resource, a professor at the University of California is in the process of using remote sensors and drones to monitor hydrology across various landscapes. The drones will try to map the impact of drought and other stressors on habitats, agriculture, and urban environments, by monitoring how smaller bodies of water contribute to the overall ecosystem. Pacific Standard magazine spoke to Todd Dawson, the lead investigator about the California Heartbeat Initiative-Freshwater.

“We want to come to a better understanding of our freshwater resources here in the state of California. We can look at the major rivers, things that are gaged, and things the California Water Resources Control Board measures easily. We know lots about those. But those are usually just all the big rivers. Not really all the small streams or the tributaries or things that are out there in the landscapes that few people ever visit.”

It’s nearly impossible to find a meaningless flag. When one was placed on the moon, it marked a total shift in how we perceive the world. A waving white one is an international sign of a truce. Even when they’re at half mast—they’re arguably even more significant then when they’re flying free at the top of a pole. In his latest project for New York’s Creative Time, Jeremy Deller has created “Don’t Worry Be Angry,” a bright red flag bearing the same text (with sad face) to be hung at art institutions across the U.S. The piece is apart of Creative Time’s “Pledges of Allegiance” series which also includes political artworks by Yoko Ono, Nari Ward, and LaToya Ruby Frazier.

“We realized we needed a space to resist that was defined not in opposition to a symbol, but in support of one, and so we created a permanent space. The flag seemed an ideal form to build that space around both practically and symbolically. I hope it’s pretty self-explanatory.”

The math behind why Selfies are changing how we see ourselves.

Beauty is in the eye of the beholder, but in the age of smartphones and social networks, beauty is actually in the angle or the parallel planes perpendicular to the main camera axis. Scientists at Rutgers New Jersey Medical School, have released a report on the possibility of selfies distorting self perception. One example: the average camera phone distorts the size of a nose by 30 percent. Selfies, says Boris Paskhover, an assistant professor at Rutgers New Jersey Medical School, who specializes in facial plastic and reconstructive surgery, are the leading examples patients offer to him when requesting nose reduction work.

“Young adults are constantly taking selfies to post to social media and think those images are representative of how they really look, which can have an impact on their emotional state,” Boris says. “I want them to realize that when they take a selfie they are in essence looking into a portable funhouse mirror.”

The Economist writes a compelling obituary for the word “whom.”

When the financial and economic magazine ran a headline on their front cover asking “Who Cyril Ramaphosa should fire,” a reference to the South African president, it led to a torrent of complaints. Surely the paper meant to say whom rather than who? Instead of offering up grammatical fealty, the paper launched a thorough rebuttal on the demise of the word, ultimately decreeing that “whom” should only be allowed to live on in courtrooms and prayers.

“Yet fans of whom might ask, how can you dispense with case without throwing out intelligibility? It’s important to know what word in a sentence is the subject, which the direct object, and so on. That is true—so true that every language on Earth has a way of solving the problem, whether it has cases or not. In English and other case-poor languages, from Swedish to Vietnamese, the solution is word order.”