Despite the assumed differences between any parent and child, this creative pair are strikingly close in questions of creativity, freedom, and the society-altering powers of the internet.

George Orwell once wrote, “Each generation imagines itself to be more intelligent than the one that went before it and wiser than the one that comes after it.” It’s true that a comparison of generations is a reliable way to inspire disagreement. Mutual recrimination often sees the youth mock the technological inability of their elders who, in turn, reprove their entitlement and perceived apathy. The unstoppable rolling stone of’ ’60s cultural progression against the hyper-freedom of the present day has long been a creative gulf from which to draw inspiration and verve, inducing, perhaps, a modesty in all things art, life and love.

It’s why Document’s guest curator Francesco Vezzoli suggested we explore the chasm between generational perspectives. We could think of no better creative representatives than Silvia Venturini Fendi and her daughter, Delfina Delettrez, each highly successful creatives, from wildly different generations, to discuss creative outlooks, buying property, and the influential artists of  their formative years with fashion editor Divya Bala.

Divya Bala—How, in your opinion, have cultural rules shifted over the last few decades?

Silvia Venturini Fendi—It is almost impossible to think of anything we are experiencing these days without talking about the internet. The constant exposure is a powerful tool, but right now I think it is also a form of behavioral control.

Delfina Delettrez—The use of media and the internet have, of course, shifted the rules. Every now and then, humanity seems to create tools so powerful that it becomes difficult to fully comprehend or be able to use them properly. The internet is surely the tool our time has to comprehend and only once we do, we might be able escape from it rather than being submerged by it. It’s such a powerful tool that needs to be used, not abused, in the most positive of ways.

Divya—Do you think Millennials, for instance, are more conventional than their parents?

Delfina—I wouldn’t say so. Somehow, it’s easier for me to understand my mother rather than my sister! I wouldn’t say conventional, I would say safer. They are more conscious and aware of things. Millennials pursue a work-life balance over risk, money, and success. Quality of life is truly important and can influence their business choices.

I am fascinated by Millennials who embrace a ‘hippie’ way of living: they work from their RV’s, always on the move, but are constantly connected to reality through their devices. They want stability, with open doors to escapism and freedom. They pursue quality of life and are more into style of life than the ‘stuff’ of life, refusing possessions. There is a strong ‘virtuality’ mixed with going back to one’s roots—a modernity with a hippie, ’70s vibe.

So many friends of mine are buying land on which to live and open their business by cultivating it. These people are a prototype of future generations, the perfect balance between the natural and the artificial. They exist somewhere between modernity and tradition. But again, I wouldn’t say conventional, I would say quite adventurous with their choices in life. Big workers with an hedonistic attitude.

Silvia—I believe it’s quite hard to judge an entire generation, so it is impossible to think of judging the two simultaneously. On the other hand, I have to say that acceptance in general seems to be very important these days, and I believe social media plays an important role in this. To be linked in an almost parallel world is to create a disassociation from the one we are really living in.

Divya—Would you say this generation is taking a step backwards when it comes to artistic freedom and courage?

Silvia—I don’t necessarily think it has to do with courage but rather with consciousness. The ease with which we are exposed to images and information, as well as the speed with which we absorb them, makes it somehow harder to look inside of one’s self, where an artist, at the end of the day, should always go back and check.

Delfina—Nowadays, acceptance is too central and important, and so is self-promotion. This, unfortunately, is often driven by imitation. It seems to me that social media plays a major role in this. But, it’s not just the medium that is the problem. It’s the way we are using it. Independent fashion designers, for example, have so much to think about. You can easily lack courage even with all the freedom at your hands. You need to be ready in every moment. Always keeping in mind that your brand can ‘explode’ and enter the market like a meteorite. There is a lot to invest in in order to be ready. If you aren’t ready, you loose this opportunity. There isn’t the organic growth in things anymore.

Divya—Is there too much freedom, artistically and culturally, for this present generation to handle?

Silvia—Boundaries move alongside humanity, assuming different shapes each time, so I don’t believe there could ever be too much freedom.

Delfina—I personally believe in absolute freedom. There isn’t a more electric word than ‘freedom.’ But, of course, there is the good side and the bad side. You can easily feel lost in too much freedom. Millennials are raised being told, ‘Everything is possible.’ Limits aren’t necessarily a bad thing because, when everything is possible, it can be difficult to focus on one thing. There aren’t expectations or our parents paths to continue. We can choose to become who we want. Many from my generation are experiencing an emotional paralysis, the paradox of choices—the more you have, the less satisfied you are. There isn’t anymore the sensation of going against what your parents expected from you. The sense of rebellion is almost lost. 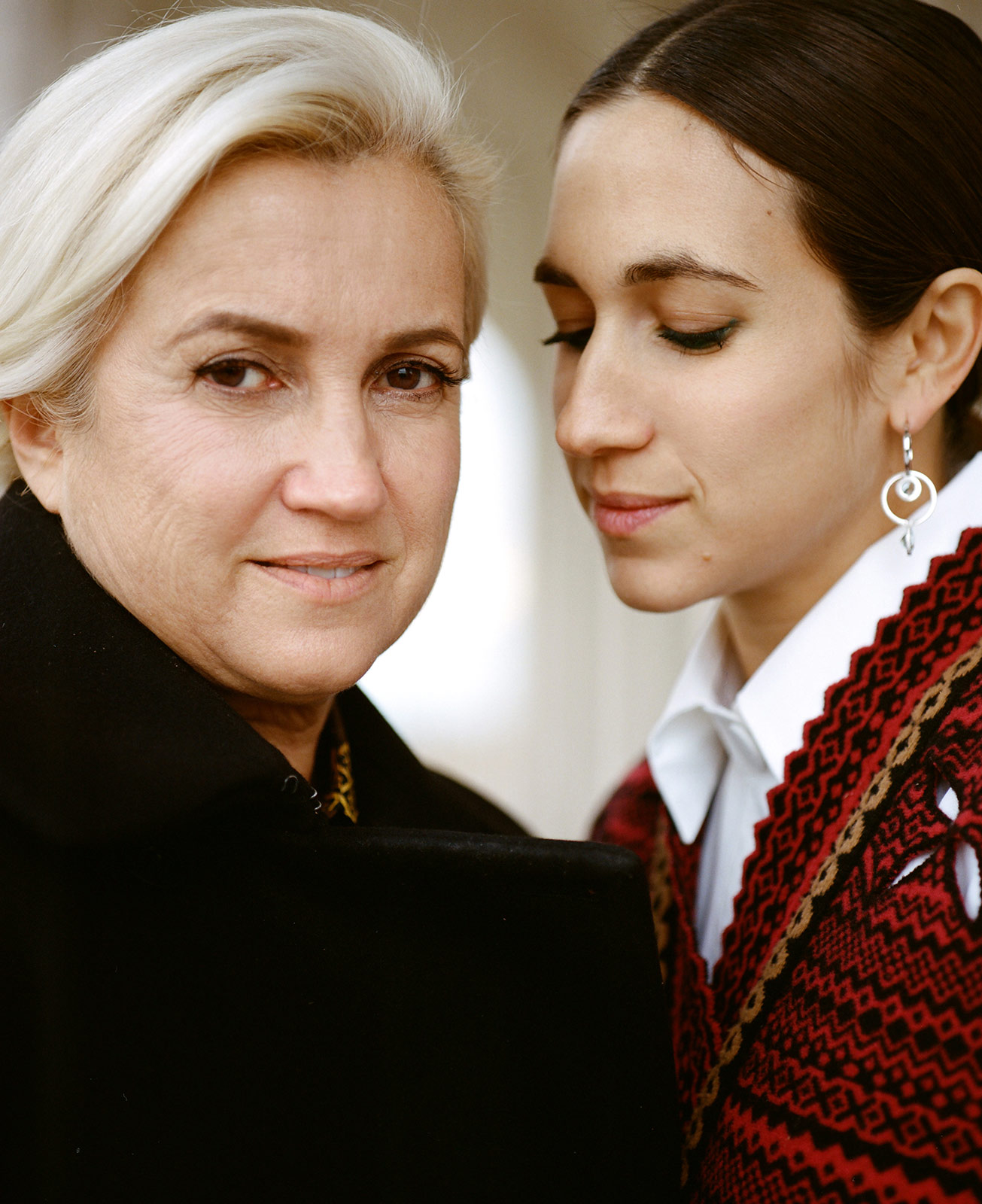 Divya—Who, from your generation, was/is the most daring, boundary-breaking artist or designer?

Silvia—I think of Andy Warhol and his incredible, natural ability to mix different forms of expression, as well as people. I find myself thinking about his Factory quite often. And I have been thinking a lot about the wonderful architectural cuts of Gordon Matta Clark as poetic and powerful gestures that have been inspiring and influential in the past—and will be so too in the future. Not only for artists, but also for architects and designers.

Delfina—I would choose Alexander McQueen. He had an incredible and natural ability to tell stories. Not just with the amazing visual poetry of his shows but also with his incredibly beautiful clothes. He was putting so much thought into everything that he was the perfect example of how fashion isn’t something superficial. He showed us that you can really push the boundaries of what a fashion show is.

Divya—What are/were the most exciting places for the artists, thinkers, and creatives of your generation to gather in? What might this say about these different periods and their attitudes?

Silvia—I have to tell you the truth; I do not know. I am not interested and never was about the places where people meet, or better, where they should meet. My impression is that more and more artists and thinkers will move away from the cities in search of silence and peace.

Delfina—While meeting on the web is becoming more and more common, somehow, when we manage to meet without it, things seem to be more inspiring. The place, somehow, is not as important as it used to be, but time definitely is. Time is the most vital and precious thing we have. And giving time to others seems so difficult nowadays. But, still, it’s the exchange and communication between beings that is the most inspiring thing we have.

Divya—How much of a responsibility do citizens and artists have in maintaining a free culture?

Silvia—It is totally and completely our responsibility to maintain freedom and to listen to younger generations and their critics in order to be able to move forward.

Delfina—When we talk about freedom, there shouldn’t be the need to specify whether you are a citizen, artist, or politician— we are all equally engaged to fight for a free society. The search for freedom is something that belongs to humanity in general.

We all have a vital function of providing freedom to our society, constantly pushing the boundaries and helping to define the rules and liberties of tomorrow. Art stays the last and strongest voice of freedom. 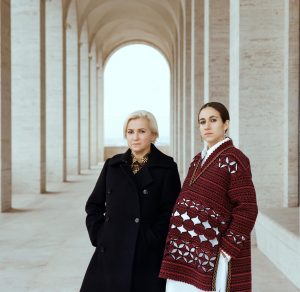 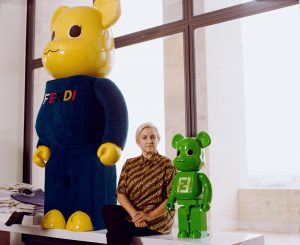 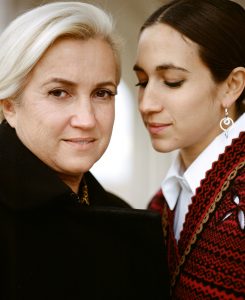